Andres Zambrano recreated a Bloodborne Hunter and shared the details of his workflow for clothes, textures, modeling, and presentation.

Andres Zambrano recreated a Bloodborne Hunter and shared the details of his workflow for clothes, textures, modeling, and presentation. 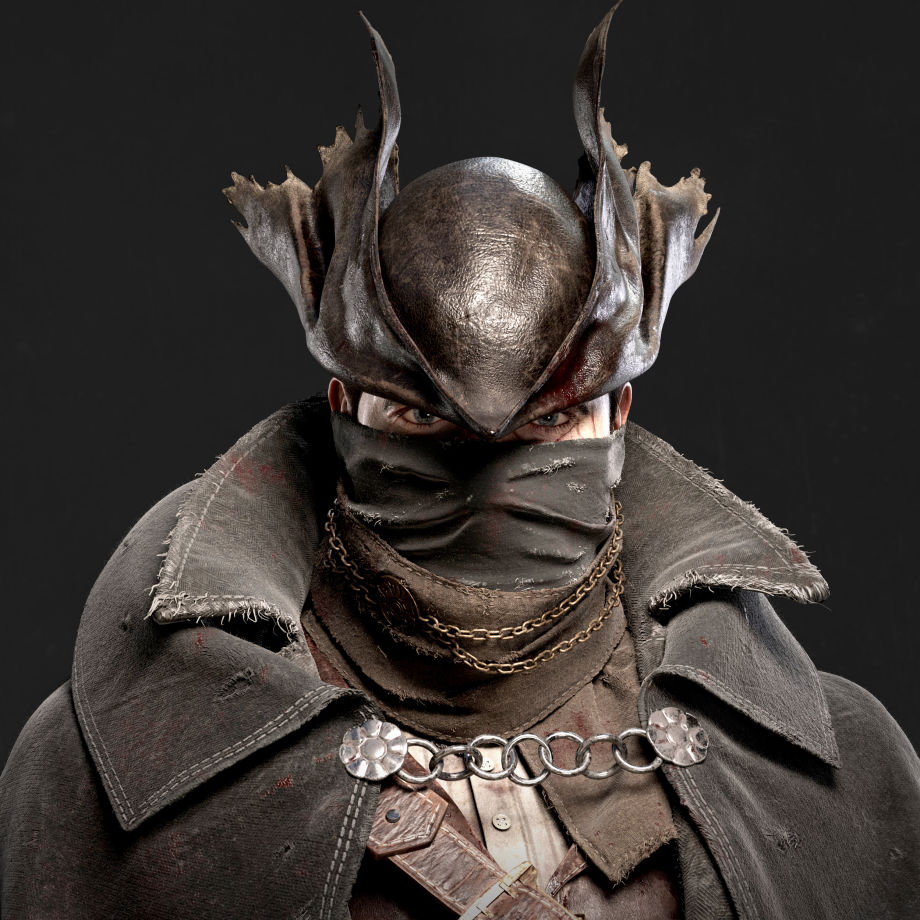 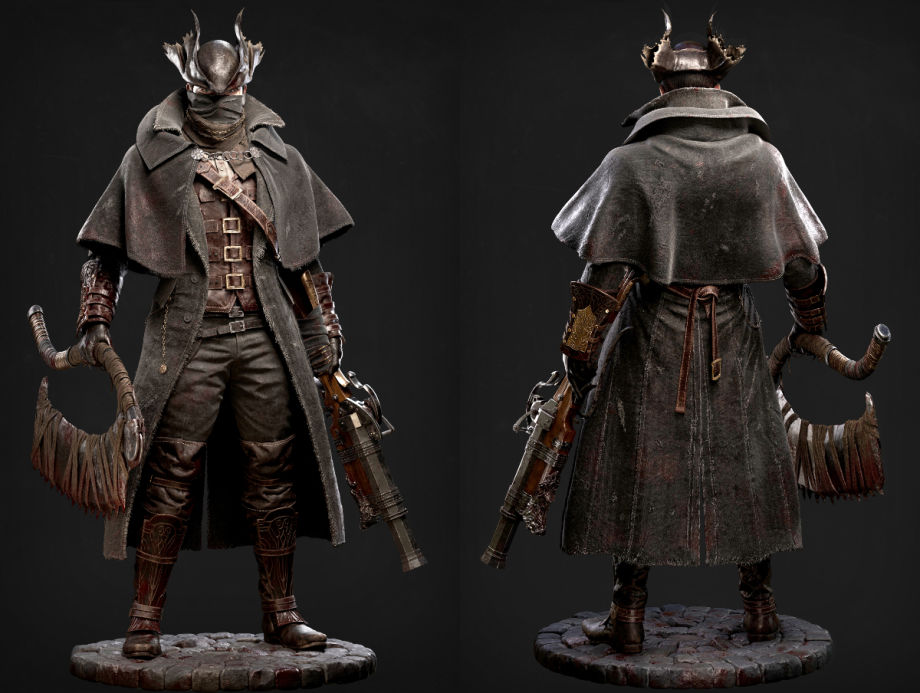 My name is Andres Zambrano, I am originally from Venezuela but moved into the United States when I was 13 years old and have been living here for 12 years. I always had a fascination with 3D animation and video games and so I decided to try out 3D when I was in high school and have been learning it ever since. I originally wanted to be a 3D animator but I always lacked characters that I wanted to animate, which made me decided to learn how to 3D model them myself. This quickly became my new passion and my primary discipline. I attended the Art Institute of Tampa in order to learn all the fundamentals I was missing and meet people who shared my passion for art, as well as develop other complementary skills like rigging, animation, texturing, and 2D art. I graduated with a bachelor of fine arts in Game Art and Design in 2017. After that, I’ve been working on making game assets for some Kickstarter projects with friends I met in school as well as refining my skills and updating my portfolio.

My main goal was to take a character model from a video game that I really love and make it as believable as I can. I wanted to make something equivalent to a cinematic version of the character. I also wanted to focus heavily on improving the way I render clothing as I had difficulty with making it look realistic and interesting. I always had a problem of making it look too clean and lacking noticeable texture. Finally, I wanted to work on a character that I could put some wear and tear on, one that told a story through the design. I am a fan of FromSoftware games in general, and Bloodborne has the most interesting art direction for me.

I wanted to try out Marvelous Designer since I’ve heard so many good things about it, so I started with a basemesh sculpted in ZBrush and then brought it into MD in order to learn it. I got some good results in certain areas but ended up sculpting most of the clothing in ZBrush afterward. The reason I sculpted them was that the references for this character showed that the overall shape of the coat as well as many of the wrinkles, especially on the back of the coat, and the kneepads were very specific and gave the character a very edgy and stylized look. I wanted to replicate that feeling, and sculpting was easier for me, plus, this approach gave me the most control at the end of the day. The main advantage of ZBrush is that if you have very good references and the time to sculpt properly, you can replicate every wrinkle and have complete over its quality and form instead of using simulations.

Marvelous Designer was very useful in creating the primary forms for things like the mantle/capelet as well as fabrics that have really deep and/or intricate folds like the mask, scarf, and the sleeves of the coat. I find that sculpting drapery that hangs or folds on itself is difficult and will not look as good unless it’s simulated. I still sculpted extra wrinkles, stitching, damages, and memory folds on all of these garments, however. My workflow in MD is to start with very simple patterns and see how they fit the character, then slightly tweak the silhouette until it looks closer to the reference. Most of the patterns that were used in the end were fairly simple rectangular shapes that were stitched on both ends – for example, on the scarf, mask, and the leather vambraces. I think that if the character had a more realistic or contemporary choice of clothing, MD would have been much more integral since you can find more suitable patterns online. 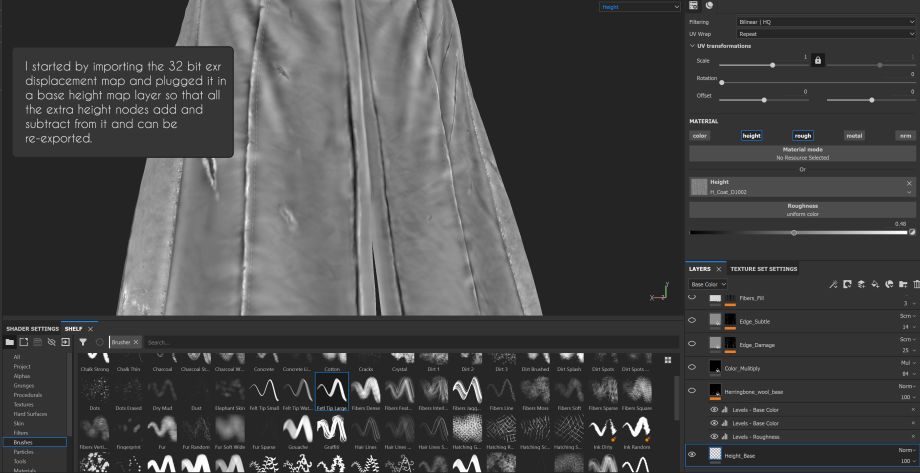 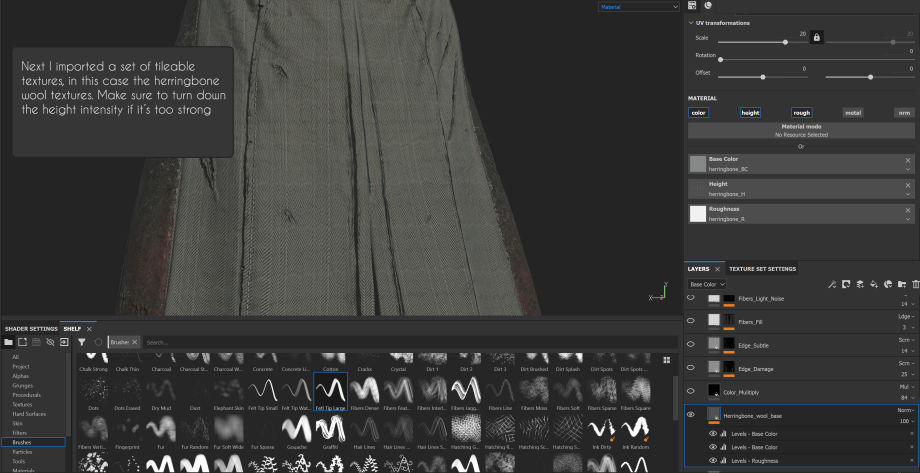 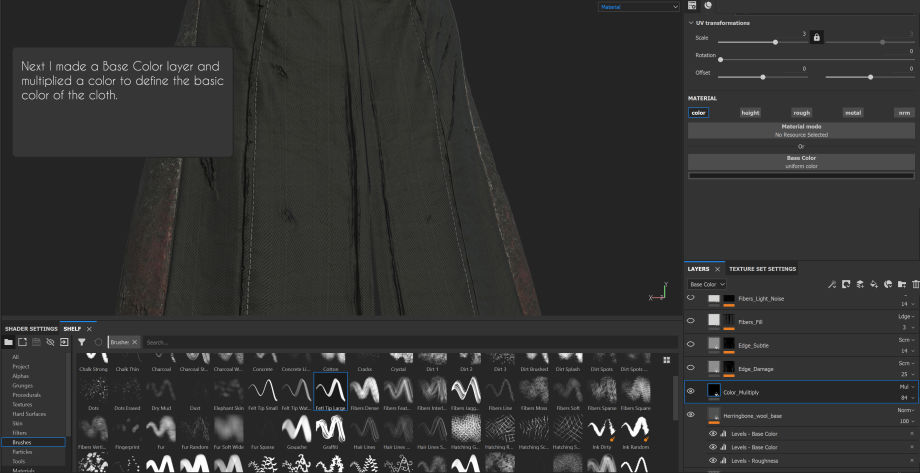 I created all of my textures in Substance Painter. I started with the coat since it was the biggest and the most damaged piece of clothing, and everything else derived from that material. I actually built this material from scratch. My workflow was to model a seamless pattern for wool, cotton, and linen in Maya, then use that to create a height map and a base color map which I could use as a base for the substance. I then added a base color and variations of that same color but lighter and darker, and masked with noise and cloud masks with high frequency to make the result look less uniform. Finally, I added general dirt, mud, blood, and sun bleaching layers to vary color and roughness more. 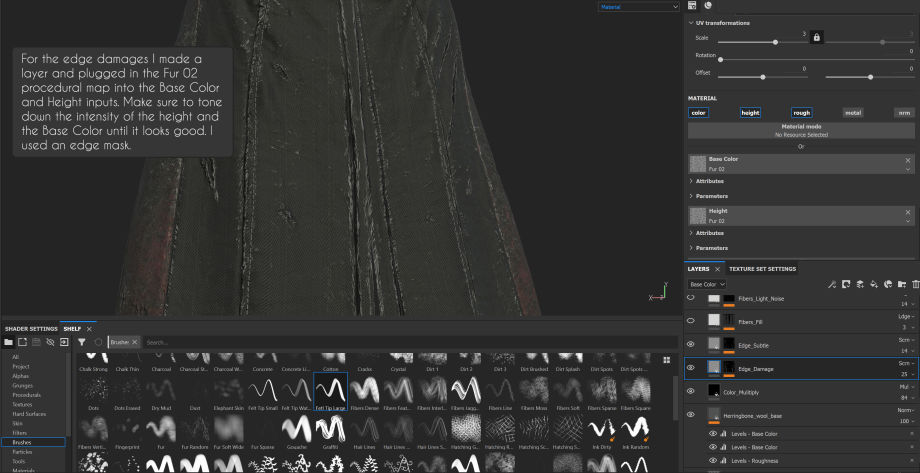 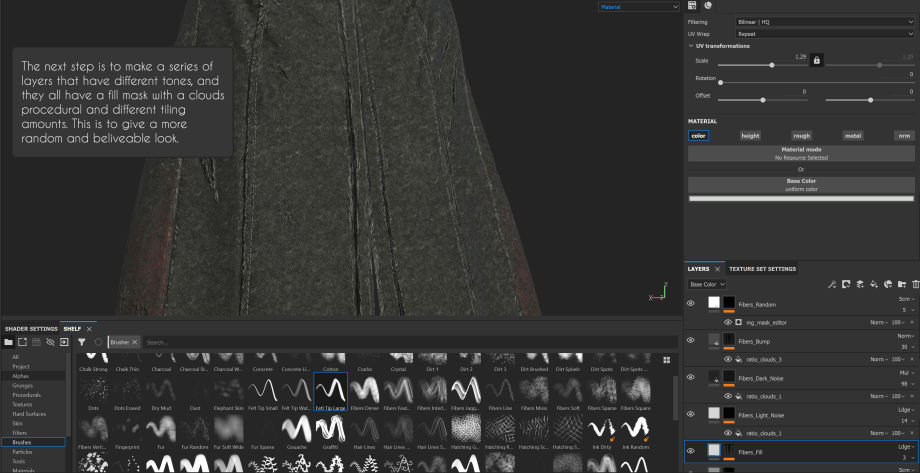 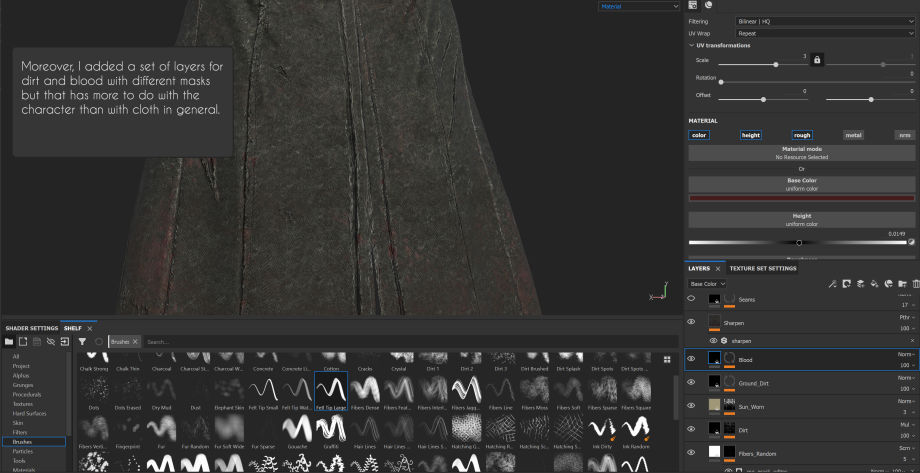 Adding damage was something I learned as I worked on this character. In Substance, I added a layer with an edge damage mask, and in that layer, I assigned fur to the height channel and the base color channel. This is what gives the look of damaged cloth fibers in many areas of the coat and all the other fabrics. I can say that I really had fun with this aspect of the character, and the texturing made the difference. The next part was to use XGen in Maya to generate “hair” in the areas of the torn fabric – this is how I made the threads stick out. XGen workflow isn’t very complex and involves using a density mask where I paint in the edges on the spots I want the fibers to grow from. Of course, I was only able to put that edge damage because I sculpted all the tears in ZBrush and used Substance Painter used when baking a curvature map.

The armor plates are modeled with hard surface techniques in Maya and 3ds Max. The chains are just one chain-link model that was unwrapped and then made to follow a curve/spline around the neck with a path deform modifier. For the armor, I modeled a basic shape and then drew the curvy ornaments with splines which were then given thickness and welded together at points. After that, they were unwrapped and sculpted upon a bit. I wanted the ornaments on the armor to be separate elements so that they always retained their crisp hard surface forms and didn’t rely on height or normal maps of the armor base. Otherwise, they might have turned out less defined and harder to texture, I think. 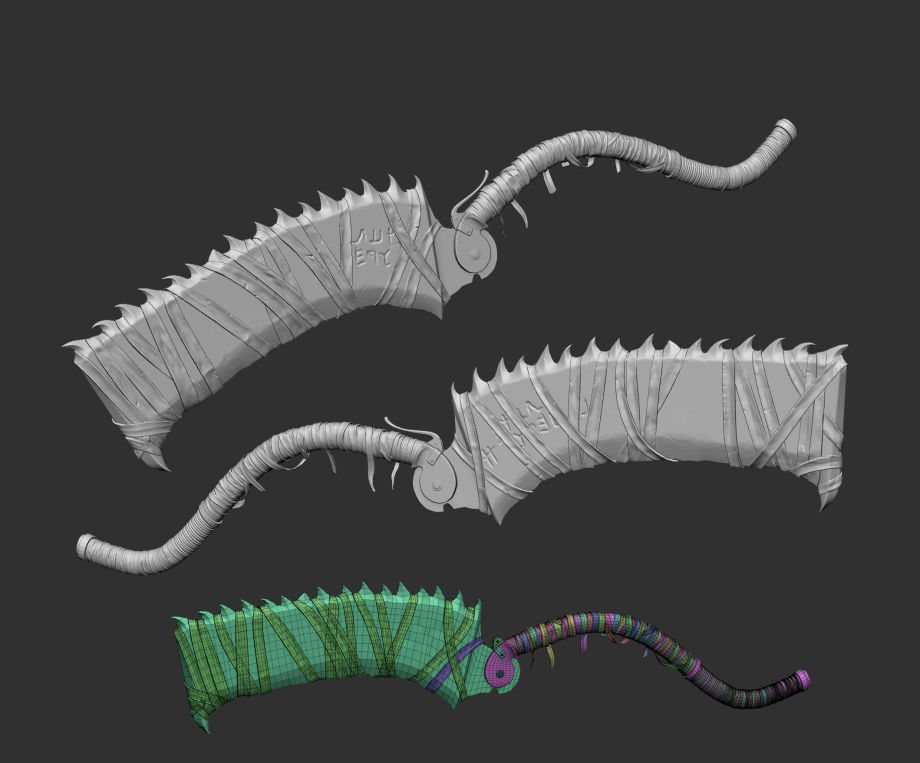 I usually render characters in Marmoset Toolbag since I mostly have been working with real-time models while learning CG art. However, this character was rendered in Arnold for Maya since that would allow me to get the highest fidelity possible and render all of the clothing and hair fibers easily.

I would say that the best thing that has happened in the CG world since I started studying it is the streamlined physically based rendering workflow adopted by a lot of engines, both for texturing/shaders and lighting. I find that setting up a scene in Marmoset Toolbag 3, Unreal Engine 4, and Maya is very similar. I like to have a subtle HDRI image that isn’t very strong but serves the purpose of adding some reflections and fill lighting with varied colors. Then I add a strong key light, mostly on top, almost like a spotlight, and some rim lighting to highlight the silhouette of the character. I think that being able to see the model really well is very important in presenting it but having some strong visible shadows can really add more interest as well as show the forms better than if they were perfectly lit evenly. 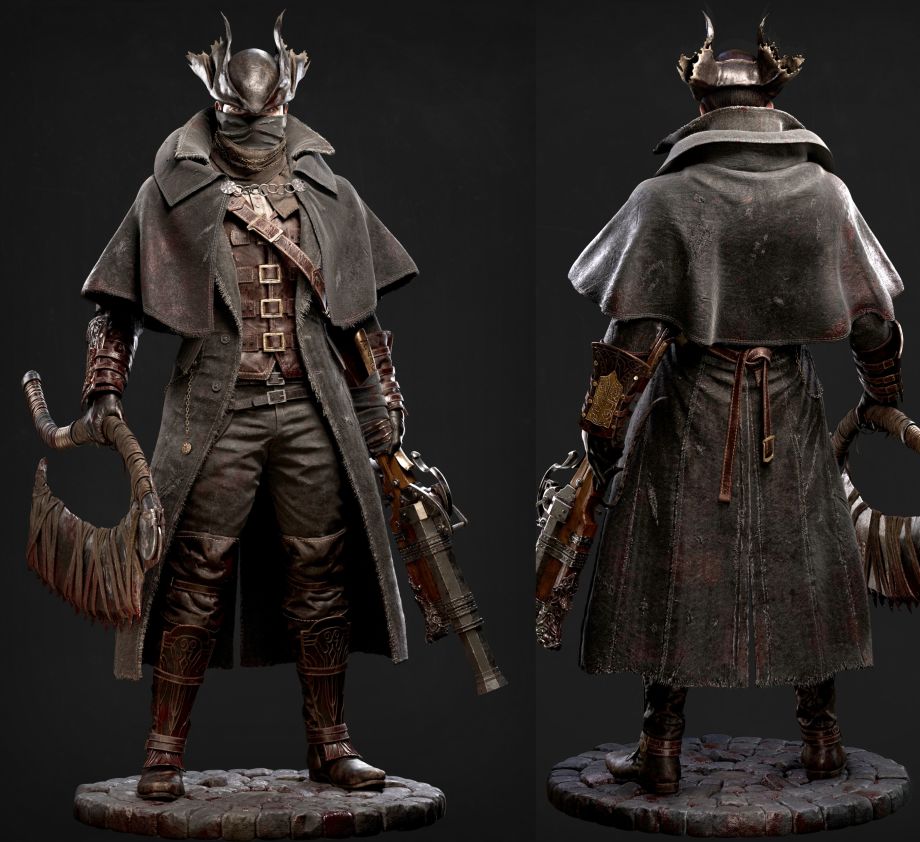