Sue Jang talked about his matte painting made at CGMA during the course Production Illustration for Matte Painters and Concept Artists. 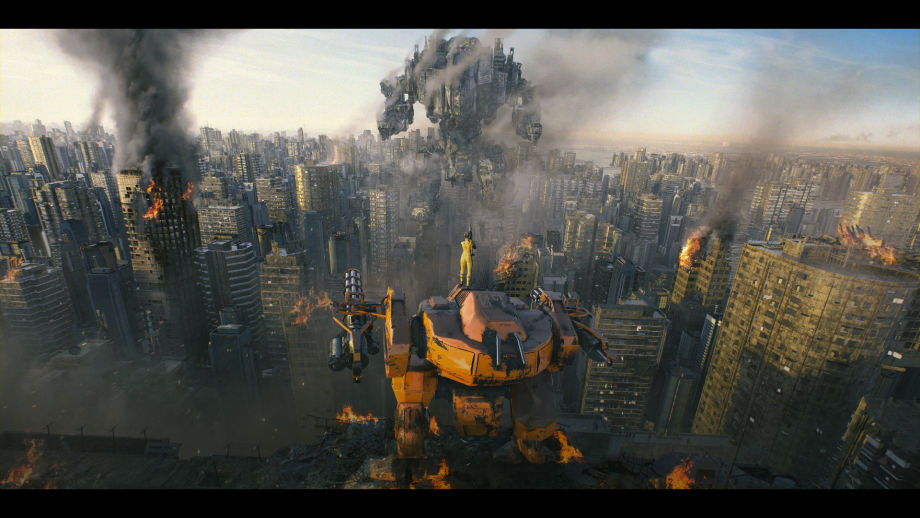 Hello. My name is Sue Jang. I’m a Freelance Matte Painter based in the United States. I graduated from the Fashion Institute of Technology with an Associate degree in Illustration and a Bachelor of Fine Arts degree in Computer Animation.

I got my first job as a 3D generalist at a boutique-sized studio called UVPhactory in New York where I spent 4 enjoyable years growing as a production artist. Afterward, I went on to freelance as a 3D lighting artist and worked at various production studios such as The Mill, MPC, Method Studios, Framestore, Psyop and more, mostly working on TV commercials. Some other fun jobs I’ve had the pleasure to work on include a music video for Bjork and game cinematics for Shadow of War and Assassin’s Creed Origins.

For the assignment for Nick Hiatt’s class, I simply wanted to make a dense cityscape and utilize a couple of Kitbash assets from KitBash3D.com. As a fan of anything with Giant robots, the idea of a Giant VS Tiny came about and I wanted to depict a little woman facing her greatest fear. 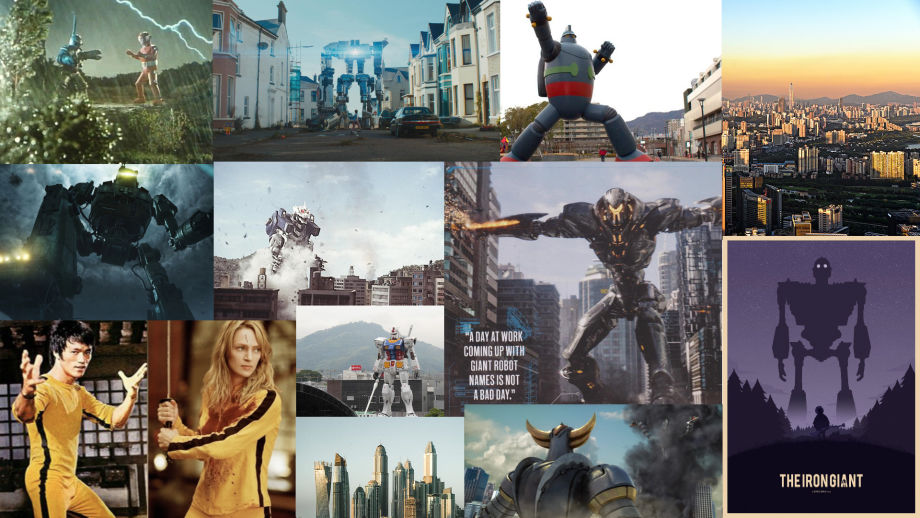 Prior to start working in Photoshop, I generally like to come up with a theme/rough story for the piece, as giving a sense of thematic purpose seems to help me stay motivated throughout.

Once the idea is somewhat solidified and sketched out, I spend a great amount of time gathering reference images until I find an image(s) that I feel could be a good base to start off with.

I then quickly put together a still with the desired sky/lighting direction which I then import into Maya as a background image to help layout assets in 3D space.

The original giant robot in the artwork is a 3D model made by talented guy name Jake Newton. I have come across his asset on CGTrader. The small mech is by Samuel Dube ‘Creativa-studio’, also from the CGTrader website. The female character is a standard Daz 3D asset. 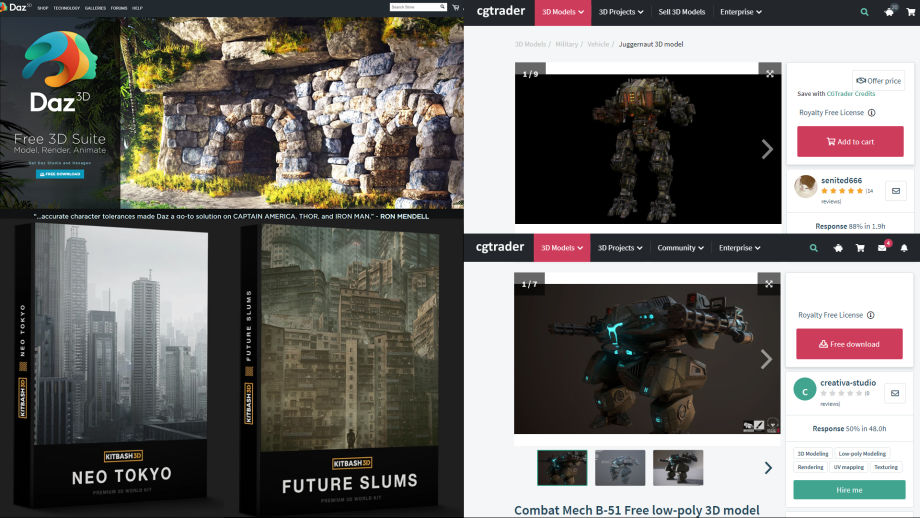 In terms of populating buildings, I utilize Stand-Ins to help keep things light in the 3D scene.

“Stand-ins allow you to keep your working scene light and workable by deferring the loading of geometry data until render time. It is possible to add huge levels of complexity to your scene with very little effort.”

Essentially, I made a Stand-In 3D building block asset which I then randomized and propagated in 3D space by duplicating, rotating, and translating. 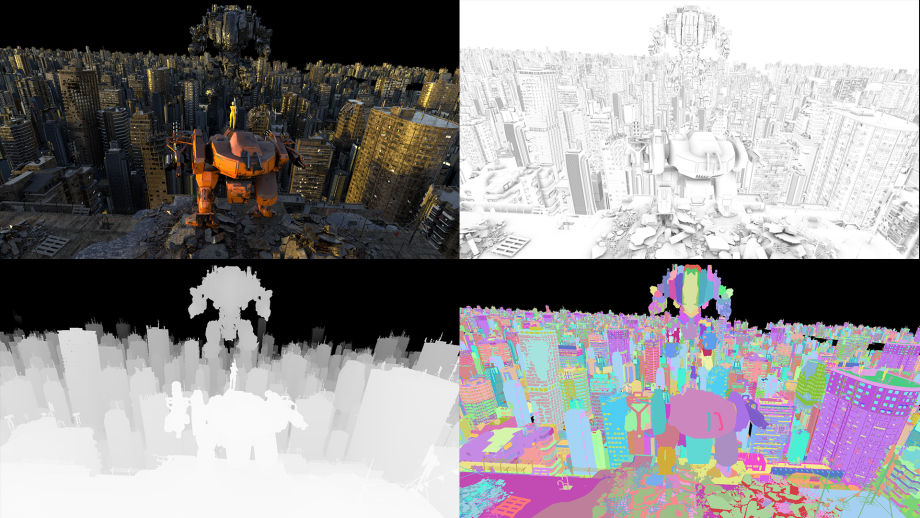 For fire, I used images from CGtextures.com. Smoke is a combination of found images from the internet and hand-painting. I think about flow and directionality when adding smoke and fire to help lead viewers eye around the frame. Hopefully, it is somewhat successful in the piece I did! 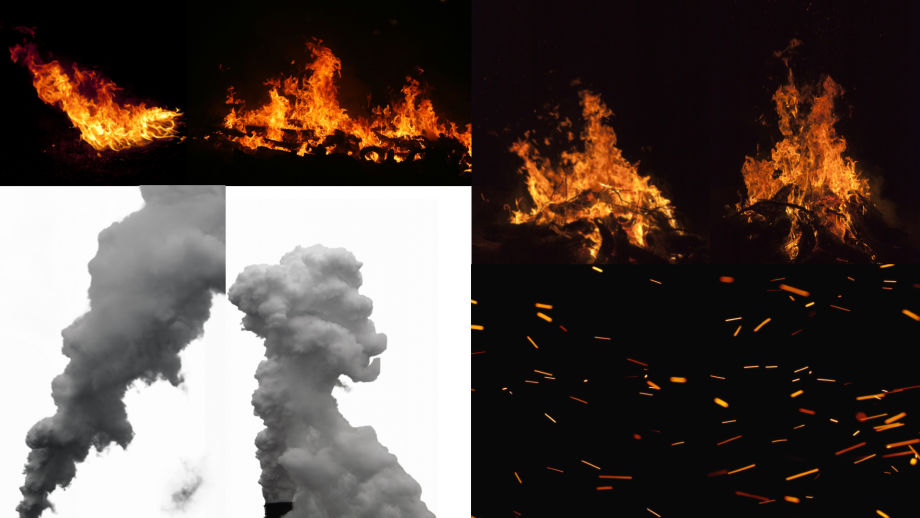 For more information on CG Master Academy and the Production Illustration for Matte Painters and Concept Artists course, please visit the CGMA website, or email 3d.registration@cgmasteracademy.com.