Artomatix has completed a funding round lead by Suir Valley Ventures totaling $3.1M. The investment will help the firm, with offices in Ireland and the US, accelerate international market expansion. Artomatix patented AI-powered software can “reduce the time needed for 3D material creation by as much as 80%” in industries such as game, automotive, archviz and industrial design. If you’re interested to learn more about the company, please check out our recent interview.

Artomatix uses neural-nets to drastically reduce the time needed to handle many aspects of the scan-based artistic workflow. NVIDIA awarded the firm $100K and the label of the most promising start-up in 2015. Since then, it has been developing its software and building its client base; it is now focused on using these new funds, totaling $3.1M million, to accelerate market delivery in the US and worldwide.

Artomatix Founder and CTO Dr. Eric Risser was kind to answer some of our questions about the investment.

How is this funding going to speed up development at Artomatix and what does that mean for our product roadmap over the next 12 months?

With the injection of fresh capital, Artomatix is more focused than ever on extending our leading position as the automation solution for the creative industries. In particular, we’re doubling down on the “scan-based workflow”, both within the games industry and outside of it.

What does that mean? Well, basically we automate all the cleanup and grooming that artists would typically have to do manually when scanning objects using techniques such as photogrammetry.

So what impact is this money going to have for Artomatix?

Well, first and foremost we’re ambitious and we want to move faster. This money is going to let us do that. We’ve got a big vision for ArtEngine. We’re likely going to double the size of our Research and Dev teams over the next six to nine months, allowing us to (1) increase the rate at which we add groundbreaking new features and (2) put considerably more focus and energy towards product stability and QA. 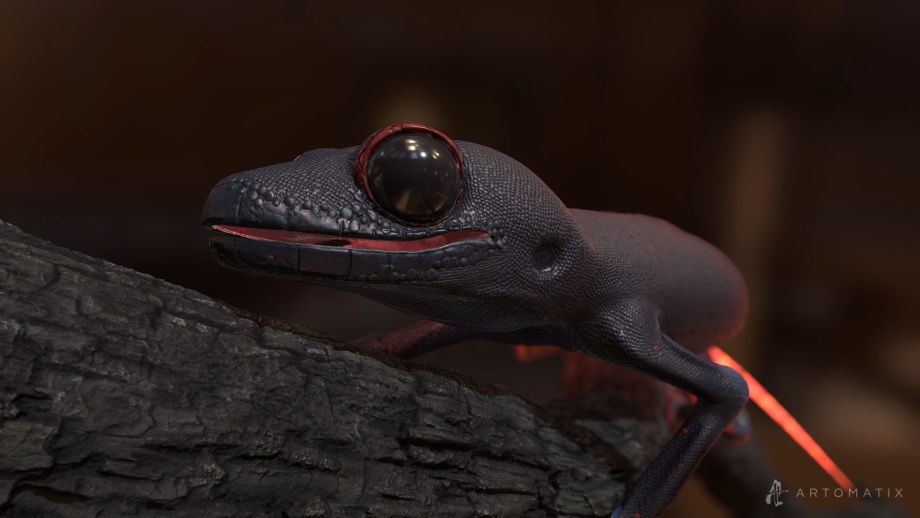 In terms of “black magic” features, our roadmap hasn’t changed a huge amount since our interview with 80 Level back in March, rather parts of it have been realized, parts have been re-prioritized and overall it’s grown based on industry feedback we’ve gathered through working with over 100 companies worldwide over the last year. Leading up to SIGGRAPH in August we released beta versions of two big roadmap items. (1) Material Remastering and (2) On-Model Synthesis. Our immediate priority is to continue improving and extending these features through their full release and to continue improving the features that already exist within ArtEngine.

Right now we’re finishing up a several months long overhaul to our core synthesis framework. Historically we’ve been very strong at synthesizing organic materials and weak at preserving the structures commonly found in man-made objects. This overhaul is going to change all of that. We’ve added a ton of new functionality under the hood, both for analyzing the patterns/structures within a texture as well as on the synthesis side, making sure that we generate materials that follow those patterns. We’re also increasing the resolution cap beyond 8k and speeding up the whole synthesis process, allowing us to introduce a real-time low-res preview mode and manual “touch-ups” to help quickly re-synthesize small areas of result that the artist doesn’t like.

So what do the next twelve months look like?

The next year is going to be very exciting for Artomatix. We’re going to continue improving ArtEngine in several key ways. Today we’re the tool of choice for anyone who’s serious about scanning, but ultimately we see ourselves bringing automation and adding value for all artists. We’ve also been working on a secret project for the last two years which we’re going to announce soon. Stay tuned!

According to a 2018 report by Knowledge Sourcing Intelligence LLP, the computer graphics market is expected to reach US$212 billion by the end of 2023 (up from US$151 billion the year before), due to hyper-growth in demand, driven by new platforms like AR/VR, increasing internet penetration and smartphone usage.