Have a look at an excellent article by Denny Yeh that will take you behind the scenes of the level with Kratos meeting Baldur for the first time.

Have a look at an excellent article by Denny Yeh, a Combat Designer from Santa Monica Studio, that will take you behind the scenes of the level with Kratos meeting Baldur for the first time. God of War’s boss fights have always been epic, but this time was special as the team had to make a fight against a smaller humanoid look better than a clash with a giant beast from previous parts.

We knew we needed to do something just as epic in the new God of War, so when it was decided that the opening boss fight of the game was going to be against a smaller humanoid that was only about as tall as Kratos’ shoulder, we knew we were in for a big challenge. This is the (greatly condensed) story of how we created the boss fight with “The Stranger,” aka Baldur. 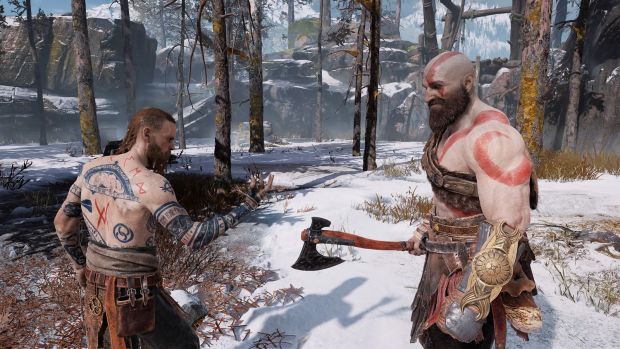 So, how do we make fighting a guy this small feel as big as fighting the giant bosses of previous God of War games? We do the opposite of what we always did: zoom the camera in closer! 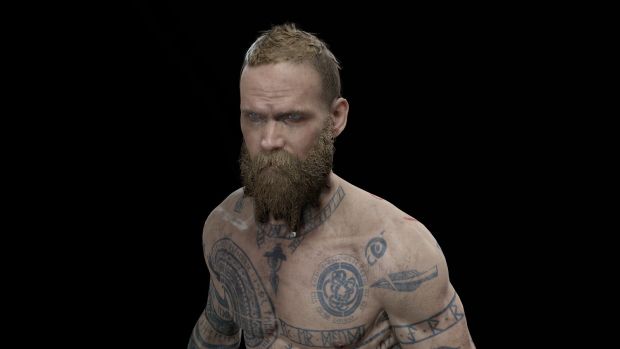 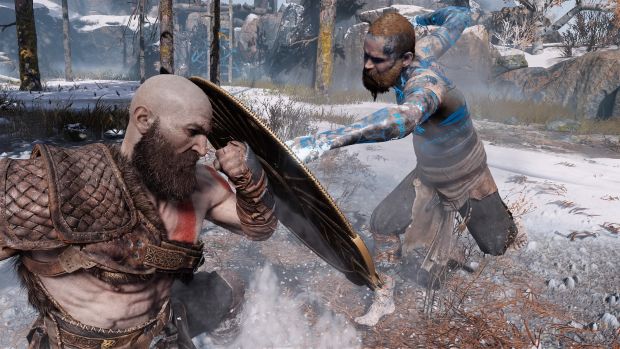 The close camera would help to sell the impact of each punch. These were two gods trading blows, so each hit needed to resonate with incredible force. Much of our early development time was spent on the “feel” of the fight. We wanted the player to feel like a god fighting a god, with the environment around you paying the price.

We began with our animator, Fabian Johnston, doing some exploratory animations. These helped set the tone of the entire fight. It was not long before we had them running in the game, with a whole bunch of breakable objects sprinkled about. This first prototype focused on answering a few questions:

As you can see, things were pretty rough at this early stage. However, it was already fun to control Kratos versus Baldur and to experience all the over-the-top reactions while playing. It was especially fun trying to angle the camera to knock Baldur through trees and rocks. This early prototype helped set expectations on how the fight would feel in the end.

We also discovered one big bonus to fighting a smaller character like Baldur: he was more fun to beat up. Hitting Baldur and sending him flying 50 feet was way more satisfying than hitting a giant monster’s hand. We played to this strength by making Baldur support almost all of our reaction states, such as being launched into the air or knocked back.

Around this time, our concept artist Stephen Oakley did some pre-visualization artwork of potential combat sequences for the fight, inspired by the early animations Fabian did. These helped spark even more ideas.

By now, we had a large bucket of cool things we wanted to try out for the fight. I created a design document next, planning out the key beats of the fight… not as exciting as Fabian’s animations or Stephen’s pretty sketches, so I won’t post it. But, I did some work too! I promise.

Once we had a rough plan in place for the entire fight, we began implementing a rough skeleton for each phase, starting with the introduction when Baldur first appears at your door.

As you can see above, the animation and camera went through a lot of changes, but the basic idea of “punch Kratos over the roof” stayed the same. We needed the intro to move you from the front of the house to the back. The skeleton served its purpose to communicate to the team exactly what was supposed to happen throughout the fight. This intro was later handed off to the cinematic team who did an excellent job re-animating it to be more… well, cinematic.

Following the intro, the fight was broken down into three core phases.

Phase 1 is the introduction, which takes place in Kratos’ backyard. During this phase, Baldur does not attack much. Since this is the first boss fight in the game, it’s important to have a phase like this to ease the player in. This gives them a chance to use Baldur as a training dummy and enjoy the spectacle of knocking him through trees and rocks (which we already established was pretty fun from our early prototype work).

Story-wise, Baldur wants Kratos to attack him. He is purposely taking the hits in the hopes that Kratos can make him feel pain. Sometimes we’re lucky and the goals of both gameplay and story work together perfectly.

The transition between phases gave us a chance to showcase even more godly feats. These required a lot of iteration to get right, due to the continuous single shot camera we were going for. You’d be surprised how hard it is to get two characters into the right spot during gameplay without simply moving them in a camera cut.

The reason Baldur spins Kratos and throws him so high here is to mask how much we’re sliding the characters around to get in position to land on the roof. This was a recurring theme in how we designed many of our transitionary animations. Most of them have quick turns or heavy camera shaking impacts to hide the extra motion. Smoke and mirrors.

Make sure to read the full article here.