Nick Maw-Naing talked about the way he worked on animation in Lawbreakers. A lot of crazy animations were created for this project.

Nick Maw-Naing talked about the way he worked on animation in Lawbreakers. A lot of crazy animations were created for this project.

Hello, my name is Nick Maw-Naing I am originally from North Carolina. I studied computer animation at Ringling College of Art and Design in Florida. My first job out of school was at Blur Studios working on cinematics, from projects like Dragon Age, Mass Effect 2, Halo Wars, to Goldfish commercials. Since then I have worked on both film and games at companies including LucasArts, ILM, Moonbot Studio, Boss Key Productions, and Rocksteady Studios.

There is actually a rather huge difference between game and film animation. The film tends to be more linear in structure, where it is clear to visualize and execute an animated shot from beginning to end. Games, on the other hand, are more organic in nature with lots of movable parts that require trial-and-error. One you can express your craft over a few hundred frames and put a lot of nuances and details into. The other has a lot of dependencies on other disciplines that require you to work with in order to complete. Both are equally rewarding in their own unique way. 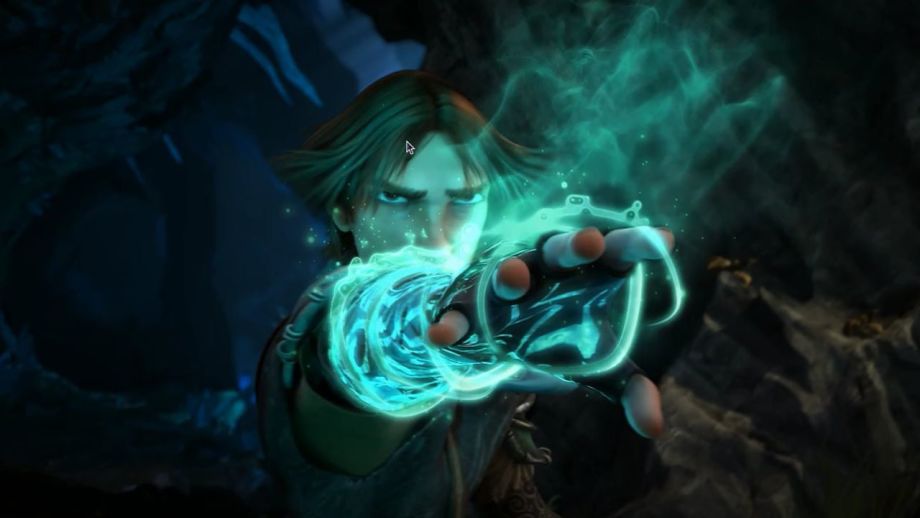 With Lawbreakers, we explored a lot of crazy and new ways characters could use mobility so it was very challenging to find a way for a ninja to grapple around a map or for a cop to use a jetpack and make everything look fluid and belong within the same universe. The process is very collaborative with programmers, designers, and animators to develop character prototyping animations that are then plugged into the engine. In the beginning, things look rather rough, but we push to get the idea across and work on the gameplay aspect first. After we prove out the character is fun, we then work on the code to make it run smoothly and polish the animation for final. 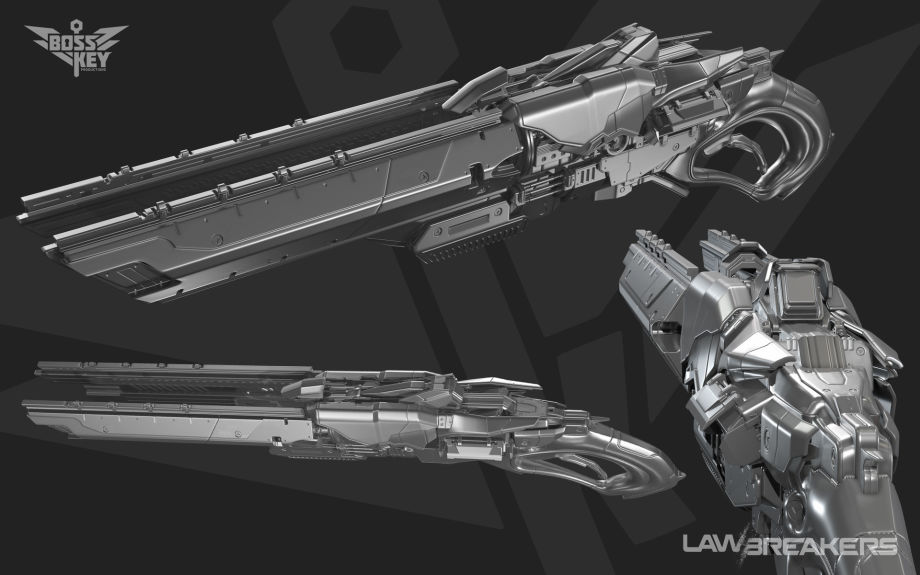 For reference, I like to use everything from films, other games, YouTube videos, to my own video reference. I go frame by frame to pinpoint the key poses, paying close attention to what the body mechanics are doing, what leads and what follows. I never stick 100% to reference either for my animation: it’s really more of ’a jumping off point or a tool to better understand the body mechanics of an action. Mimicking realistic motion from real life in animation can often come off bland and subdued. I like to exaggerate movements to sell the idea and will often alter a motion to make it more appealing. 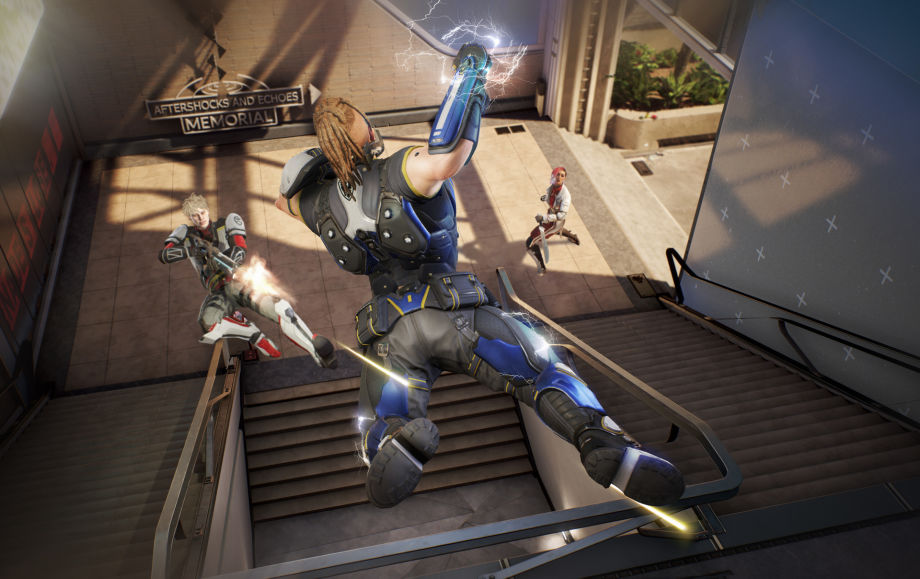 I start with full body poses from shoulders to finger details in my initial poses to capture my actions without worrying about timing at this stage. When I know I’ve reached the “feel” or expression of my goal, I start spacing out my poses to achieve the timing and effect I am aiming for. Don’t be afraid to delete key poses and find new ones, as long as it makes the animation work better. Always be willing to scrap, redo, and even start over if you need to. Never get attached. 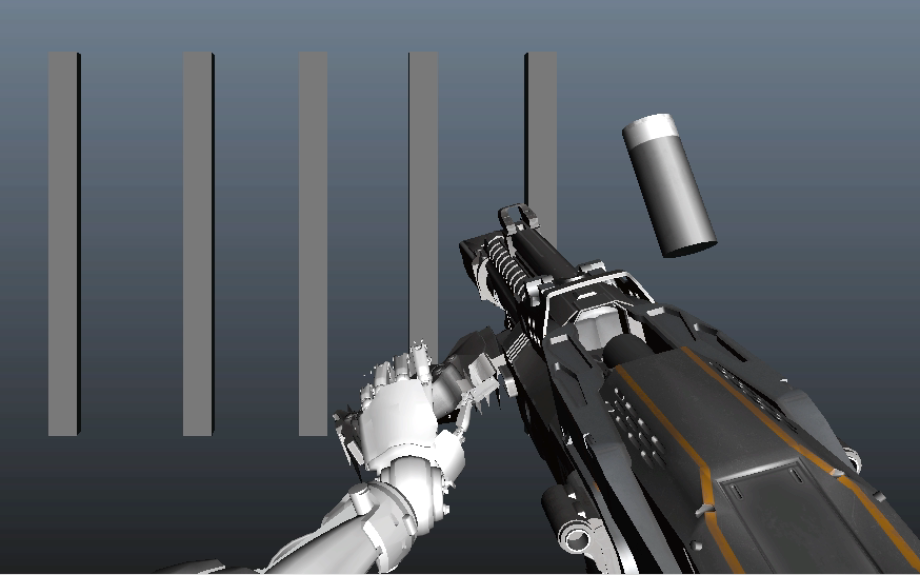 For the insane traversal motions in Lawbreakers, we spent a long time prototyping. Before an animation makes its way into the game, it has to work, prove to be fun, and function in the prototype phase. A lot of the process is educated guess-work in the beginning, with simple blocked out animations until we can build an animation state to support it. We’ll go through a lot of back and forth until it is optimized by programmers to achieve a smooth running speed in game. Finally, we polish and ship it. I like to start with key poses and strong lines of actions, it is important to have fluid movements the eye can follow across the screen with how fast actions are in games. Watch out for jarring pops and distant keyed movements, which will make an animation feel rough and unpolished. With how fast player input needs to be, it can be difficult expressing a clear action with so few frames. Hold your strong poses and make your transitions fast and fluid. With your poses, think of the body in simple geometric shapes where your eye can follow a line and travel through the action. Be careful of broken joints of the knees, elbows, etc. which can feel unnatural and catch the viewer’s eye.

In Lawbreakers, and many other shooters, the animation starts with a first-person view because that is what the player will see 80% of the time. It’s vital that the player can easily understand the function and what state of gameplay they are in at all times. In Lawbreakers, we treated the weapons like characters, so they follow all the same rules of animating a character from the prototype phase to polish.

Weapons in animations need characteristics and attitude, actions have to be clear and readable, and the timing of those actions has to work with gameplay. It’s usually a combination of smaller animations that have to work in conjunction with many more animations to perform the actions you see in gameplay.

Initially, it’s very important to spend time getting the idle right, the placement of your character and weapon onscreen. All other animations will derive from this idle and it is crucial to start with a solid foundation. Firing needs to feel quick and have an impact, reloading needs to have as much character in it as possible so you will spend the most time on this animation. One of the most important things you can do with holding a weapon, or anything for that matter, is to make sure your hands are not too static and stick to one pose. Move your hands around, along with fingers to adjust grip, grab the weapon a different way, shift between holding it with one hand to the other. This will make your animations feel alive and organic rather than stagnant. Otherwise, your animations will end up looking mannequin-like with no life or believability. In Lawbreakers, most characters had two weapons to switch from and several movement states. You have to start with a base movement animations set that fits your weapons pose and works well with all transitions and alternative states. 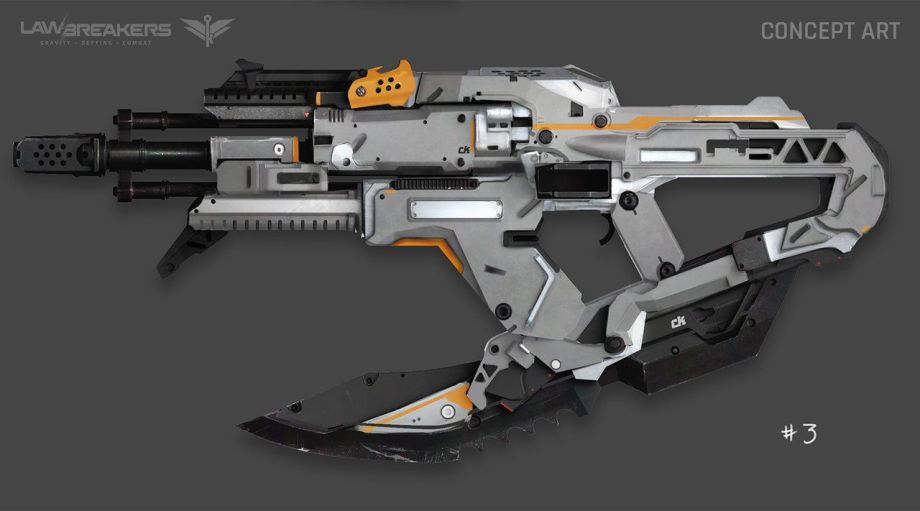 A few tips to anyone working with animation in game development. Commit to your animation and never start without a solid idea or plan to execute. Always follow through.

Accept criticism and grow from it. Your success is the sum of your work, not an individual animation.

Always work towards improving, strive to get better. Learn the tools and software that is needed to advance yourself and be surrounded by what motivates you. Never stop learning.