Elena Nikolova shared the animation workflow, discussed the challenges of working on characters in Phoenix Point and talked about the Akeytsu software and its advantages.

Hi! I come from Plovdiv, the oldest town in Europe (that's in Bulgaria), and I bring characters to life. I've been into animation all my life. From the time I was a small kid, fascinated by the animation movie "Balto" featuring wolves, dogs, and other animal characters so full of life and emotions. I am crazy about drama and feelings. Animations have always made me emphasize with fictional characters better than actors in action movies. Later in my teen years, I also started playing PC games, which revealed to me so many new and different worlds. And when I actually started doing animation, I just didn't quit and kept doing it. Hard work doesn't scare me.

In the past, I've worked for a variety of projects, from pre-school kids games, through coming-of-age TV series to the tactical and grand-strategy game. That's indeed the project I'm currently working on, Phoenix Point. I am animating mainly alien creatures, as well as helped a little bit on the human character animations, and also I did good 4 months of VFX for the game. Kinda proud that most of the marketing screenshots contain some of them. Right now, I'm working on the final animations for the launch trailer. 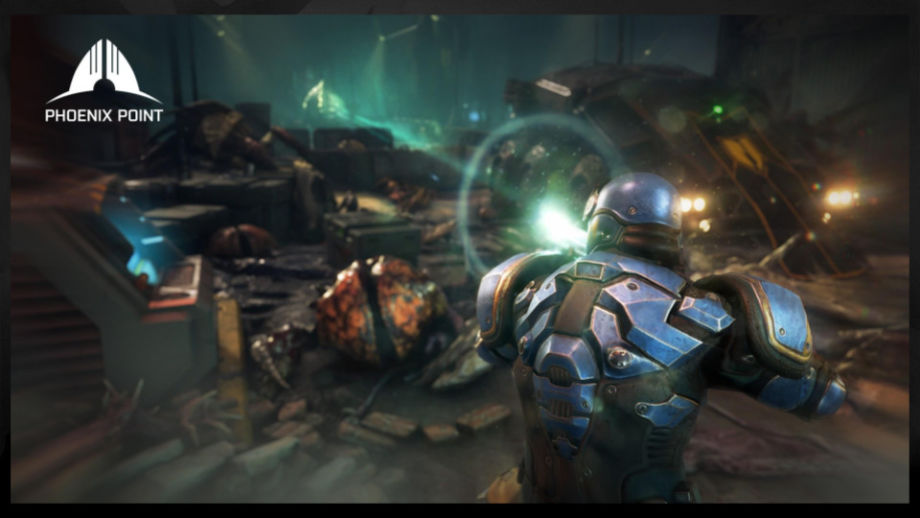 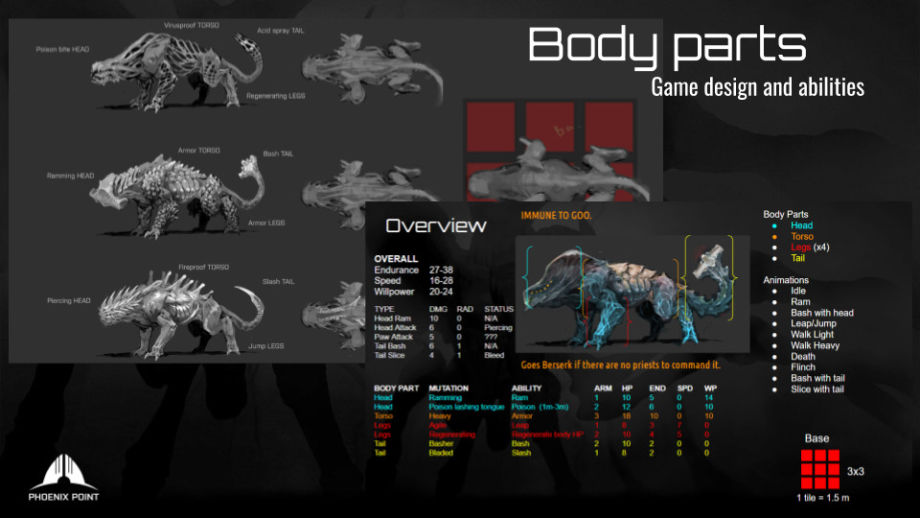 I build the rigs for several characters, along with their skin and animation, I also did a unique design for the movement of some of them. Like most games, we have movement animations for our characters: going around obstacles, climbing, jumping, etc as well as special ability animations. These are unique skills that each alien creature possesses, so I have to conceptualize how the creatures look while performing them. I get guidance and feedback from colleagues to help make these animations readable and intuitive to the player.

Working on the Animation and Rigging 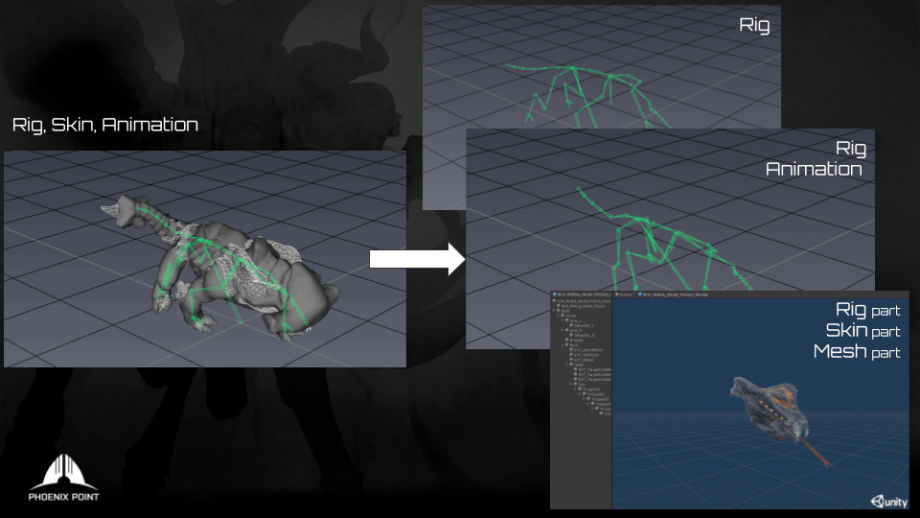 We use a method that entails working on passes. When there is a rough blackout of the models done, us, animators, can rig it without being too precise, at first, and do the first-pass animation. Really, this is just doing enough to get a sense of speed, space and planning the animation (which is being implemented in the engine in its rough state), so game designers and directors can get a brief idea of the creature's development. Also, the basic systems, def-files, and scripts are hooked up to make the character actually function in the game. From there, once we have a more polished model, the animators transfer the work-in-progress (WIP) data and do a second pass on the animations, putting more work on it. The third phase, the polish, is made later.

In Phoenix Point, creatures adapt to the player's actions and choices. So when you start a tactical mission, you can encounter any given creature with a different mutation. In order to allow the game to mix and match body parts procedurally, but still have them read the same source files, we create their rigs in a way that contains all possible mutations, and then in the source file, we animate all respective possible movements, that the different parts will require. For example, the Siren, a creature that moves its torso with a snake-like, wavy movement, has two versions of its arms. One of them is shorter than the other. So, in order to keep the same animation of the torso and look good with both short and long arms, both arm pairs are animated (and playing simultaneously) inside the very same source file, but only one would be visible because the code will be assigning only one at a time. Each of the parts has specific advantages for a given creature in combat, and if the player is weak or strong against these, the game will mutate creatures to counteract player strengths. 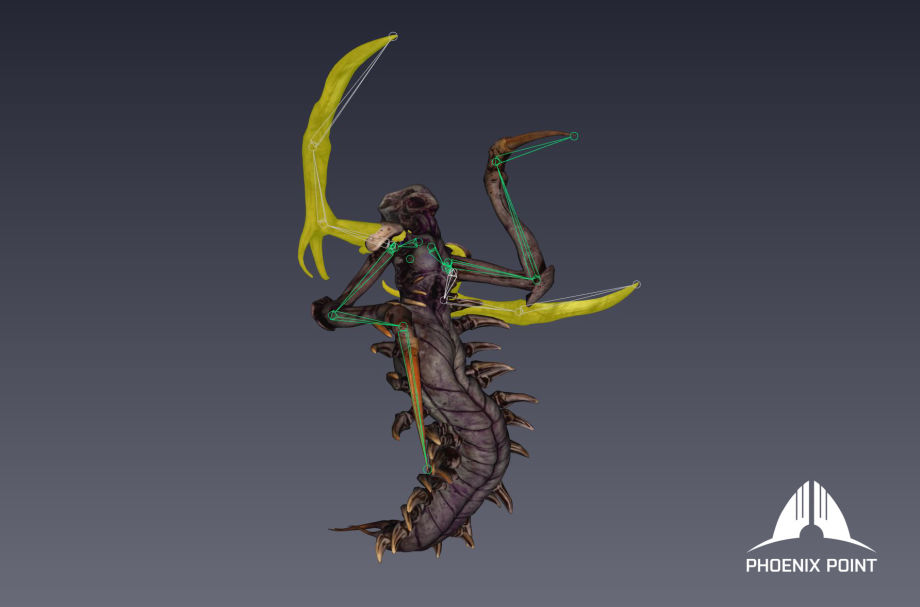 Since our creatures are really complex, non-human and might have several mutations, we were extra dependable on the rigging solution. So the software we chose as the best option was Akeytsu (by Nukeygara). It's really easy and quick to rig with it, it allows changes at any given time without losing any progress and that helps us work on passes without actually starting from the beginning if you make changes on the rig. Assigning IK controller is done by simply selecting the first and last joint of the chain, complete with the pole vector. If later in time you decide to add an extra joint inside the existing chain, you don't lose your animation until this moment, add the change and simply continue from where you last stopped animating. You don't really have to switch between IK and FK mode, because they just exist at the same time, no need for keys to change between them.