Marcel Haladej talked about the production process behind his Horehronec scene.

3D artist Marcel Haladej discussed the production of his Horehronec scene. Tons of tips and tricks on enriching your 3D scenes. 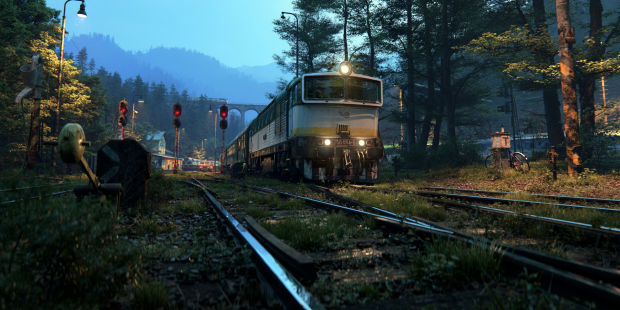 Hey, 80.lv! My name is Marcel Haladej and I’m from the Slovak Republic. I graduated from Slovak Technical University with a degree in Mathematical and Computational Modeling, but rather than pursue a career in mathematics I decided to turn my fascination with 3D art into my profession. Currently, I work at a small Slovak studio called Alien Studio as a 3D generalist. I also work as a freelance artist for various worldwide studios. 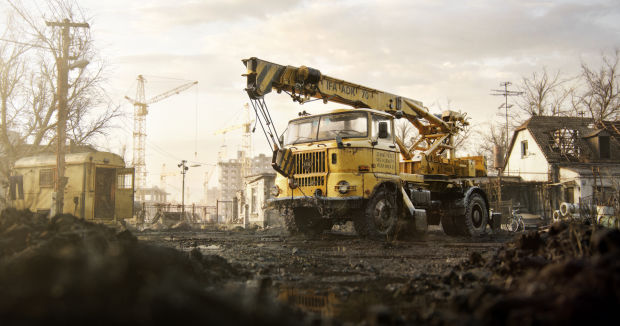 I got the idea of creating this image while hiking around a small Slovak village called Telgárt. There’s an old viaduct in Telgárt that acted as the inspiration (and model) of the bridge found within the background of my scene. Diesel locomotives are typical for this part of country, and when I saw all these elements in real life, I took some photos and started playing with the scene. 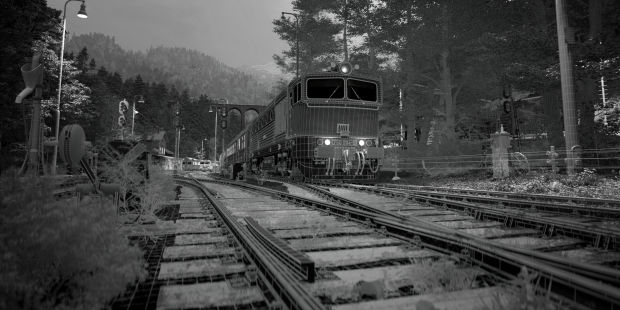 First, I started by working on the diesel locomotive, which is a fairly routine procedure. I modeled one part, unwrapped it and continued onto the next part until the model was finished. Nothing special!

My next step was to create rails and the rail switch. I used VRayProxy for those long and detailed elements—Proxy is really useful for reducing the size of files. I created several scenes with this locomotive, including a scene with a tunnel in the background and a scene with a train station. In the end, I created plenty of reusable assets, most of which were used in the final scene.

For modeling, I used 3ds Max with basic tools, and for texturing I used Substance Painter. Last but not least, I used V-Ray for rendering. 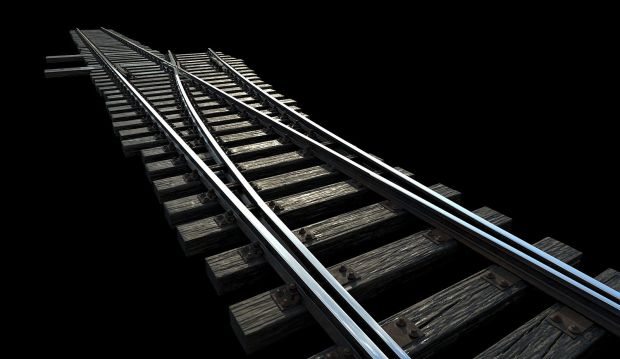 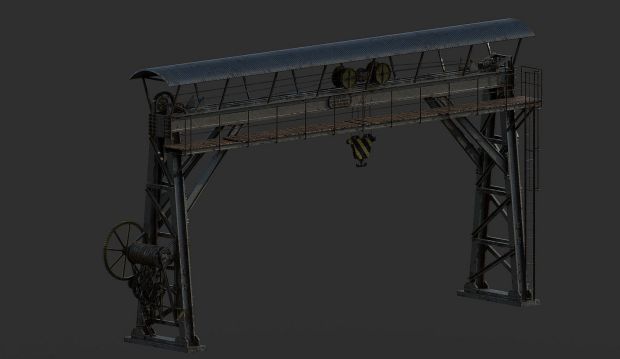 Modeling the assets for the scene wasn’t too difficult. I have a wide photographic collection of different railroad elements, which includes buildings, garbage, mechanisms and more. I chose some suitable objects and then modeled and textured them based off my references. 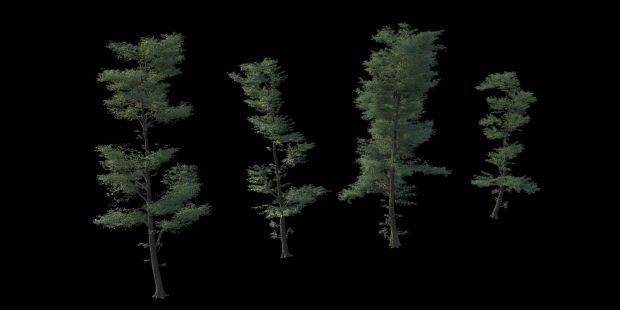 The foliage on the ground was created in 3ds Max, and I used several of my photos as references for modeling and texturing this aspect of the scene. Most of the trees were modeled in SpeedTree, which is a simple way to create realistic trees with correct measurements.

As a matter of fact, accurate tree creation, particularly with respect to older trees, is quite the common mistake among 3D artists! Generally, older trees (20-25m) are much taller than their younger counterparts (10-15m tall), which is an important detail often overlooked in many artists’ scenes. Be sure to scale your trees properly but just keep in mind that unnatural proportions, like gigantic leaves, may appear as a consequence. 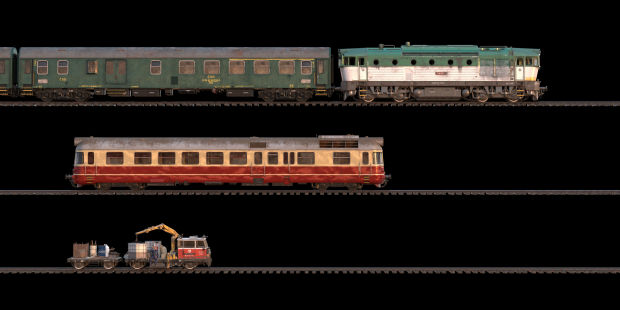 First, I found suitable blueprints for the trains I wanted to depict within my scene, which proved a particular challenge with this project! Most of the time, I’ll obtain blueprints with tiny resolution—photos are very important as they help recreate every fine detail of the model. Modeling the trains was rather straightforward because most of the locomotives are box-shaped objects and I was able to easily model the small equipment attached to them.

For me, finding an interesting composition is always the hardest part of the creative process. I kept trying new camera angles over and over again with some basic blocking until I reached I was satisfied with the result. I tried dividing the scene into an engaging foreground, middleground and background.

Sometimes, I end up with a scene full of objects, which disturb each other. That’s when I have to get rid of some of them and remind myself of a really important rule: less is more. 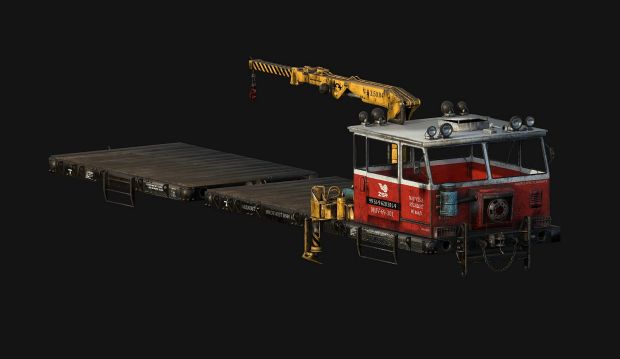 I’m always trying to improve my workflow in terms of speed and quality. And texture creation is a process that usually consumes much of my time. Consequently, I gave Substance Painter a chance and was amazed that I could dress objects with physically-based materials in a fraction of the time.

I was able to add dirt, scratches, oil leaks and more with just a few clicks. It also worked really well with V-Ray in 3ds Max. The only disadvantage to this method is the need to perform proper unwrappings for all of your objects. If you’re lazy like me, you can use automatic mapping + UDIM, which produces a ton of texture sets but reduces the amount of unwrapping time to the minimum.

I tried several different lighting scenarios for this scene, including general daylight, a sunset from one side, a sunrise from a different side and a cloudy atmosphere with rain. My favorite was a “blue hour” environment set right after the golden hour, wherein the amount of blue light from the sky and the amount of artificial light are in a pleasant ratio. I used one dome light with dusk HDRI + many V-Ray lights to achieve this effect. I also rendered a volumetric pass to add a bit of atmosphere around the lights.

Thanks for reading about my project, 80.lv! Hopefully, you picked up a thing or two and are ready to tackle your next project!