How did the developers come up with the new Norse universe?

Santa Monica Studio shared some awesome stories on God of War’s development. One of the latest stories focuses on the art direction. How did the developers come up with the new Norse universe? It appears that the base here is one defining piece of concept art from acclaimed artist, Jose Peña.

Jose worked as a concept artist here at our studio at the outset of the new vision for God of War. Excited and wide-eyed at the opportunity, he and our Creative Director, Cory Barlog, immediately connected on the new direction, but leaving quite a bit to Jose’s imagination initially. Unbeknownst to Jose was the immense challenge that would be set before him: create an original defining piece of artwork to set the visual tone of the new direction for God of War. Cory remembered clearly how their first conversation went, “The inception of this very first concept art was from a one paragraph write-up and a phone call with Jose, talking about the mood and the tone. I think I threw a bunch of stuff at him with buzzwords like more grounded; the fact that his son is not a burden; the fact that Kratos and Atreus are together battling a very hostile world. And he was just smiling at the other end of the Skype call, and because of the new direction, we weren’t able to provide him with exact ideas.”

The developers all agreed that Jose’s artwork was definitely what everyone had in mind. It also became a big inspiration for everyone who joined the project and saw this. Jose was the first one to understand the right direction and the first one to define the look. The team kept coming back to what Jose was doing here even on the final color correction. 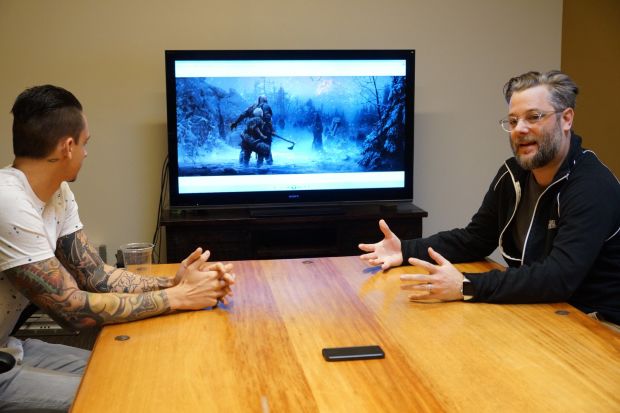 Cory, nodding his head in agreement, pointed to the significance in the characters’ positioning and stances. “You look at this piece, and you see the idea of Kratos protecting the kid,” he said. “Kratos puts himself in between harm and the son as he wants to take the brunt of the first blows. Atreus needs his father, but he also looks capable. You show the son connecting and holding onto Kratos’ arm, but you also see the kid with his knife out. It’s the idea of this parental yet distant relationship.” 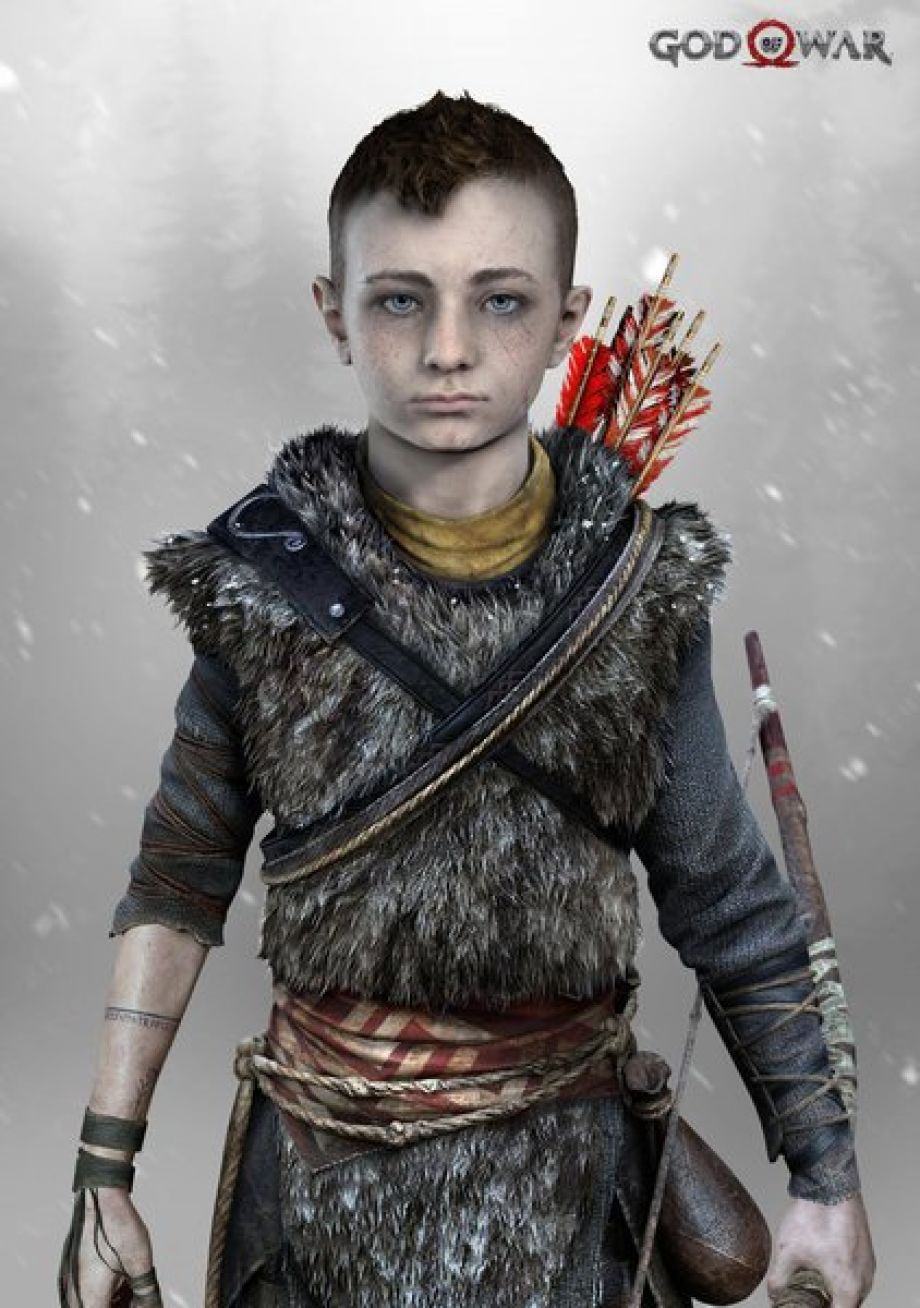 The change in landscape and adversaries also presented unique challenges Kratos and Atreus would have to face. Raf noted this particular theme as, “a fight against Kratos’ enemies and adventures.” He commented, “In the artwork, you see the challenges ahead and the goal up top. Everything you do to have to protect the son is an integral part of this adventure. Jose played with the focus of the image to have us, the viewer, understand everything going on yet still have lingering questions about the world.”

Make sure to read the full story here.