This new game makes you work with an operating system, that helps you complete your adventure.

This new game makes you work with an operating system, that helps you complete your adventure.

There are a lot of games on steam, but this one is special. Andrew Morrish has finally finished his amazing project ‘Kingsway’ and you’ll be able to download it on July 18, 2017. So let’s figure out what Kingsway actually is?

Kingsway is an RPG. But in its essence, it’s a hilarious joke, which mocks older operating systems. In this game, you use a strange OS to manage your adventure. Every element of the game is a part of the operating system. Enemies and traps are popups, backpacks are the file folders where you organize your items, and quests are emails. Kingsway is randomly generated every time you play. Death is permanent. And it looks absolutely amazing. Andrew Morrish actually took the time to carefully add as many details as possible. There are hundreds of icons, a bunch of statistics, even the sounds are awesome. 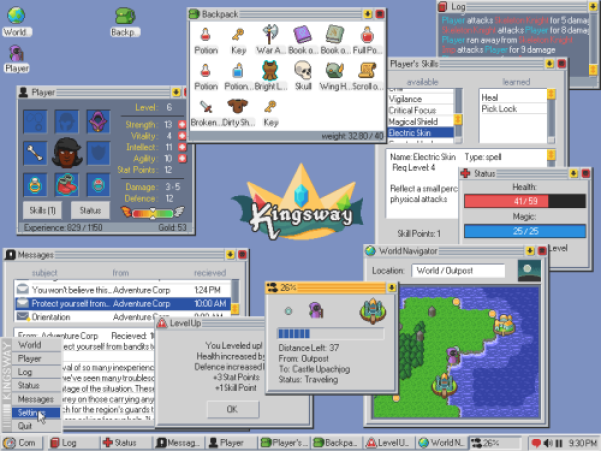 But the trick is that you do all of these classical tasks in a very funny and strange manner. Very interesting approach. Do check it out.