Hasraf ‘HaZ’ Dulull discussed how his team managed to quickly create a new character in Character Creator 3 and iClone and integrate it into UE4 for the CG animated feature film Mutant Year Zero.

Read our previous interview with HaZ

HaZ Dulull: I am a filmmaker based in London. I started from a career in video games to visual effects before being known for my breakout sci-fi indie feature film THE BEYOND, which premiered at #2 on the iTunes charts before trending on Netflix. My second feature film 2036: ORIGIN UNKNOWN, which starred Katee Sackhoff (Battlestar Galactica, Another Life) earned a limited theatrical release in the US before landing on Netflix.

I was later hired to direct the pilot for Disney’s action-comedy mini-series FAST LAYNE; I was credited as creative consultant on the entire series and directed three additional episodes for the 8-part series which you can watch now on Disney+.

I was first featured on 80 Level earlier this year when I had just released an animated pilot proof of concept called BATTLESUIT, which was created and rendered entirely out of Unreal Engine as final pixels. Since then, I have been actively in development on a bunch of new projects including TV shows and Feature films all created inside Unreal Engine.

Mutant Year Zero: About the Project

Mutant Year Zero is a full-length CG animated feature film based on the acclaimed video game from Funcom.

The story is set in a post-apocalyptic future, where civilisation is rebuilding itself via The Ark. We follow a group of misfits, anthropomorphic mutants on a mission to locate the engineer of The Ark who has mysteriously gone missing, and they believe he holds the key to a mystical place of salvation known as Eden. But the deeper they venture, the more they discover that things are not what they seem outside The Ark, and soon they begin to question their existence as mutants.

I landed the project after I was offered to pitch on it by the producers who own the IP at Pathfinder Media in LA.  My team and I created a small test scene using the game’s assets (provided by the awesome game developers in Sweden - Bearded Ladies) in Unreal Engine and that proved my vision to be a fun, action-packed adventure with characters that are not only amusing but have so much heart to them.

Once I was signed on as a director and co-producer on the project, my small team and I set out to create a bunch of test sequences for early footage as part of soft pre-production to get the project going with the support of the producers at Pathfinder media.

Because of the fast nature of getting high-quality results out of Unreal Engine, we ended up creating actual shots, so we quickly moved from test shots straight into creating an early sizzle trailer with the goal of showing a preview of what the film will be like with the characters, environments, and tone. 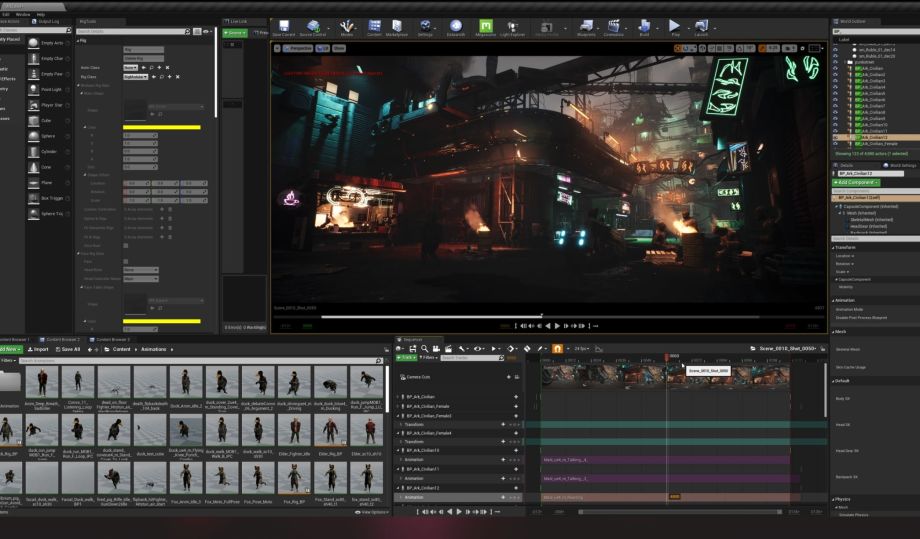 Expanding the Project with Reallusion

Because of the nature of the mutants, we didn't have to rely on human faces as the mutants were very stylised (we have a talking Pig and Duck with guns!), so originally, we were only going to create the teaser with those two mutant characters. But the more I dived into the world of Mutant Year Zero, the more I fell in love with the characters and felt we needed to crank it up further to increase the scope of the story and world we are presenting in the sizzle teaser.  So, on the last stretch of our production schedule, I threw a curveball, with the decision of adding a human element to the sizzle, by introducing the female human mutant known as Selma. 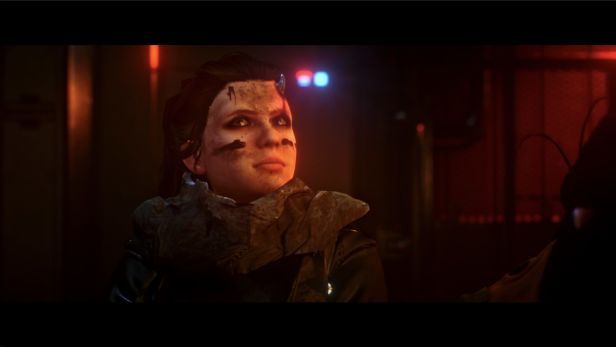 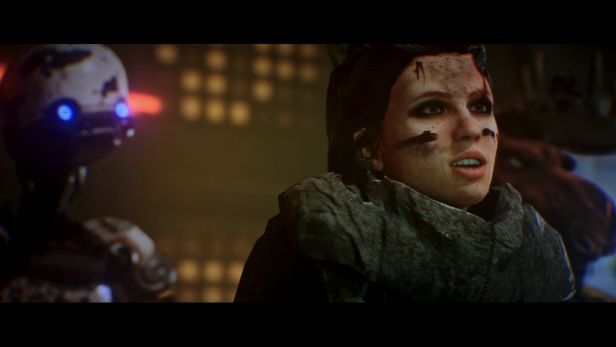 For the creation of Selma, we turned to Reallusion software – Character Creator 3 and iClone – to build, right, and animate the character before integrating it directly into the Unreal Engine scenes. The big challenge was that it needed to be done within a short timeframe of just one week, cutting it very close to the release date of the sizzle.

What made Reallusion software perfect for us is that we needed a fast solution to get us to where we wanted within the budget and schedule we were locked in, but more importantly, it had a quick learning curve – both iClone and Character Creator were very fast to pick up and get going with great results.

Ronen Eytan, our technical artist, was tasked with creating the character in Character Creator right through to rigging and animation in iClone before sending it into Unreal Engine for me to then further animate and integrate it into the scenes. We used the rigging system in iClone and the animation libraries available to quickly get the desired action of Selma performing.

For a couple of days, I would give him as much feedback as possible on how to implement this in real-time within iClone’s animation system, plus we also captured the facial performances with iPhone suing Live Link. Once I was happy with the results in iClone, he would send it directly into Unreal Engine, where I would then place the character and its animation into the scenes, do a mix of motion blending in Unreal Engine Sequencer, and then animate the camera around the animation exported from iClone.

One of the things I also love is that the hair system in iClone has actual real physics in there, so with every step or bounce our character was making, the hair would react accordingly. The cool thing is that we retain those physics when transferring it over to Unreal Engine as it integrates with UE4's physics and wind system nicely.

Small things like hair bounce really breathe life into the character and take the quality of the production to another level (remember how on the previous project, Battlesuit, we had to stay with short hair because we didn't have a good system for making the hair feel dynamic).

The most impressive thing about the Character Creator workflow is that it’s extremely fast to prototype your character concepts with high-quality results utilising the digital human skin and eyes shader along with dynamic hair and clothes.

As a team that doesn't specialise in any specific area such as animation, lighting, character creation, shading and texturing, etc., we can say that using a tool like Character Creator is merely a bunch of clicks and moving sliders around, there is no complex shader network there or no need to rely on additional software to create the textures – it’s all inside Character Creator.

We first selected our base model (in our case, it was female) and from there we played with the shape of the face which is all easily manipulated inside Character Creator. Then, we apply the skin gen shaders and hair and because all of this is inside the Reallusion suite, when adding the rig, it works right away, and we can finesse the results with further skinning and weighting. 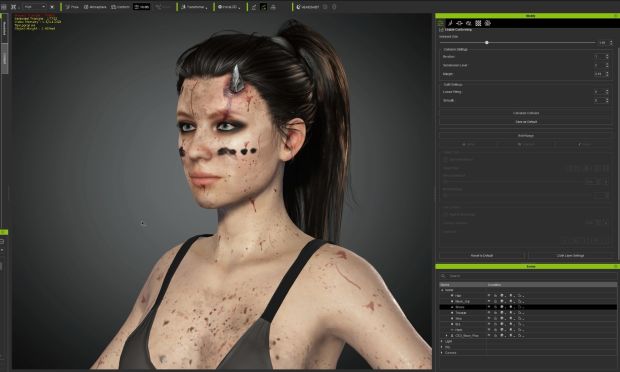 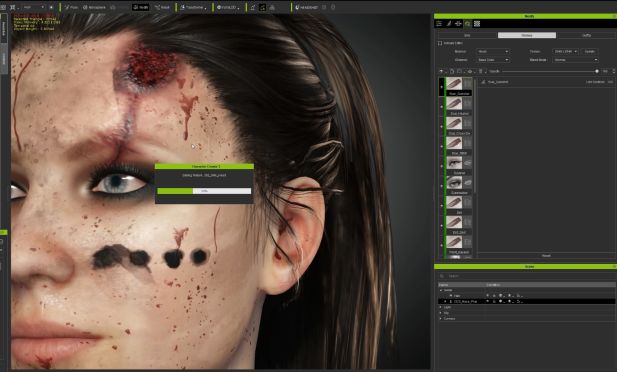 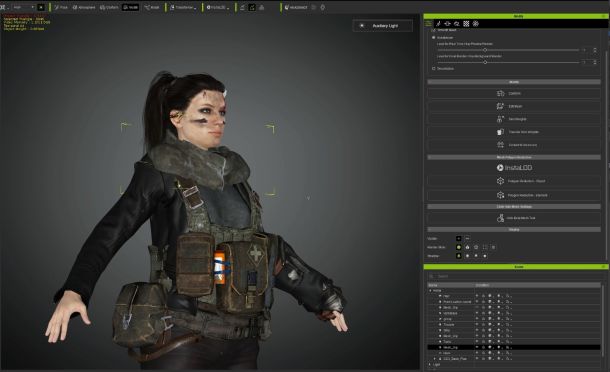 This is not only faster than other tools but it's also affordable because we don't have to use a bunch of other tools for modeling and adding details like ZBrush – which are all awesome tools, by the way, but as a team of generalists at an indie production company, we can only afford to have one set of tools that will handle the character creation, rigging, and animation before we export it all into Unreal Engine to integrate into the scenes.

Whilst we are working on Mutant Year Zero to create a killer script (that’s the key in any project regardless of the amazing tools we have at our disposal), I am currently wrapping up on an episode for an anthology feature film which has 10 directors each doing a segment, and my segment is the only one animated and done entirely in Unreal Engine. Next month, we are starting prep on my CG Anime feature film (Think Akira meets The Raid!), and yes, we are using Reallusion software and will be pushing it further since we are creating the characters from scratch and then exporting them into Unreal Engine.

It’s an exciting time for us in the world of animation as tools like Unreal Engine and Reallusion are democratising production empowering indie filmmakers to tell those high concept stories which usually are too crazy to be shoot in live-action and way too expensive to do in conventional animation. The animation industry has seen a huge spike in content and will continue to do so because of the accessibility of these tools that help create high-quality cinematic end results.

You can check out updates and behind the scenes on all the projects on my social media and website: