Andres Zambrano recreated Simon Belmont from Castlevania and talked about his sculpting, texturing, and lighting workflows for the character.

My name is Andres Zambrano, I am a 3D Character Artist. I have been working in the industry since 2019 for Counterplay Games during the production of Godfall. 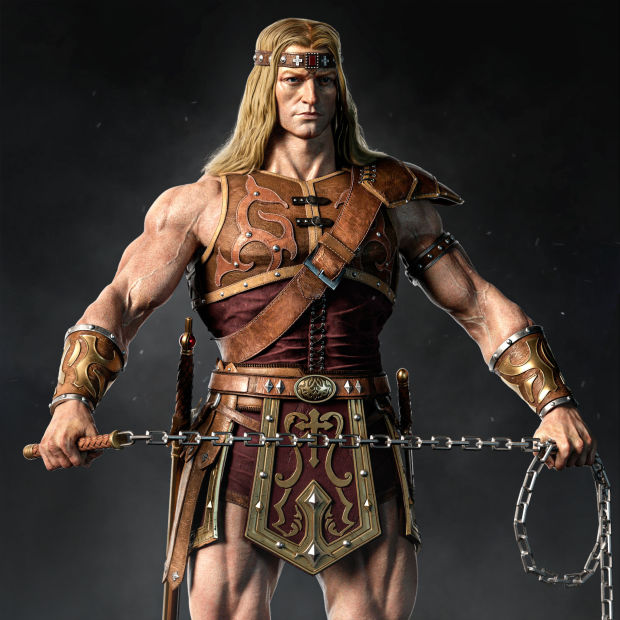 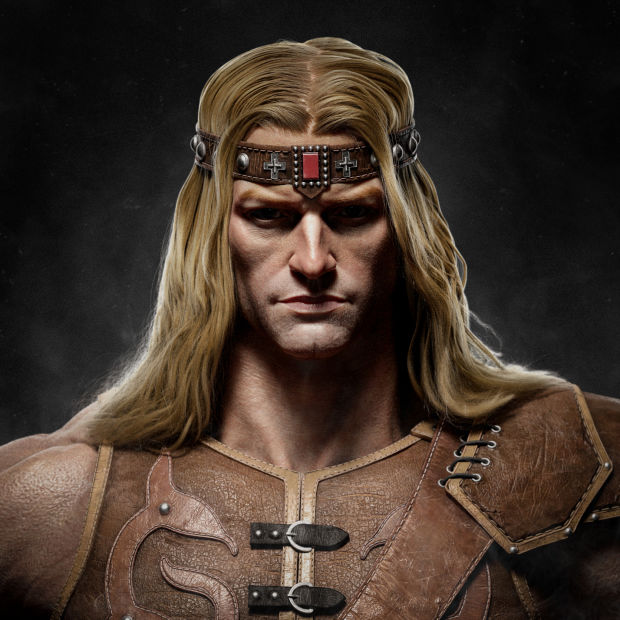 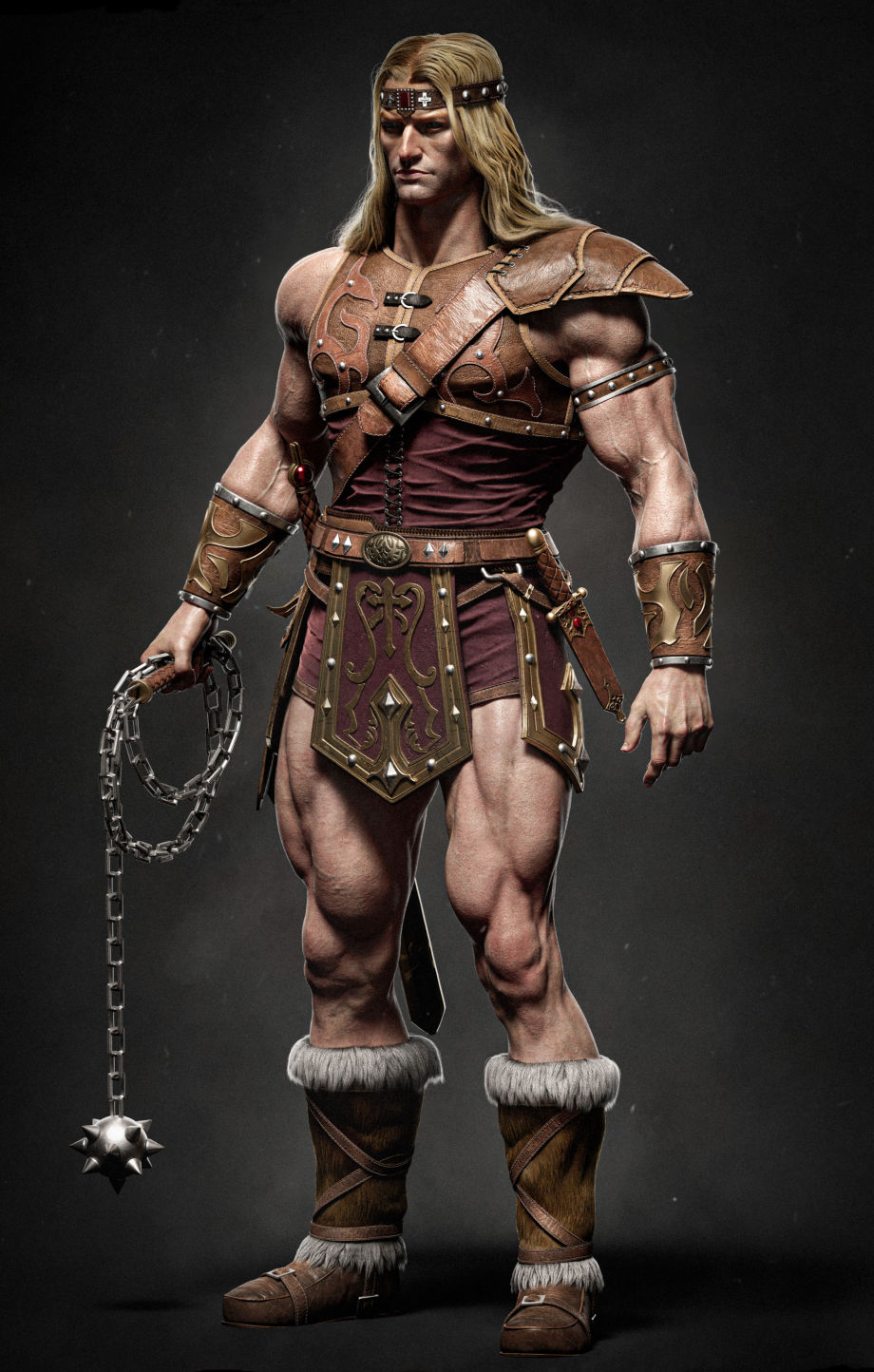 The way I started this project was that I sculpted an anatomy study that I then wanted to turn into a character. I wanted something akin to a barbarian heroic-looking man that'd fit the build of my anatomy model and being a fan of the Castlevania franchise, I chose to turn it into Simon Belmont.

I wanted to represent the old school design of Simon, so I was mainly inspired by some concepts made by Ayami Kojima as well as Simon's look in Super Smash Bros Ultimate. I just combined different parts from different illustrations that I liked to achieve the version that came out.

My process for creating the high poly model in ZBrush started with the anatomy model I had just made, and then U change the proportions to make the body more heroic and strong looking. Afterwards I started masking out parts of the body and extracting meshes. These meshes were then cleaned up with ZRemesher and given thickness with the panel loops option. I add the seam lines by using ZModeler and adding some edges and then extruding them manually. 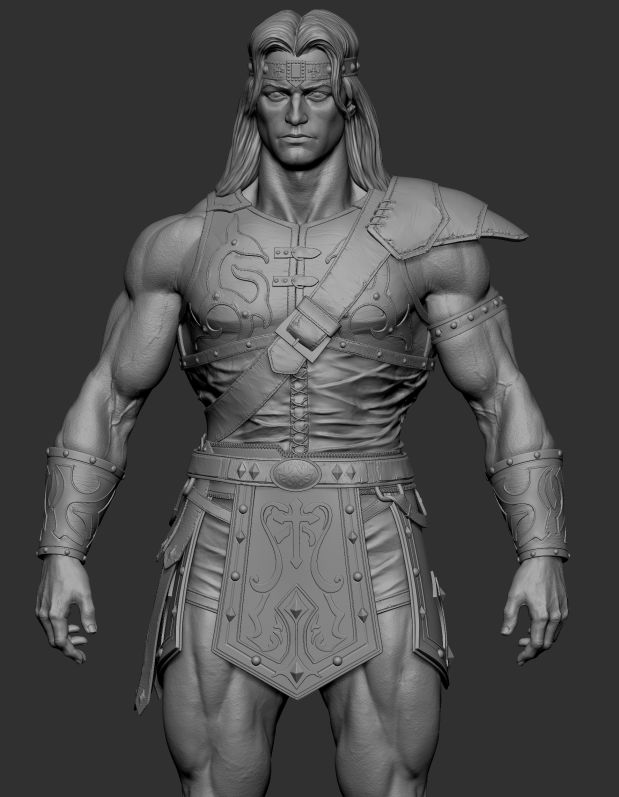 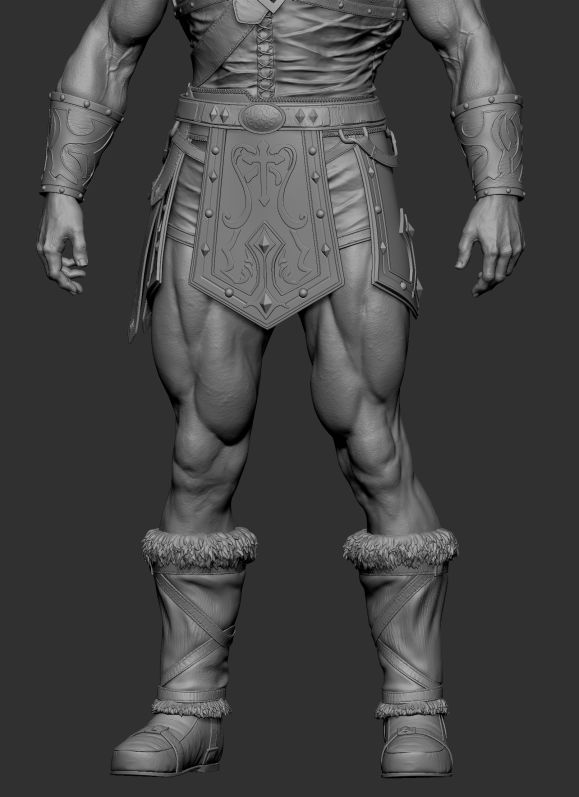 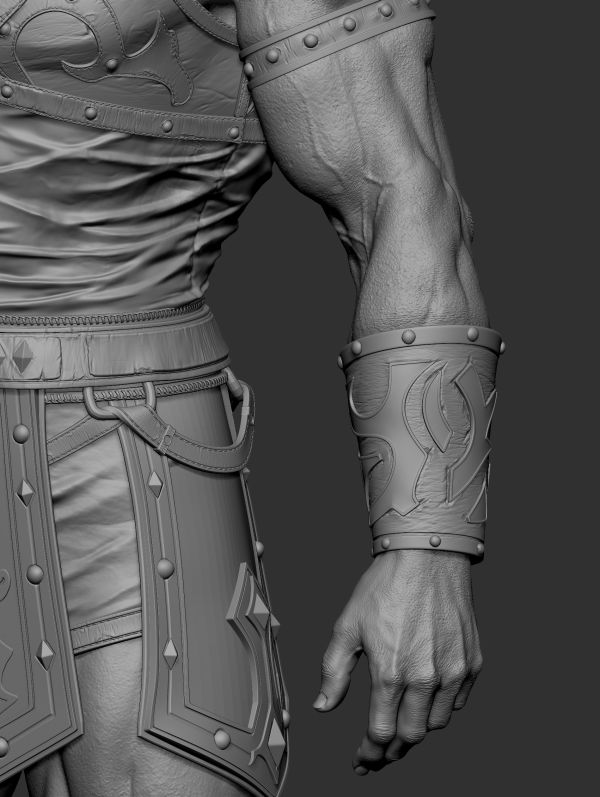 For Simon's face, I looked at many faces as well as how he is depicted in the concepts and created several iterations until I was happy with it. The skin details were created using different alphas and brushes that I have collected over time. Some of the most useful brushes can be found here. 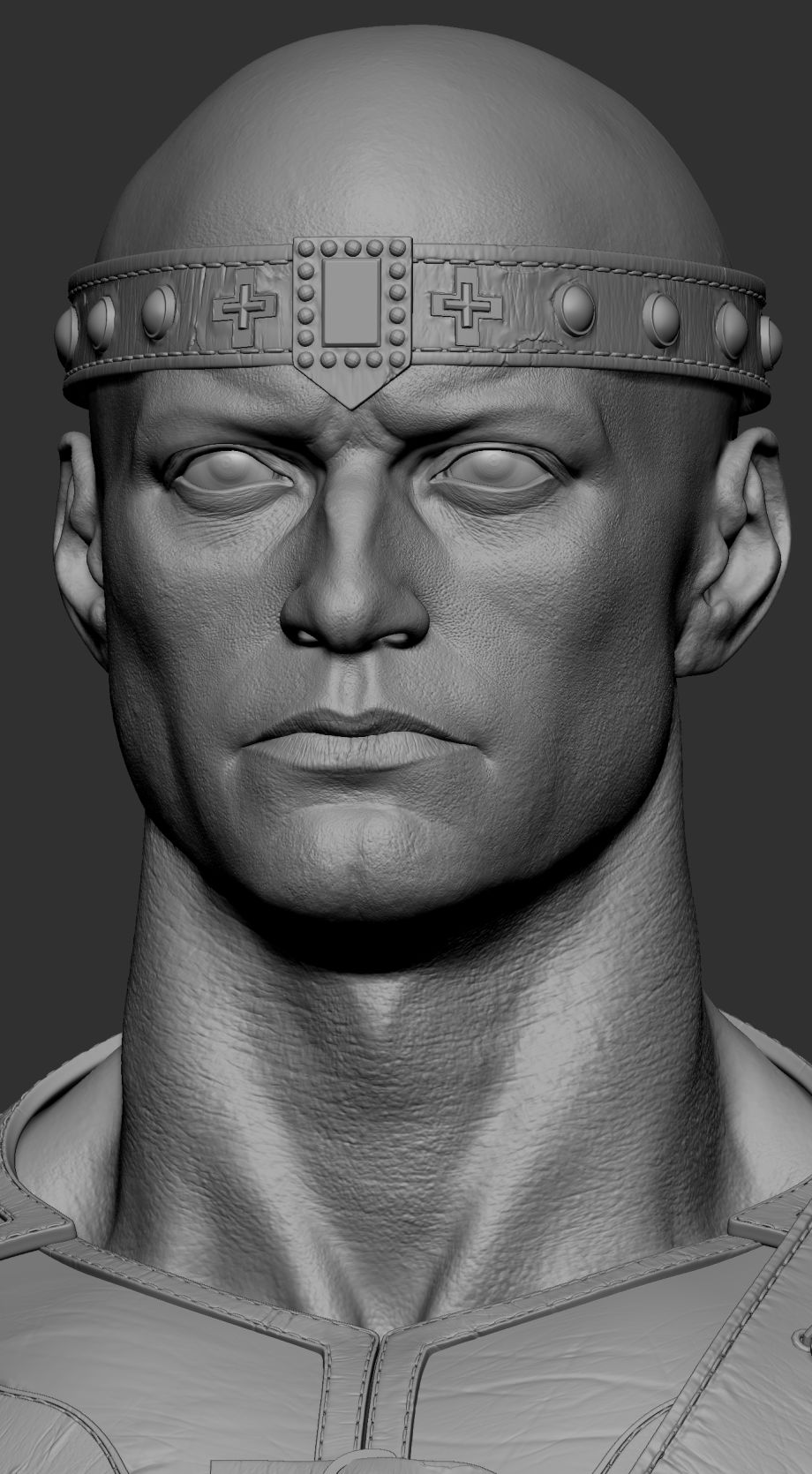 The clothes were a very simple extraction with some manually added wrinkles. I generally just use the standard brush with Alpha 38. For the belts that wrap around the body, I start with a cylinder and wrap that around how I want it, then delete the caps of the cylinder to end up with a loop. I then delete one small section and overlap one end of the belt over the other, where the buckle would be. For the scratches on the leather, I like to paint masks at the edges of the leather and then pull out the outside borders with the move brush. The creases can be created with the Dam_standard 2 brush or any other knife-type brush.

Since this was going to be a character for a render, I made the weapons using the sculpting tools in ZBrush. I blocked them out with primitives, then used the clipping brushes to define their silhouette and the h_polish brush to clean up the forms. The ornaments on the weapons were created with extractions from the main shapes. 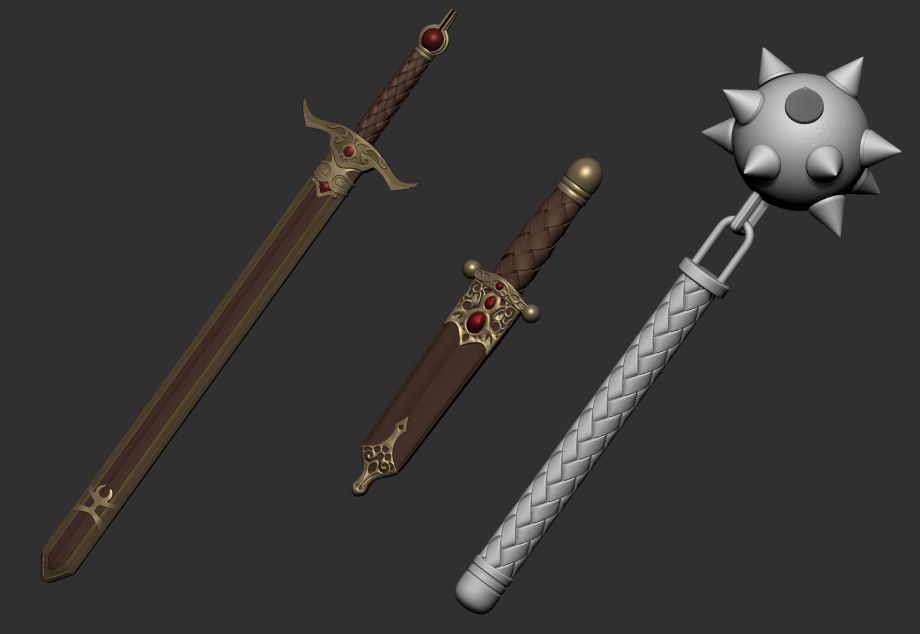 The only challenging part here was to make the braided leather wraps on the grip of the weapons. I used two different techniques here, the first one was to model them out in a tileable pattern, which required a lot of work. This is not what I recommend doing because it is too time-consuming and tricky. The second method was used only on the whip – I unwrapped the cylinder of the grip and used a tiling height called Weave 1, which you can get here for free. After moving the UVs with the texture on, I decided on the tiling and took the mesh to ZBrush where I applied this texture as a displacement map.

The topology of this character was completely done in ZBrush, except for the body and face, which I did in Maya when I was working on the anatomy study. The UVs were all created in Maya, however, since I needed them to be clean for good results. Then I took all of the UVed meshes back to ZBrush and copy/pasted them to the original subdivided subtools using the UV Master plugin that comes with ZBrush. I then exported out displacement maps for all of my objects using the multimap exporter in ZBrush. The next part was to export the normal maps so that I could use those in Substance Painter to generate the curvature map instead of exporting the high poly model.

For texturing, I brought the whole character into Substance Painter, every object separated with its own material. I then created one material for the leather and instanced it to all of the leather parts. For the leather, the most important element was adding a lot of roughness variation and making sure that the cavities had a lighter color as well as were rougher so that it would look more worn out. I also added a leather procedular in ZBrush to my height map which was combined with the heightmaps I exported out of ZBrush – this gave me the small leather grain details that you can see on the chest armor. In each object that I needed to have a different tone, I would just add some empty layer with a passthrough blending mode, and use the HSL filter on it to change the colors and roughness properties as I needed whilst keeping all of the base material intact.

The skin was textured using the method that Magdalena Dadela showed on the official Substance's Youtube channel:

In order to understand how different lighting setups work, I used this image: 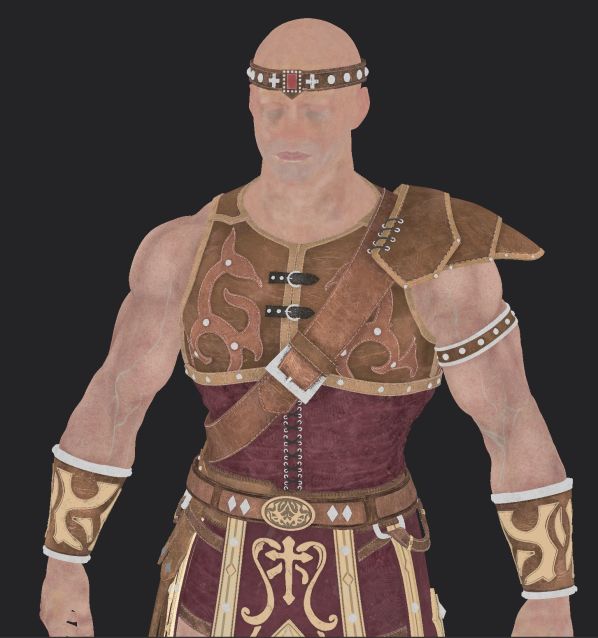 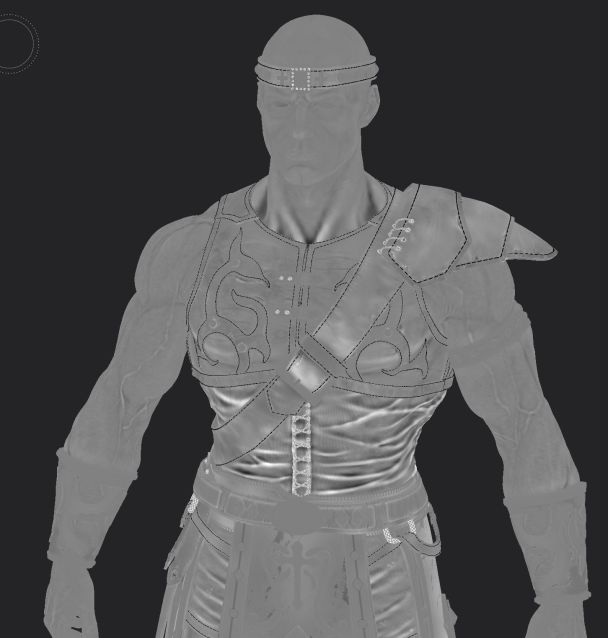 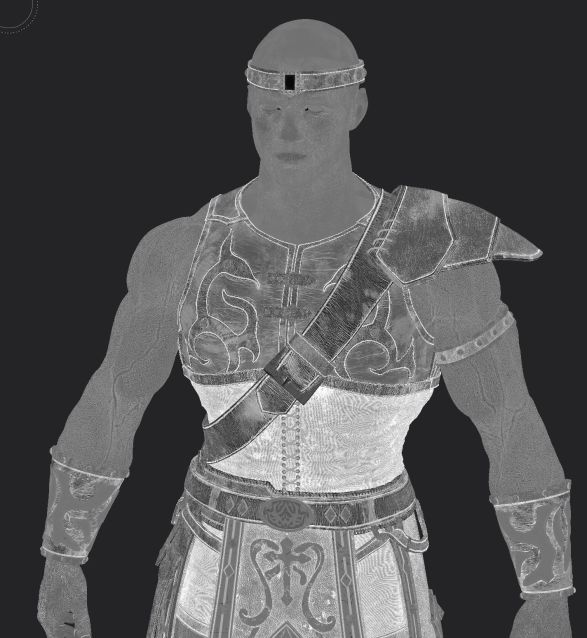 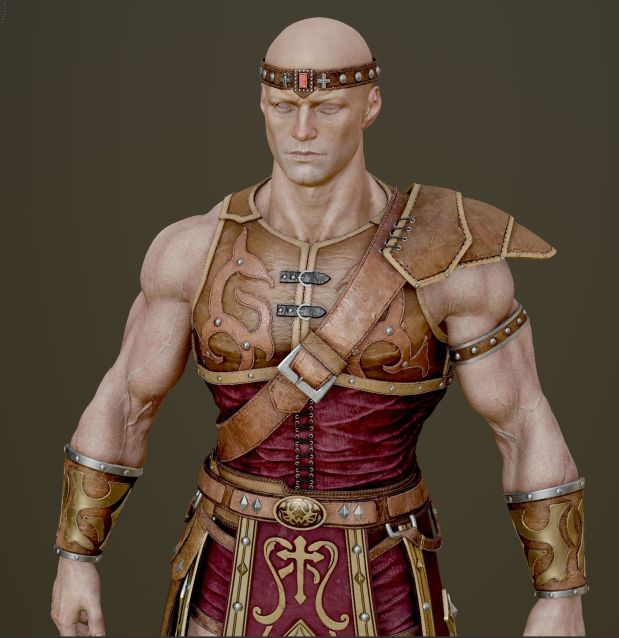 In order to understand how different lighting setups work, I used this image: 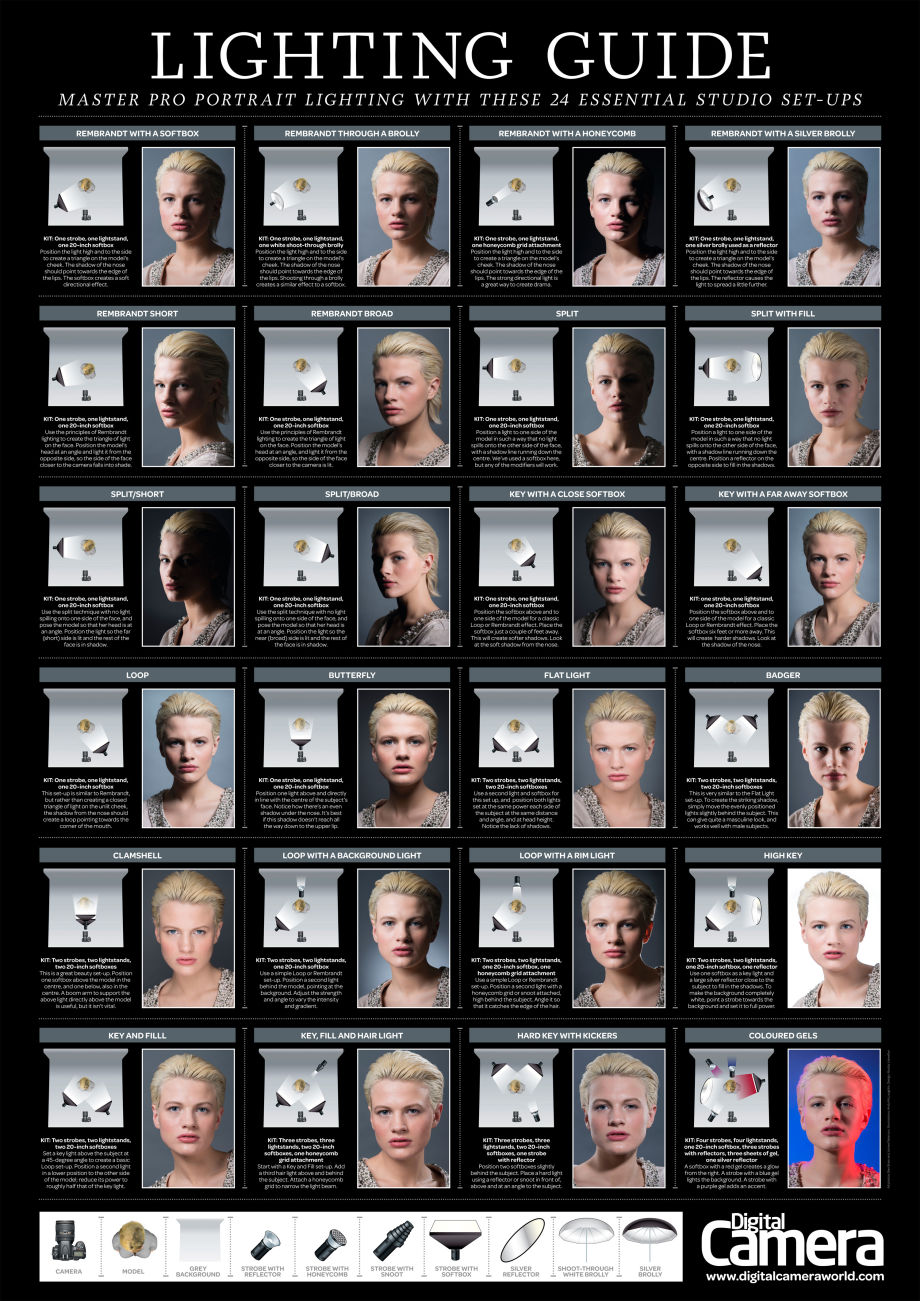 I used the Rembrandt with a HoneyComb setup for one of the face renders, for example. 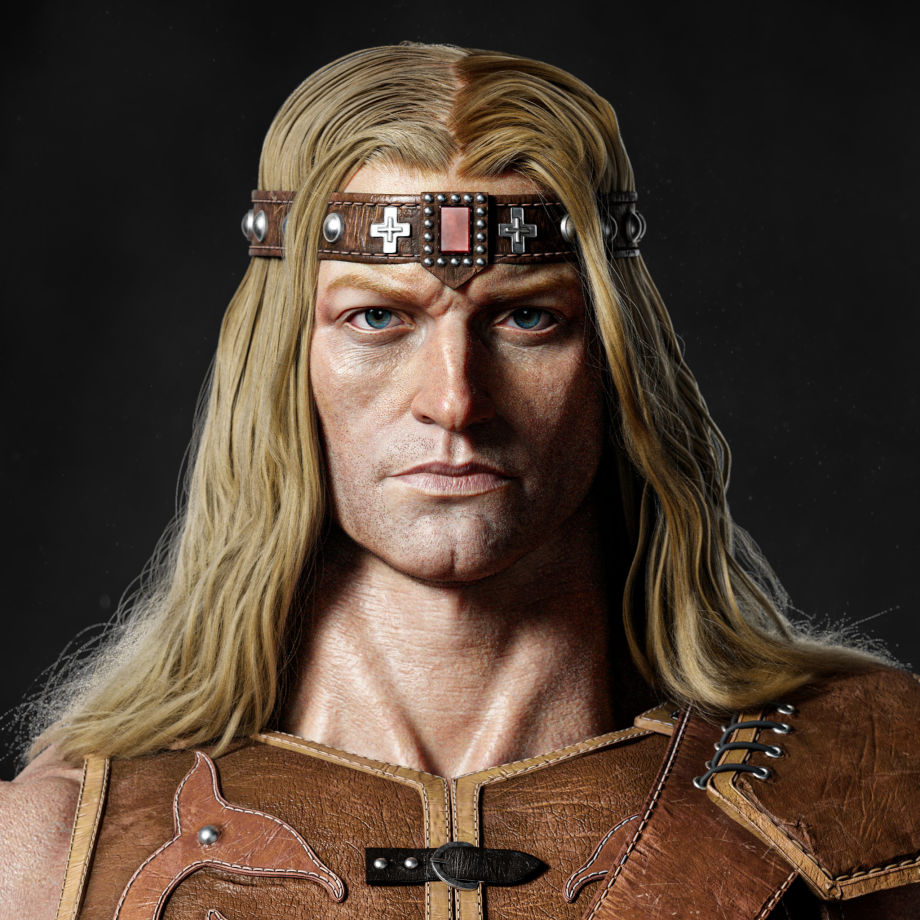 For the post-production, I exported out the AOVs in Maya, such as the different lights, the specular, diffuse, SSS, and Z-depth channels, and brought them to Photoshop to create a composite image. I used the Z-depth image by placing it in the alpha channel inside of my Photoshop document and then applying the Lens Blur filter to determine the Depth of Field effect. I also used the Camera Raw Filter to enhance the crispness and values of the image. The background was simply painted with brushes with some overlaid smoke and dust particles.