Linus Scheffel briefly talked about weapon design and shared some details of his Daewoo K5 Pistol.

Linus Scheffel briefly talked about weapon design and shared some details of his Daewoo K5 Pistol. 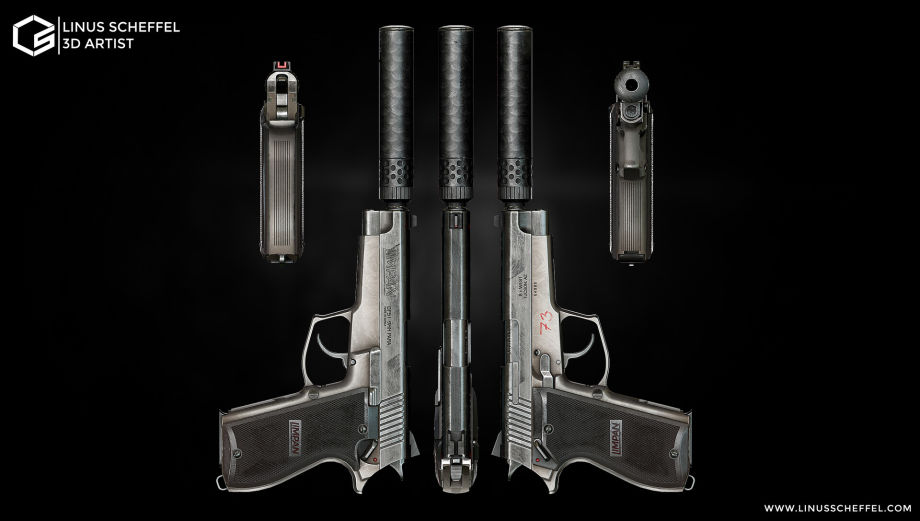 My name is Linus Scheffel. I am a 3D artist at DICE in Stockholm.

I was born here in Stockholm and have only been doing 3D for about 4 years. I started out not knowing exactly what I wanted to do, I made miscellaneous props and other similar assets until I started to get really interested in modeling 3D firearms.  Time passed and after hours and hours of working on my portfolio, I was eventually contacted regarding freelance work for different projects.

From that point and on I did freelance for different game projects for quite a while, such as Days of War, The Whaler and on multiple projects by Dekogon studios. I worked on these projects until the summer of 2018 when I instead applied for a 3D artist position at DICE here in Stockholm.

I am now working as a weapon artist on Battlefield V.

I would say that I like video game guns because they come in such interesting and varying shapes and sizes. It’s one of those things that can be very elegant and look super expensive or they are super bulky, impractical and just genuinely crazy looking. Of course, those aspects can be found in other modeling subjects as well, but I like guns over other things for their complexity and level of detail. 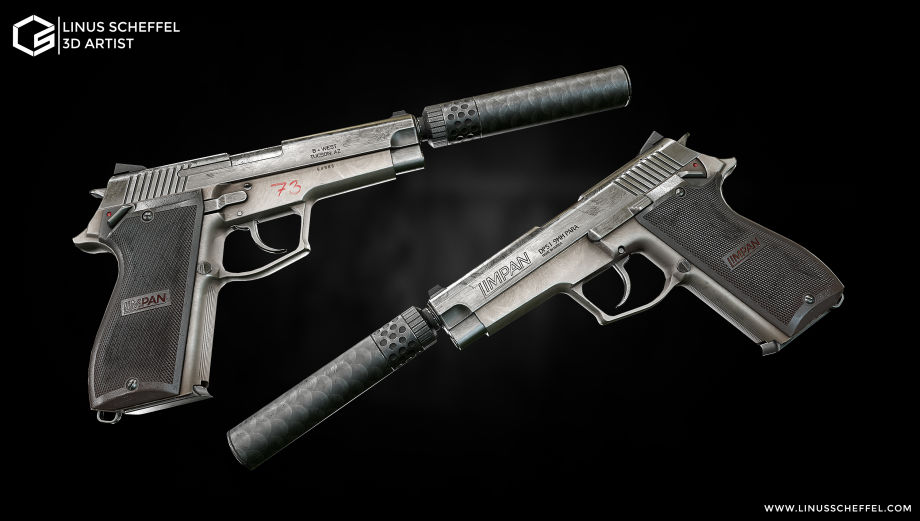 I wanted to add a twist to the texture of it, something that would stick out. I searched around a little until I found someone who had engraved the suppressor quite similar to the scales of a fish. I then decided to add scales of my own to my suppressor but with a more neutral type so it could be any creature really that has scales and not just fish scales. 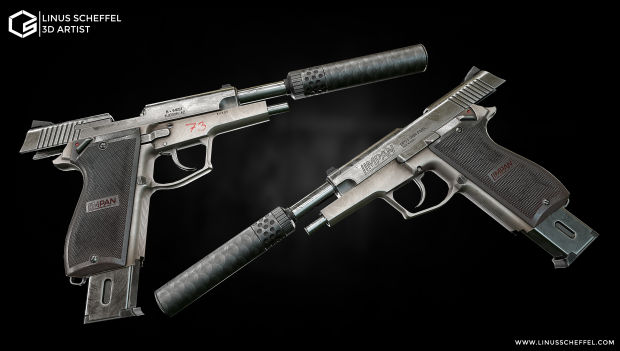 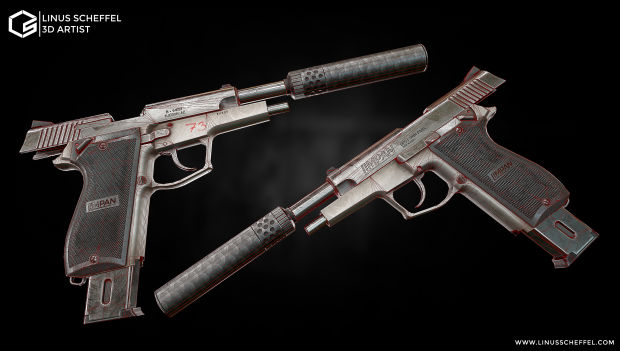 The handle effect is made from 2 layers masked out with an ID map. The first layer is a fill layer that has a tiling diamond texture as well as a lower height value compared to the rest of the gun. Whilst the second layer has the color and roughness variation in it whilst under the influence of a smart mask.

The top half of the gun is a steel slide treated with mild blackening solution whilst the bottom section is a brighter, parkerized type of metal common for most modern firearms. Usually in brighter colors.

I render most of my newer projects in different environments within Marmoset Toolbag to show its appearance for different lighting conditions, conditions that could happen in most modern games. In order for this to get the best results, you should texture your models after the latest PBR standards. It is important to texture with correct values and techniques for this to work.

My average projects take about 5 days until I press the publish button on my AartStation page, including all the steps from blockout to a finished and rendered asset. But after-work projects that I work on now can take a long time to finish as you never quite get into the flow that you achieve while working in longer sessions.

When it comes to inspiration for finding an interesting project to start with I would recommend the YouTube channel Forgotten Weapons. This channel is all about strange weaponry from different time periods. It’s a great source of inspiration. It is also a very big help knowing how guns actually work, you won’t need nearly as many references that way.

For general advice, I would recommend focussing on making things that you want to make, not things that you think others want to see. The danger of making something that you don’t want to make is that you usually get bored halfway through your project, eventually stop working on it and never finish it.

For some help with modeling and texturing Google and YouTube are your best friends, there are tutorials for everything.