A well-known art-director Col Price told us about the hardships of art directors, the importance of color in games and movies.

Col Price is a well-known art director who worked with various companies including Evolution Studios, Electronic Arts, and Sony Computer Entertainment Europe. Today we talk with Col about the hardships of art directors, the importance of color in games, and freelance work.

Could tell us a little bit about yourself? When did you start drawing and how did you manage to turn this thing around into a real career?

My name is Col Price. I live in a small village on the beach just outside of Liverpool in England with my wife, son, and crazy dog. Ever since I could remember I’ve always drawn. My grandfather was an actor and an artist. He would always encourage me and give me tips. I learned a lot from him.

When I was at school I always wanted to work as an animator. My biggest influence was Ray Harryhausen, who some years later, I actually got to meet and spend some time with. It was totally a starstuck moment.

I spent a few years just getting life experience and then headed back to college to study film and then university where I ended up studying, programming, electronics and film VFX production. In the meantime I was animating 3D stuff in my spare time. I left university and went straight into the games industry, that was in the days before PS1. It hasn’t stopped since.

You’ve worked in a number of great big companies including Sony Computer Entertainment Europe, Electronic Arts, Evolution Studios and helped to to make some great games like Wipeout and Driveclub. You’ve almost always worked as an art director. Could you explain, what an art director exactly does at the game studio?

Well you often find in different studios that an Art director (AD) can mean a few different things. Some studios an AD will just oversee production or manage the staff. Usually an AD is the person who comes up with the visual style and vision of the game, and that’s everything from: mood, tone, light, characters, environment etc. All these elements need to sit on a level and they all need to knit together to make a believable world. 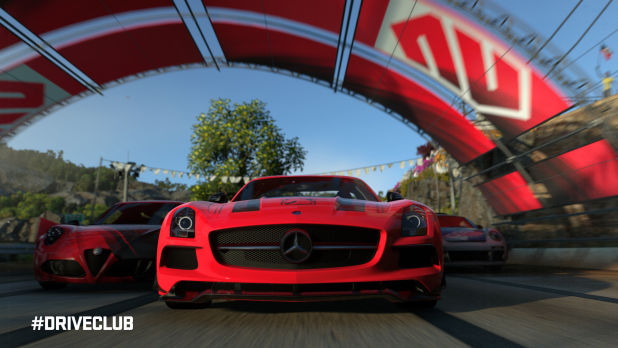 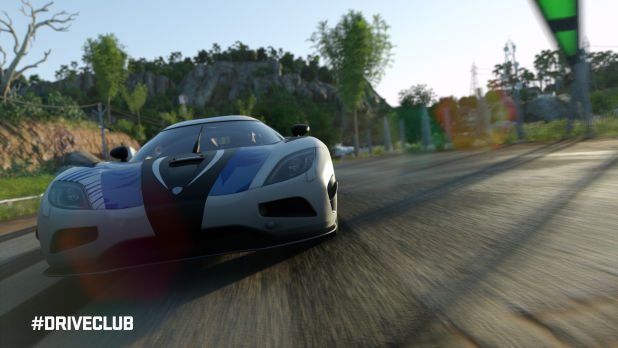 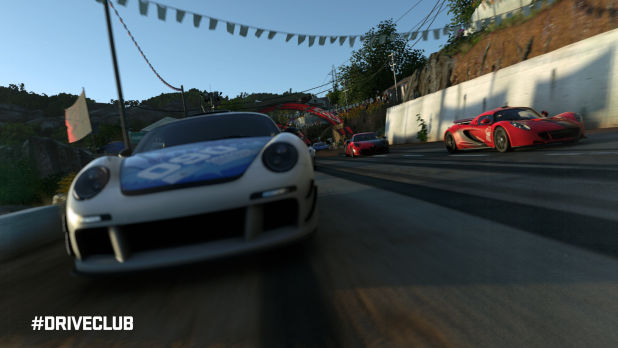 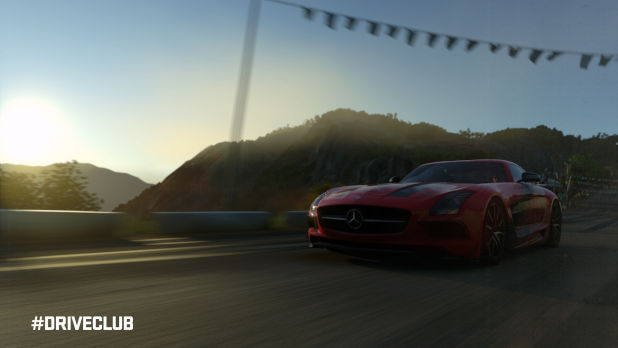 On most projects that means I’m heavily involved in the concept art. I think it’s vital that the AD can visually communicate to the rest of the team exactly what he’s after. So I spend a lot of time in pre-production. This goes from the game development process to working with the team (because coders need to understand the vision just as much as the artists) and painting absolutely everything up.

I also spend a lot of time on the VFX and VFX design. This always seems to be one area studios seem to leave till the end. For me the VFX is the first thing to start and the last thing to finish on a project. We did this on the Motorstorm projects and the payoff shows!

During your career you’ve used hundreds of different tools for artists. What do you think are the most important ones, the ones you can’t really do any work without? And do you use classical stuff like pen and paper? Does it help during your studies? 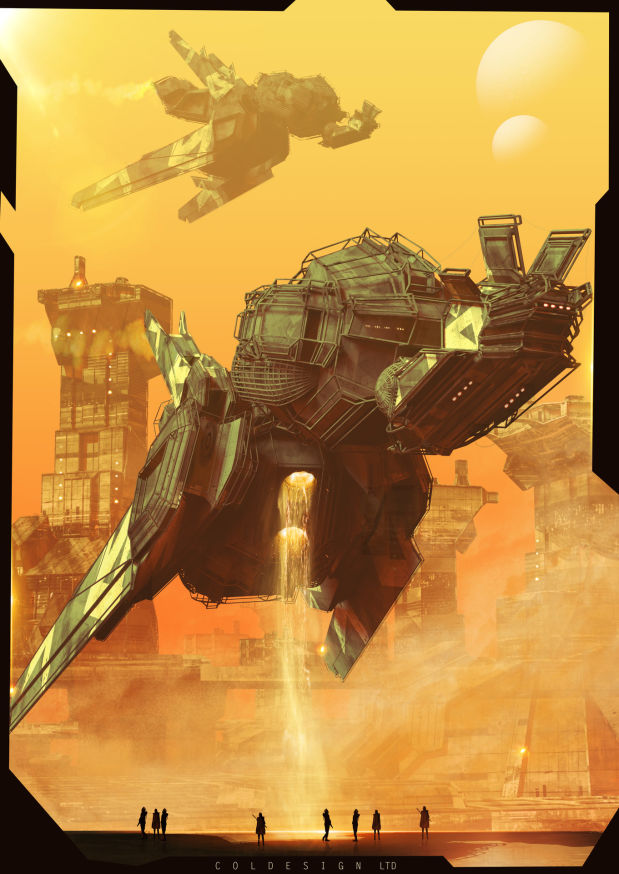 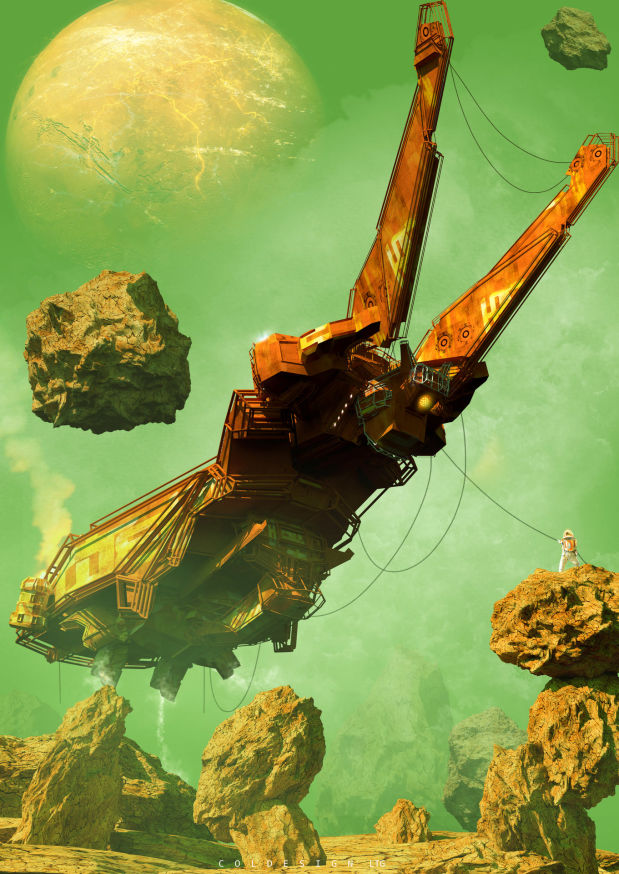 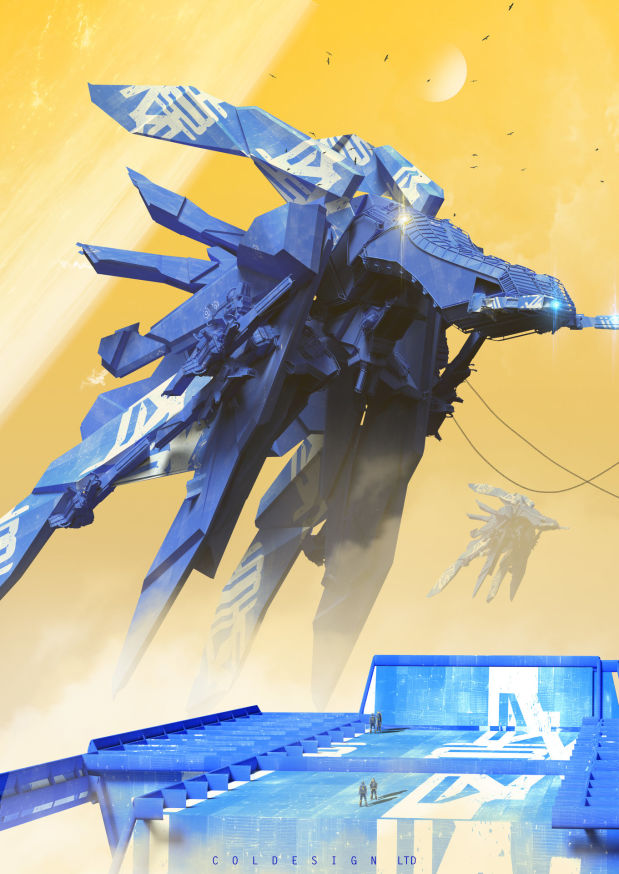 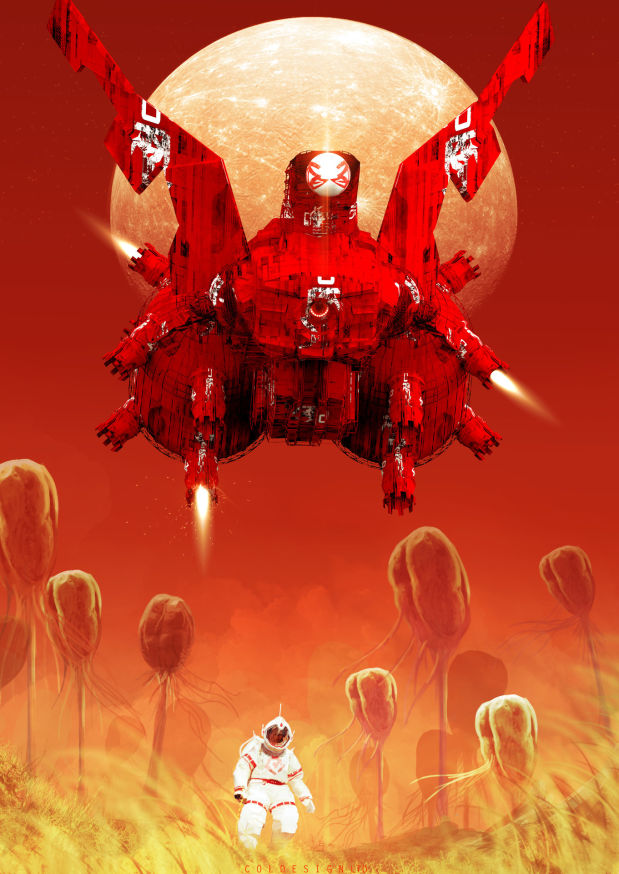 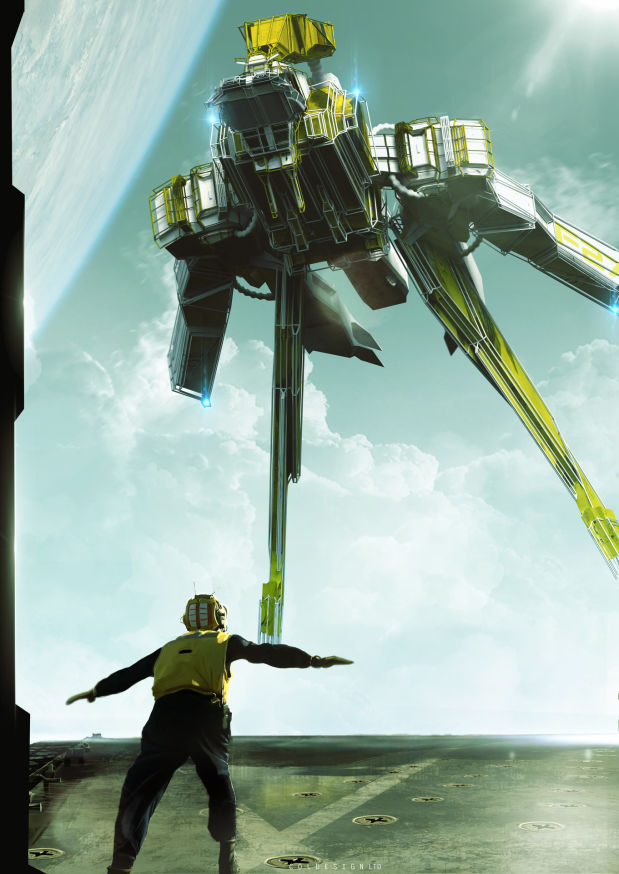 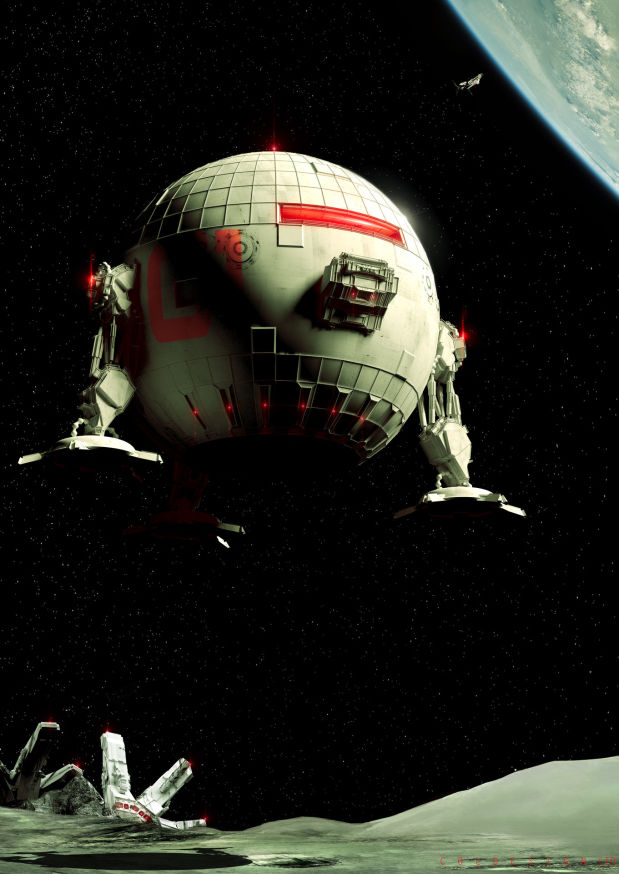 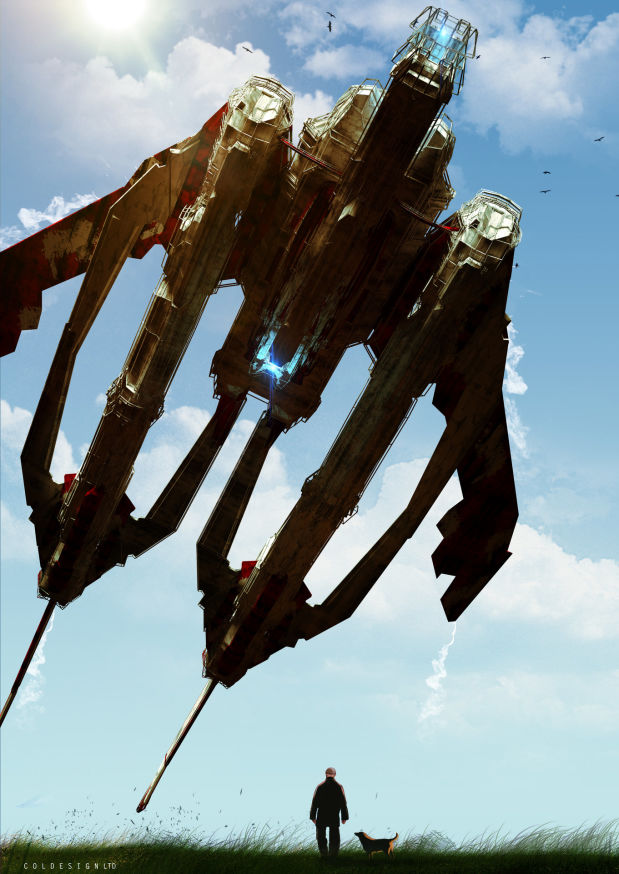 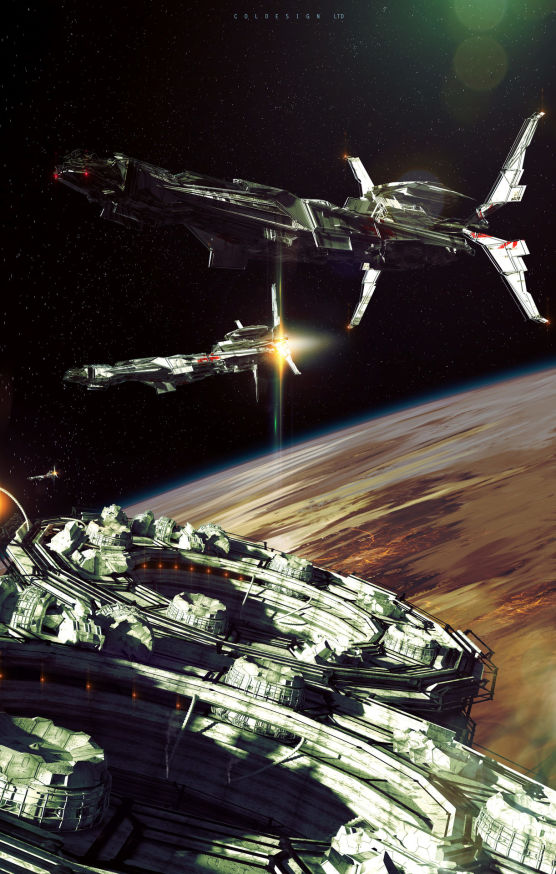 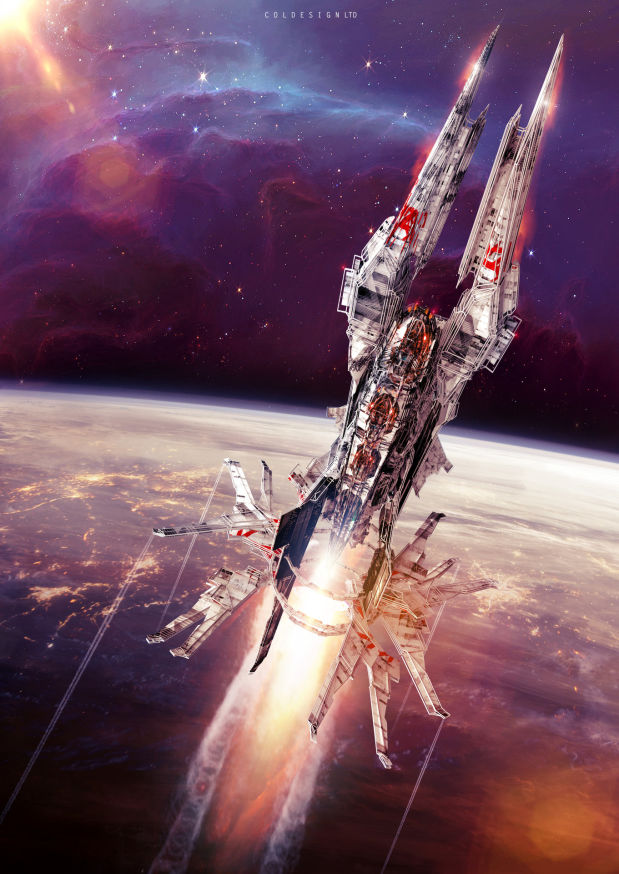 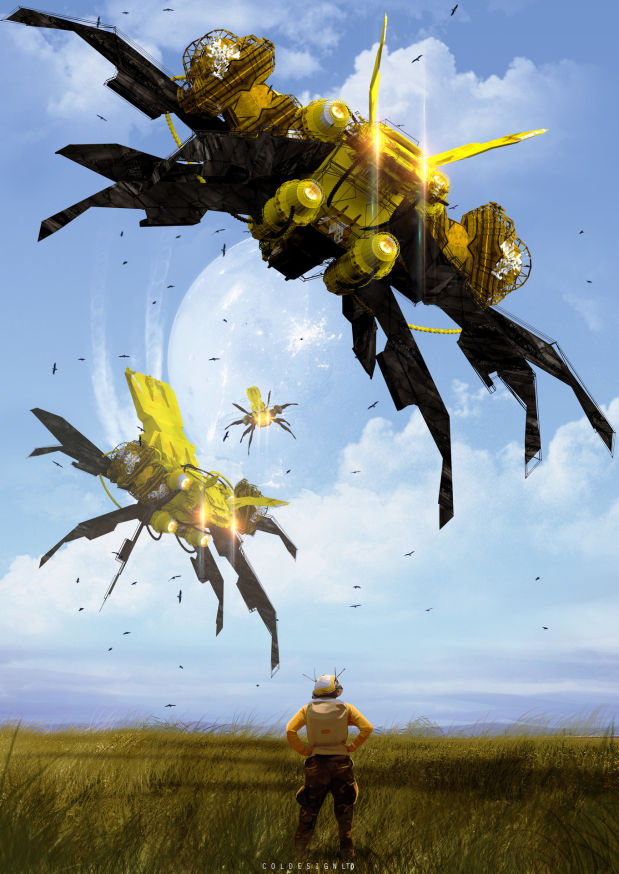 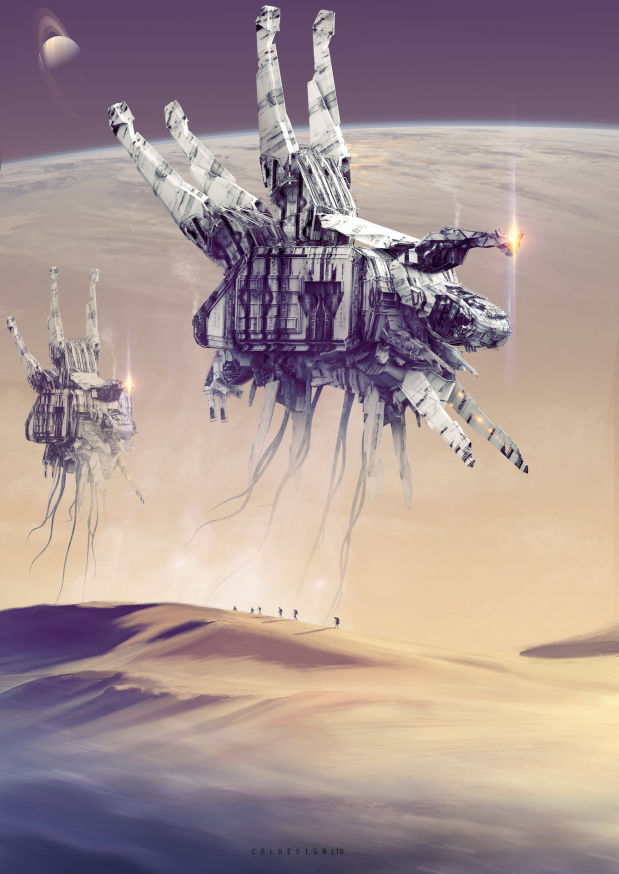 Your eyes and your gut. Trust them both. They are better than any software out there. If it looks wrong, change it. If it looks right, leave it even if coders say it can’t exist. I do have a sketch book, but to be honest it’s all digital these days. You need that for the fast turnaround of today’s studio life. You need to get at least one finished concept a day out the door, and by that I mean (for example) the work of mine you’re showing today. These are all done in a few hours and you need that speed and confidence if you’re going to survive

It seems like today it’s less about the technology and more about the style. How do game companies work with art direction today? How do you still manage to make beautiful games right now?

It’s a constant battle. It really is. It’s always code and art at loggerheads but the key is communication and visual communication. There’s no point in somebody talking to the code team and saying, “I want the sky like this”. You need to show them! Paint it, photograph it, but let the team see. It’s important everyone understand the vision of the game, that’s why pre-production is so important. You have to plan everything out on a visual level. That way when it comes to production, most of the problems are ironed out and it cuts back on the team crunching.

I also think that even though it may seem like the visuals are more important, in most studios the code and tech seems to drive the game. It is a shame because it can stifle the creative process and stop beautiful experiences from being created. Slowly, it is changing and I’m finding studios are far more receptive.

Why do modern games look brown and grey? Why don’t game artists use more color? Is there some logical reasoning behind this bleak color palette?

I love color, I love the use of color, and how it effects emotions and the player. I’m not a big fan of bleak palettes being created so the player feels lost. I think a lot of this comes from somebody looking at a film and saying “I want that”, without totally understanding what this vision is doing to the player. Films and games are totally different experiences. Games can be more intense and immersive. With film, that color palette can last for a hour or so and it’s an hour with the person not being in control. It’s different when a player and that person is immersed in that environment. 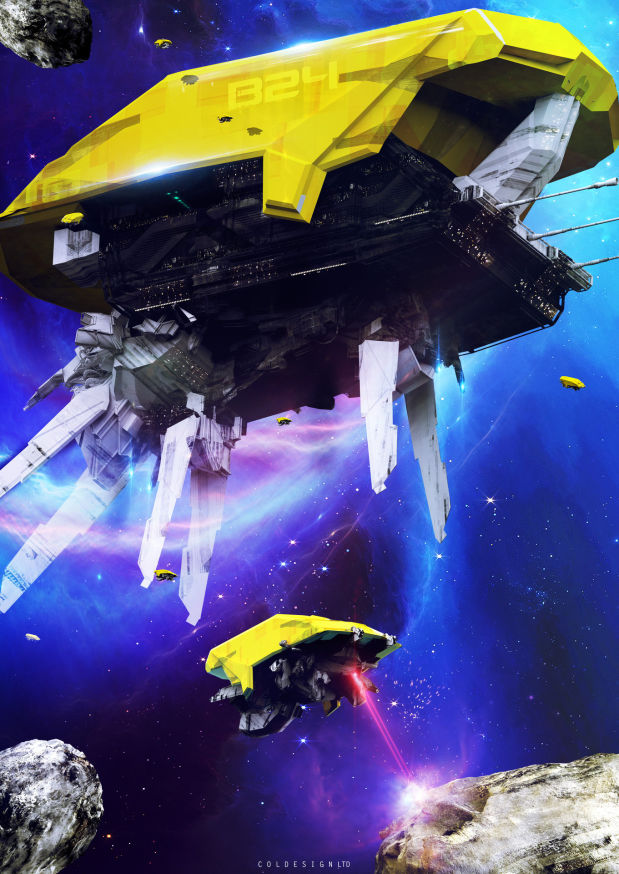 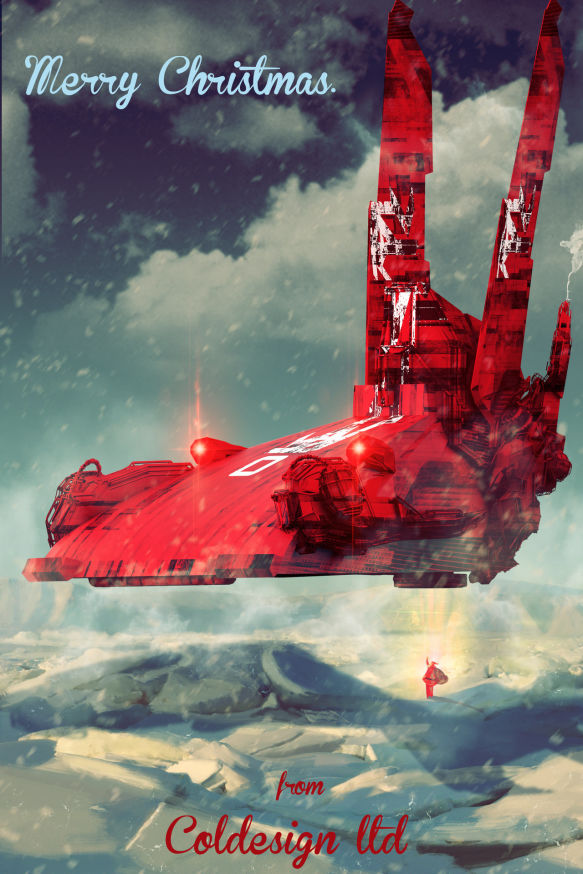 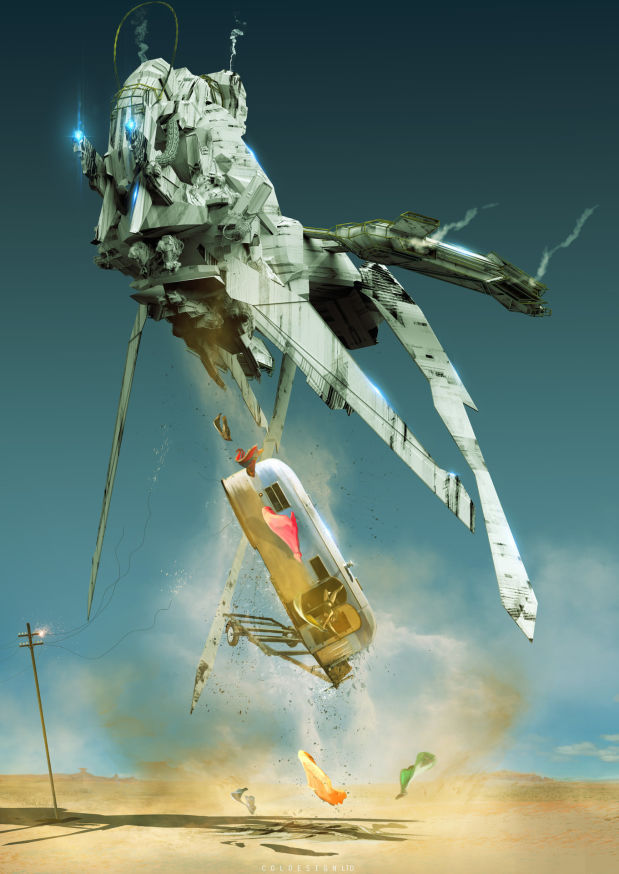 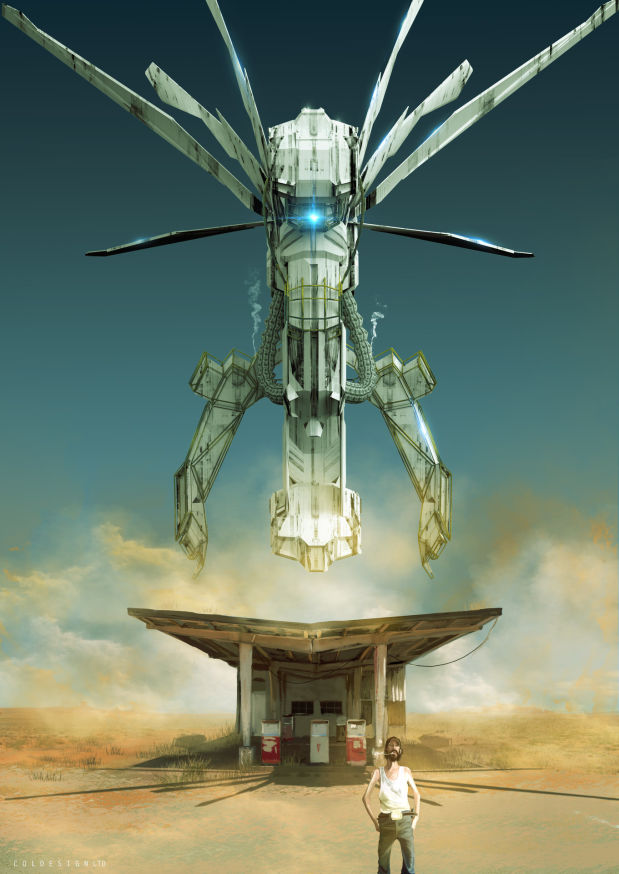 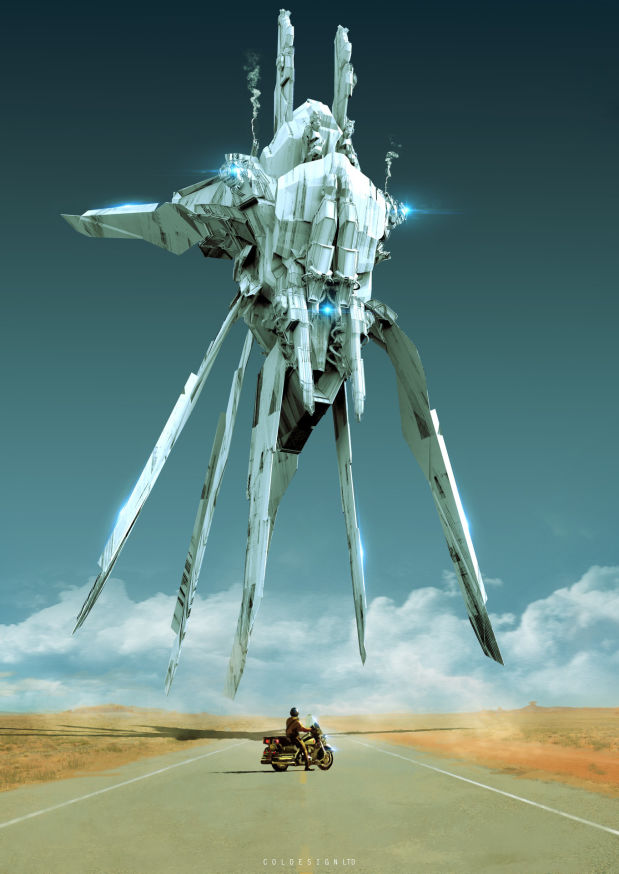 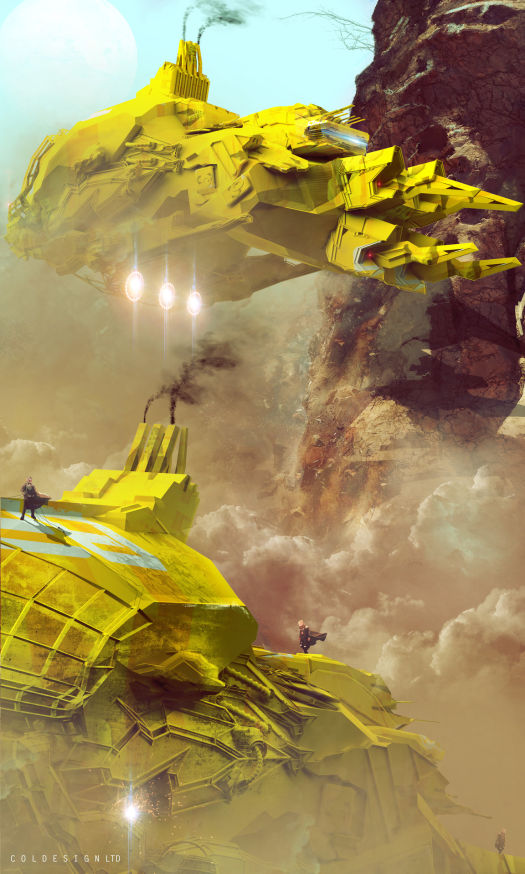 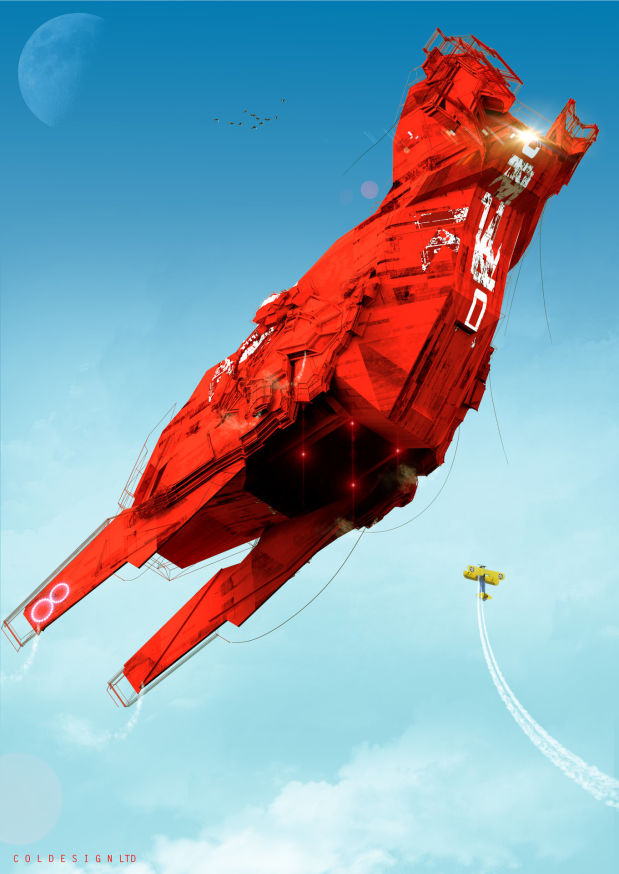 By all means, study film. It’s vital that we use it as a visual story telling tool. It’s been around a lot longer than games have and its very sophisticated in its visual language. I still think visuals on a color level can be somewhat naive in some games, but some teams have it down to a fine art and that’s when we get beautiful looking work on our screens. But I think we need to get past our clichés such as “turn the screen red “when we get hit. Contemporary players are far more savvy than that.

The art on your Artstation page looks nothing like Driveclub, Battlefield, or Motorstorm. This is like a completely different surrealistic world. A combination of Evangelion and Jodorowsky’s Dune. Incredible stuff. Where do you get these ideas and are you ever going to make all those beautiful ideas into your own game or a movie?

A movie would be great (give me a call Hollywood!). I am doing a game with a small team that should be out later this year. It is based on some of my ship designs. It’s going to be a lot of fun.

For me that work is just a release. I grew up reading books and studying art from Chris Foss and Jim Burns and I love that over the top style. Alien ships should look…well alien. So after a day’s work doing story boards, I just like to empty all the rubbish out of my head by doing these concepts.

I tend not to put up studio work online it can take ages for a project to finish so the work could be up to two to three years old although I may put up the Driveclub work soon. I did a huge amount of art for that project.

I also create work just to keep my creative edge and constantly lean. These pictures keep my brain alive! I’m not sure where it all comes from. I get ideas pop into my head all the time. I just need the time to get all these ideas down now.

What are you working on right now and why did you decide to leave big companies behind and work as a freelancer?

Yeah, it was a big decision for me to leave studio life. I had been in the confines and safety of studios for almost 20 years and it just felt like the right time to make this move. In my position, no time is the right time. I was on project after project with no let up, so I just made the choice. It was a tough one but for me personally I needed to see if I could get out there and do it, so to speak. And so far it’s been the best thing I’ve ever done. The response has been fantastic and so has the press with fantastic websites (like yourselves) inviting me to chat. It’s been an incredible time and I haven’t come up for air yet.

Right now I’m on a beautiful story driven game called Troll and I. I’ve been working with the guys from Spiral House for a while now and they are an amazing team. I’m story boarding the game and it’s a joy to work on. It’s always nice to work with such a talented and enthusiastic team. What you see on the net is very early work; but trust me, it looks great and it’s going to look fantastic. It’s a very original game.

I’m also working on a movie at the moment. That’s during weekends. It’s called Welcome to Purgatory, and it’s a blast. Following this batch, I’ll be back onto a game I was concepting earlier as they want some more work. Then I’ll be on to my spaceship battle game. It’s a crazy time!

We get a lot of questions whether there is a big difference between preparing art for games, movies, and TV. Do producers usually look for the same thing in these industries, or is there a difference? 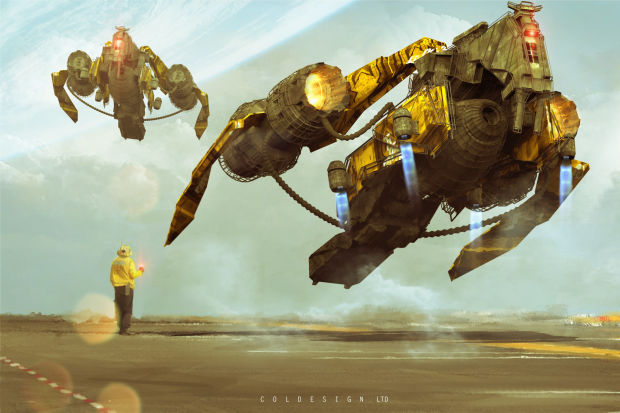 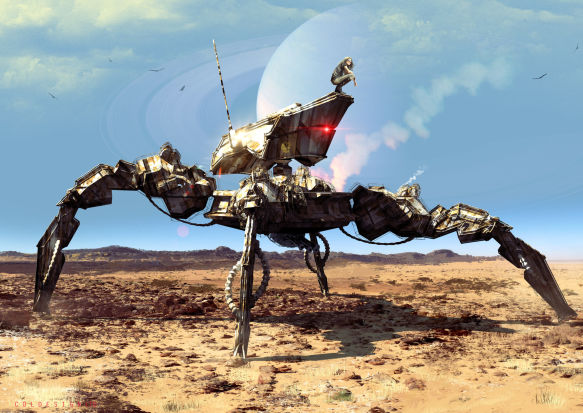 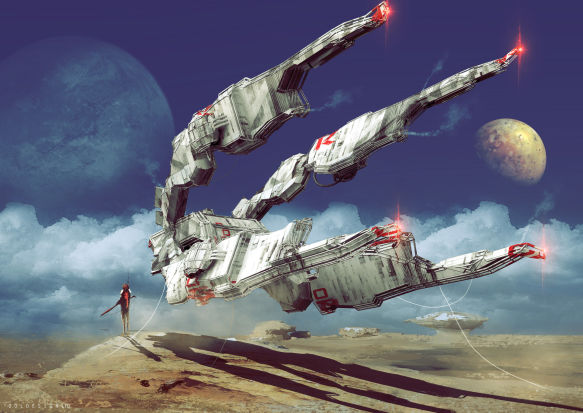 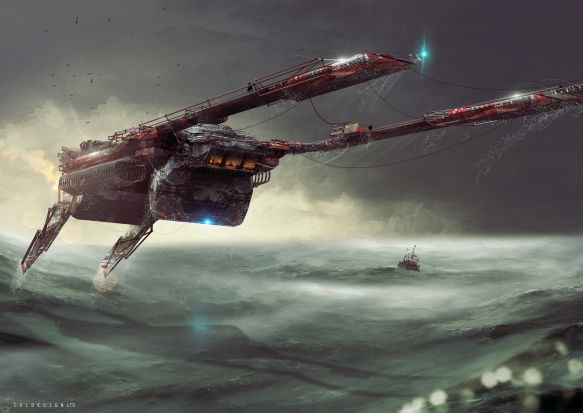 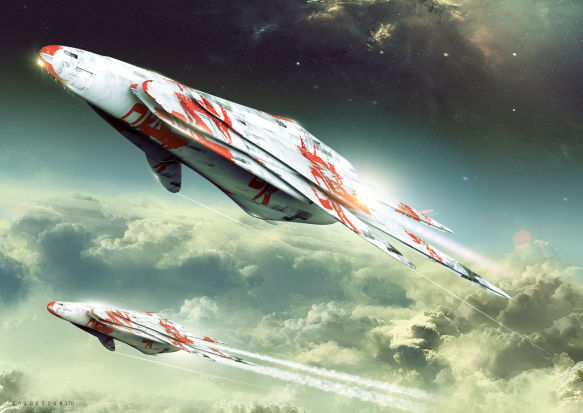 I don’t find any difference. I bring the same ethos and work ethic to them all. It’s about getting a good rapport with your client, understanding what they want and what they need. It’s also about offering creative advice, but you need to gain trust and confidence from the client. Everybody wants the same thing. They want the best possible and best looking work they can get and that’s from both sides.

I’m pretty thorough in my work. I do a lot of research and try and understand as much as I can about the project.

The concept side of things, for me anyhow, has been the same process. The one thing I always tell a client is don’t be afraid to say you don’t like it, and I say that right from the start. For any client relationship that’s vital to have.

There are hundreds of platforms for artists right now. What services would you recommend for artists who are just starting to work on art for games?

Well I use Artstation and I use CGSociety. Both are great platforms and great places to meet new artists too. I also have a blog and I use Twitter, Facebook, and Google+. It’s a huge task keeping up with this social aspect but it’s also vital. I also have a website. I think I have all the bases covered. Artstation and CGSociety are fantastic and I would recommend it to anyone to check them out. It’s also great to go on there and look at the talent and think to yourself: “Right I really need to up my game”. It pushes you as an artist. That’s invaluable. 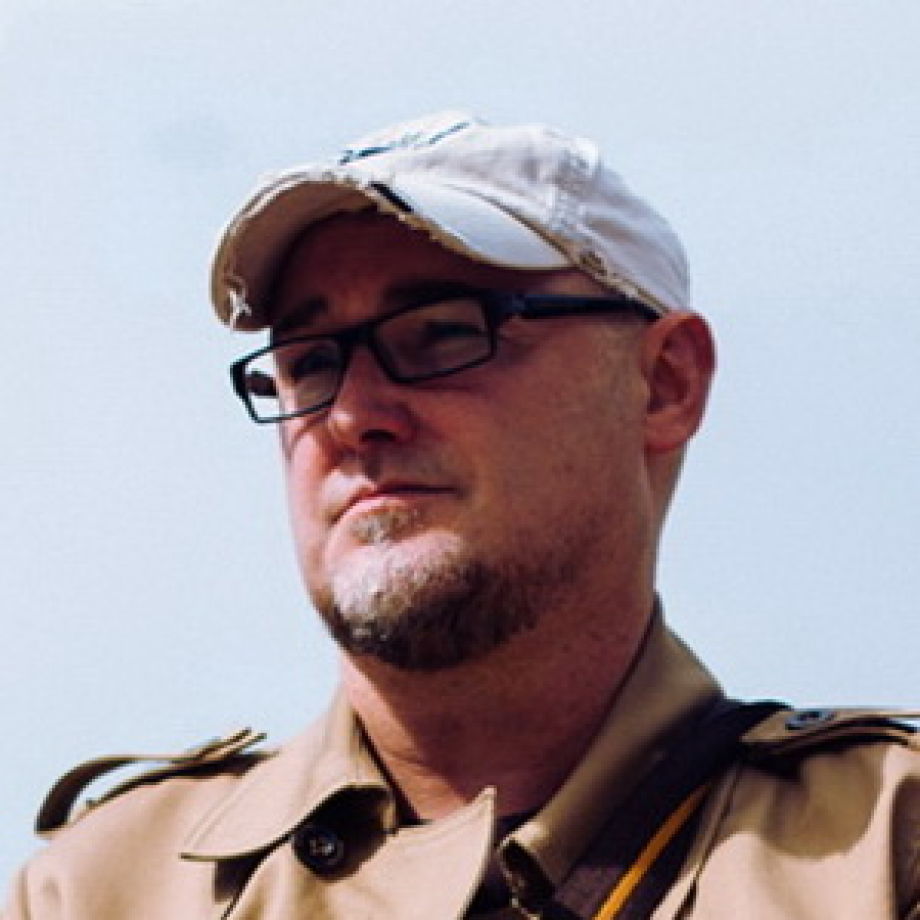