Ivan Cherganov talked about his general approach to hair creation in XGen and the workflow for the ponytail, bun, and dreadlocks hairstyles made for a masterclass demo.

Hello! My name is Ivan Cherganov. I am a 3D Character Artist working in the film industry.

Mostly, I am a self-taught artist but I also studied visual effects and character art at Scream, a CG-school in Moscow. I worked with companies such as "Main Road Post" ("Ded Moroz.Bitva Magov", "Legenda o Kolovrate", "Rubezh"), "Green Light" and "CJ VFX" ("Abigail") as a 3D modeler for VFX and as a character artist.

Before I got into 3D I graduated as an IT-specialist and was keen on programming. I had a personal project where I tried to combine OGRE (open-source graphics rendering engine) and OpenCV (Open Source Computer Vision Library) to make a game where a player can control virtual objects with bare hands while sitting in front of a camera. This project pushed me to open a 3D modeling program for the first time, and immediately I was reminded how back in the day I was obsessed with Blizzard's cinematic videos in my first ever computer game – "Warcraft II", how I saved the game seconds before a mission would end just to be able to rewatch the followed up cinematic video again. Since that moment I've been on a journey of mastering my 3D skills and it has been for 9 years already.

Getting into Hair Creation

Like any other character artist, I had to face hair creation and when I discovered XGen it was a real game-changer for me in this area. Lately, I decided to focus specifically on grooming to raise the overall quality of hairstyles I make. 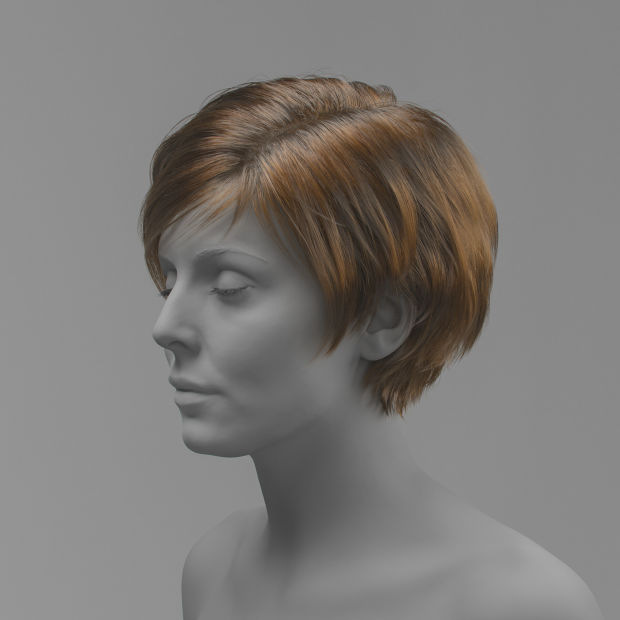 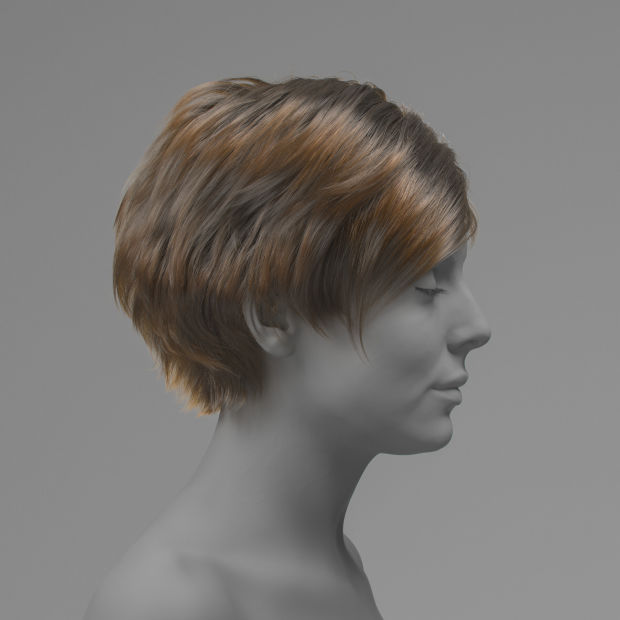 1 of 3
Not so long ago I was offered an opportunity to come back to Scream but as a lecturer on how to create hairstyles using XGen. I was always interested in learning and developing effective algorithms and methods that can help to overcome difficulties in the art creation process, especially at its early stages. This idea laid the foundation of my masterclass. I've selected the skills and techniques I wanted to teach students according to the most common tasks a character artist can get. My latest project "XGen Hairstyles Series" was created to illustrate the potential of these skills and techniques and to inspire the students. 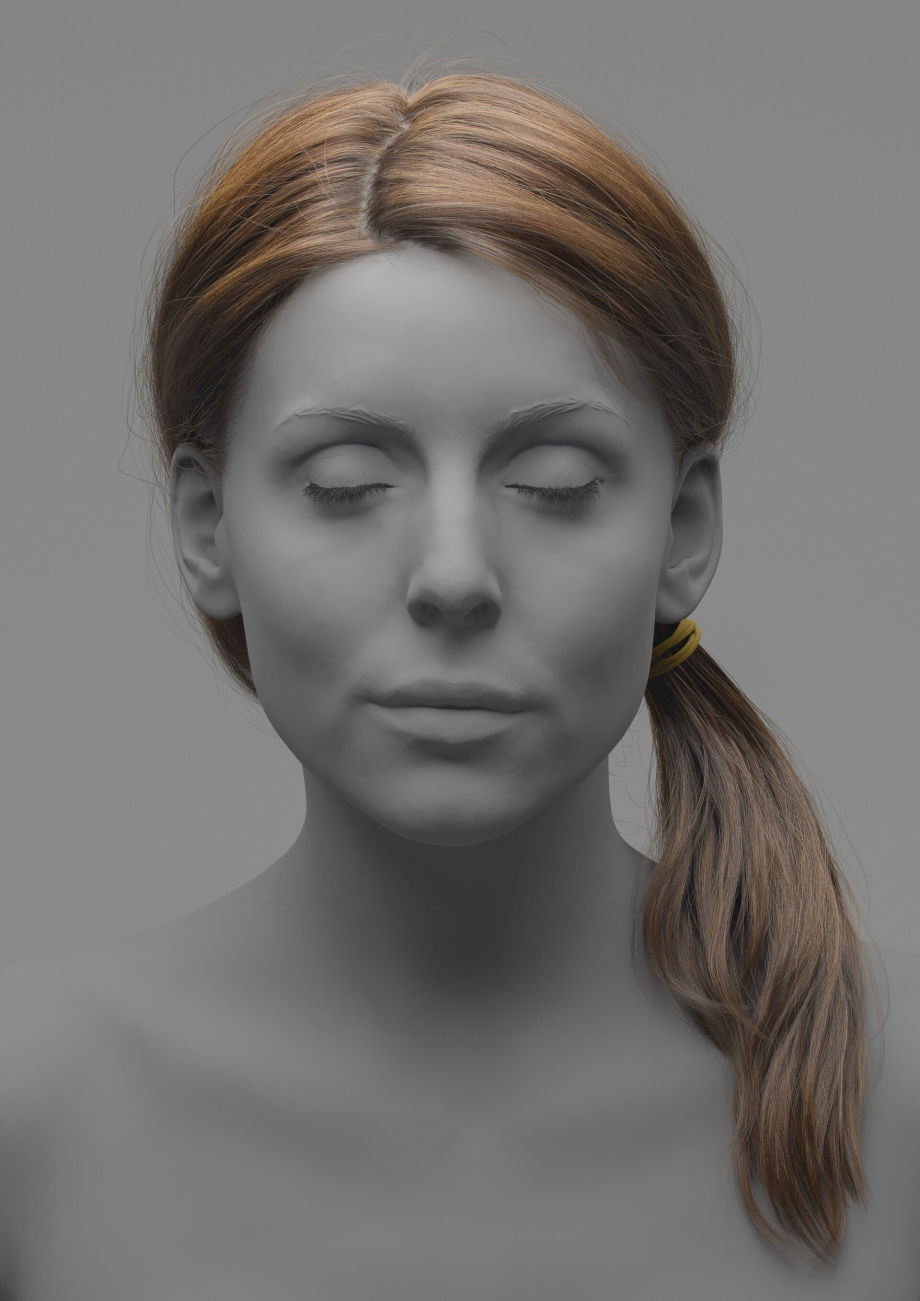 Every task execution should start from its understanding and analysis. At this stage, I gather requirements, carefully study references, and plan my work. Through reference studying, I start to understand hairstyle form and structure, try to distinguish the details, recreation of which will make a CG hairstyle look as real as possible. These details can be such as negative space between strands, flyaway and "baby" hair in specific areas, maybe some "rogue" strands, etc. I also pay attention to general characteristics of the hairstyle such as hairline height and its form, overall hair density. Hairstyle creation is a complex task, which I always break down into smaller ones. At this stage, I plan the amount of XGen descriptions I need and decide on the method I will use to create guides for each one of them. With all that in mind, I begin the modeling process and as soon as the main form is ready I start making render tests with HDRI and studio lighting. In general, my workflow can be represented by these block-schemes: 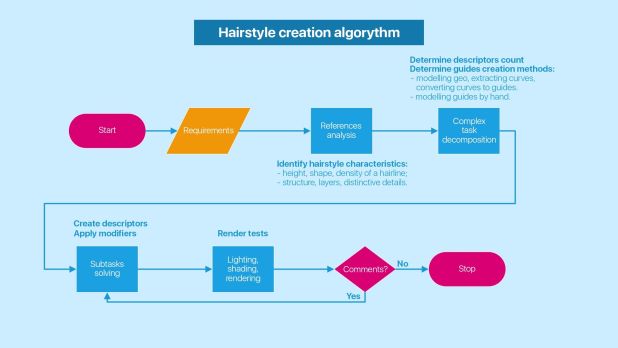 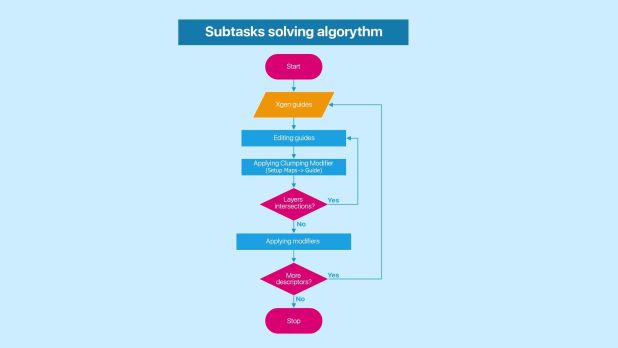 Speaking of hairstyles, with a ponytail and a bun, I created three hair collections: scalp hair collection, ponytail collection, and bun collection. For scalp hair collection I created 4 descriptions. The first one was to establish a base shape. Due to its overall simplicity, I decided not to generate hair primitives along the whole surface of the head but only in the area near to the hairline. The second description was created to represent a certain type of detail – tight and very distinctive hair strands. The third one was to create a transition area between scalp and hair (the area where the width and density of hair gradually increases). And the fourth one was to create little details here and there to add more believability. All descriptions have more or less the same modifier list: three levels of clumping to recreate strand's complex structure and a combination of four types of noises (low, mid, high-frequency noise and the one that creates flyaway hair) to remove the "wet" effect and to break up hair specular reflections. 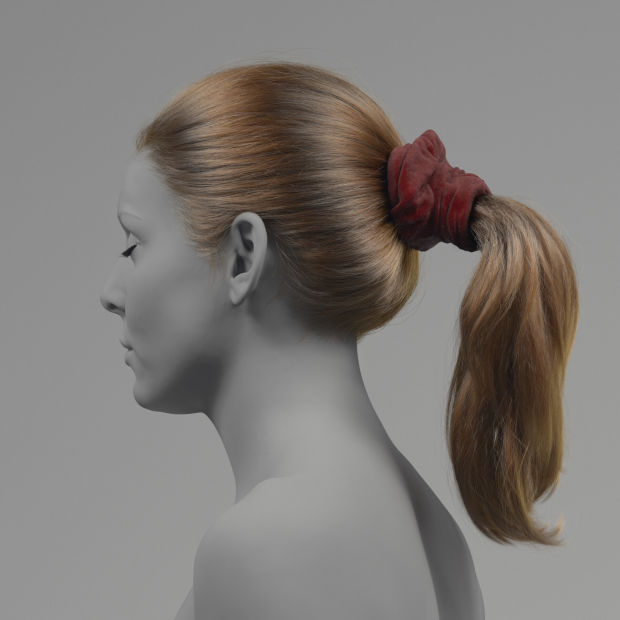 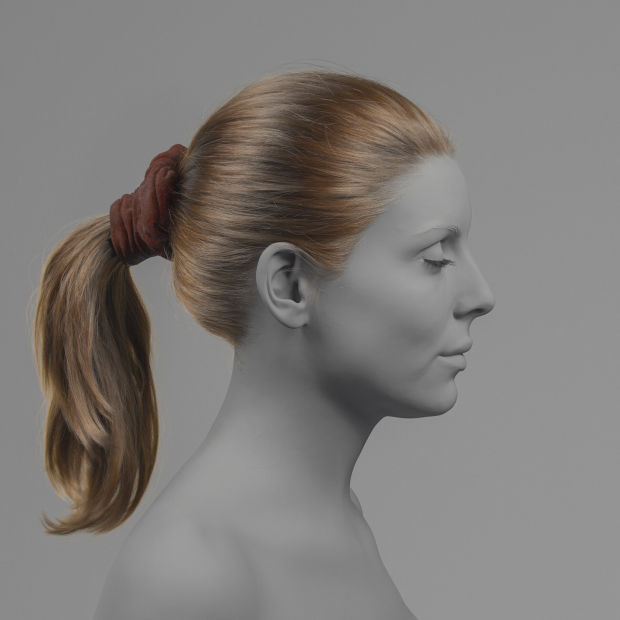 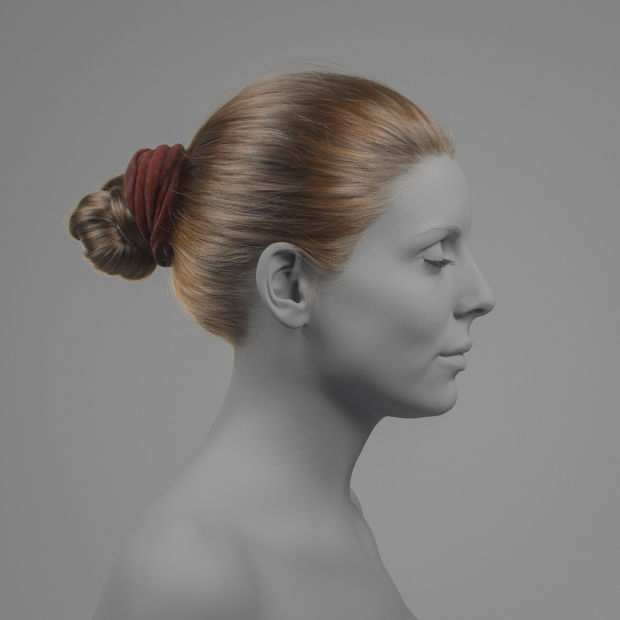 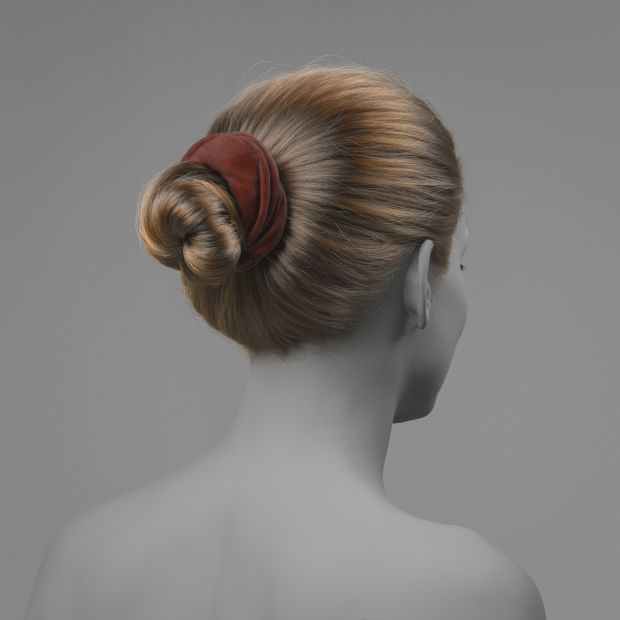 Some guidelines to follow while modeling a hairstyle: place guides layer by layer and avoid intersections of generated hair primitives, place more guides if more control is needed, do not overwhelm a hairstyle with details, maintain rhythm between detailed and rest areas. Ponytail collection was comprised of one description only with 60 hair guides. And to make a bun I sculpted its form in ZBrush, then made a retopo in Blender and used this model to extract curves from. Curves were converted into guides and the same list of modifiers as for the scalp hair was applied.

The main challenge here was to make these simple hairstyles look somehow impressive and interesting which resulted in hours of guides tweaking and lots of render tests. Overall primitive count for each collection is about 80K.

Dreadlocks were modeled with nurbs surfaces, from which curves were extracted and then these curves were converted into XGen guides. The main trick here was to be as accurate as possible while painting a density map for dreadlocks. The density map marked areas of hair primitive generation for each individual dreadlock and these areas were not to be intersected, otherwise, dreadlock form wouldn't hold. And to achieve this final look it was crucial to incorporate details that would seamlessly blend different descriptions between each other. For example, short messy hair in the base of dreadlocks, parting between dreadlocks and short hair on the sides, etc. 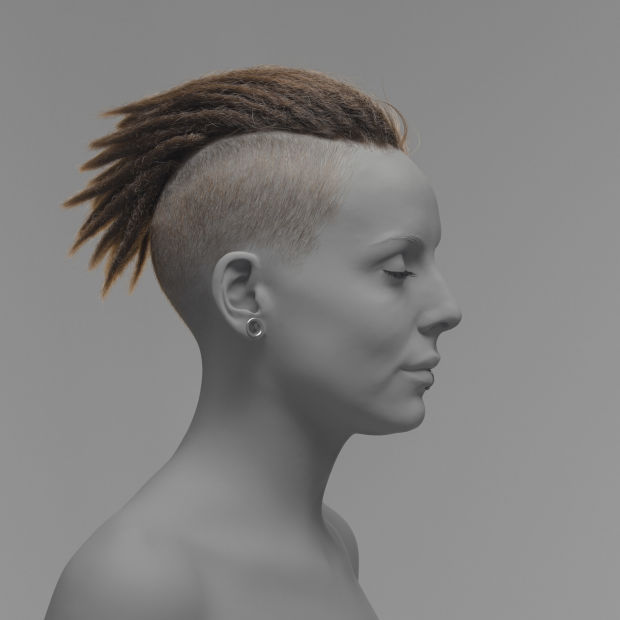 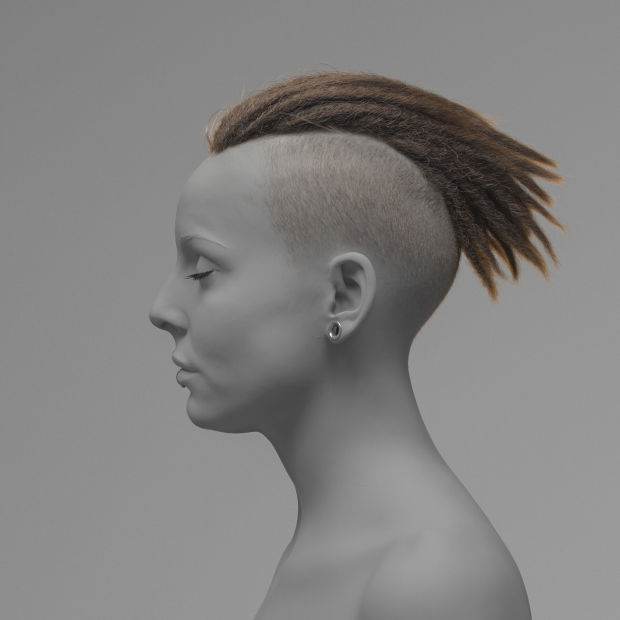 My previous project "Long curly hair" was done as an exercise to practice XGen in conjunction with IGS. I wanted to model something that was structurally difficult and found suitable references on a wig shop website. The main shape and every curly strand were done using core XGen with Clumping along guides modifier only. Then the XGen description was converted into IGS and since it gives control literally over every single hair strand, I was able to finalize the hairstyle look to match the reference almost perfectly. 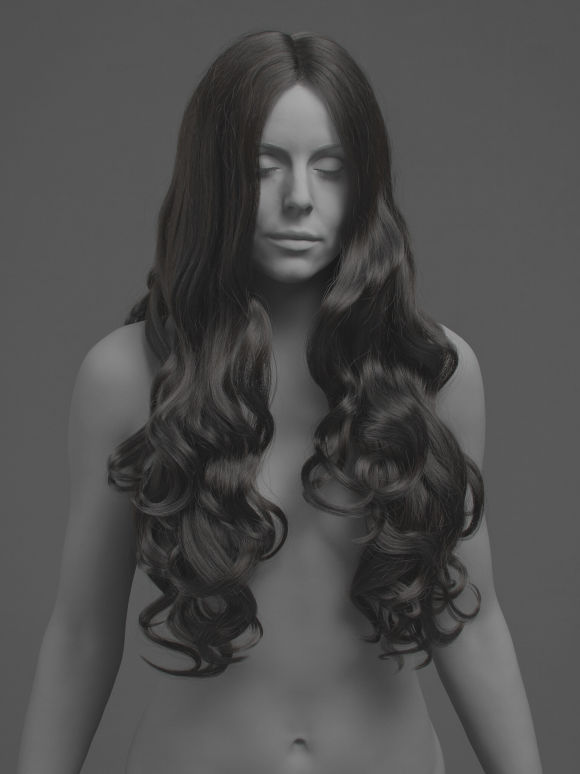 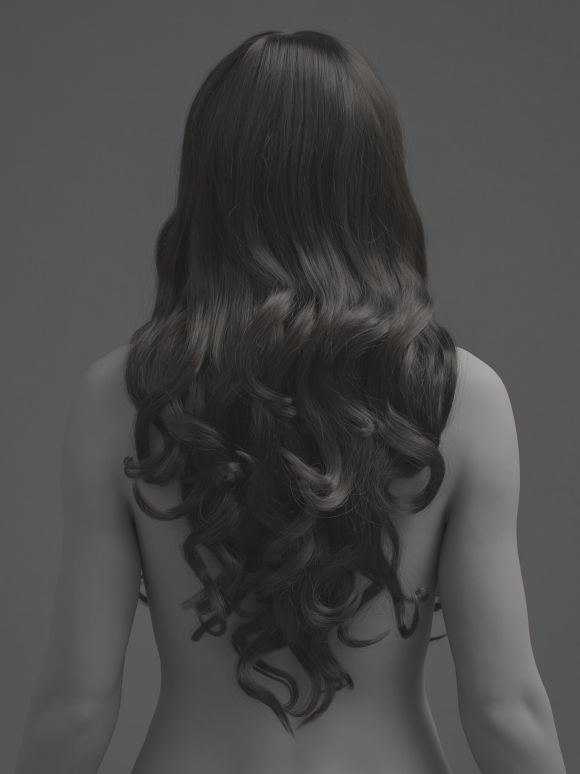 The task of creating hair sometimes can be very daunting but at the same time, with the help of modern-day tools, it becomes more entertaining and rewarding. For me personally, the 80/20 rule is totally applicable to the whole process. The task of setting up the main form and details of a hairstyle (80 percent of completeness) is usually accomplished pretty quickly. Each hour of work at this stage gives me a clear picture of its results. The hardest part comes next. Lots of hours are spent to get those last 20 percent to make work truly shine and stand out. Results at this stage are not so obvious and it may seem like there is no progress at all. So, my advice to aspiring artists would be to stay confident, calm, and persistent, always try to do your best, and not rush the results. Remember, that all great works you see on the internet don’t come out like that in an instant. It’s a gradual process of refinement, the duration of which depends on the artist’s experience.

For education, I would suggest checking out Jesus Fernandez and Tarkan Sarim's tutorials.