Microsoft announced a $7.5 billion deal to take over ZeniMax Media, the parent company of Bethesda and its numerous studios. 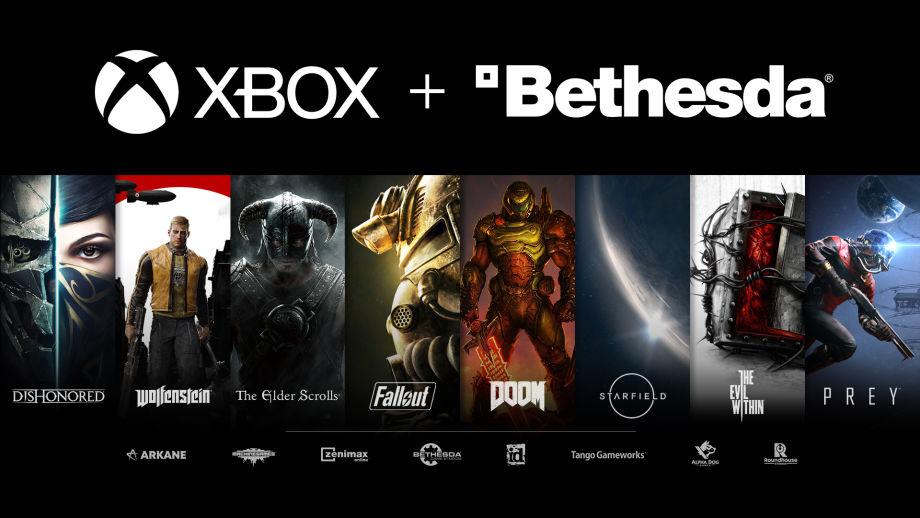 Microsoft announced a $7.5 billion deal to take over ZeniMax Media, the parent company of Bethesda and its numerous studios. These studios developed some of the biggest game franchises including Fallout, Doom, Elder Scrolls, Evil Within, Wolfenstein, and more.

Xbox head Phil Spencer wrote that this deal features studios that developed series like The Elder Scrolls, Fallout, Wolfenstein, Doom, Dishonored, Prey, and Quake, plus upcoming games including Starfield. It also means that  Game Pass with now have The Elder Scrolls and other games from Bethesda.

"Like us, Bethesda are passionate believers in building a diverse array of creative experiences, in exploring new game franchises, and in telling stories in bold ways," Spencer wrote. "All of their great work will of course continue and grow and we look forward to empowering them with the resources and support of Microsoft to scale their creative visions to more players in new ways for you."

Bethesda believes that this move will allow them to make even better games. "Microsoft is an incredible partner and offers access to resources that will make us a better publisher and developer. We believe that means better games for you to play. Simply put - we believe that change is an important part of getting better. We believe in pushing ourselves to be better. To innovate. To grow," said Bethesda PR and marketing lead Pete Hines.

Please note that the announced ZeniMax acquisition involves eight studios and a number of franchises:

What do you think about the announcement? Is that a good thing for the industry as a whole? You can find the original announcement here.