NVIDIA CEO Jen-Hsung says that the console hayday is over and PC-games are becoming the next big thing. 80.lv turns to facts to prove this point.

CEO of NVIDIA Jen-Hsun while answering some questions about the companies record breaking performance shared his vision of the future of entertainment gaming market. He feels that consoles are slowly moving into the second place, making PC the best gaming platform. Jen-Hsun feels like years ago consoles were the best way to experience games but right now there are a lot more new ways to play games.

My sense is that the game console platform is not likely to enjoy the hay days when it was really unambiguously the only and the best game platform to enjoy games. It’s just not true anymore. There are just too many other ways to enjoy games.

The PC has become the world’s largest game platform. China, the developing countries around the world, PC is a piece of platform they already own. They can upgrade it two, three, four times without having to change the basic platform. So the total of cost of ownership of a game PC is quite attractive.

And so I think that there’s too many other ways to enjoy games now, for the game console to enjoy the hay days of the past. But we’ll see. The thing that I do know is this, without any question is that the PC is continuing to expand the number of titles. Great titles are coming to the PC. It’s is continuing to grow and the quality of titles is growing up ever so fast. 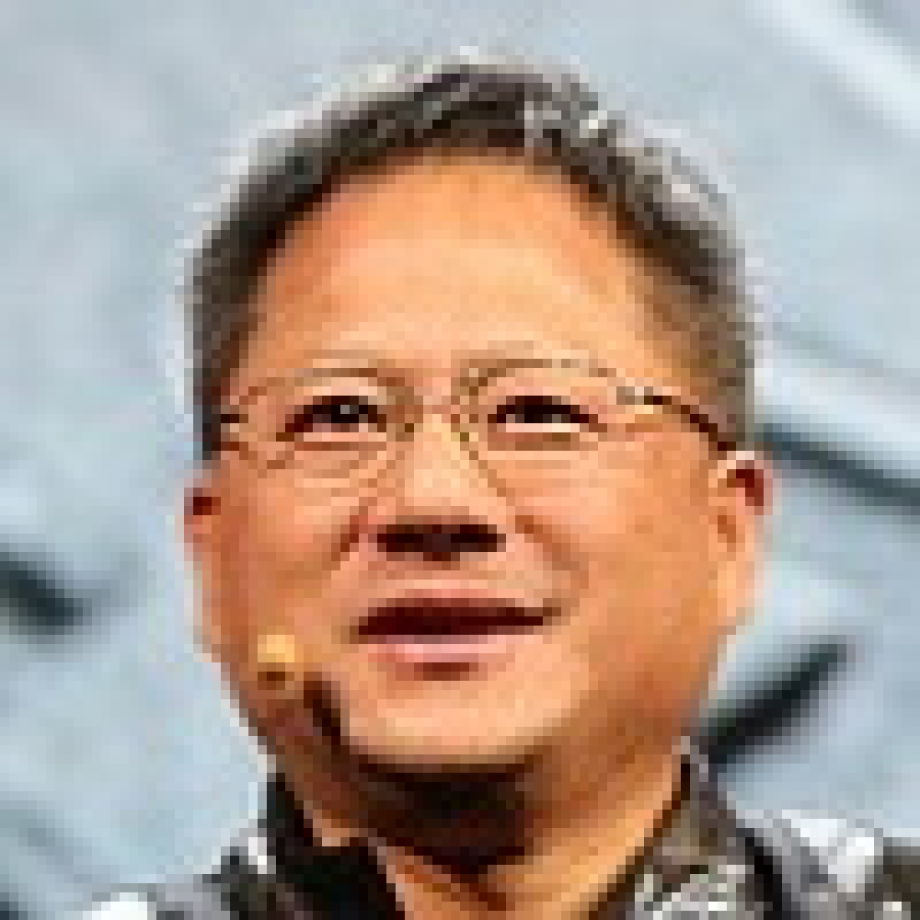 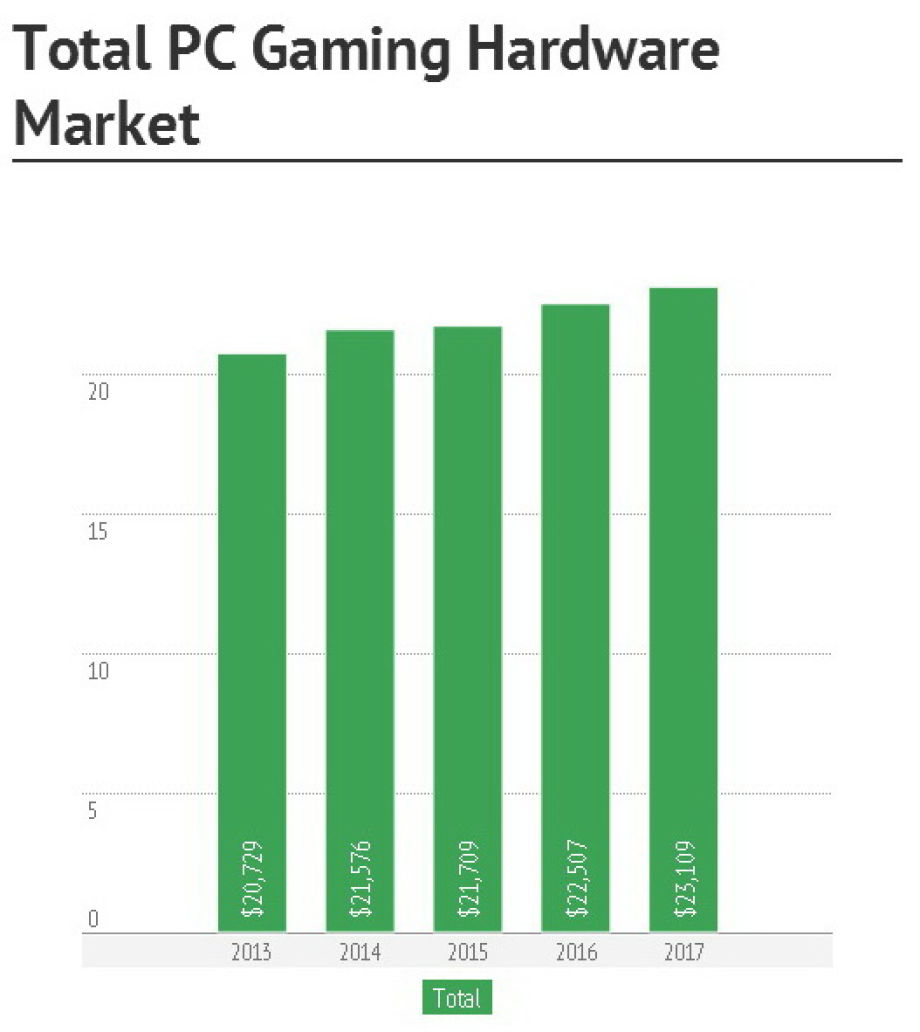 Jen-Hsun’s words are not just marketing speak. PC gaming hardware market is stronger than ever. Sales of gaming computers, peripherals and gaming GPUs have nowhere to go but up, noted JPR. This year’s study suggests that the market will equal $21.576 billion in 2014. This is twice the size of the console gaming hardware market, which is fueled by sales of next-gen consoles. PS4 alone sold over 13.2 million during 12 month since launch.

Gaming hardware market will continue to grow in the upcoming years. JPR suggest that till 2017 the sales of gaming computers will account for $23,1 billion. Casual console customers are moving to mobile platforms, while hardcore gamers spend money on mid and high range PC builds and upgrades. 4k resolution content in games will further drive the demand for high-end PCs with prices ranging from $2500 to $6000.

NVIDIA, Intel, and AMD have enthusiast CPUs and GPUs that are so powerful, when combined with SSD’s and fast memory they absolutely trounce the computing power and gaming capabilities of the newest console generation. Being able to drive 3840 × 2160 (4K) at acceptable frame rates is already a reality for the highest end configurations and the mass market is now able to push 2560 × 1440. PC Gamers with good displays are able to enjoy millions and millions of pixels more than console gamers get on HDTVs. This translates into being able to see more and a better gaming experience. 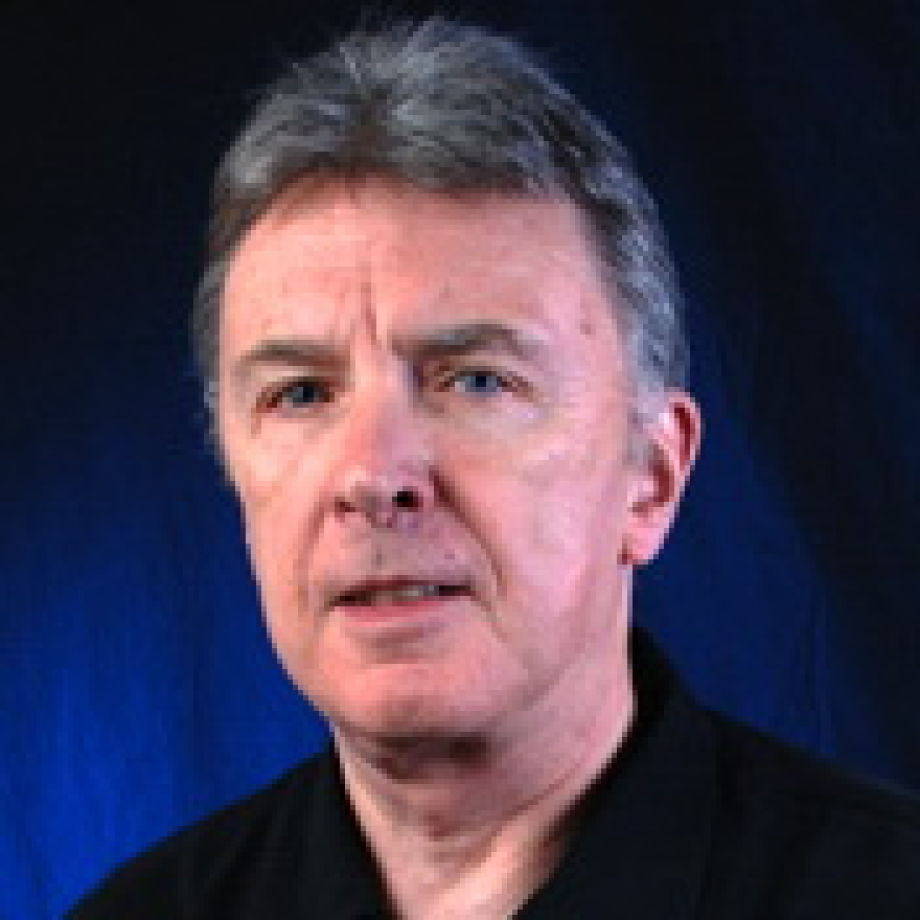 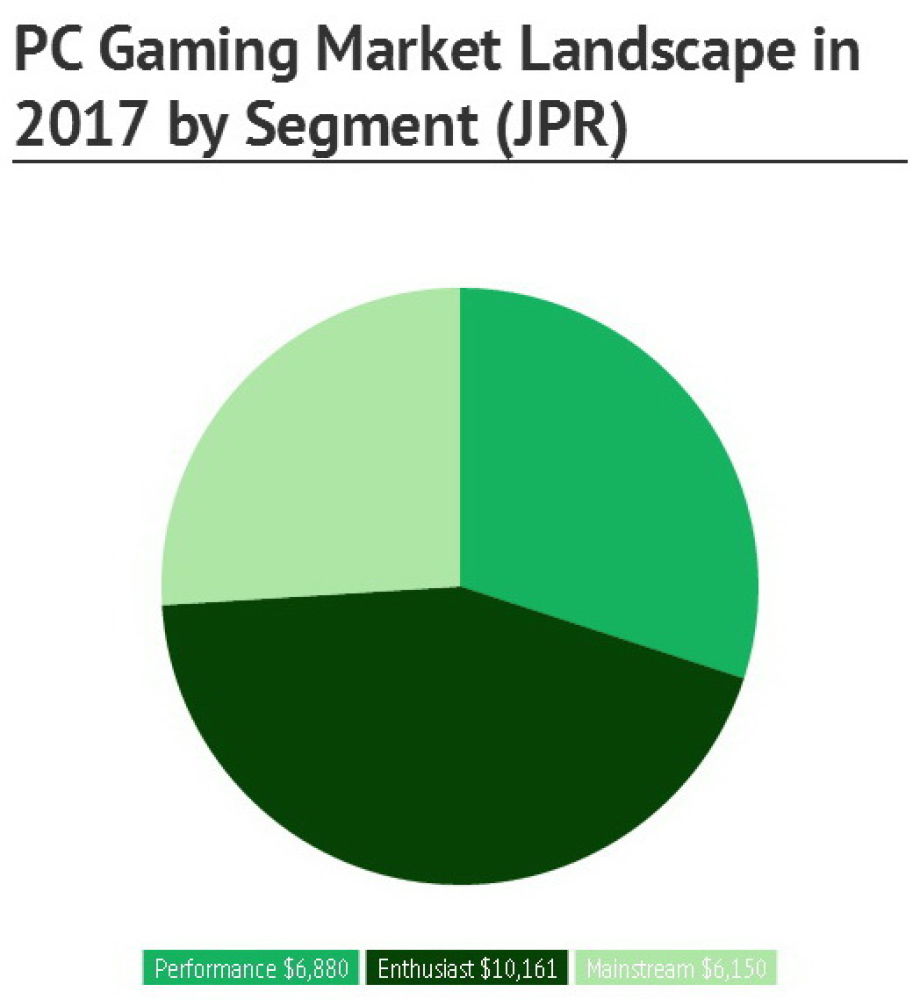 The general PC market shows some positive signs too. Gartner noted in its recent report that after two years of decline, worldwide PC shipments experienced growth in the second quarter of 2014 thanks to Mac. The expiration of Windows XP support will further stimulate the steady growth of the PC sales and stop the fall of the market which has been declining for 4 consecutive years.  The positive impact on this segment is also seen in the incoming Windows 9 release, which will hopefully fix all the mistakes Microsoft made with Windows 8.

Software is the primary driver of PC Growth

The sales of PC games are on the rise. DFC Intelligence stated in its forecast in January 2014 that whole PC-gaming sector will rise to $25 billion. Jeremy Miller from DFC thinks that core gamers are becoming more eager to spend money. PC gaming market is big in Asia, but it also grows heavily in the West. DFC found that PC games in the West increased in 2013 versus 2012. 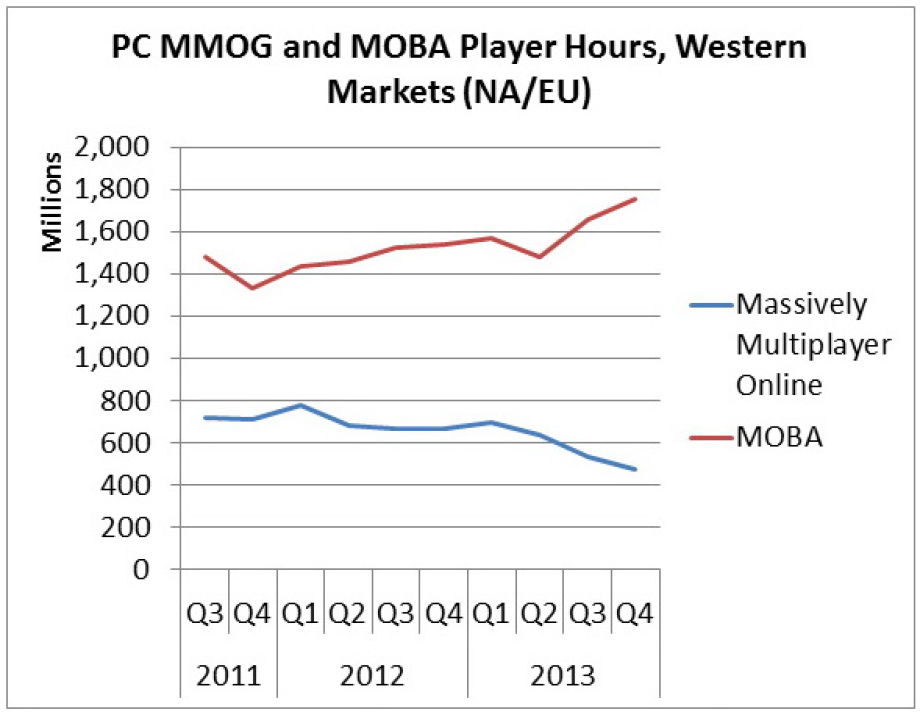 DFC notes that free-to-play is one of the biggest factors that drive the PC games market growth. MOBA titles continue to dominate in the market together with big AAA FPS games, while traditional MMOGs decline.

Experts predict that the lines berween console and PC-titles will continue to blur. More and more games are being developed for PC and consoles (GTA V, Titanfall).

DFC estimates the market of high-end gamers outside of Asia is about 285 million people. This is the target market for PC and console games (both high budget titles and smaller projects, like DayZ, Rust and Hearthstone).

Tablets on decline. Demand for Apps is smaller than expected 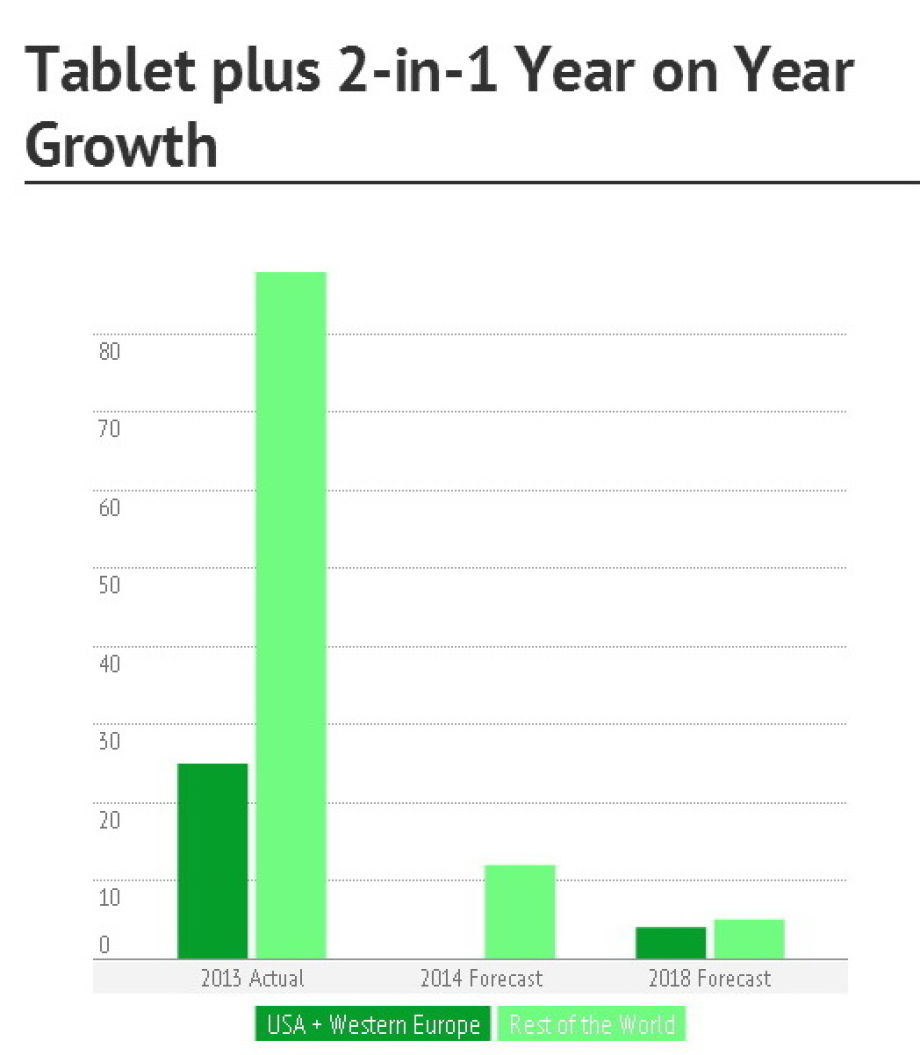 The demand for tablets is decreasing as cheaper alternatives appear. Phablets are also a big factor that makes tablets less interesting for the consumer. The general variety of tablets and smart devices makes this market incredibly fragmented. IDC estimates that there will be no growth of American tablet market in 2014. In 2018 the growth of tablets in USA will be only 4%.

And while the amount of mobile apps continue to grow (App Store alone had over 76 billion downloads this year) comScore states that on average 65% of mobile users don’t download apps at all.

PC remains one of the best platforms for new games. It has a huge install base, which is growing rapidly. It has a lot of potential for free-to-play and premium games. It has a lot of distribution options and a lot of payment options that have little artificial restrictions. Mobiles may be the hottest trend, but PC market is not going anywhere. Its here to stay.

PC is the real next-gen: gaming hardware fights back