Exceptional Minds team talked about their professional training academy and studio for visual effects artists and animators with autism, the way they approach education, their students and more.

Exceptional Minds was started by a group of parents who were concerned about the future of their children diagnosed with autism. Many of them have worked in the entertainment industry here in Los Angeles. At the time (in 2009) there were very few career training programs for young adults on the spectrum. Yet, these parents noticed their children on the spectrum showed interest in visual arts and some had shown interest in computer classes. They decided to start a vocational school that would build on what their kids with autism were best at: computers and visual arts. They knew that there were careers to be had that fit those skills such as visual effects and animation. Speaking of visual effects we mean the use of software applications to clean up movie shots. For example, instead of re-shooting a scene where they have the wrong license plate or where an actor in a Western movie accidentally left his iPhone on the table, a visual effects artist simply removes the phone or changes the license plate on the frame. It’s a growing field in the movie industry because it saves production costs. Animation is also a growing field and being able to create good animation is not only needed in the movie industry but in businesses and other content related fields.

Exceptional Minds opened its doors with 10 students in 2011 and in 2014, started a studio where its graduates could work on projects as apprentices doing visual effects work for studios. A few years later, we added animation projects to the studio and just recently we started to do rigging and animation work for game companies.

We have a huge mission and that requires more and more space. We’ve more than doubled our studio space since we opened the Exceptional Minds studio in 2014. We’re also expanding our artists’ skills, such as expanding to perform rigging/animation work for video game companies and we’re laying the foundation for projects in 3D.

Our curriculum is based on individualized learning. We have very small classroom sizes (up to 12 per class) and we do field trips to Warner Bros., Disney, Marvel, and other studios so they can learn about the environment and industry they are entering. Our students and graduates participate in both paid and unpaid internships and we have working relationships with organizations such as Cartoon Network to mentor our students. We also have behaviorists on staff to guide our students. We combine the skills of artists, instructors, technicians, and behaviorists into an individualized curriculum based on proven principles of autism education. We completely integrate technical and behavioral/vocational training to assist artists in navigating the competitive entertainment industry. Although we have part-time, online private tutoring and summer workshops, our core program is a three-year program after which our graduates can qualify for an apprenticeship in the Exceptional Minds studio where they do paid professional work for the movie industry and others.

The first year of our core three-year program, students learn applications and principles of animation and visual effects. They’re also taught work readiness skills, such as professional dress and demeanor, time management, conflict resolution and problem-solving. The second year, they choose a track, either animation or visual effects, and learn more advanced software applications (Toon Boom for animation; Mocha and Nuke for VFX). They learn interview skills and how to search for a job. By their third year, they advance in their technical skills and create their professional assets such as a demo reel.

Exceptional Minds instructors all have training and working experience in the fields they teach. One particular instructor, for example, was a tracking artist for studios such as Digital Frontier and a roto artist for CBS television studios and is experienced in all the major software applications such as Nuke. Our head of the studio (Susan Zwerman) was one of the first visual effects artists in the industry and is an active member of the Visual Effects Society (VES). She is co-editor of the industry bible on visual effects practices (The VES Handbook of Visual Effects: Industry Standard VFX Practices and Procedures). 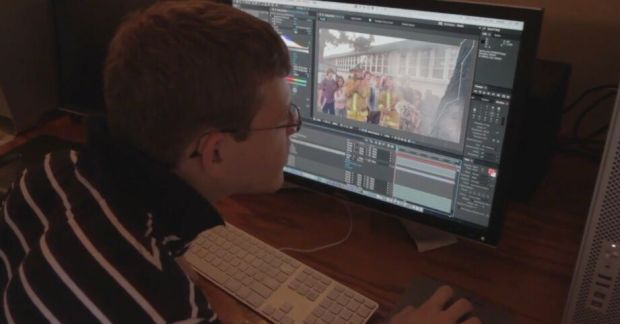 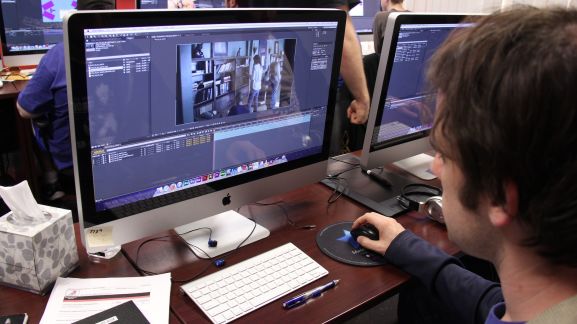 We have incredible support from the industry. Many of the co-founders and original Exceptional Minds staff members have been or are fairly well-known in the entertainment industry, some as animators, others as directors and still others as visual artists – even actors. Two of our founding members are Frank Capra Achievement Award recipients (co-founder Yudi Bennett, who is now on our Board of Directors, and Susan Zwerman, who is in charge of our studio). Our first real break came from Marvel Studios when we first opened the studio, and our work with them and other studios like ILM has progressed both in volume and in complexity. We never took on more than we could handle and we made sure that the projects matched the skill level of our artists. We hear all the time from studio execs that they hire our artists because they’re good. Period.

It’s an incredible feeling for any artist to reach a level where they’re working on Oscar films, and that’s probably doubly true for someone on the spectrum who might have never dreamed of working on any movie, let alone a top billing movie like Avengers: Endgame or an Oscar-nominated one like Green Book. It’s a competitive industry, so I think if these artists weren’t really good at this, they wouldn’t be working in it and certainly not on blockbuster movies.

Our Exceptional Minds studio has worked on visual effects and/or titles for nearly 200 films, TV shows, and animations over the past half-decade including the last eleven films for Marvel Studios. This past Oscar season, our graduates/artists worked on visual effects for many Oscar-nominated films including Black Panther and best picture recipient Green Book. We have graduates working at Cartoon Network, Warner Bros., Nickelodeon, and Marvel Studios.

Autism on the Screens

Exceptional Minds studio has had some incredible opportunities. For the Sesame Street and Autism: See Amazing in All Children initiative, Exceptional Minds studio met with Sesame’s creative and production teams to brainstorm ideas and collaborate on the media content. This resulted in the creation of “Benny’s Story,” an animated short of young Benny as a typical grade-schooler with autism—which was originated and created by Shane McKaskle and the other artists at Exceptional Minds. Our studio also did an animated sequence for the show Atypical, which was shown on Netflix in the episode Little Dude and the Lion. This was quite a project because the animation brings to life character Sam’s notebook sketch of himself running from a stampede of gazelles and zebras before he finally takes cover near a tree. As animation goes, it was a challenge to make the visual transition from opening with the outside of the notebook and ending the sequence inside the notebook.