We present to you the second part of our interview with artist Dries Deryckere. He talked about his most recent project, which

We present to you the second part of our interview with artist Dries Deryckere. He talked about his most recent project, which features some amazing water effects and high-quality materials. Deryckere described how you can build an environment in a relatively short amount of time, achieving great visuals.

The grounded title screen was my final for the level decoration class. We had to make a title screen for a imaginary game of your own choosing and have some research bound to it. My research goal was simple enough: make as realistic rocks as possible. I expanded the goal by making the scene entirely real time, without baked lighting. I used some “new” tech like DFAO, and other distant field related stuff. The main challenge was the asset creation really, all other tech is already provided by the (amazing) Unreal Engine. Big kudos to the guys at Epic Games for making such an amazing program available for free!

I used Zbrush for sculpting the rocks and natural elements, and for optimizing some meshes. I used some free Speedtree trees as well. The purple foilage come right from the kite demo, but that’s just a small element of the project. 3ds Max was helpful for basemeshes and highpolys and unwrapping.

Everything was baked and textured with Substance Painter. Sound was done with some free sounds from the internet. The entire goal was to make a scene that feels as real as possible. 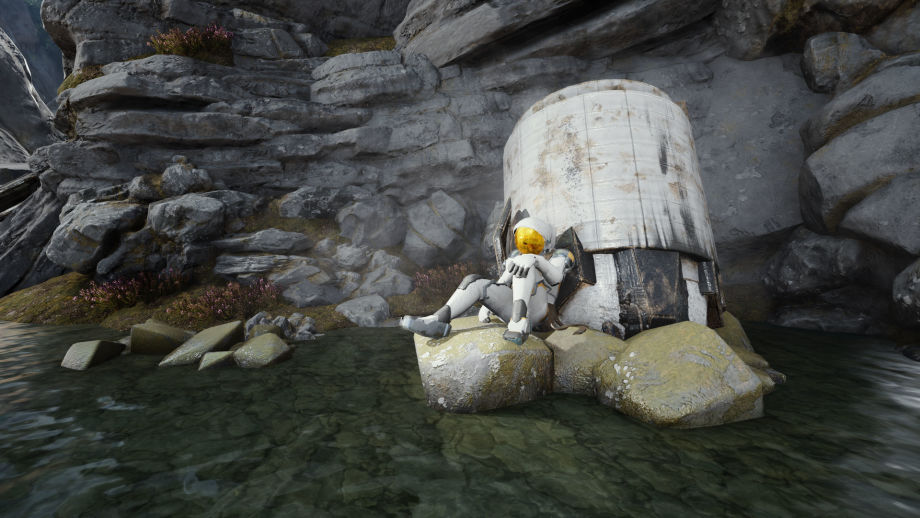 The water shader was done by tricking the viewer into thinking the water had depth, but it didn’t. It’s just a flat plane.

The reflections are just simply screen space reflections, which are standard in Unreal Engine 4. The water movement was done with the “chaos normal” node in Unreal in combination with some own normals that pan, nothing too fancy really. The shader doesn’t care about the position of other objects for the flow or anything, it’s just some normal noise. It does use distant field calculations to make the water more turquoise and more “shallow” in areas closer to objects. 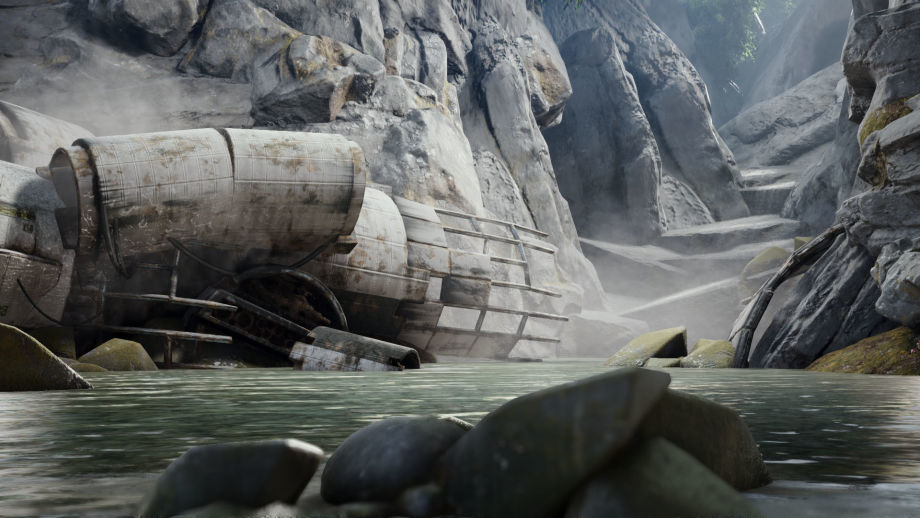 Other stuff like the water caustics are just simply done with some panning caustic maps in the base color channel.

The waterfall is just done by GPU particles which uses scene depth collision. Nothing to fancy if you know a thing or two about particles. GPU particles simply means, lot’s and lot’s of particles for a low cost. But they are screen space, and not exactly “in” the scene, which means less “correct” placement and rendering. (At least that’s what I think, correct me if I’m wrong, I’m not exactly a game engine engineer).

I started off from a photobashed concept I made in 10 minutes or so. I usually start from there and block out the scene. While I’m blocking out I wonder if I “feel” the scene – if it makes sense in my head and will make a nice final shot. Sometimes I completely change the concept up to 3 times and reuse some assets from the “failed” attempt. This time I got it right the first try.

Then I just start cranking out assets. Rock after rock after crashed piece of spaceship. I usually create assets in a way that they still work when scaled or rotated and reused in the scene. I do this by making sure they have no character. I know it sounds by counterinuitive, but remember that you’re building a scene, not an asset. The scene needs character, and that’s defined by more than just the props. It’s also defined by lighting, sound, post process effects, etc.

Also, less is more. Make sure your scene is not too cluttered. Focal points are so so important.

What I really like about UE4 is just the visual quality. The pbr/brdf in Unreal is amazing and if you know how the lighting systems work you can get some amazing results. The only thing that bothers me is the translucent materials, like glass. They still don’t hold up to the “solid” materials. The problem with translucent materials is that they’re extremely expensive and require drawcalls outside of the standard renderpass. This in turn gives problems with post process things like screen space reflection (ssr) or DoF. 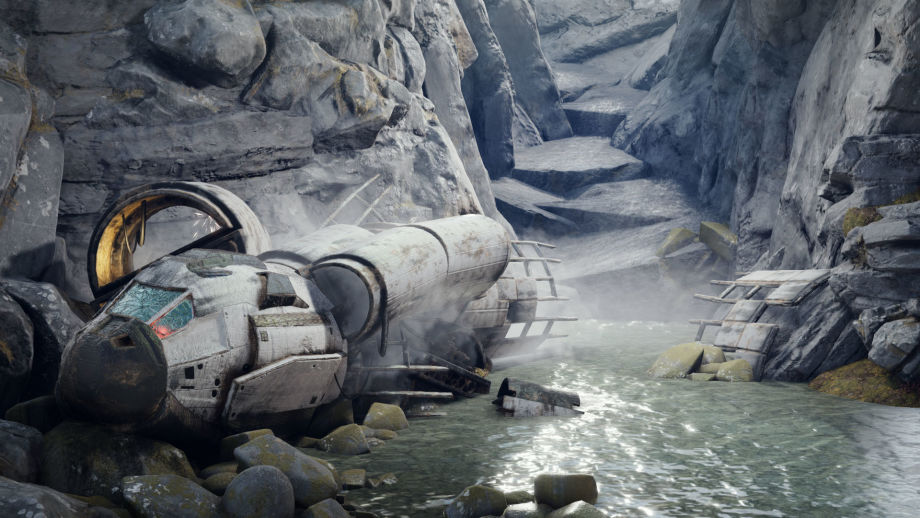 In Unreal you need to choose between ssr or standard cubemap reflection. Both are not possible at the moment.

The First Part of Our Interview