Eddie Bennun has recently joined the ArtStation team to talk about his approach to environment storytelling and the way he builds game worlds.

Eddie Bennun, an art director and senior concept artist at Ubisoft Sofia and an ArtStation Masterclasses instructor, has recently joined the ArtStation team to talk about his approach to environment storytelling and the way he builds game worlds. The artist is responsible for a course called Environmental Storytelling via Composition and Shape Language that focuses on the language of shapes and its crucial role in creating a composition. Eddie teaches his students about big shapes and silhouettes, small storytelling details and credible game scenes. Let’s take a look at the interview. 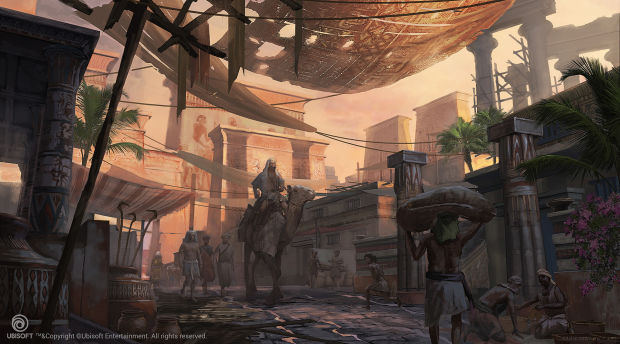 You’ve worked on many game titles over the years, which one would you say was the most interesting to work on and why?

The Game industry is quite dynamic with the fast development of all technologies. All game developers are striving to create the best possible game and launch it on the market. As a result, game development is more and more difficult and full of challenges, and at the same time – more and more interesting.

Based on my experience, I remember the time 8 years ago when we were making Assassin’s Creed Liberation. Back then, Ubisoft Sofia was a young studio and for the first time, we were given the chance to lead a project of this scale and to work on one of the greatest franchises of Ubisoft. It’s safe to say that we were making Liberation for the Playstation Vita handheld console and we were probably expected to create a side scroll game. However, we didn’t choose this direction and decided to create and to offer the players a true Assassin’s Creed game experience. We were full of enthusiasm and motivation to do it, although we didn’t have any previous experience in the making of similar games. It all paid back afterward and it’s no surprise that the game was later launched for the bigger PS3 and Xbox 360 consoles, as well as for PC. Assassin’s Creed Liberation is a very special project for me, not just professionally but in a personal aspect too. It was during Sony’s presentation at E3 when Liberation was revealed to the world – it was 4 AM and I was excited watching the show – Sony’s President for North America announced the game and, all of a sudden for me, the three huge screens on the stage lit with a concept art piece I made for the game. Thousands of people in the theatre and millions watching live online… I just cannot describe the feeling I had at that very moment. Priceless.

Assassin’s Creed Rogue was another challenging project because we made it for PS3, while it was known the new Playstation 4 was launching and another Assassin’s Creed game was in development for it at the same time. We really wanted to produce high-quality content and all teams almost made the impossible to achieve it. Taking both players and critics appreciation and reviews on Rogue, I think it was worth all the efforts.

Finally, yet importantly, I’d like to mention The Curse of the Pharaohs, the mythological expansion of Assassin’s Creed Origins. As a lead studio, Ubisoft Sofia managed to create four completely authentic worlds representing the Egyptian afterlife that are both immersive and a seamless part of the game.

Do you have a preference over designing open world vs linear worlds? Why?

The only linear game I’ve ever worked on was The Prince of Persia and it was very long time ago. However, talking about modern linear games, I admit that the Uncharted franchise is one of my favorites, and Tomb Rider too. Not only because of the story but they also have amazing and beautiful environments. When you make a linear game, sometimes spaces are very limited, you have full control over the camera and you can choose how to show all vistas and reveal points. You need to fill smaller spaces with the assets you have, and it gives you the opportunity to create more different and unique locations. From the artistic point of view, I guess I would love to work on a linear game again.

On the other hand, open world games are much more challenging for us artists because we need to fill a huge game world with a limited number of assets and avoid creating it repetitive. It requires a lot of creativity and practical experience. The player must have the options to explore every corner of the world in the game and to go anywhere he wants to. We as developers have to secure everywhere the same quality of the graphics, and believe me, sometimes it is one true hell of a ride. 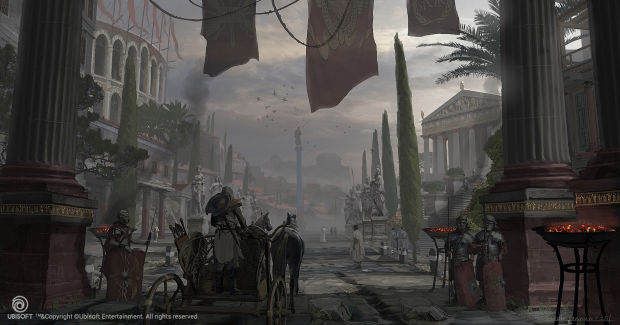 What are some problems or mistakes you often see beginners make when designing environments?

The world of games like Assassin’s Creed is a reflection of the real world we are living in.

Real in the sense of historical locations, geography, logic… we take this real world and change it by shifting it to a degree in a creative way so it becomes interesting for the players. It’s about fun and entertainment after all, not making documentaries. However, the logic of the world remains the same and you can feel it. This is exactly what makes the worlds so real, it’s not literal copy-paste of the reality.

Oftentimes, beginner game developers strive to make a certain location so interesting that they change the logic of the world. As a result, the location feels not that convincing and it looks more like a rather sham theater decor. Actually, the world around us is so interesting and unique that we just have to let it inspire us. We work in this direction with all the new artists and designers in our studio. We teach them to step in the shoes of the people from a certain period in history and from a certain geographical area, to conduct a serious research and to create a story for each location in the game.

Every item in your house has a certain purpose – be it functional, or just for decoration. You have decorated your house following your own tastes in aesthetics. Nothing is placed at random. Actually, everything is a matter of a certain approach and experience you gain with the years. This is why we work actively with the beginners, to help them build the right approach and consistency in their workflow. 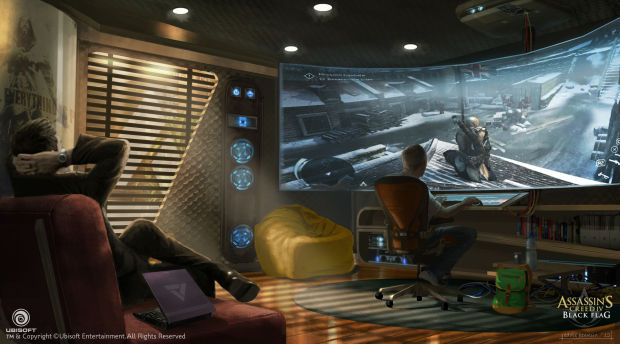 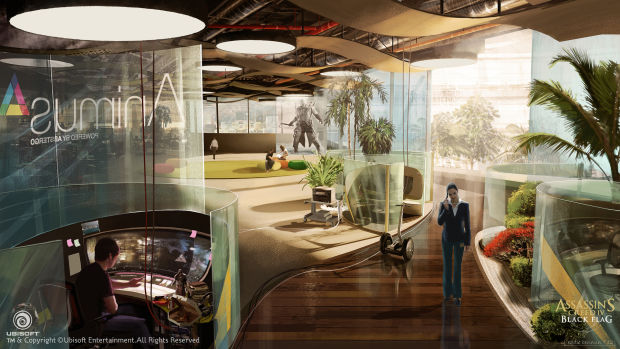 You mention in your bio having side projects and we’d love to know more about them. What can you share?

I’m not quite sure yet what direction this project will go to. This is why I can’t tell you much at the moment. It is about a story taking place during the WW1 or at least it is based on the technologies and visuals from that time period when we have one or more fictional new fractions, much more technologically advanced for its time compared to the ones we know. And this could change the course of the world history.

To me, this period is to a certain extent not less brutal and severe than what really happened during the WW2. Perhaps the reason for this is hiding in the crazy politics and idealism of all those naive young people who had voluntarily chosen to go to war and be killed. Just like it is described in the Remark’s novels. On the other hand, the inventions and the technological advancements of the time are exciting and provoke the curious mind. It is very interesting to explore and experiment with all that. My goal is to create enough content for a small illustrated novel. But we will see… at the moment I’m completely dedicated to the projects I’m working on in Ubisoft! 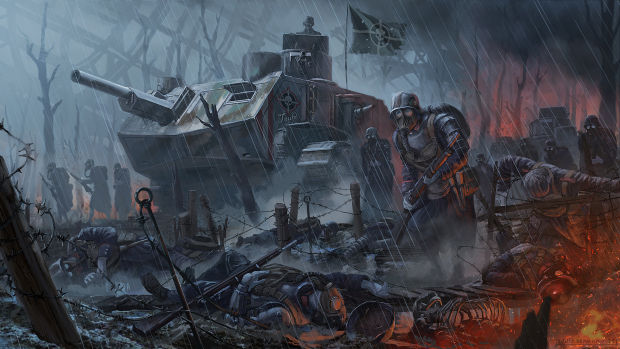 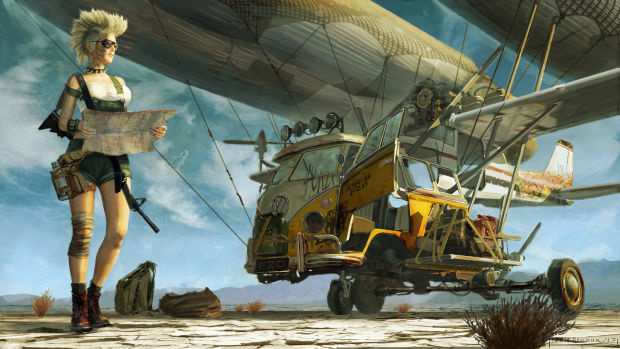 Find out more about ArtStation Masterclasses.

The interview was originally published here.