The artists dealing with architectural visualizations are soon to get Vray for Unreal Engine 4.

The artists dealing with architectural visualizations are soon to get Vray for Unreal Engine 4.

If you ever spoke with an architect who does 3d environments, you might have heard a lot about Vray and Unreal Engine 4. A couple of years ago, there were a lot of guys moving from traditional renders to real-time. There were a lot of new limitations, connected with game-specific requirements to 3d. There was a lot of nagging about workflow, and ultimately there was talk about UE4 renders not getting just the right kind of a photo feel, clients expect from archviz. It’s all debatable, but we were witnesses of these talks and arguments. But now it seems, we might have a Vray integration in Unreal Engine.

During the latest EUE 2017 in the Netherlands (a very cool event for 3d tech wizards), Chaos Group’s Vladimir Koylazov (at least we think it was him, cause there are no names on the slides, if you have info – let us know) did a nice presentation about a project, which provides you with a new solution, that integrates Vray into Unreal Engine 4. While we don’t have a lot of info, but we have a couple of slides from the event, which were shared by the CGarchitect.com. 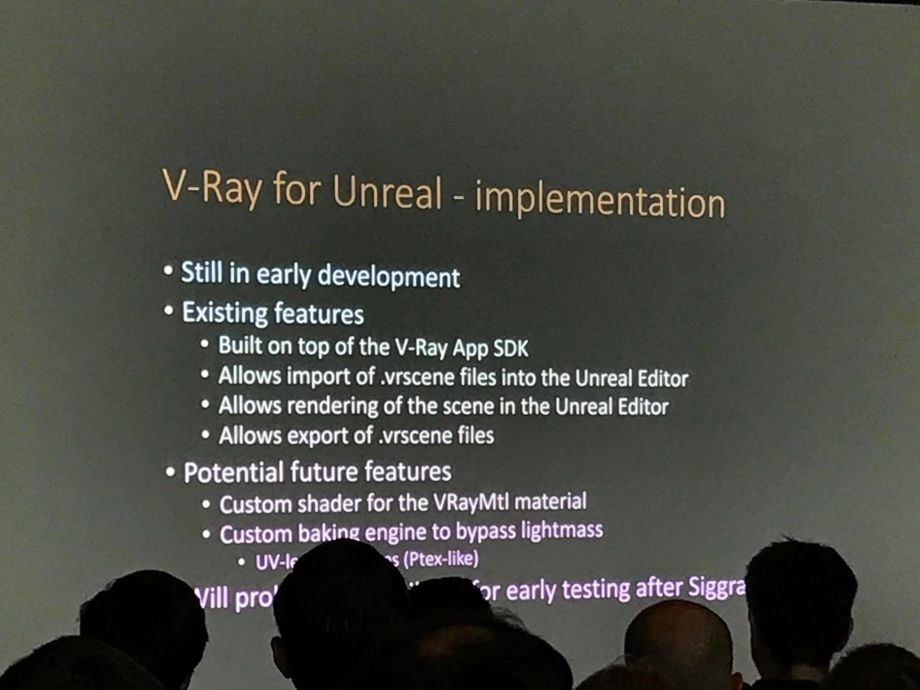 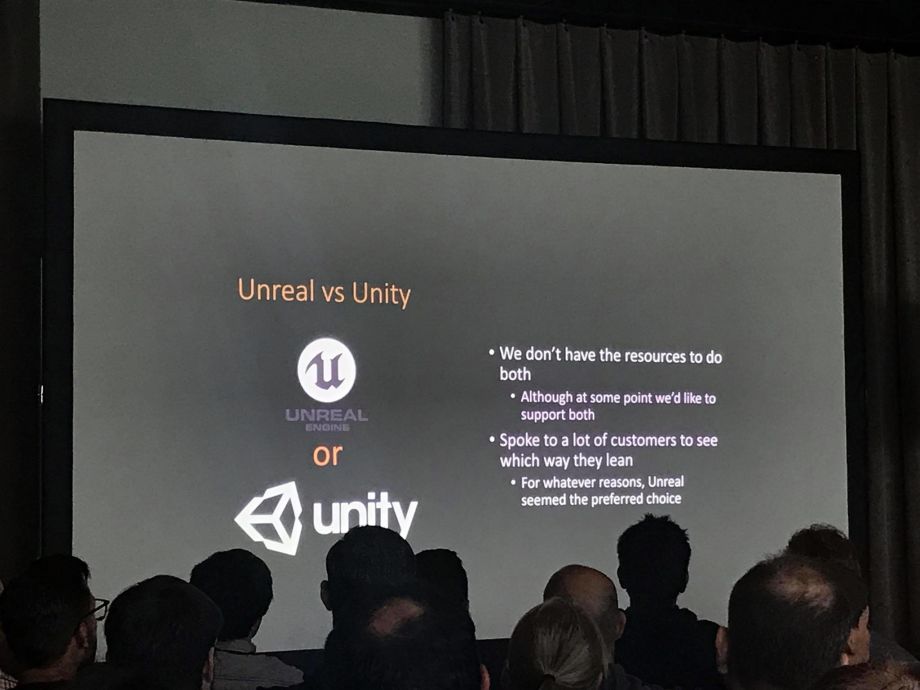 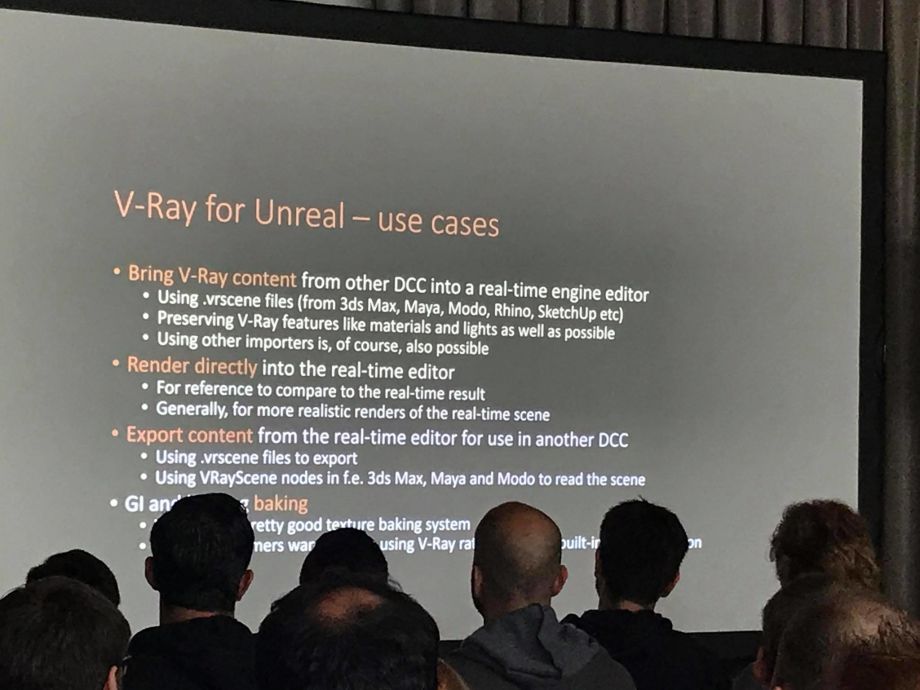 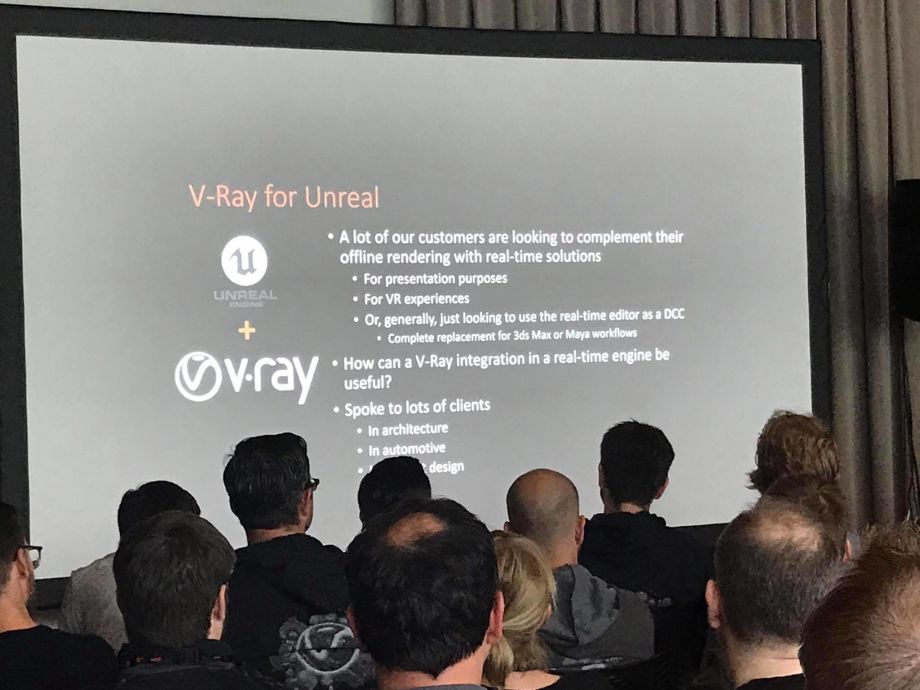 It’s still very early in the development. The team managed to add a couple of nice features though:

In the future updates they will add custom shader for the VRayMtl material and custom baking engine to bypass lightmass. We hope to see some copies for early testing around August, right after Siggraph 2017.

During the presentation, the team behind the project mentioned that offline rendering will eventually go away, leaving more space for real-time rendering. Seems like, these flames about Vray or UE4 for architectural vizualisation will go away too.