Svend Kruse Rønslund is a young 3d designer, who’s currently studying the tricks of 3d art in a university and performing various tasks at Kiloo Games – a Danish game development company, which created Subway Surfers and Smash Champs. During his studies he created a small, but incredibly detailed scene which is called “Abandoned Station“. It’s very detailed and has great atmosphere, which reminds us a little about the great Syberia series. Svend was kind enough to talk about the creation of this project. He gave the full breakdown of the project and talked about the tools that helped him to achieve the amazing result.

My name is Svend and I’m a student from Denmark. I study at 3D college Denmark and have an apprenticeship at Kiloo. I’ve been doing 3D game art for about a year and a half and I’m loving it.

I’ve always loved games, some of the first games that I played was Homeworld and World of Warcraft. When I was around 12-13 I started to mess around in adobe After Effects. Then in 2012 I discovered this cool plugin called element 3d which was my first time to ever play around with a 3d model, I had no idea how they made them but my mind was blown away. So when I was 16 my mom found out about this place called 3d college which she thought would be just the right place for me, and boy was it the right place for me. 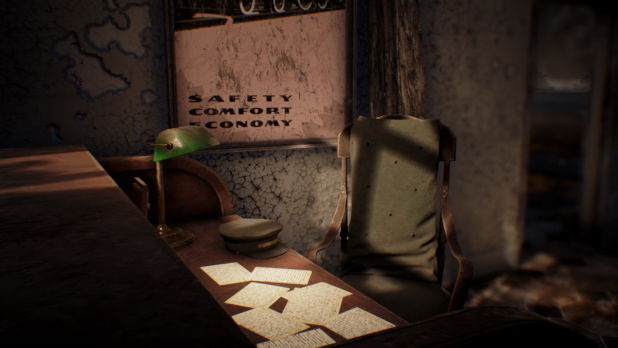 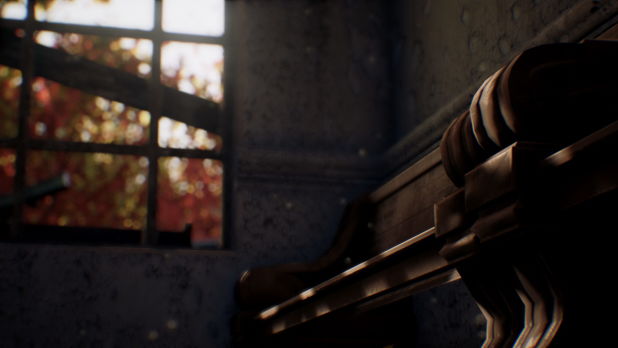 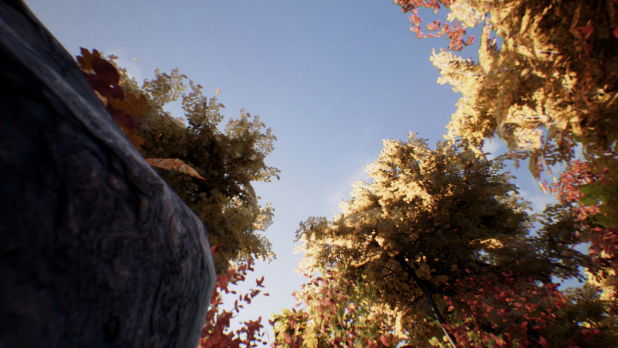 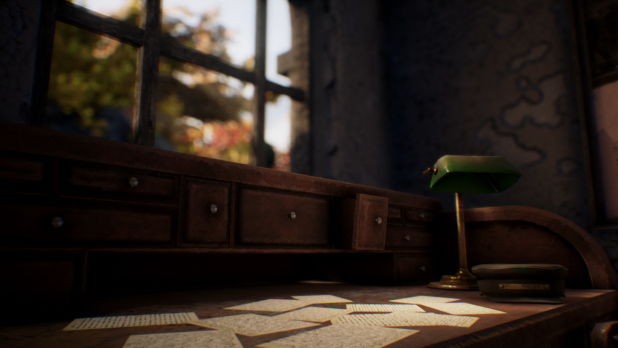 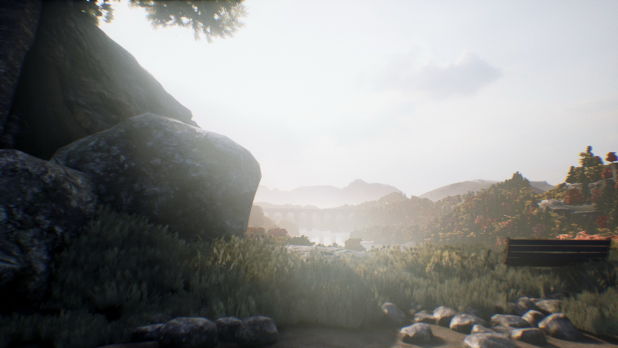 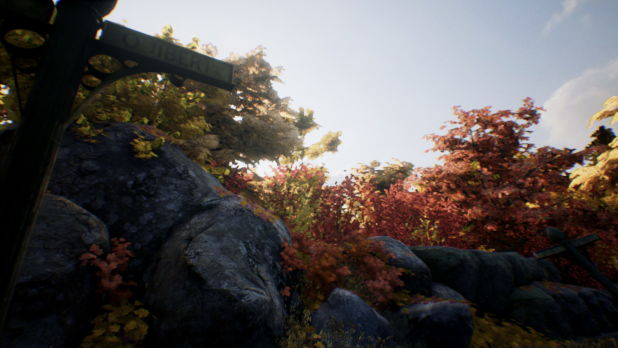 What I wanted to achieve with this scene was to get better at understanding the light and color, and to practice my overall skill as an environment artist. Some of the more challenging things was to get the colors and lighting just right, you could easily end up with some yellow or red leaves that had some crazy values when you put them into the editor, so I had to do some tweaking. 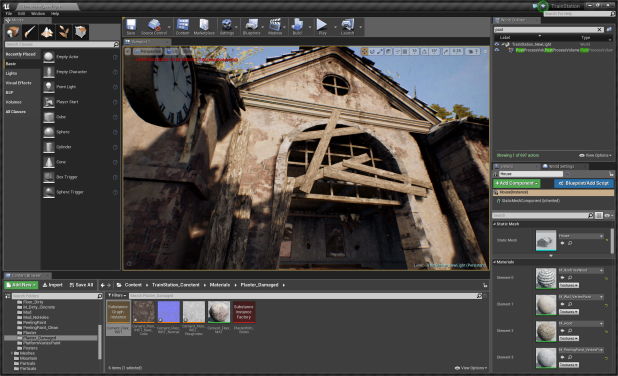 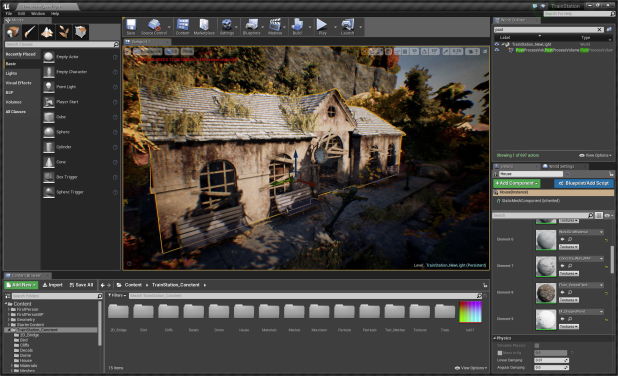 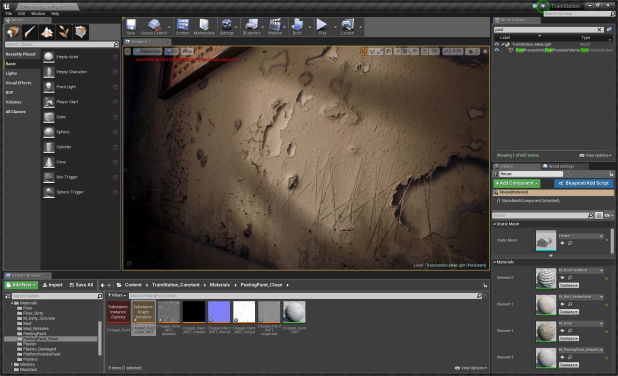 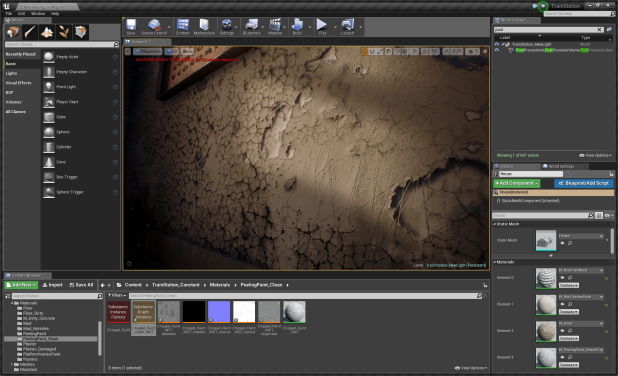 I started with the train station because it’s the main thing, when I was satisfied with the model I started the texturing process. I wanted the outside of the building to be some old plaster where some of it had been chipped away and revealed some old bricks behind it. The only way to make this look nice was if I used vertex painting. I started off by finding a lot of reference of the material I want to create, then I went into Substance Designer where I start designing my material. 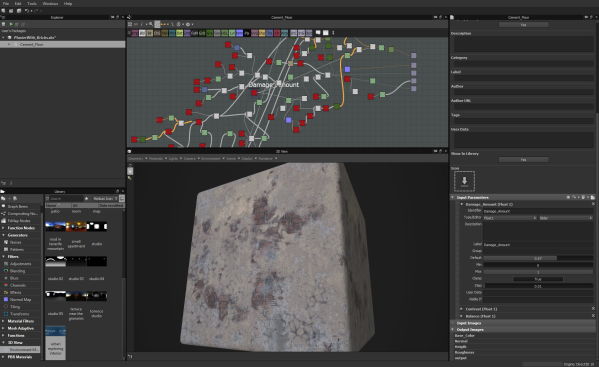 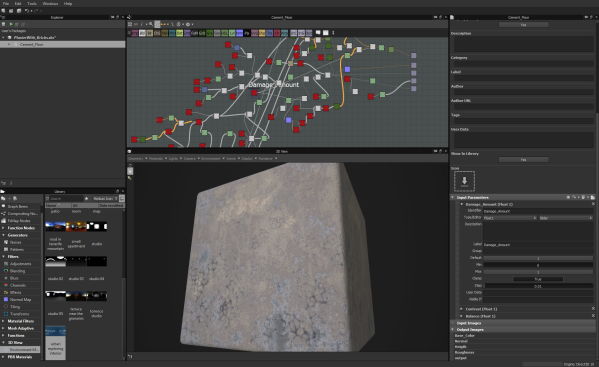 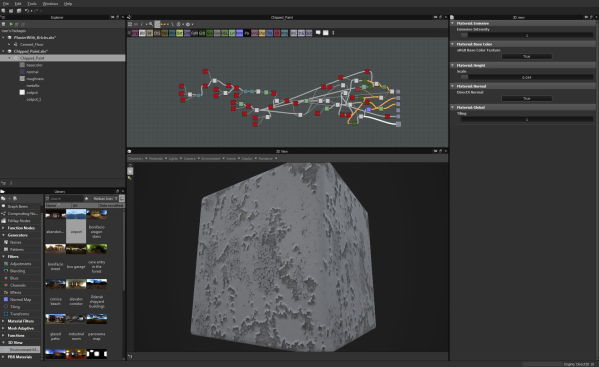 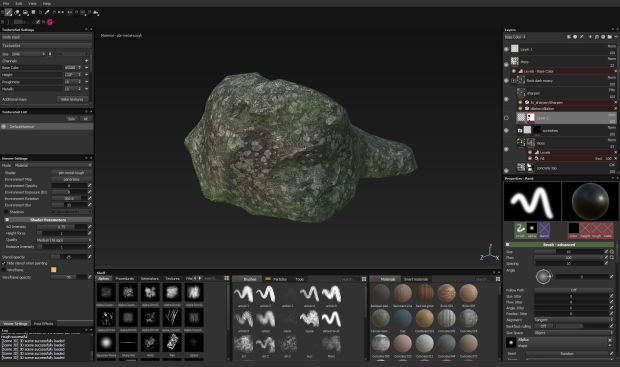 I wanted a material where I could simply have one slider that controlled the amount of damage the plaster had, that made it a lot more fast and easy to get a nice result inside the Unreal Engine. I did the same for the peeling paint inside the building and the mud under the rails. 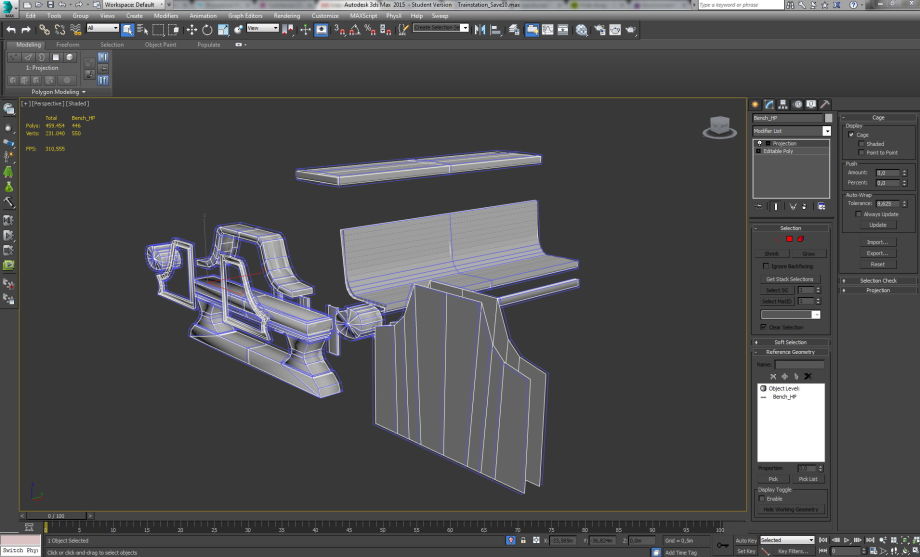 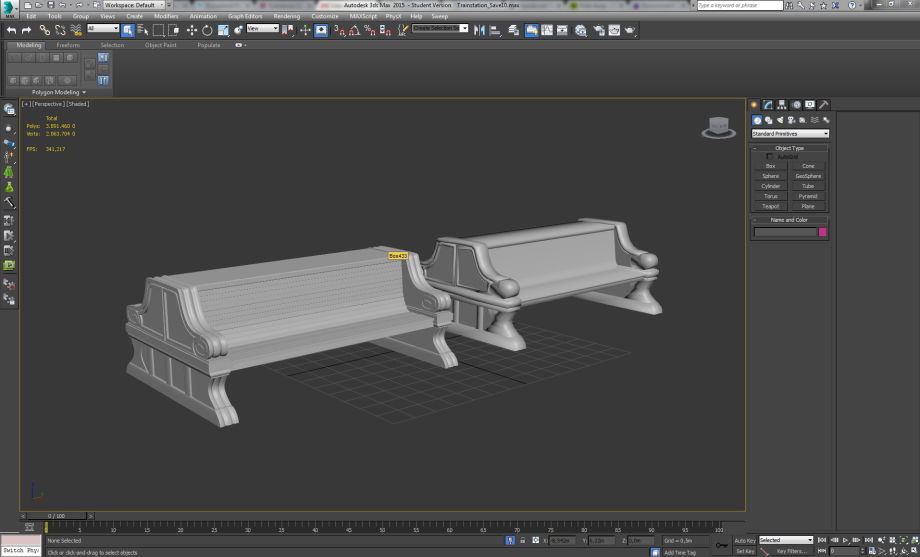 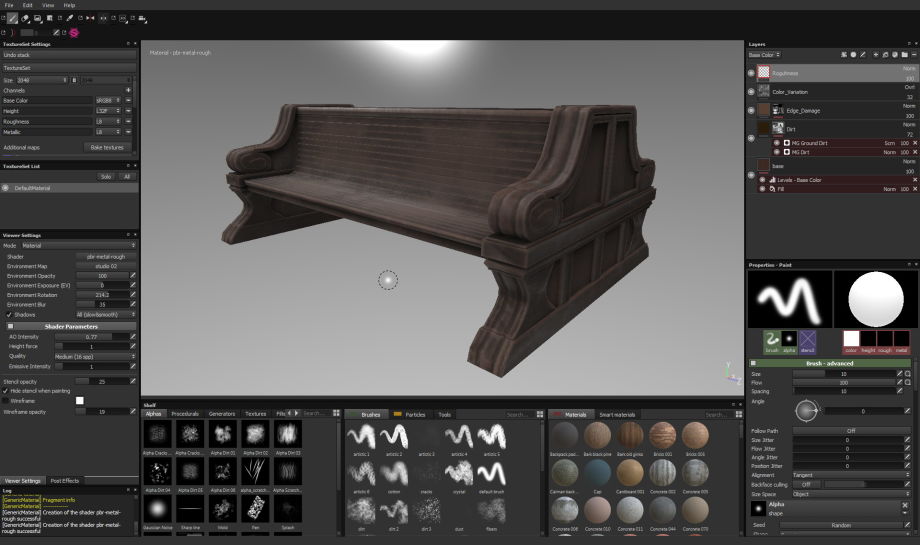 For the benches inside the train station I created a high poly and a low poly version in 3Ds Max and baked them. After that I made my own wood material inside of Substance Designer because the base of the bench is wood and it gave me more control over colors and the patterns in the wood by creating it in Designer. Then I imported the wood material into Substance Painter and textured my asset. The same method goes for the chair and desk that you see 30 seconds into the video, for the pillows on the chair I used 3ds maxes cloth modifier to simulate the folds. 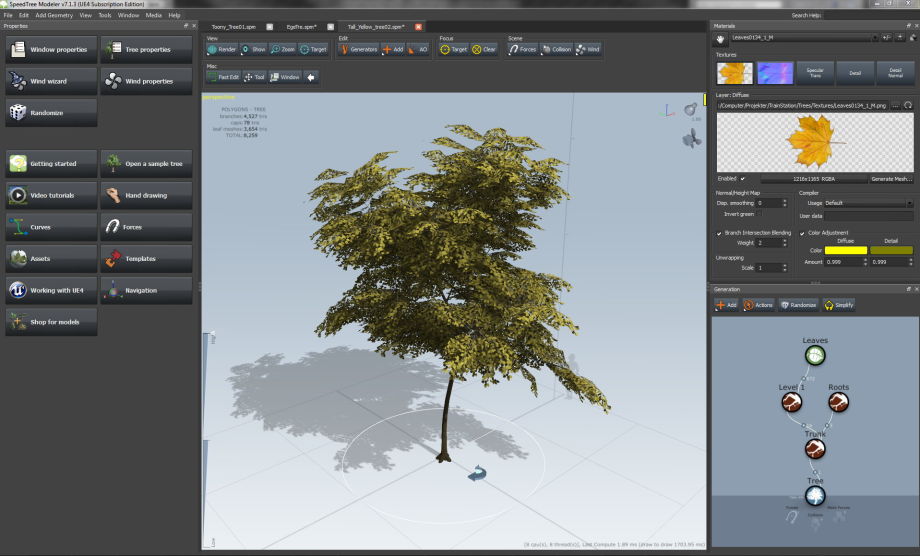 I used SpeedTree to make almost all the foliage in the scene, it made the progress of making foliage a lot more fun and easy to handle, it also makes LOD (Level of Detail) models for you that it automatically applies in Unreal Engine. 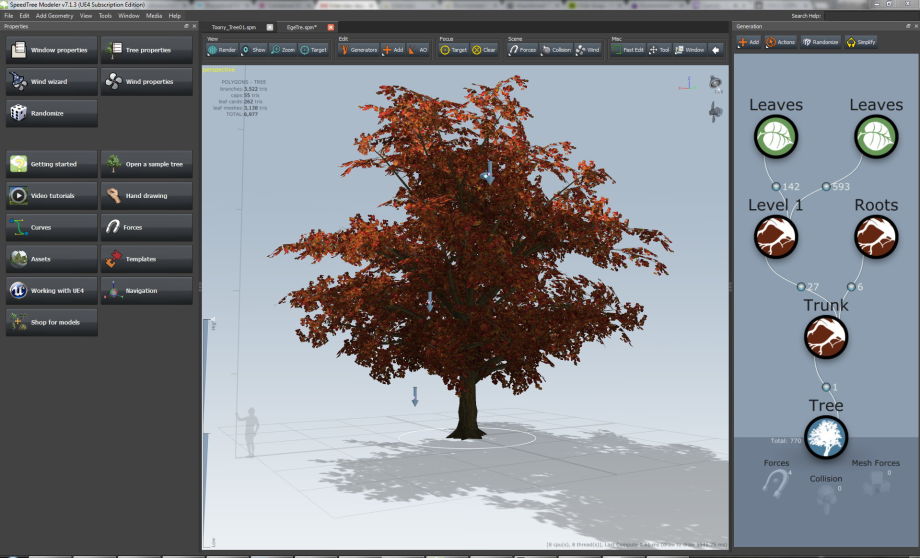 Placing all these trees would’ve been the most boring thing in the world if it wasn’t for Unreals Foliage paint tool, I just added all my trees into the paint tool and began to place thousands of trees around my Scene.

Also wasn’t happy with Unreals standard skybox, luckily I had some sky maps that I could use, so I made a sphere with inverted normals in 3Ds max and imported it intro unreal. In the material I piped the sky map into the emissive color (I pipe it into the emissive color because then it doesn’t get effected by the skylight/directional light). 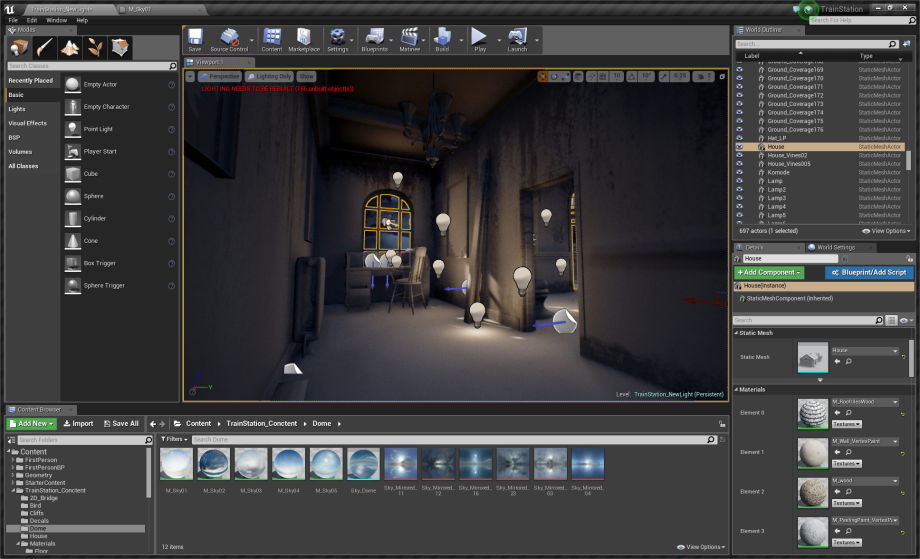 I wanted some soft and nice lighting for the scene, I needed light that could give a good atmosphere and some warm colors. 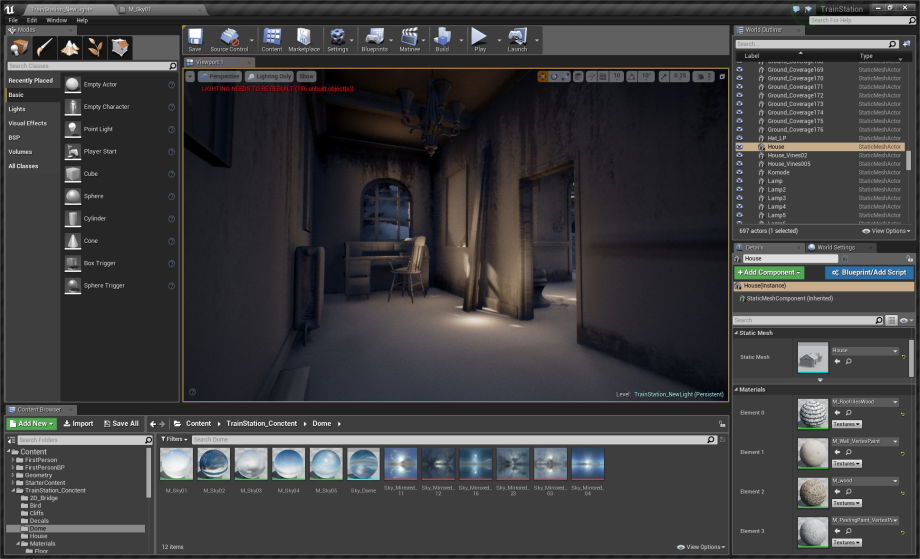 I used a sky light, sphere reflection captures, directional light, point lights and spot lights. I placed point lights around the inside and outside the train station to fake global illumination, so where the light would hit I placed a point light to fake bounced light. (Now if you do this remember to turn off ‘’cast shadows’’ or it will kill your performance). 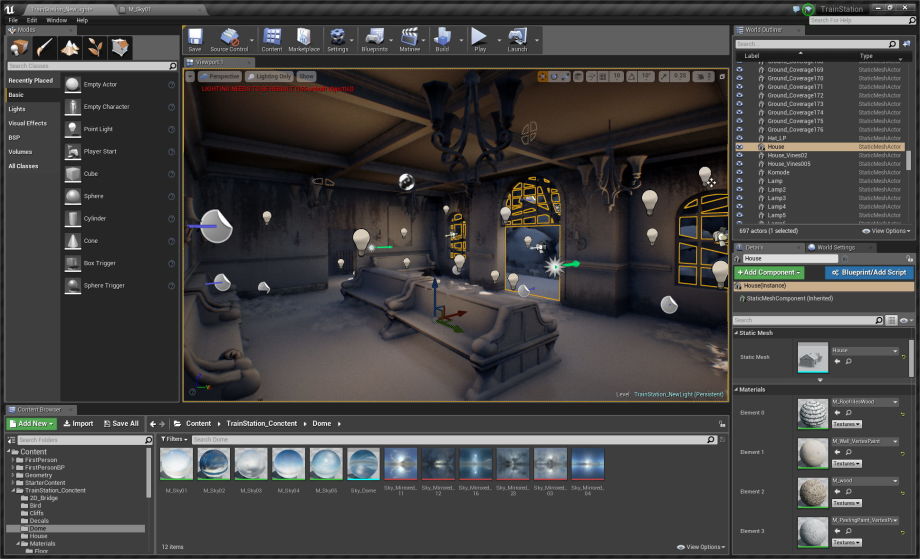 I placed sphere reflection captures around my scene to capture the colors of the environment which made the lighting look more believable. And then after that it was just a lot of tweaking to get the light and colors just right. 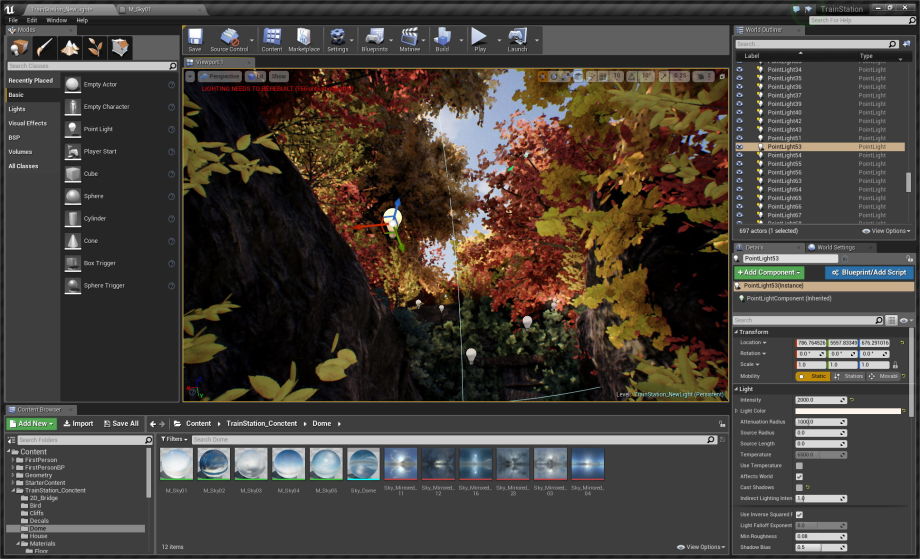 The Way to Present your Work

Well it’s hard to say what the best way to present your scene is, I think it all depends on what kind of scene you’re working on, my scene is a calm and relaxing scene, so I chose to have slow and long cuts with fading transitions so that the viewer gets the time to see the detail in every shot, it gives it a slow tempo throughout the whole video, the same goes for the music, I have music with a very slow tempo which helps making the video more relaxing to look at. So if you have a scene with a lot of action and you want a quick tempo you could use music with more tempo and fast cuts.