The team of CG Spectrum, an Online Animation, VFX, Concept Art and Game Design School, shared an insight into their Game Design Diploma course and discussed 7 essential steps of designing a video game.

Being a game designer can be incredibly challenging but extremely rewarding. But if you love games and are both technical and creative, it could be an excellent career choice!

CG Spectrum’s online Game Design Diploma course gets budding game designers up to speed fast by teaching them how to turn ideas into fun, addictive, and monetizable games. Students learn the latest skills used at AAA game studios and are personally mentored by industry veterans from top studios like Ubisoft, EA, and Microsoft.

To give you a taste of what it takes to become a game designer and whether it’s a good career path for you, here are 7 key steps of designing a video game.

Whether you want to make your own games or work at a AAA studio, you need a good understanding of game design fundamentals.

While there’s no foolproof formula to guarantee a game’s success, knowing HOW things should be designed, WHY they work, and WHAT you need to do to make a compelling game will help you create a far better product.

“Every video game is a series of mechanics or systems that work individually or together to create a fun and engaging experience for players,” says Troy Dunniway, who created CG Spectrum’s game design course and has worked in games for nearly 30 years. “Games are not guesswork. There’s often deep psychology and science behind everything, whether we realize it or not.”

TIP: Study game design theory, game mechanics, game systems, the psychology of games, and the theory of “fun” to give your game a better chance of success.

As a game designer, you’ll be expected to play a lot of games, for research of course! Except that now you need to level up from player to creator.

“To become a game designer, you need to shift your mindset from playing for fun and getting lost in the experience, to deconstructing games and understanding how they work,” says CG Spectrum Mentor Heath Smith who has worked at Activision, Square Enix and Eidos-Montreal on titles like The Amazing Spider-Man and the Tomb Raider franchise.

Analyze as you’re playing and ask why certain choices were made, what gameplay systems are used, and what makes the game fun. Just about EVERYTHING in the game was a conscious choice by a designer or someone on a game team.

TIP: To become a more well-rounded designer, play and dissect a wide variety of genres (not just your favorites!).

Get an Original Idea

When designing a game, you need an original core idea. Maybe it’s a story you want to tell or a niche you want to target. Brainstorm with friends, jot down ideas and revisit them later to see if you still think they’re good.

TIP: The key is to keep your idea simple so you don’t overwhelm or confuse your player. Heath adds: “It’s actually hard to make a simple game. It’s very easy to make a complicated one.” 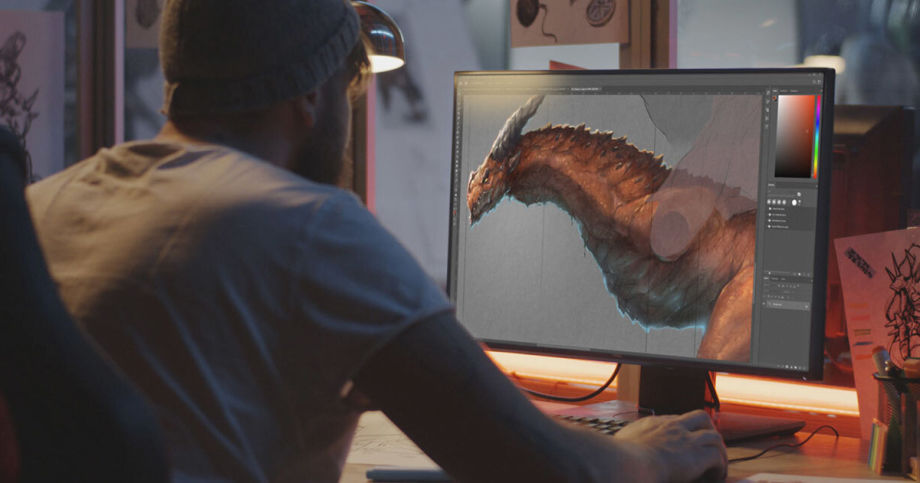 Who is going to be playing your game? As a designer, your job is to get into the mind of the player, understand what motivates them, and design the game for them.

Remember that you’re not designing for yourself, but for an audience who may someday be paying your wages.

TIP: Don’t assume your players have the same level of experience you do. This is where testing is crucial. You might find things that are obvious to you may not be to others.

Take the time to develop a good story arc. Like any good action movie or book, a game needs to captivate the player immediately, keep them interested, and finish with a bang.

“At the heart of most games and player experiences are the characters, worlds, maps and levels which players interact with and in. These are the magical places which capture our imagination, the places we love to explore, sometimes battle through, take on challenging quests as we adventure and eventually slay the evil villain in our hopes of saving the universe from some terrible fate,” says Troy, who has shipped 100+ games on almost every platform and genre.

TIP: Use a traditional story structure to develop good pacing in your game, allowing the story to progress from the beginning, through the middle, and finally a climactic end.

Create a Game Design Document (GDD) to act as the ‘north star’ of your game.

While some developers like to take an idea and wing it, Troy prefers to teach students how to create a professional GDD. “Big companies like EA, Microsoft, Sony, and Ubisoft are highly process-driven and require heavy documentation which is a big part of how they’ve achieved success over and over again.”

TIP: Adding your ideas, goals, budget, and timelines to your GDD will keep you focused and reduce risks down the line. A GDD can also be used to attract investors or market your game.

Great ideas are a dime a dozen, being able to execute them well is more important.

Build a prototype ASAP to see if your ideas actually work and if the game is indeed fun. Get family and friends to test and give feedback. Prototyping can uncover unexpected challenges that could change your entire project.

Once you’re happy with your prototype, it’s time to build, test, finetune, and eventually launch! At this stage you may partner with other specialists (such as programmers, sound designers etc.) to get your game built.

TIP: Many concepts don’t make it past the prototype stage, but it’s better to discover that your idea doesn’t work early, than after you’ve invested a lot of time and money into it.

Is a Game Design Career For You?

As technology advancements such as AI and VR evolve, game design will become an even more exciting job. But it can take years to become a good designer without the right guidance.

If you’re serious about a career in games, check out CG Spectrum’s Game Design Diploma. The job-focused curriculum is designed to get you industry-ready sooner. You’ll dive deeper into every step covered in this article (and so much more!), and graduate with original work for your portfolio, ready to show employers.

CG Spectrum’s intensive course has packed everything covered in a traditional degree program into less than half the time and at a fraction of the cost so that you can graduate with less student debt and start working sooner.

The best part: the course is 100% online! You’ll be matched with a professional game designer in your timezone, and enjoy studying from the comfort of your own home. Log in each week for live video classes with your mentor, get hands-on experience bringing your game ideas to life, and progress faster with feedback from an AAA game expert.

What better way to start your game design journey? Visit CG Spectrum for more information on getting your career in games started.