Gustavo García Guerrero took a Character Artist Bootcamp at GAI and talked about the challenges he faced as a beginner.

Here're a few other characters created at GAI

My name is Gustavo García Guerrero, I live in Mexico and since I was a kid I loved movies, writing stories and playing with clay. I dreamed of becoming a VFX artist, creating mainly latex masks, prosthetics, and animatronics. For different reasons I ended up getting my Bachelor’s degree at the Universidad del Valle de México specializing in Corporate and Organizational Communications, but I never put aside my love for cinema, VFX, and computers. Currently, I am dedicated my time to the production and post-production of corporate videos for one of the largest banks in Mexico and Spain. At the beginning of the year, I had a nervous breakdown and decided to start the process of changing my career. Although it was not easy, I started to learn and develop 3D skills and that was when I made the decision to enroll in GAI. 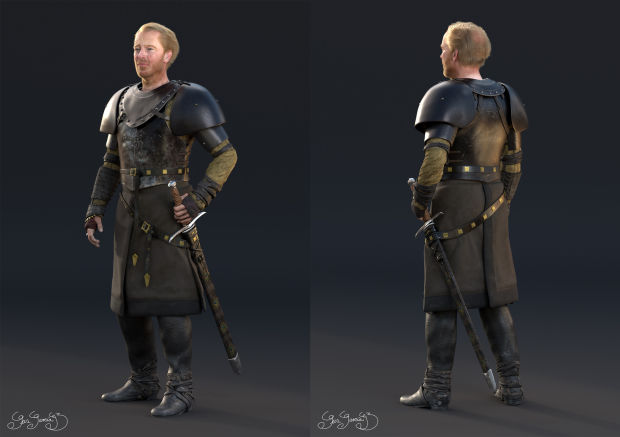 Jorah Mormont by Gustavo García Guerrero made at GAI

Ryan Kingslien is a very famous artist and when you try to learn ZBrush it is impossible to miss his name and tutorials. A few years ago, I explored some of his courses. The Character Artist Bootcamp caught my attention because making characters is something I used to do when I played with clay as a child, so I took it. It was very hard at the beginning because I really didn't know much about the software and in my opinion, the bootcamp is not for beginners. I saw my classmates moving very fast and I felt stuck. But I was determined to finish and lay the groundwork to be able to change my professional career in the future.

During the bootcamp, my instructors were Ryan Kingslien and Samantha Rogers. Ryan is an incredibly good teacher and has a very trained eye for the anatomy of a character. I learned a lot from his weekly reviews. Samantha Rogers joined later to advise us on our characters. I think it was a very enriching course and although I feel it is not for beginners, it helped me a lot to believe in myself and give my best. I can say that I am very satisfied with the final result. Ryan is a great motivator who can help to overcome the lack of technical knowledge and focus on what is important to achieve the goal of finishing a character. Samantha shared a lot of information about the industry and that was very enriching, too. I really enjoyed the course and I don't regret entering it. 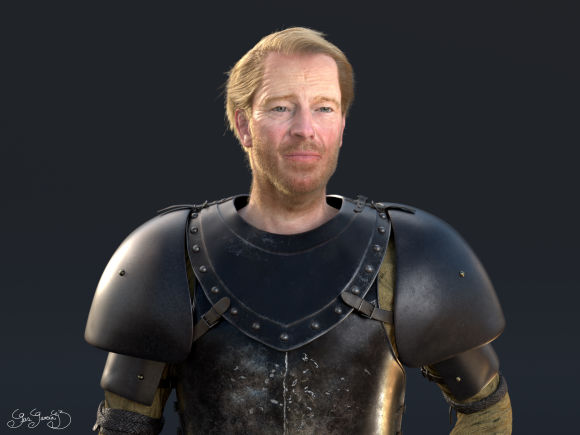 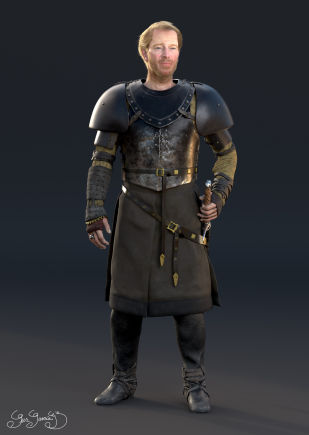 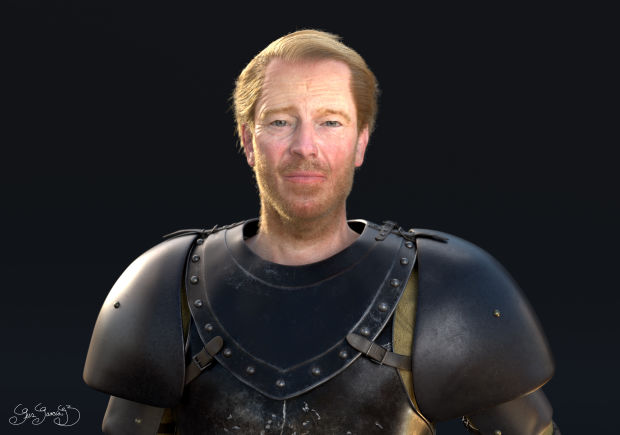 Deciding to Change the Career

For many years, I enjoyed my work: developing scripts, video production as well as post-production. However, little by little, I began to feel a need to do something different, and I stopped enjoying what I was doing professionally. I wanted to get back to video games and movies.

A few years ago, I took a basic Maya course. There, I got acquainted with ZBrush for the first time and I was fascinated by the tool and the similarity with clay. It became a hobby, however, I abandoned it for a long time until this year. One of the things that made me go back to 3D was a VR short film "Carne y Arena" by an Oscar winner Alejando G. Iñarritú that was presented in Cannes. This film was an absolutely fascinating experience that made me realize how much I love technology, art, and cinema. That's when I decided to give myself another chance and start all over again.

During the course, we were asked to choose a character that we wanted to develop for a game. Since I'm still not sure if I want to work in the VFX or video games industry, I simply decided to make a character I could enjoy. I'm a huge fan of Game of Thrones series and Jorah was always a character I liked a lot. Catching the likeness of the actor Iain Glen was also part of the challenge.

I took the references and screenshots of Jorah and organized everything in PureRef.  At first, I wasn't sure if I could make the armor, so I decided to start with clothes in Marvelous Designer (I had never used it before). However, little by little I felt more comfortable in Maya, so I decided to make the full armor there. My main challenge was that didn't know the whole workflow, I was advancing step by step without really knowing the process.

I tried to concentrate on making each part reach the quality standard which was my goal from the beginning. What's interesting, Ryan's first assignment was to post 3 artists designated as our "Pole stars" - artists we admire and whose steps we'd like to follow. For me, these artists were:

And they inspire me not only in terms of technical skills. They all live in Vancouver, and it partly influenced my decision to move there from Mexico in order to get into the industry. 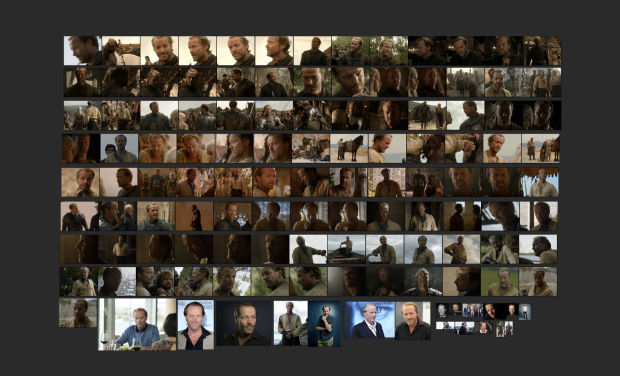 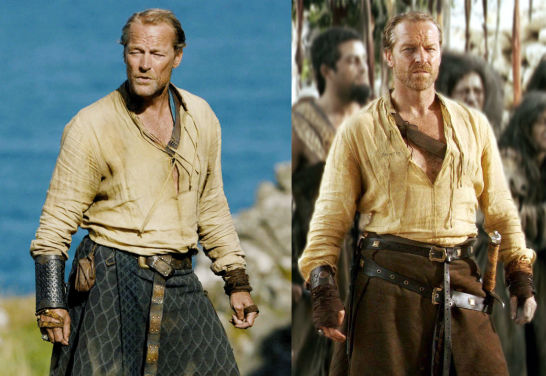 The first thing I did was the face and it was the area I worked on the most during the course. I started with a basemesh that was provided and used it to make the base of the symmetrical face. I mostly concentrated on the contours and the placement of eyes, nose, mouth, and ears, and for this, I used some anatomy books. After that, I decided to re-do geometry for the face and it took me some time to use Quad Draw Tool in Maya to recreate the symmetrical face with clean topology and UVs. Then, I took the geometry back to ZBrush and began to sculpt the face. Every week Ryan and Samantha checked the progress and corrected me.

In the same way, I started with the body and the base of the armor - first in Maya, then polishing and adding details in ZBrush. One of the main challenges I had during the process was the assembly of the pieces that were part of the character. I had many versions of each piece and organized everything by versions in output and input folders. 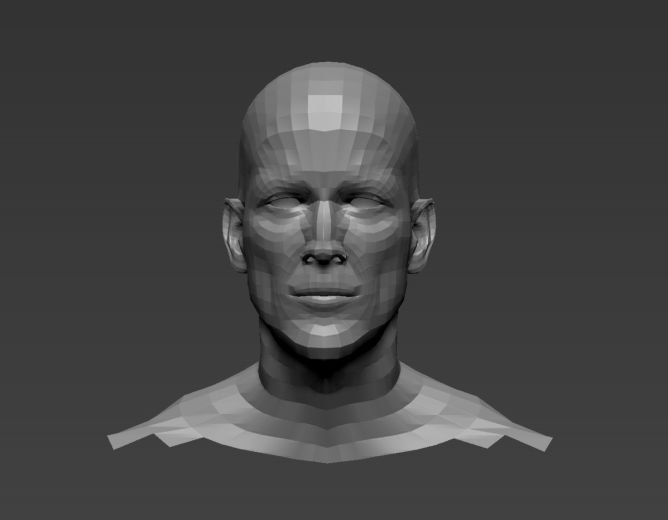 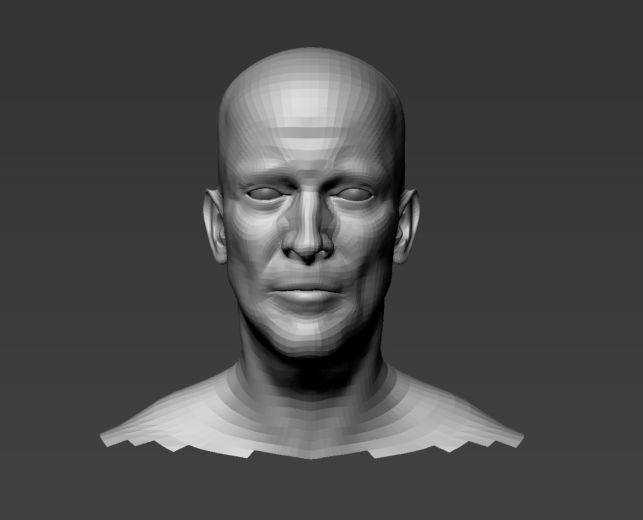 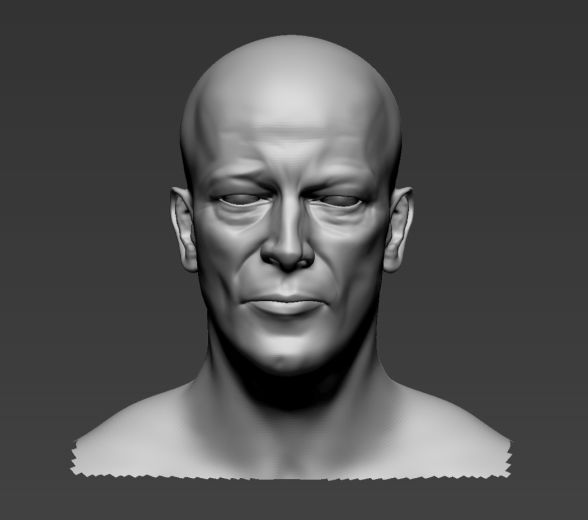 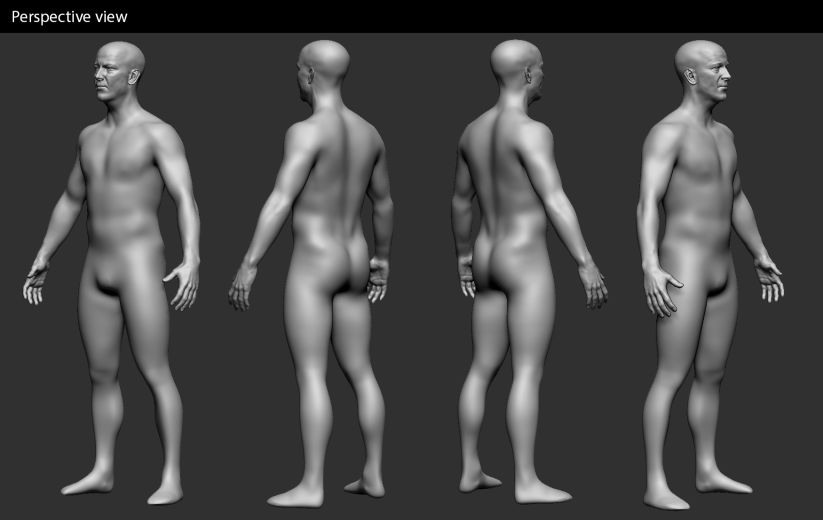 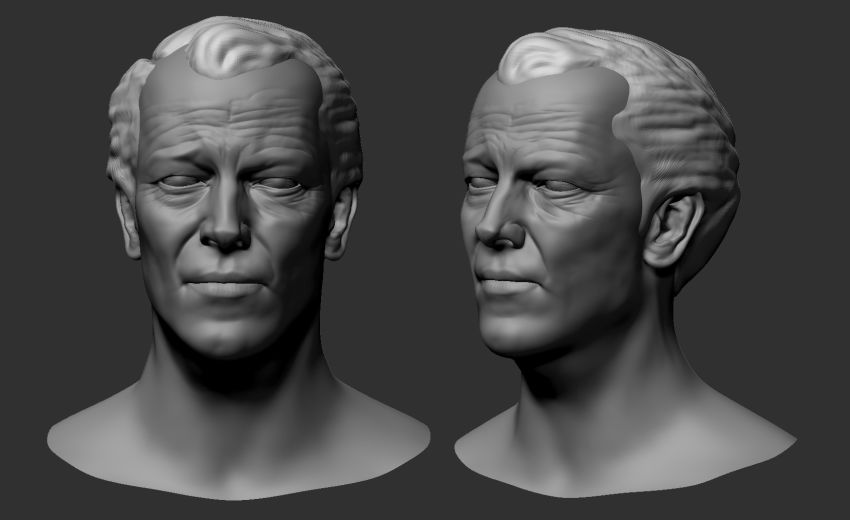 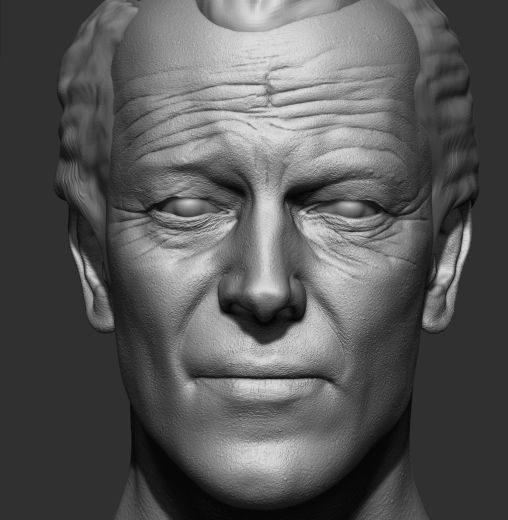 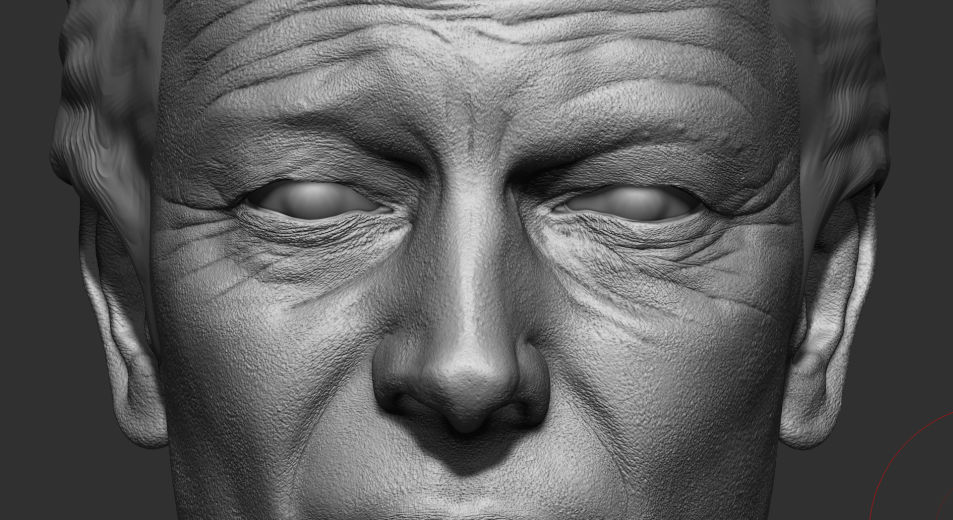 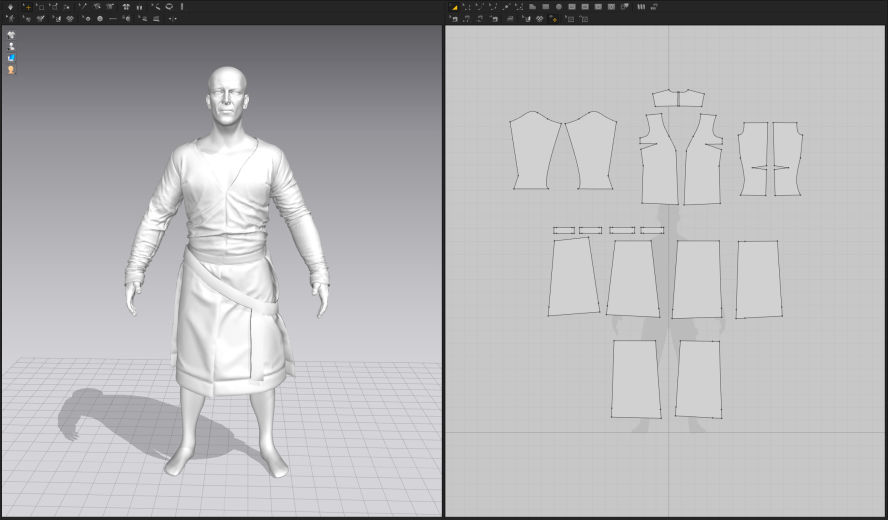 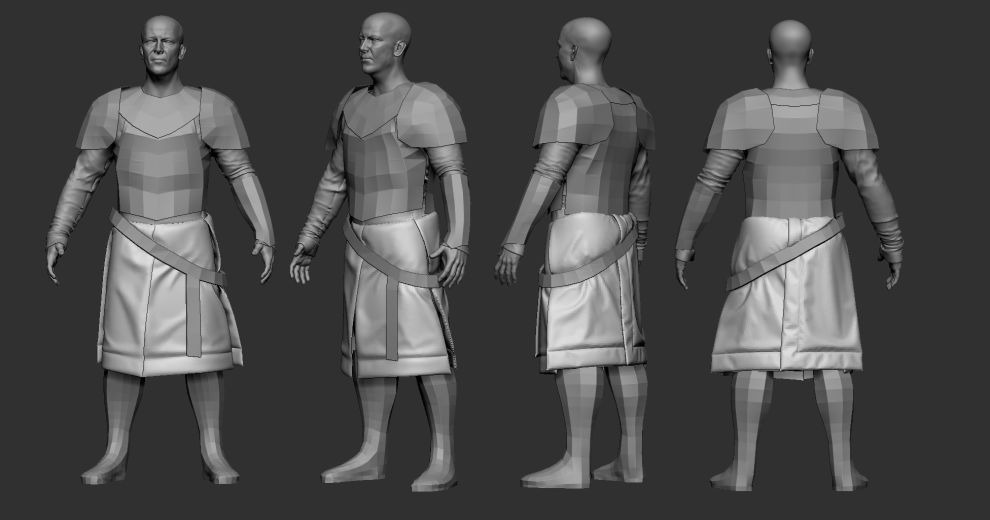 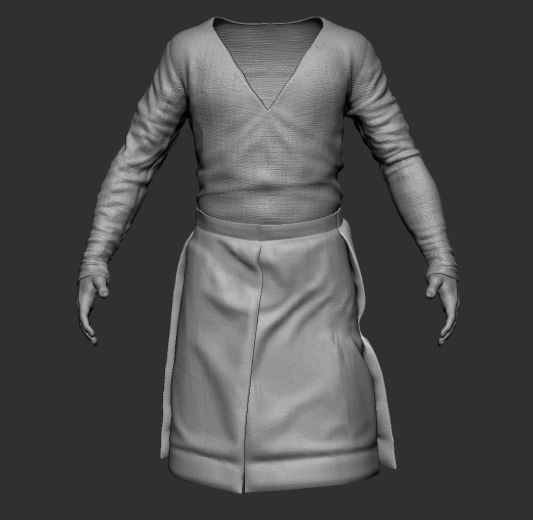 When I finished modeling the face and adding secondary forms, I took the model to Mari to paint the maps which I did with XYZ texturing material, color and displacement map, plus, painted the roughness channel. Mari is an extremely intuitive and easy program to learn and useю I think the important thing is to have enough patience to project the skin correctly since the edges always tend to look bad. A piece of good advice is to always project the skin at the same distance to avoid errors. When I finished projecting the displacement, I exported that channel and imported it as alpha in ZBrush into a layer. This way, I could project the details painted in Mari on the geometry and increase the intensity if necessary. 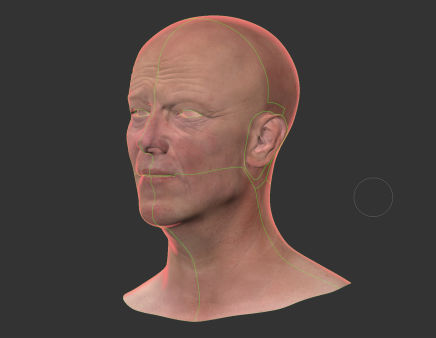 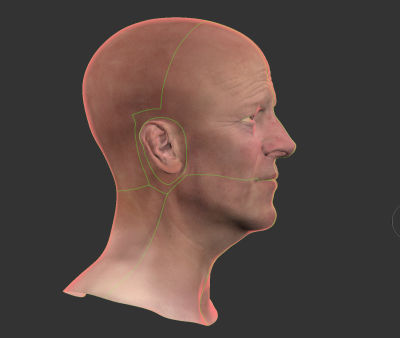 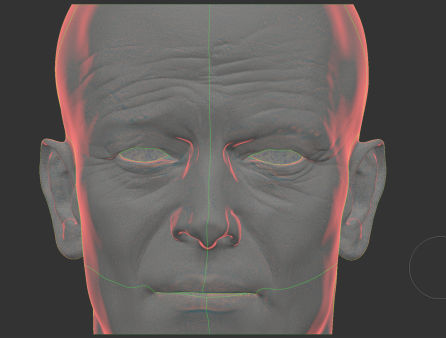 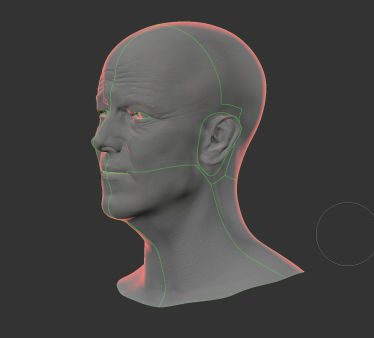 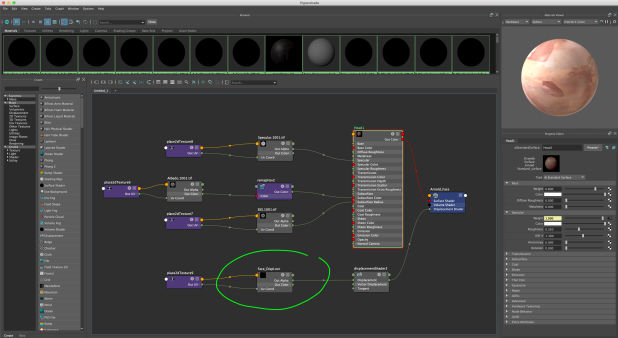 The armor and some leather elements such as belts were made within Substance Painter. For example, all the metal is composed of two materials, one light and one dark. In these materials, I also play with the reflectivity of each to show wear, both have a small color correction. On top of the scratches, I use masks where only the height layer is applied. Finally, I added several layers of dirt, such as green and a little dark red to simulate rust. Substance Painter is also a very simple program to learn. 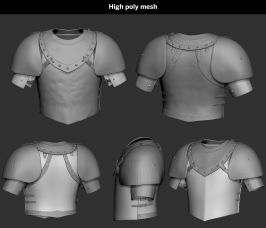 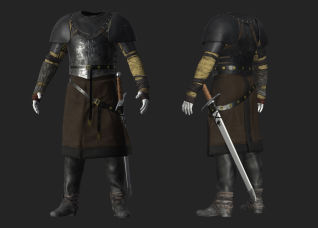 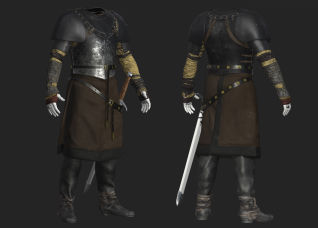 Using XGen for the first time was a challenge because it is not simple to understand the behavior of the guides, the maps that control the density and the way modifiers are applied. The first thing to pay attention to is having very clean geometry and adding the guidelines. After that, work on the region and density maps and start adding modifiers.

Finally, avoid penetrations in the mesh. You can use the Cull tool to eliminate them. 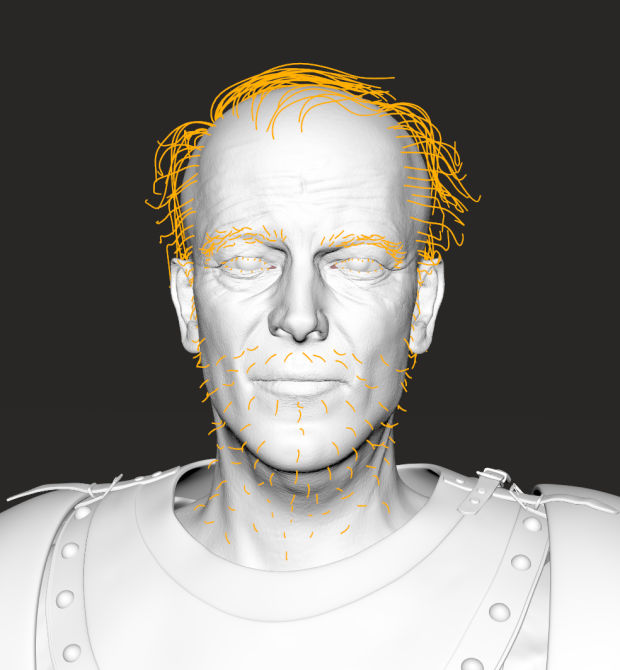 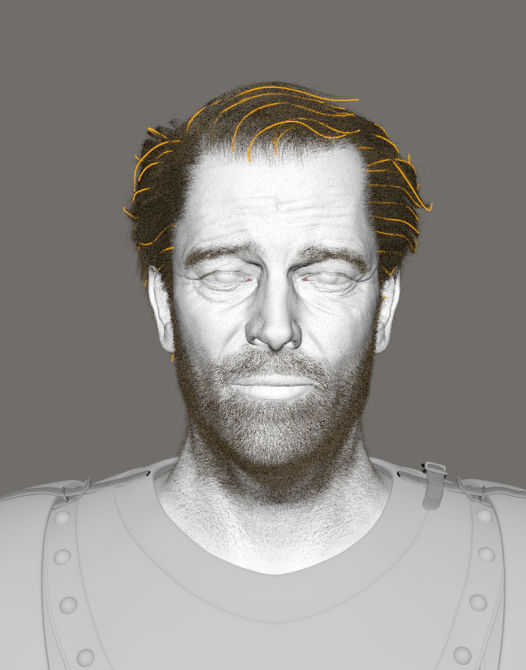 For me, the whole project was a huge challenge because I didn't understand the whole workflow from the beginning. I looked for many tutorials as well as learned the techniques and tips during the course, but it was certainly difficult to finish the piece. Achieving likeness is also a very complicated task because after seeing your character and the references too many time your brain starts to deceive you.

I am very happy because only 6 months ago I had no idea how to finish something, and thanks to the bootcamp at GAI I managed to finish a full character. I am happy with the result but the best thing is to keep moving forward instead of getting stuck on perfecting one work.

Perfection comes from working hard and taking many projects which leads to finding the balance between workflow and result.