Today we're going to look at some games with curios mechanics and discuss whether developers should invest more in bizarre gameplay ideas.

We all love strange and unique physics-based gameplay mechanics like all kinds of portals, changing perspectives, and bizarre gravity, and yet not that many developers add such tricks to their games. We've decided to remember some great examples and discuss whether studios are afraid of implementing unorthodox mechanics or it's just not working for some reason.

The Portal games are a perfect beginning for this list of experiments with physics. The games, set in the Half-Life universe, are all about using portals and other awesome physics-based mechanics. One of the main elements of the games is the "Aperture Science Handheld Portal Device" (AKA the portal gun) that generates a human-sized wormhole-like connection between two points.

Players are allowed to move through portals and conserve their momentum to make it through different complex obstacles. The series also uses lasers, light bridges, gels, and other elements that make it difficult to advance to the next room.

The portal concept was originally invented by the game Narbacular Drop and then became the main mechanics of the first game. What is more, surface-altering gels were actually introduced in Tag: The Power of Paint and then added as a part of the second game. 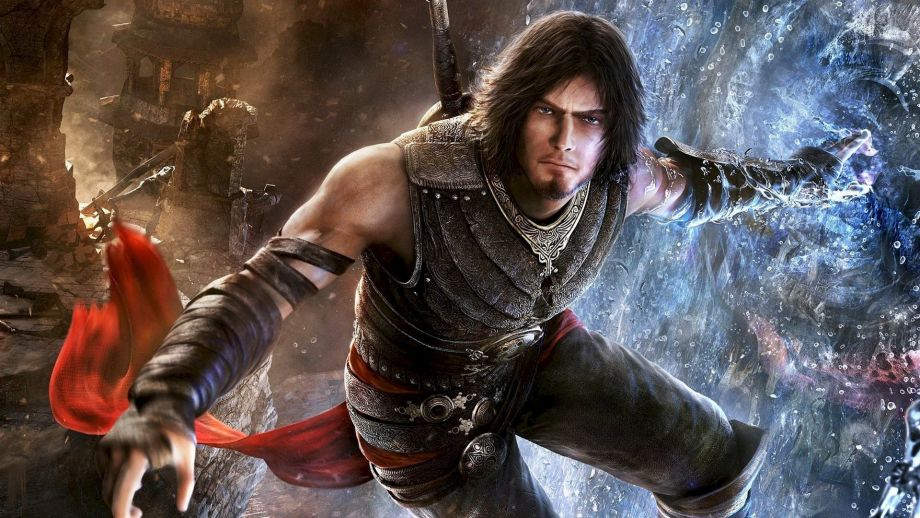 Such mechanics change the whole picture and make some titles successful. They even allow to turn an ordinary plot into a project that makes you want more and more. "These mechanics add originality to the gameplay," noted our Twitter follower REDMOON. "Prince of Persia, for example, has simple gameplay, but the reload mechanics added originality and completely changed the script!"

Superliminal is a first-person game featuring puzzles based on forced perspective and optical illusions. Basically, you always need to change your perspective and think outside the box to advance to the next level. 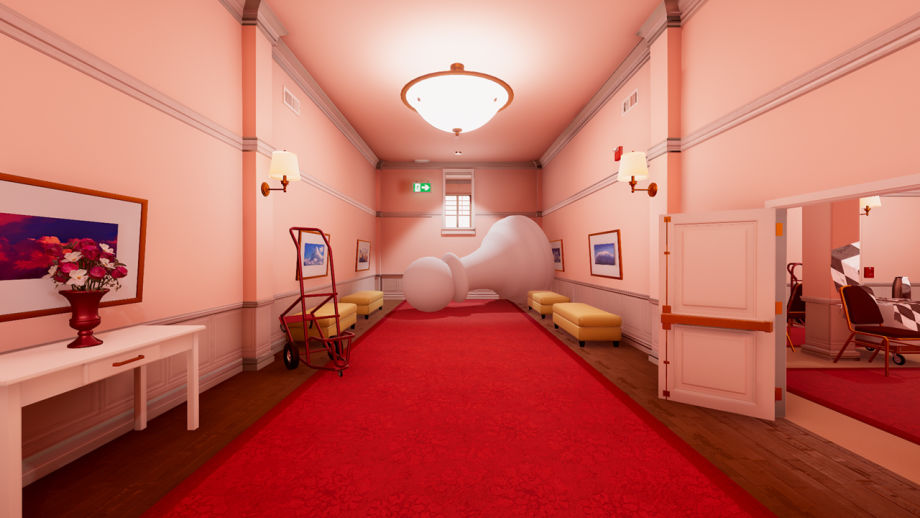 The game begins with the main hero falling asleep with the TV on at 3 AM. You remember a glimpse of the commercial from Dr.Pierce’s Somnasculpt dream therapy program. Then, you open your eyes and begin the first stages of an experimental program. 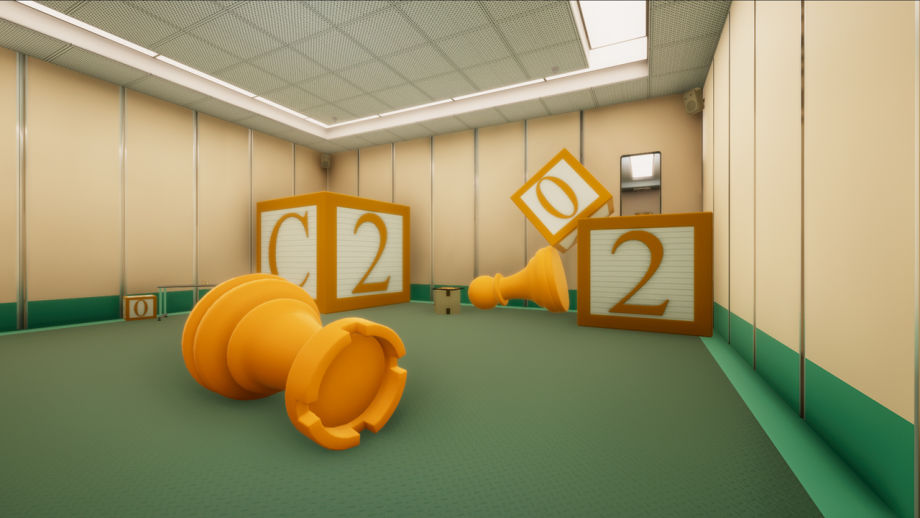 The game kind of reminds of a surreal journey through an Alice in Wonderland-style world featuring all sorts of inventive puzzles. 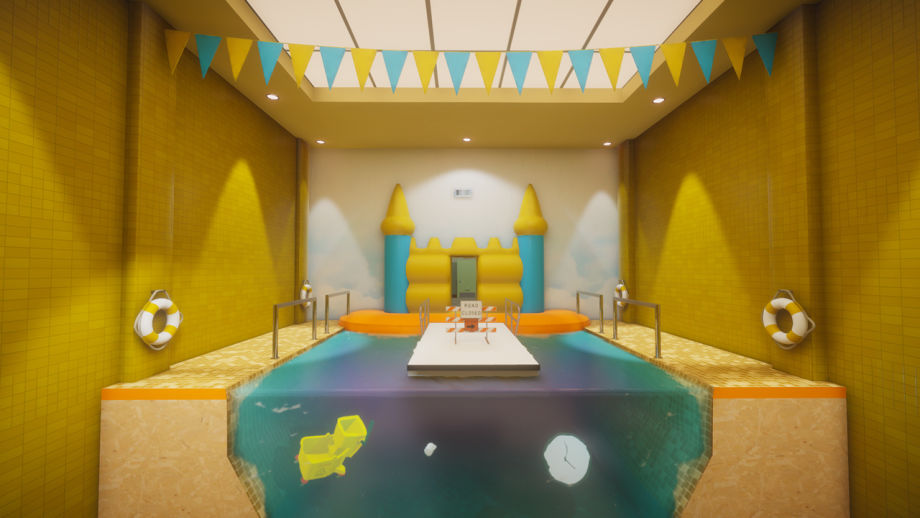 Why aren't there more games with gameplay revolving around changing perspectives? The thing is that using a great idea over and over again makes it boring in the end, so developers should be really careful when designing new experiences. "These weird, unusual games with unusual mechanics are so interesting because they are original," wrote Daniel Zarzecki. "If more games used that then it would become one of boring, overused mechanics."

The next example is a demo of a NonEuclidean rendering engine for Windows, written in C++ OpenGL that lets users set up all kinds of illusions.

Basically, it's Portal all over again but with no portal seams and there are more than two portals. The engine lets you set up several surfaces that are solid geometry with textures on top of them. When you walk through this texture, the engine teleports you to another area and you get this strange illusion.

The main challenge here is that "each surface has to recursively render surfaces behind it conditionally depending on if it's occluded or not from each perspective," wrote the engine's developer. You can learn more about the project on GitHub.

One of the main points here is that such mechanics are pricey. It might too expensive for a team to implement unique ideas. "I feel we'd all be up for more full-fledged physics-based mechanics even in "traditional" games, the issue is they are often far too costly and risky to even try to implement properly," wrote our Facebook Filippo Giuliani. "Also, these mechanics require both strong communications between designers and programmers and a lot of prototyping time, which are not always a given."

You don't always need AAA budgets to try new ideas, of course. You can, for example, develop a 2D puzzle game with curios mechanics.. Have a look Deleved, a new puzzle-platformer inspired by Newton's third law of motion. The game offers players to reimagine their relationship with gravity to deal with mind-bending puzzles. The gameplay here revolves around controlling two squares at the same time as players move through the level to hit switches and complete puzzles.

One of the other great recent examples is Control and how it throws strange unusual things at players. The game's interiors have the ability to change its shapes and internal structure, and this trick of rebuilding locations makes the game must-play. It kind of feels like a child full of energy constantly changing his Lego structures. Control feels uncertain and its strange mechanics make the game one of the most unique and bizarre experiences. Plus, you have telekinesis and all kinds of other cool powers.

Where should we get new ideas now? One of the cool things to do would be to mix different approaches. Developers could, for example, match VR and non-VR decisions. "We need more mixed perspective games," noted Jason Foley. "Combine VR with non-VR gaming. RTS is a great candidate type - VR for the units and non-VR for the orders." Sound pretty cool, right?

What other great examples did we miss today? Share curios cases and discuss whether developers should invent more cool stuff in the comments below.