It all started in 2000 with Casper Peeters and Per Slycke, two bright students at Twente University, in Enschede, Netherlands. Following some initial research into the measurement of the performance of athletes, they turned their specialist field to sensor technologies and sensor fusion algorithms.

20 years later, that same idea has been nurtured, growing to become the Xsens of today: an industry leader with over 120 employees based in 5 locations around the world.

Xsens products include Motion Capture suits, a Wearable Sensor Platform, and Inertial Sensor Modules. For 3D Character Animation, Xsens MVN Animate is an inertial motion capture solution, meaning mocap actors can perform anywhere, wirelessly. The suit features an on-body-recording option to record data without an external computer, but can also be streamed to hardware. The captured data can then be streamed or uploaded to a character rig via our own software into all major 3D packages including Maya, MotionBuilder, Unreal Engine, and Unity to bring characters to life with realistic motion. The motion capture data recorded by MVN Animate has the same production quality data as (optical) studio-based data.

When you think about motion capture, you usually think about suits with markers and cameras in a studio with crash mats. The optical-based approach to mocap has existed longer than our inertial-based and both have strengths. Ultimately, the biggest difference is that inertial motion capture doesn't need cameras, and can operate entirely wirelessly. This allows performers to break free from the studio and capture movement anywhere – inside the studio or in the outside world. This freedom means users of the suit can capture a huge range of movements in real, natural environments.

This is where our main strength is, our solution is able to be used in any environment where other solutions would have trouble recording because of magnetic distortions for instance. Our sophisticated algorithms can deal with all this and provide consistent production quality data everywhere. You don’t have to bother about the technology, you can just aim at production and creativity. This is also what we see and hear in the market, our solution gives the best quality data even in challenging situations and environments. 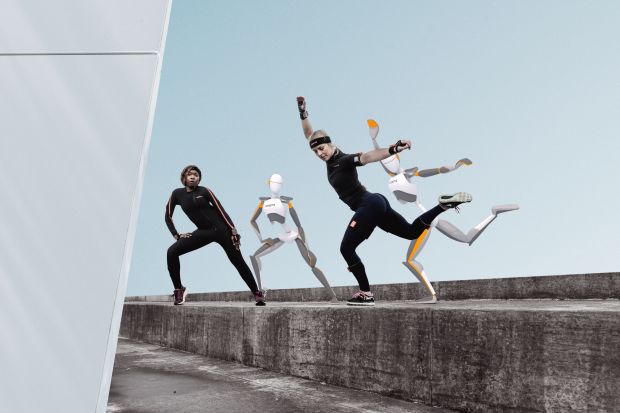 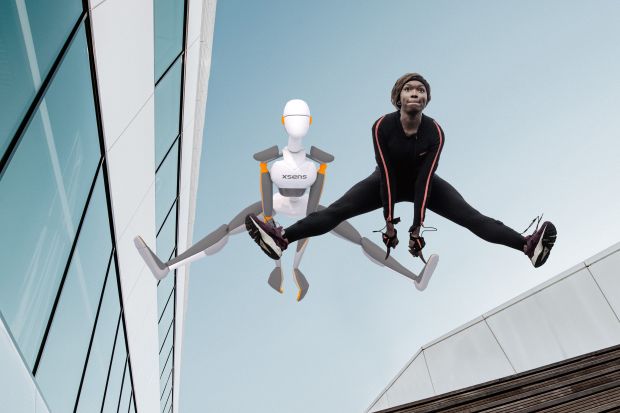 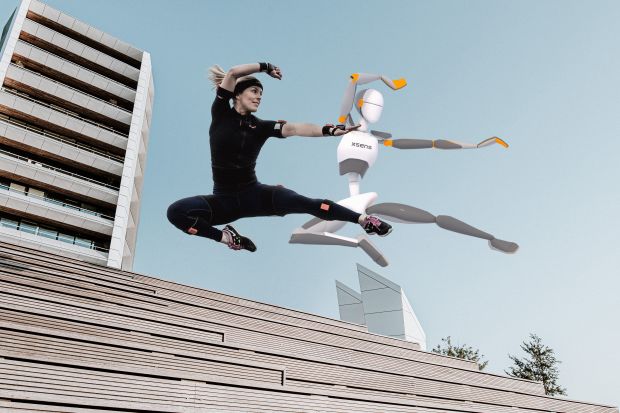 Xsens also works with other capture solutions such as gloves for finger tracking, facial capture systems, and more.

Customers that have used Xsens MVN Animate in production include studios like Epic Games, Ninja Theory, Image Engine, The Mill, and MPC.

The ability to fuse data omitted by best-in-class motion sensors revealed a special opportunity. Whereas motion capture technology is traditionally thought to be camera-based, an inertial approach to motion capture means that mocap actors can perform in-studio or in natural environments outside a studio setting.

One of the biggest developments for our technology was overcoming magnetic distortion which could affect the quality of data captured in certain environments. Once this was overcome, we became uniquely positioned as a mocap solution.

We provide the go-to solution for motion capture. You get production quality data without any constraints and in any situation. And we combine this with a flawless pipeline into all major peripherals in the motion capture ecosystem. The latest #HomeCap campaign is a great example of how far Xsens has come, major studios around the world made the transition to a home-based studio using Xsens mocap. Many productions were able to be finished because of this.

The difference lies in the software, in applied scenarios data output and data visualization. Where Games and VFX users need the data for animating 3D models, Ergonomics and Sport often require motion data for analysis. That could be the raw numbers for analysis, or for plugging into biomechanical modeling packages like Dassault, Siemens PLM, D-LAB, and C-Motion to name a few.

The Xsens MVN hardware was designed and engineered by the same minds that build IMU sensor technology for industrial applications such as drones, robotics, and aerospace.

IMUs are self-contained systems that measure linear and angular motion usually with a triad of gyroscopes and triad of accelerometers.

The Xsens sensors that power the MVN mocap suits also contain gyroscopes, accelerometers, and magnetometers that can track and measure every tiny movement. The quality of this hardware met with the software algorithms that can fuse all of this data is what makes the solution produce such quality. 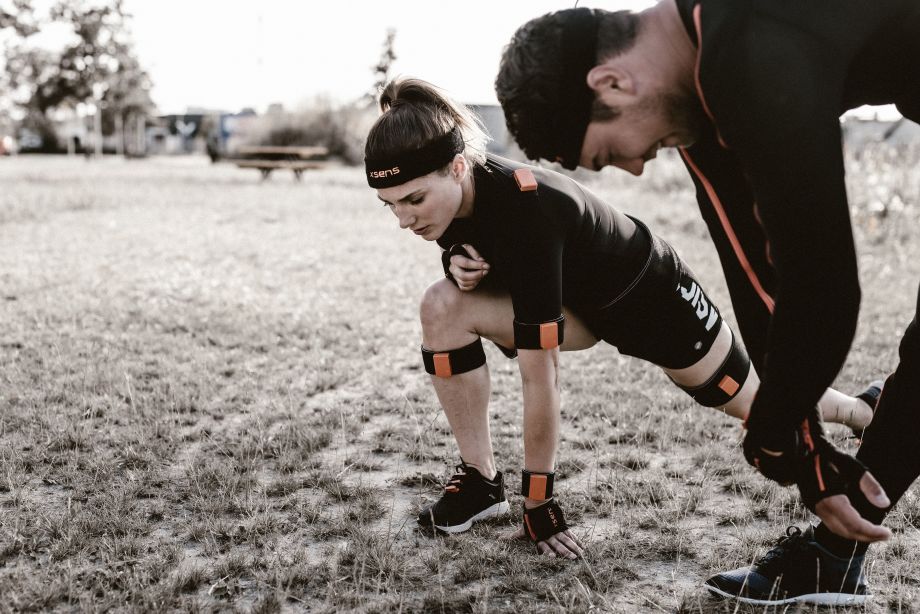 The MVN hardware has two options, Awinda and Link. The Awinda is a fully wireless, straps bases system you can wear over your clothes. The Link is a lycra ‘suit’ with embedded tethered sensors. Both options send their data to the computer via a wireless connection. Customers choose their hardware based on the characteristics of their projects. For instance, the Link is the best fit for high dynamic movements such as fighting and stunts.

The MVN Animate system has been on the market since 2006, we are continuously listening to the market to make our solutions better. In recent years, we have added new features and adjusted the hardware to make it more user friendly. Some major improvements include the placement of the sensors in the suit with zippers instead of tubes and the addition of On-Body recording on the bodypack. Both features have made the lives of animators easier and more efficient.

Because of the flexibility of the software, we have found that users find it easy to add Xsens MVN to their studio pipeline. Xsens MVN is pretty pipeline-independent because we integrate with all 3D software packages, making it easy to migrate from any system.

Whether it's an indie project or a AAA game, our solutions are available to all. We have a very diverse customer base and love to see what users create with our technology.

Xsens technology is production-grade and as such is generally aimed at professionals. The investment is based on the hardware and software options. We are eager to discuss your specific situation to advise on the optimal setup.

Having said that, we invite up-and-coming talent to join the Xsens Indie program. The program makes it easier for smaller studios to access professional motion capture solutions on a budget. It provides indies, young studios, and game developers with a more affordable way to bring projects to life, without having to compromise on quality. 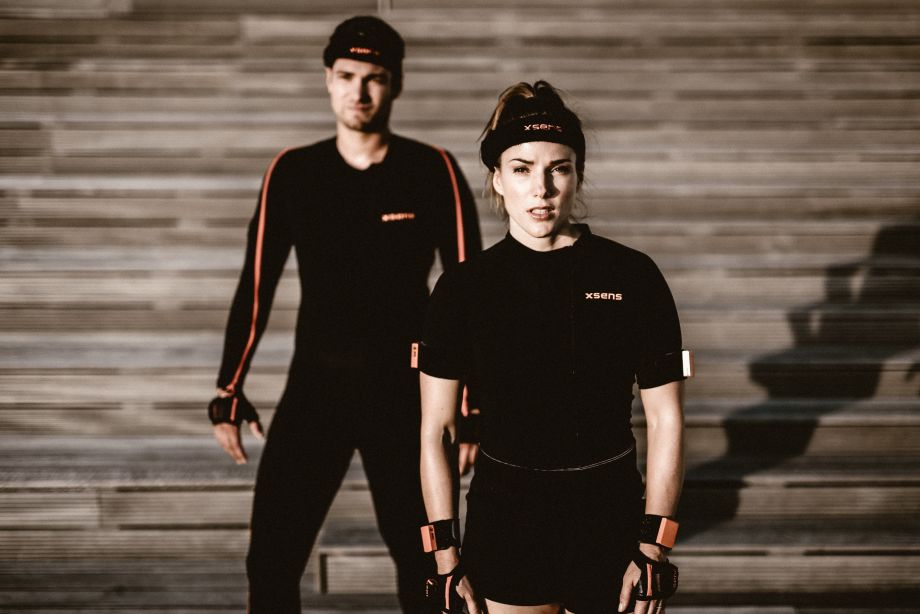 This year has been an interesting one so far, I'm sure you'll agree! As well as developing the next version of our MVN software due for release later this year, we've been celebrating artists working from home with our #HomeCap campaign. It's been amazing to see mocap actors adapt to mo-capping from home to keep their projects in production.

In the next 20 years, we plan to stay true to our core values and commitment to imagine and reimagine what is possible with the technology we know best. It's a very exciting time to be working with motion capture, seeing what's coming next for game engines like Unity and Unreal Engine will no-doubt encourage more real-time production and motion capture is a really important part of that. We will continue to innovate and strive for motion tracking perfection.

This year will be exciting for the motion capture community as Xsens has multiple releases planned to update and extend functionality. We are committed to staying the go-to solution for motion capture.