We’ve talked with Amy Sharpe – freelance 3d artist, who shared some of tips and tricks of building great virtual heroes. She talked about her workflow, described some of the techniques and optimisation of characters for games. 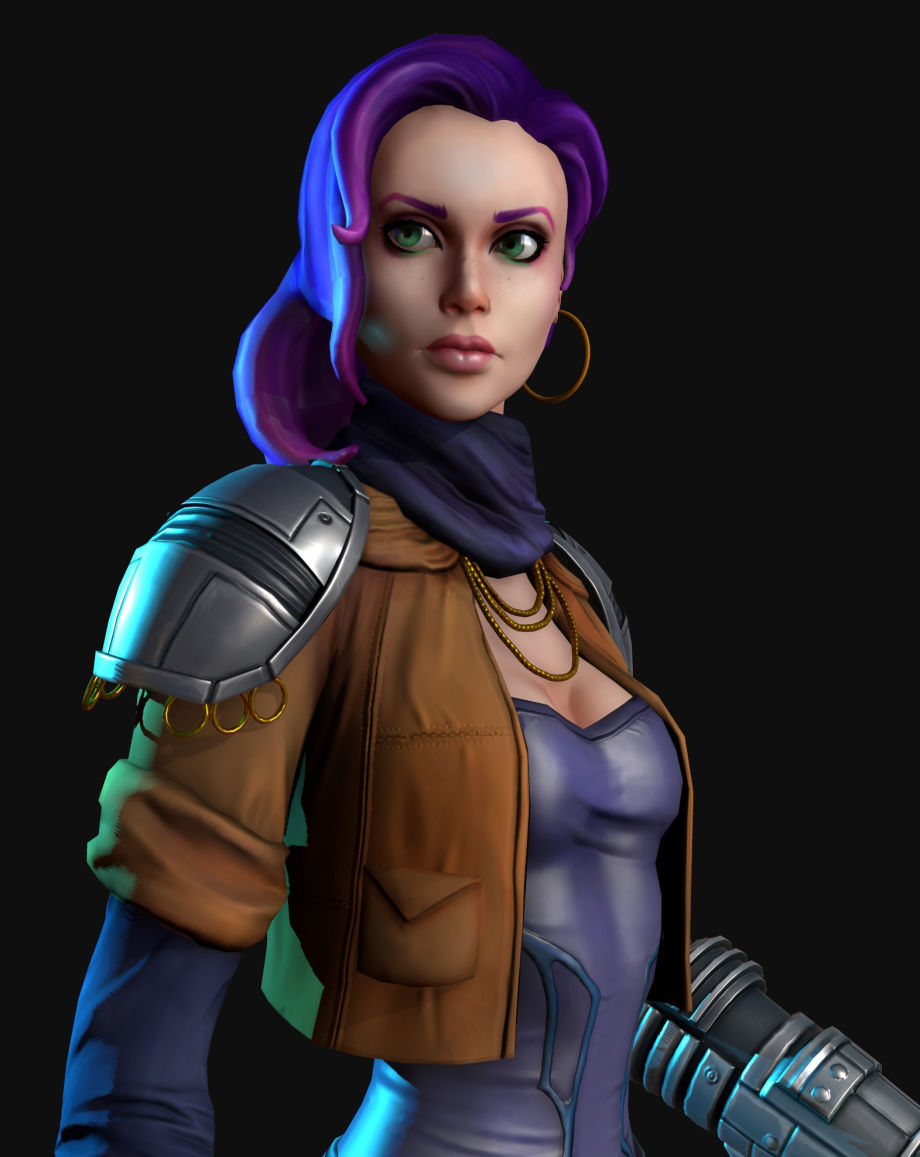 I’m from Massachusetts, and began my education with an undergrad in Graphic Design at Boston University. I really wanted to work more in video games and film, so I decided to take a big step and go to Gnomon School of Visual Effects. There I was a part of the two year Digital Production for Entertainment program, in the modeling and texturing track with a focus primarily on characters for games.

Upon graduating, I started creating characters and creatures for Warmachine: Tactics at an indie studio, Whitemoon Dreams. Afterwards, I made the jump over to film, where I was fortunate enough to model/sculpt characters for Pan at Wolf & Crow, as well as a variety of music videos and commercials. Most recently I’ve moved back to freelancing, and am working on an assortment of projects. 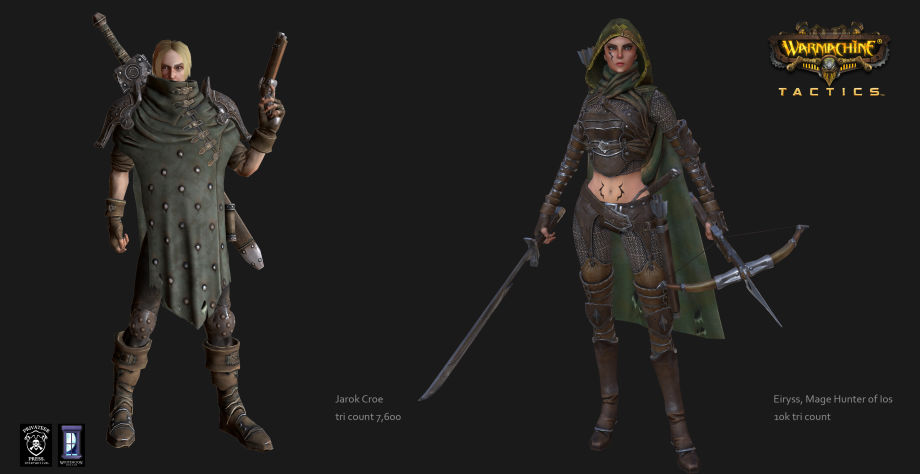 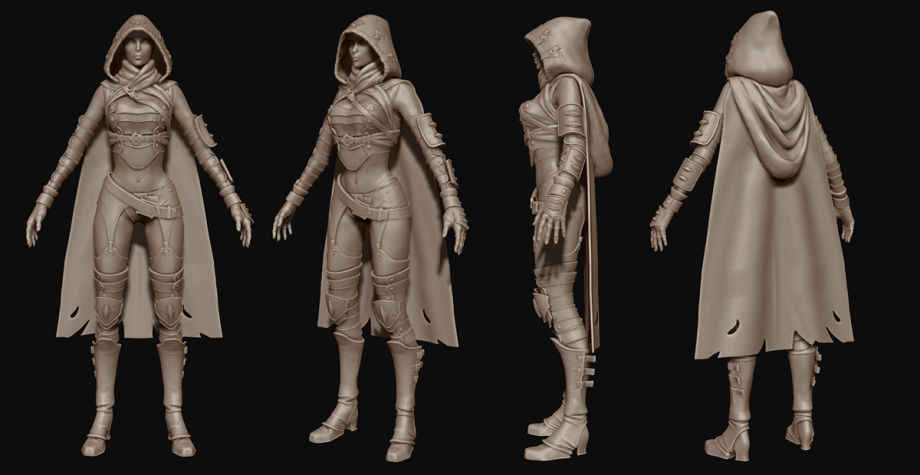 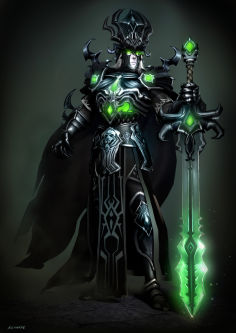 Based on a character design by Michal Ivan

Most important to me for character creation is the actual concept itself, and the justification behind design choices with the insertion of well thought out details. Developing backstory, placing wear and tear on clothing and gear with thought to how it became damaged in such a way. Subtle things like considering which wrinkles would develop earliest or be the most prominent on a character and why? Do they smile often, do they frown often? What makes them smile or frown then, and how would that influence other aspects of their attire or posture? 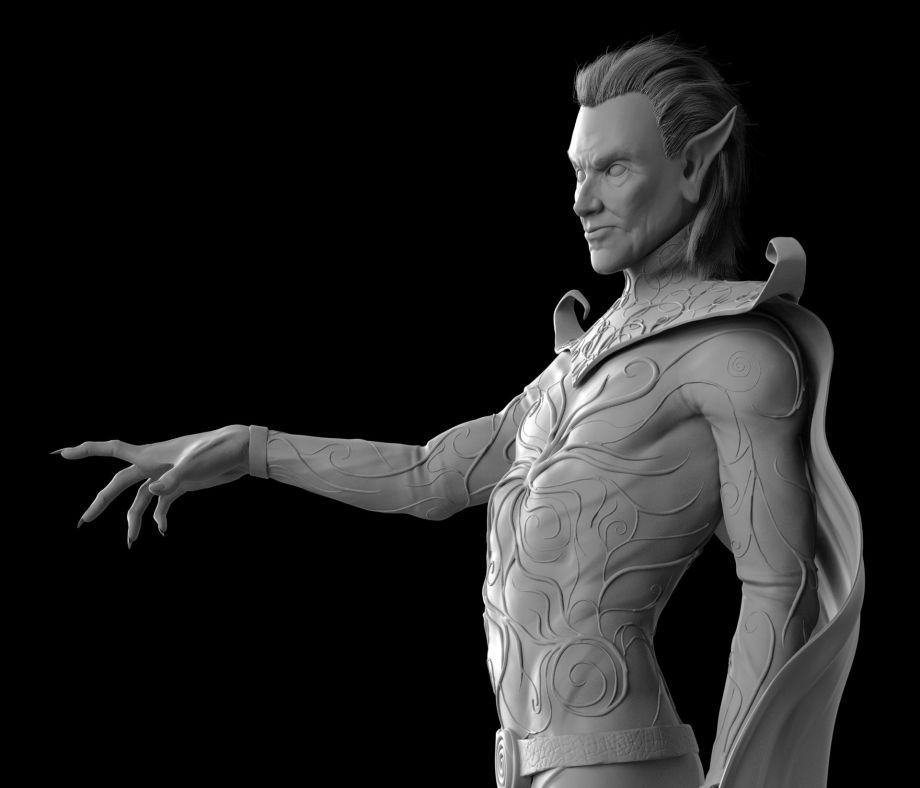 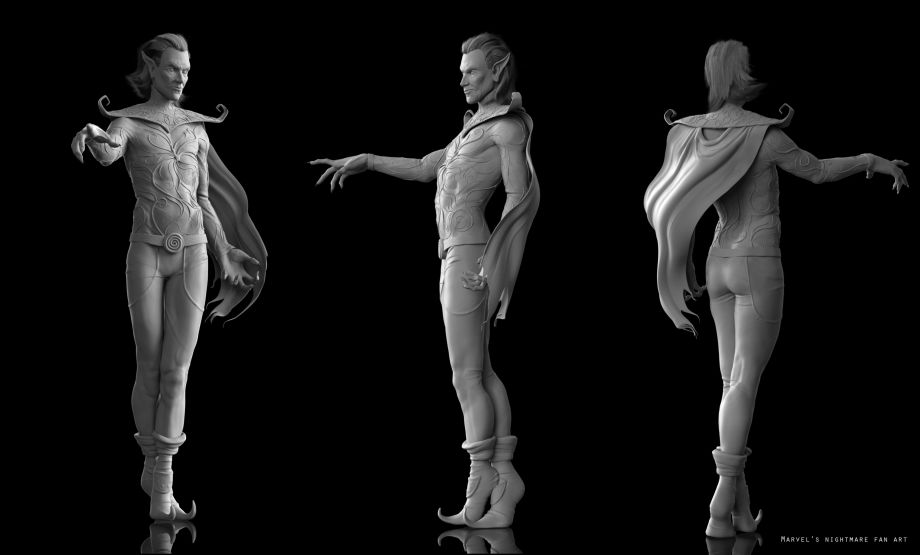 On the other hand from a more technical standpoint, I think one of the main rules for games specifically is to prioritize elements and make sure that the eye travels properly over a character. There’s a lot of limitations to texture resolution and poly limits, so it’s important to maximize UV space for elements that the viewer is meant to see first or most often. 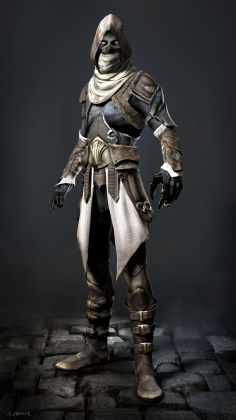 Based on a concept art by Anthony Francisco

It depends on what the character is for – if it’s for games, film, commercial, or a personal project. For my most recent game character “Moonboots”, I began with a sketchbook. Normally at work I’d receive a concept from a designer and start with that, but for personal work I like to do everything myself. I fleshed out the concept in Photoshop in order to get an idea for the color palette, proportions, silhouette, and overall style. By getting those down quickly in the beginning and not rushing into 3D, I ended up saving a lot of time. It’s also important to not be glued to what you decide in the beginning. As I found out later on working on this, some of my initial choices, like the weaponry, actually didn’t translate into 3D as well as I wanted and I changed them. 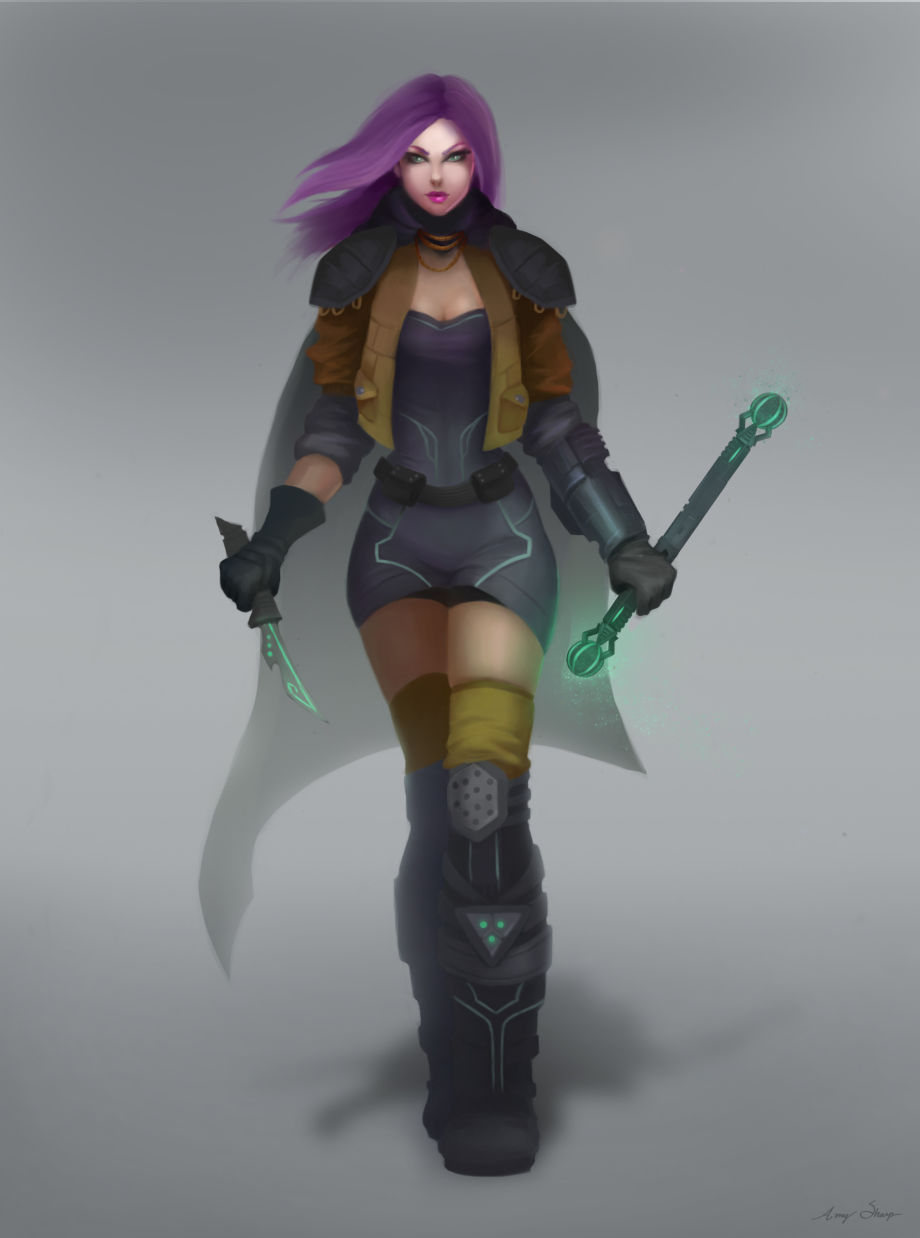 Next I blockout the model using Maya and Zbrush. I’ll usually create the underlying body starting with Zspheres, getting proportion down and adjusting topology density for initial sculpting. For clothing, I usually extract clean topology from the body in Maya, and then model my lowest subdiv for hardsurface items. I’m not opposed to creating hardsurface pieces in Zbrush, but I find that if I do it in Maya first then I can save time later with a much quicker retopo. 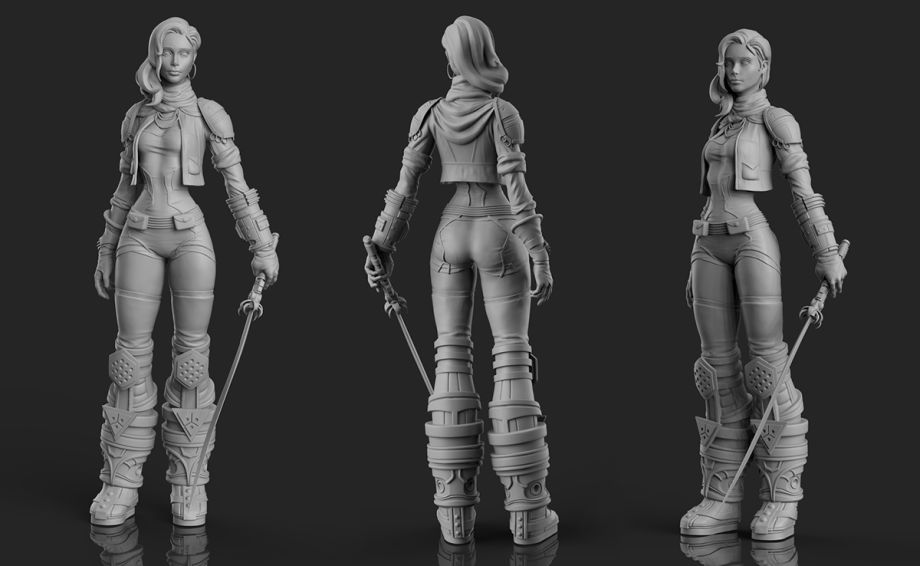 At this point it comes time to actually sculpting, which just takes time. I keep reference up always, keep referring to the concept art as well so that I don’t drift too far. It will usually look like a mess for the first 70% of the sculpting time, and then suddenly appear how I want it to in 10 minutes. For Moonboots, I stopped sculpting at a certain point because of the style she’s intended to be – however if I was doing something more realistic, I’d have an extra stage of adding surfacing and extra detail to the sculpt. 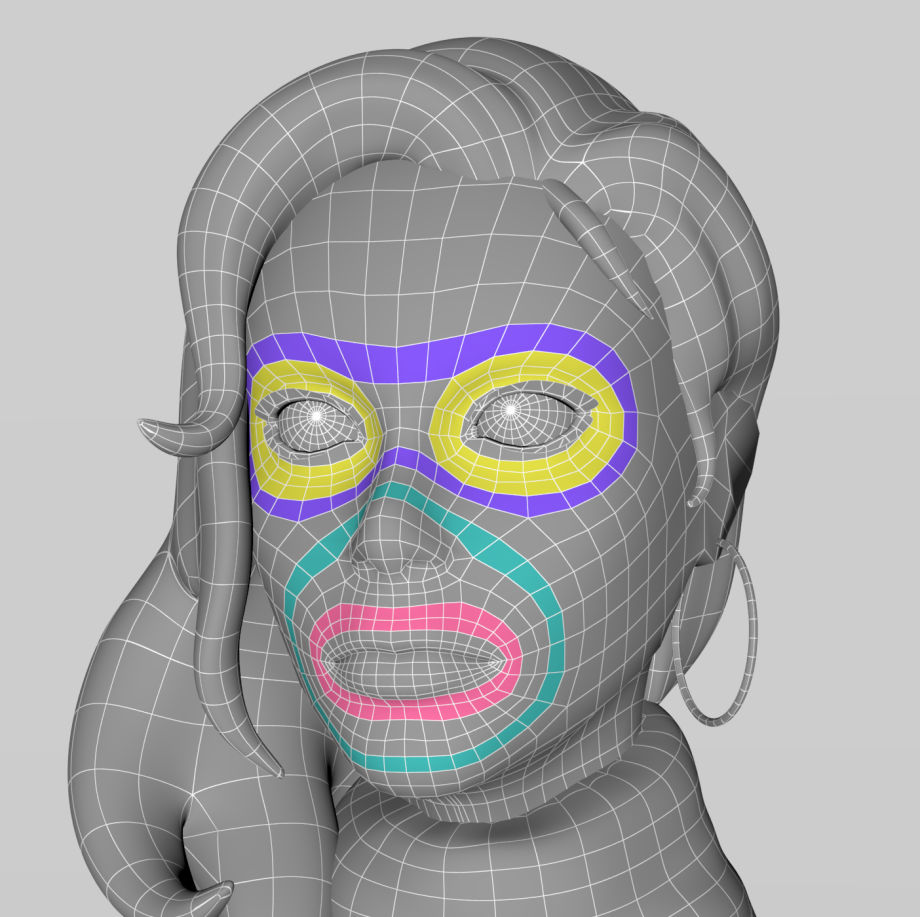 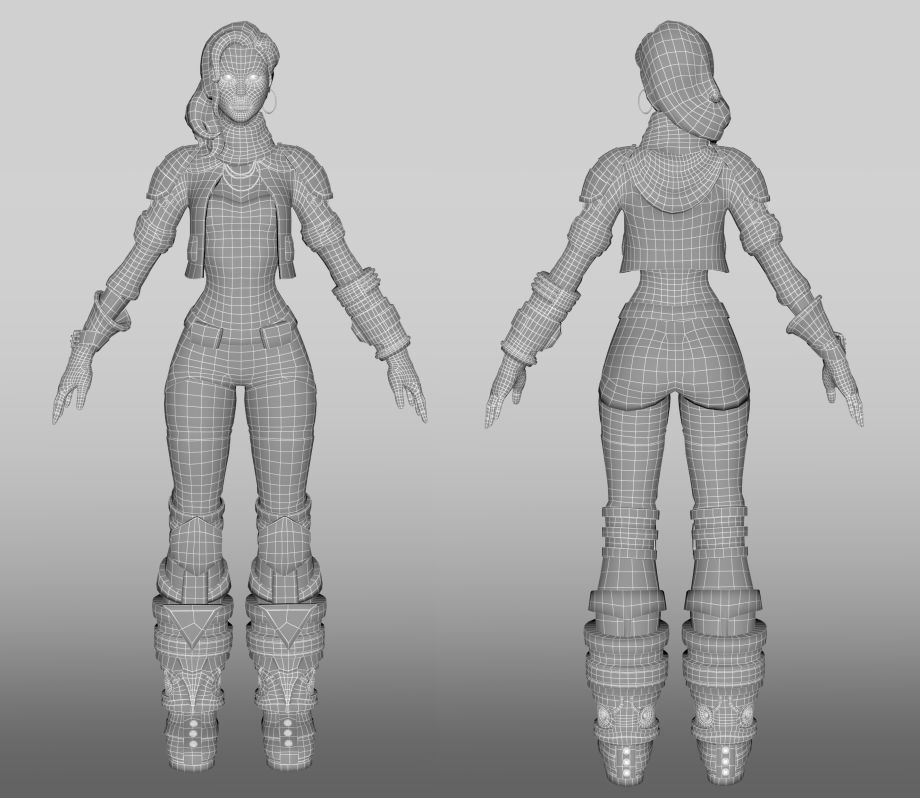 Next is time to retopo! I combine certain pieces of the sculpt during this phase based on materials and logistics. Because I gave myself a tri goal of 30-40k resolution, I was able to separate some parts that I normally would have retopo’d together for a game character of lower resolution (ex. The upper chest and arms combined with the bodysuit and upper legs). It’s best to not rush this stage, because a good sculpt with bad topology won’t live up to it’s full potential, and it will be a nightmare to rig. Compile a lot of good references for proper face paths on the head and body, be aware of which ones your character is going to need for animation. I did a very rough rig on Moonboots to test and see if I would get unwanted distortion and weird stretching at certain points, and then went back and changed some of her topo. 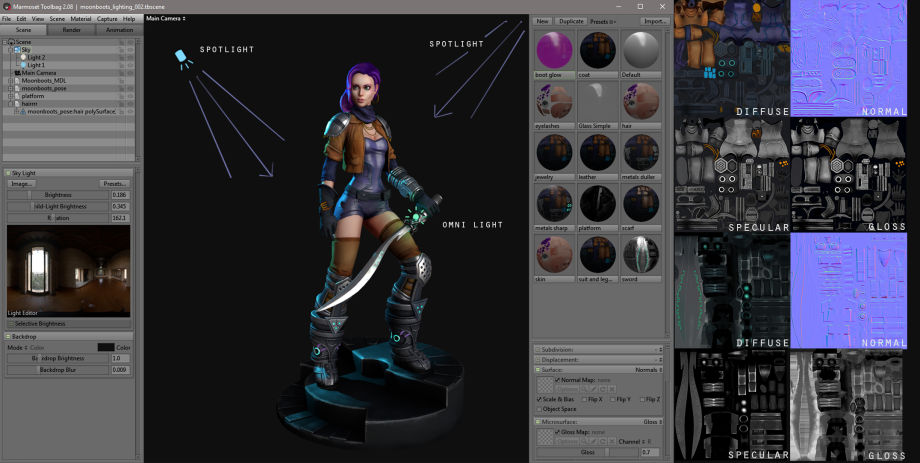 Once this stage was done, I UV’d and organized my maps in Maya based on desired resolution for certain assets and material separation. Head/hair received its own map, weapon received its own, and then clothing received another. I then baked my normals and ambient occlusion maps with Xnormal. Next, since I was going for more of a handpainted look, I painted my diffuse maps in 3D Coat. Specular and roughness maps were also painted in 3D Coat, however I also used some minor photo texture projection for scratches and wear/tear in those to subtly contrast the stylized look a bit. For rendering, I used Marmoset Toolbag and adjusted my shaders and lighting setup simultaneously. My shader construction on this piece was not complex, as I wanted to keep it very simple – I only used diffuse, specular, roughness, normal, and emissive maps. 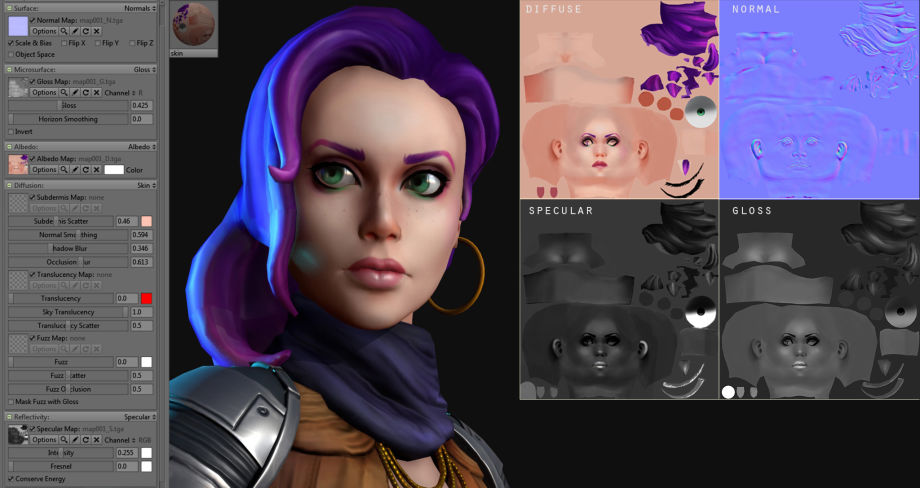 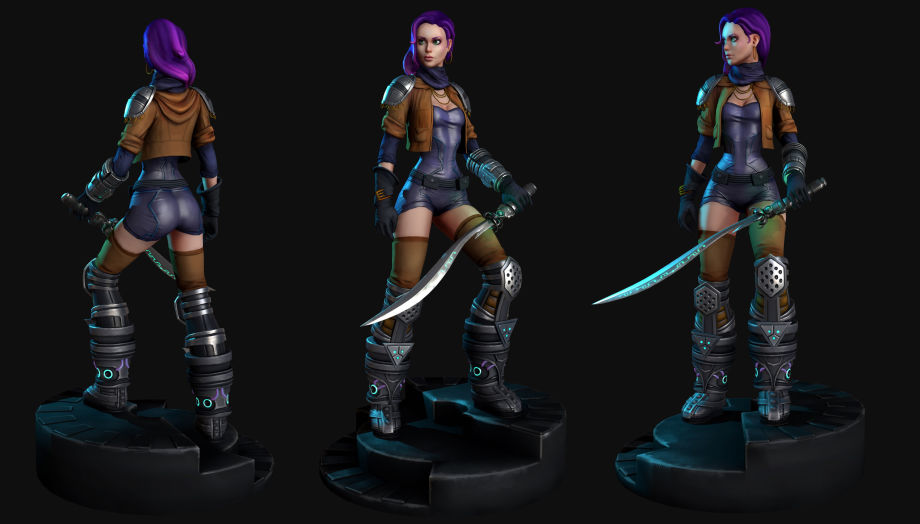 I guess it comes down to just combining certain elements of realism into a cartoon but not going too far with it – whether it be through texture or sculpting. For example on my sculpt of Nightmare, I had begun with a realistic male body with traditional anatomy. I didn’t want him to look like he jumped out of a cartoon but I also didn’t want him to look like something realistic – so I just very slowly enhanced certain features of his face, exaggerated certain muscles and lengthened the height. On characters like in Warmachine, I began with very stylized proportions in the sculpt so I infused some slight elements of realism through the textures instead. 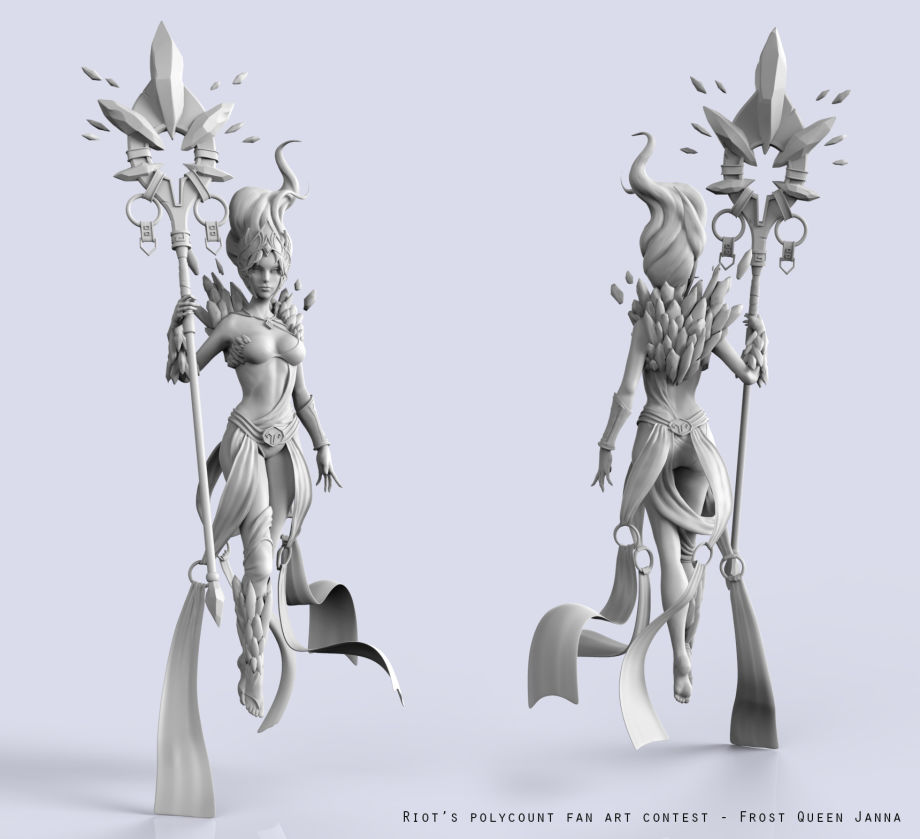 The main differences are usually just resolution. In a high poly character, I’m not limited on the amount of texture maps I can use, I don’t have to combine many objects on one UV layout. I can use extra density in the mesh, but I still generally like to keep it relatively low though for the sake of cleanliness. Topology knowledge is still the same for both, the only time it really differs is if you’re going super low resolution in a game char and you need to understand where to make sacrifices. Keeping detail in a low poly sculpt is just from the maps – a well constructed UV layout map and a clean normal and ambient occlusion bake will carry the details from the sculpt in. 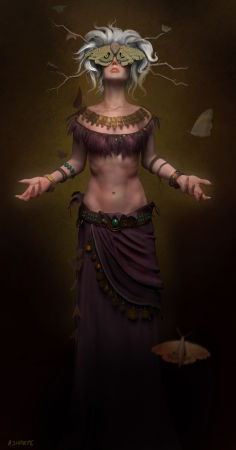 Based on a concept art by Carmen Sinek

For game characters I like to group my object UVs by material for the most part. So one corner of a map will get metals, another fabric, another leathers, etc… for high resolution I don’t have to worry about this since they all get their own maps. Getting them to look realistic or painterly just comes down to spending time on look development and understanding what they’ll be rendered in and what the limitations are. For example, on Moth Queen I used a lot of photo textures for a more realistic look for the clothing, and referenced what materials look in real life constantly. The skin was created by projecting a lot of different skin photo textures, and painting on top to create a softer whimsical look. I worked with a lot of render layers in Vray, and composited them in Nuke which gave me control over how things looked in the end. In games though, compositing and fixed light setups isn’t an option, in which case a lot more time has to be spent on constructing shaders and making sure they always look their best. It really just comes down to studying how materials behave in the real world, assuring that the normal maps contain the proper details from the sculpt and the diffuse textures, as well as just tweaking the specular/gloss/roughness maps. 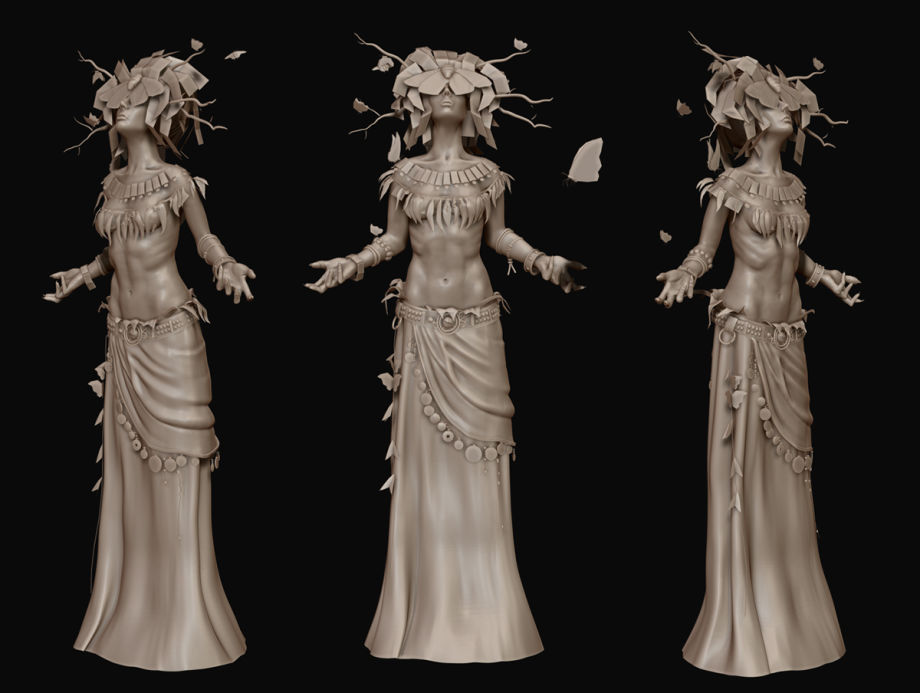 INTERVIEW WITH MAKEHUMAN: THE FUTURE OF 3D-CHARACTER CREATION TOOLS