David Shaver gave some tips on game navigation, discussed the importance of blocking out, showed how you can use gameplay to guide a player, and more in our new interview.

David Shaver gave some tips on game navigation, discussed the importance of blocking out, showed how you can use gameplay to guide a player, and more in our new interview.

Hello!  My name is David Shaver and I’m a Game Designer at Naughty Dog.  I’ve been making games professionally for almost 11 years but got my start making Commodore 64 text adventures, Doom levels, and tabletop RPG campaigns. I also worked at Respawn Entertainment, Zynga and Schell Games.  I’ve shipped many games over the years, but the most recent are UNCHARTED: The Lost Legacy, Titanfall 2, and Titanfall.

I grew up and went to college in West Virginia where I got a BS and MS in Computer Science.  I worked jobs coding business stuff but found I kept daydreaming about making games.  I tried making small games on the side but back in 2006, free engines like Unity and Unreal weren’t available.  I ended up mostly just trying to build an engine from scratch and making demos.

I started my game career at Schell Games as a Game Programmer but found that I loved game design more than coding (I still like both!).  I practiced building levels and designing games on the side which allowed me to transition to design professionally.  Now I’m at Naughty Dog designing levels for The Last of Us Part II. 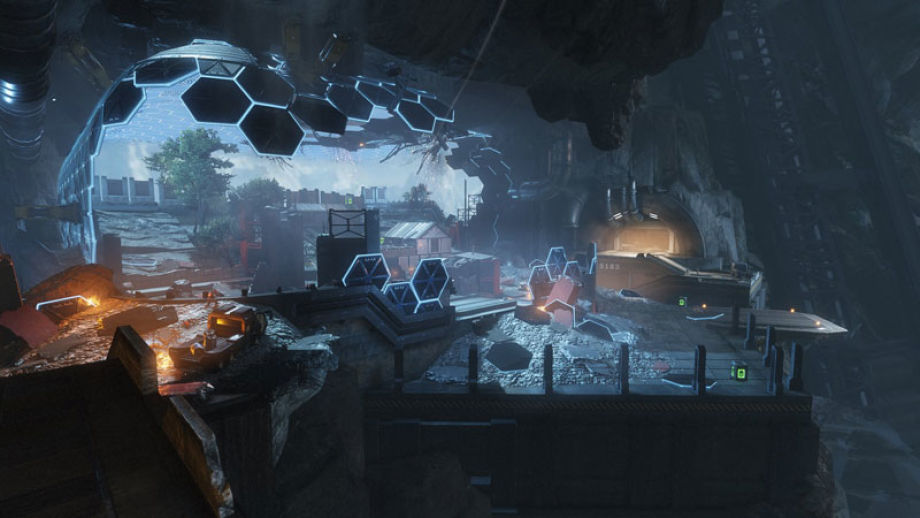 Titanfall 2 – “Into the Abyss”

Take this with a grain of salt since I’ve not worked on an open world game, but I feel like games like Witcher 3 and Horizon may not have exploration as the primary focus.  Witcher’s quests are vehicles for telling amazing stories.  Horizon focuses on awesome combat and a crafting loop.  Neither really requires players to get lost and explore too much. Those navigation aids get players to important areas quickly to experience the primary focuses of each game.

Also, Witcher 3 and Horizon are both gorgeous realistic looking open world games.  That means realistic terrain, tons of foliage, etc.  It looks AMAZING but it can blend together making it hard for things like landmarks, paths, etc. to stand out. The waypoint markers make it easier to navigate those busy environments.  By comparison to those games, the stylized world of Zelda: Breath of the Wild is pretty barren. Every rock and patch of grass stand out.  That negative space highlights things like landmarks and points of interest so you can see them from a distance, be interested, and want to go check them out.  It was fundamentally designed to encourage player curiosity and exploration rather than completing quests or fighting monsters.

Don’t forget you are free to turn off these navigation aids (in some games). I did for both Zelda and Horizon so I could really get really immersed, distraction-free. 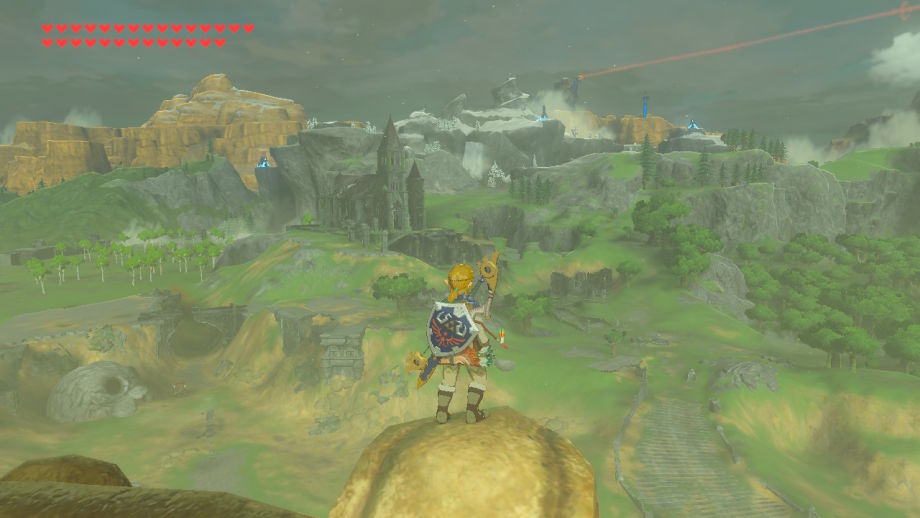 Landmarks and points of interest stand out clearly against the barren decoration.

This is pretty subjective, honestly. Some players like the simplicity of following a waypoint marker and don’t like getting lost.  I feel it really depends on the type of player and the current mindset of the player.  Some people get super immersed and go slow and read every sign and notice every detail.  Others just plow through quickly following the yellow dot because they have a huge backlog of other games to play.  Some do a mix of both depending on current mindset.  The best we can do as designers is to try to shape the world to naturally flow toward a goal and be sure to put that signage in the world for those who want to turn off the HUD marker and explore.  Also, you can add signage during early blockout phases using blocks and not textures to speed up playtesting and iteration. 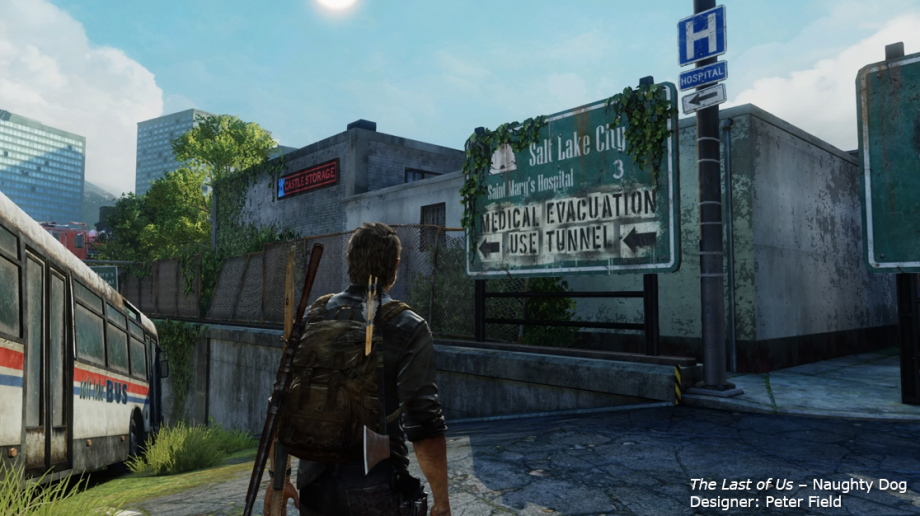 Signs point the way to the hospital. 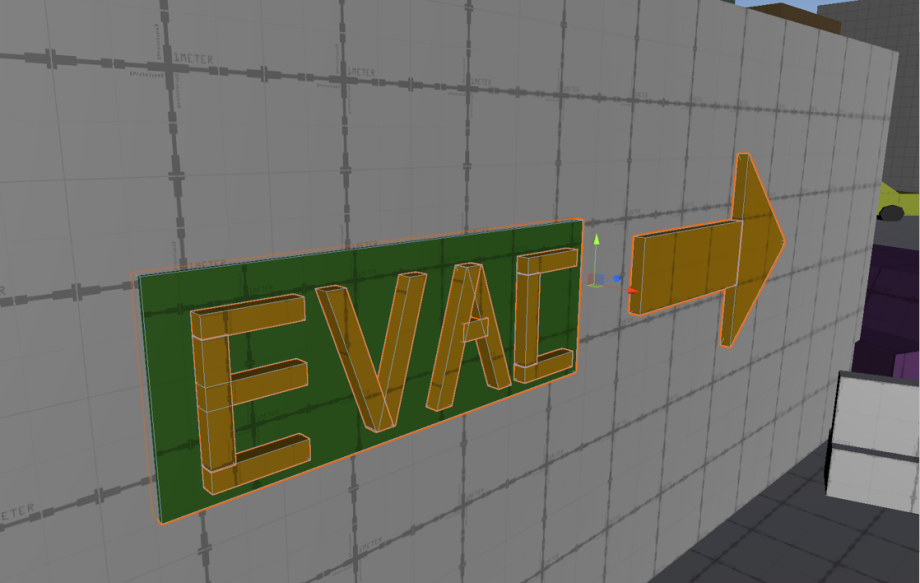 My half of the GDC 2018 talk, “Invisible Intuition: Blockmesh and Lighting Tips to Guide Players and Set the Mood” covers several principles that you can use when blocking out a level.  The video is currently behind the GDC Vault paywall, but you can get the slides and my transcript here: http://bit.ly/Shaver_GDC2018_Talk.  The biggest ones are using consistent shape and color language and shaping the level toward the goal.  Using a landmark in the distance really helps too if you can.  The biggest tool to analyze your level is to get other people to play it as early and often as possible and iterate quickly.  All the stuff they do and say will change your level blockout.  The more you iterate like this, the better it will get!  Also, check out my talk because it covers 14 tips that will improve navigation! 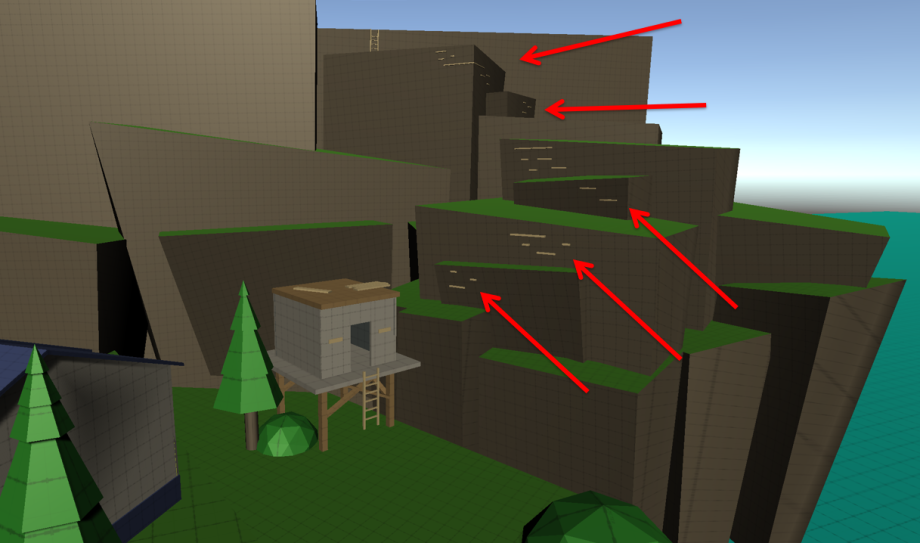 Consistent shapes and color let you know you can climb here

You can think of level design as applied game design.  That means all the game rules (mechanics) need to be in place for you to make a good level that reinforces them. If the mechanics are in flux, you will have to modify your level to accommodate the changes.

Depending on the game type, enemies can be used to attract or repel players to/from certain areas.  In a shooter, for example, players want to shoot things so they will follow the enemies to shoot them all.  In a stealth game though, players may not want to get caught so they may steer clear of heavily guarded areas.

Players are drawn to interactive things in video games so placing them around your level will attract them. Some examples are searchable crates, audio diaries, ammo pickups, collectibles, and even enemies.  This is called “breadcrumbing” and you can use it to lead players to interesting things in your level.  How many times have coins led you to new areas in a Mario game?

Ideally, your level will be shaped to funnel the player naturally to where you want them to go because breadcrumbs can be used as a crutch early in development.  It’s good practice to hold off on adding them until later because they can hide fundamental layout problems during playtests.

Pickups let you know you’re on the right path.

I feel like most modern games don’t resort to invisible walls very often, but I could be wrong. I think perhaps the reason older games like Quake and Doom didn’t seem to have this problem is that they were almost all interior corridors and rooms which have walls on all sides.  Even the wide-open areas of Doom had ceilings and visible walls around the edges, technically making it an interior.  Many games now are huge open outdoor worlds.

The key is you need to contextualize why the player can’t go somewhere.  Put a car or some rubble in the way!  Whatever fits your game’s world.  If you want players to be able to see through it but not go through it, a chain-link fence is great.  You can also use spiky looking shapes to subconsciously deter players from wanting to go to an area. 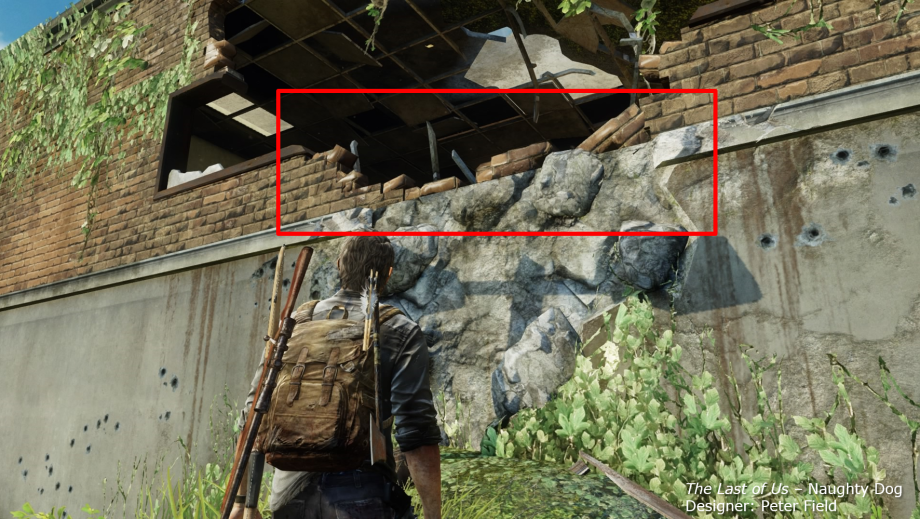 This totally depends on the game type and game mechanics, but you could limit players to only exploring certain areas at a certain time based on gates that block their way.  Metroidvanias do a great job of this.  You are free to explore, but you can’t progress into new areas until you get special upgrades or items that let you open gates to those areas.  Using this, designers can know which areas can be accessed at a given time in the player’s ability progression.  It’s really good if multiple areas are unlocked with a single upgrade so the player can choose the order they want to explore them. 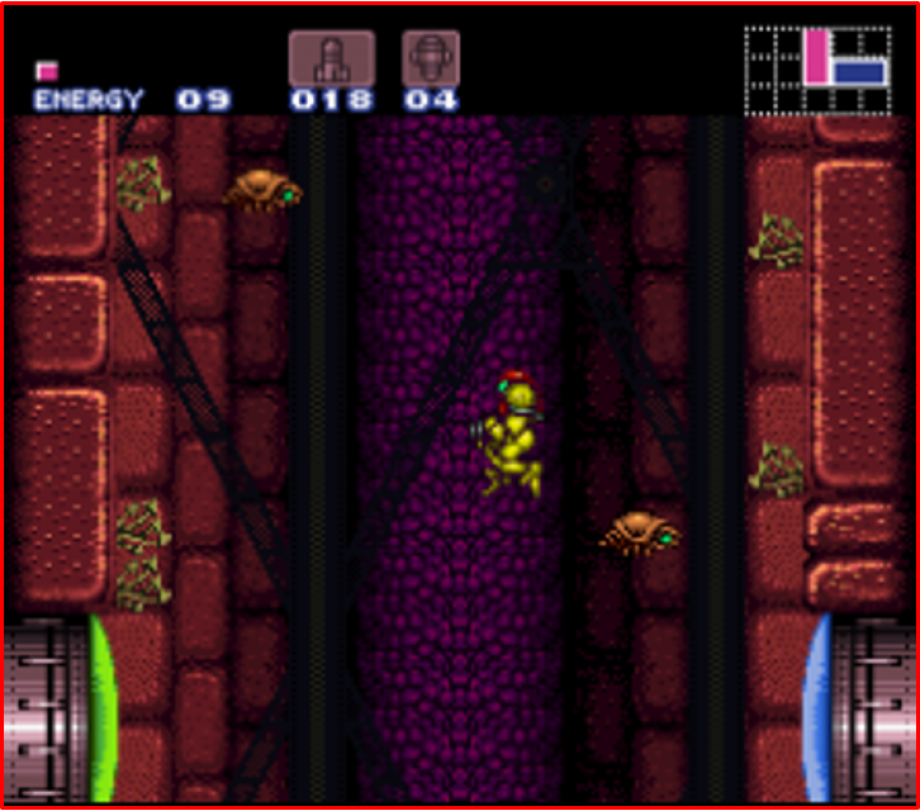 Super Metroid – You need a special weapon to open the left door.

There are tons of great videos on the GDC Vault for the Level Design Workshop over the years.
It used to be called “Level Design In a Day” a few years ago so you may need to search for that instead of “Workshop.”  Many are free on the GDC Youtube channel.