Hideo Kojima shared the new trailer of his next game and now we know, what is the name of the engine it is using.

Hideo Kojima had a very busy Game Awards 2016 ceremony. He got an award as a game development icon and also shared the next trailer of his mysterious game Death Stranding. As with the debut video, you can’t really figure out what’s going on here, but we do see some interesting stuff there. But first, have a look for yourself. My god, this is something.

The opening shot shows a bunch of dead crabs, all female and swollen with eggs. It’s kind of understandable that we are standing somewhere near the shoreline. However, as the shot progresses we see a man walk right out of the imaginary see. Before him, we see a dark tunnel and a ruined city. 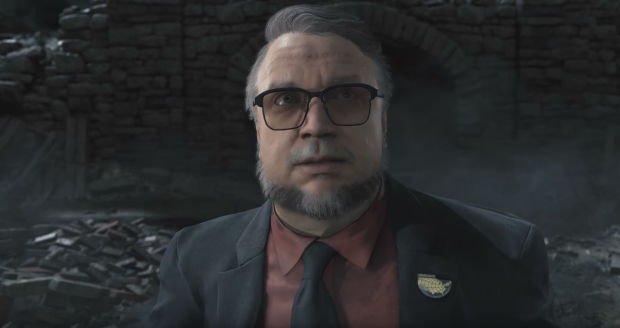 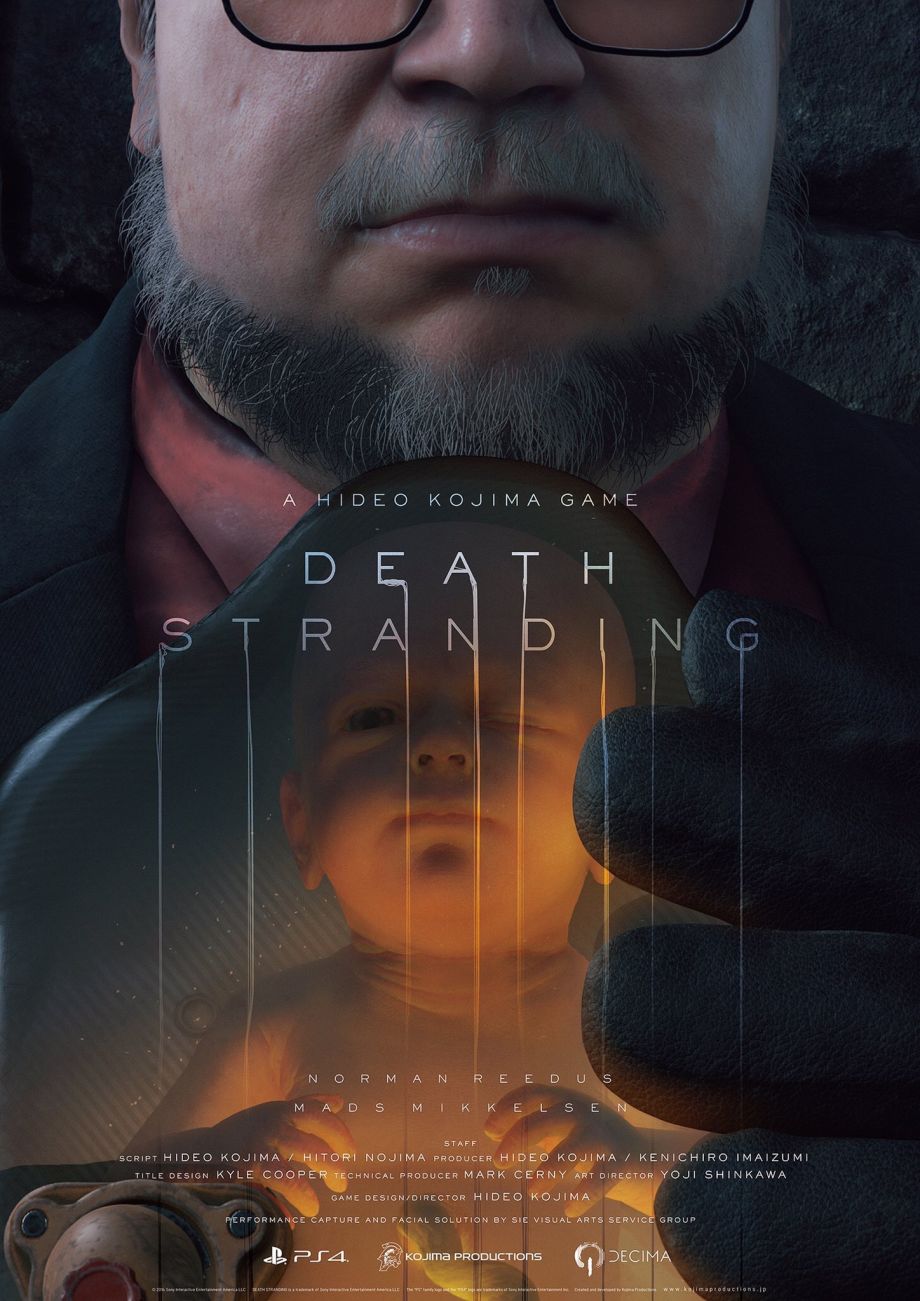 Guillermo del To is a big friend of Hideo Kojima.

The man turns around to watch the planes flying above him and we see that it’s Guillermo del Toro – director of some of the spookiest feature films. Attentive users on Reddit noticed that he actually has a scar on his forehead. Seems like someone was doing smth with his brain. He’s wearing a suit and some unrecognizable badge with the name Bridges and a web spreading along US (it actually says United Cities of America). DelToro is actually not mentioned in the credits of the trailer. Instead, Norman Reedus is stated there. This led some fans to believe that this trailer takes place in the alternative universe, where DelToro is Reedus. Whooooah. 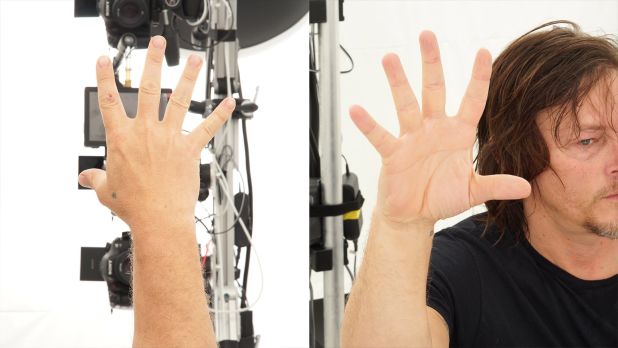 The man hides inside the dark passage under the bridge and then some strange stuff starts to happen. We see a huge tank (M36 Tank Destroyer, an American tank destroyer used in 1944 and 1945), sort of infested with some strange organic substance. The tank looks like it was made by zombies. There are pieces of gore on its armore plates, there are bones, which substitute ladders. 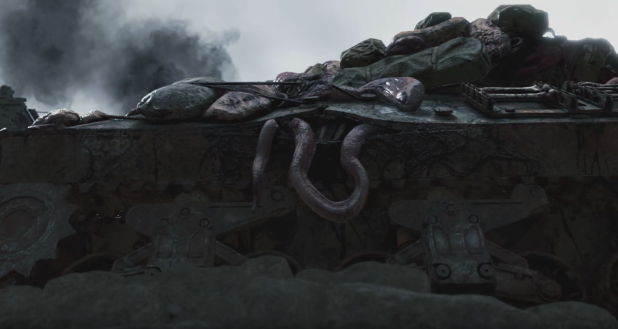 Then we see zombies, who were US marines in the past. At least that’s my theory. They are marching somewhere, while the black goo is pouring down the cracks of the bridge. DelToro is obviously scared. 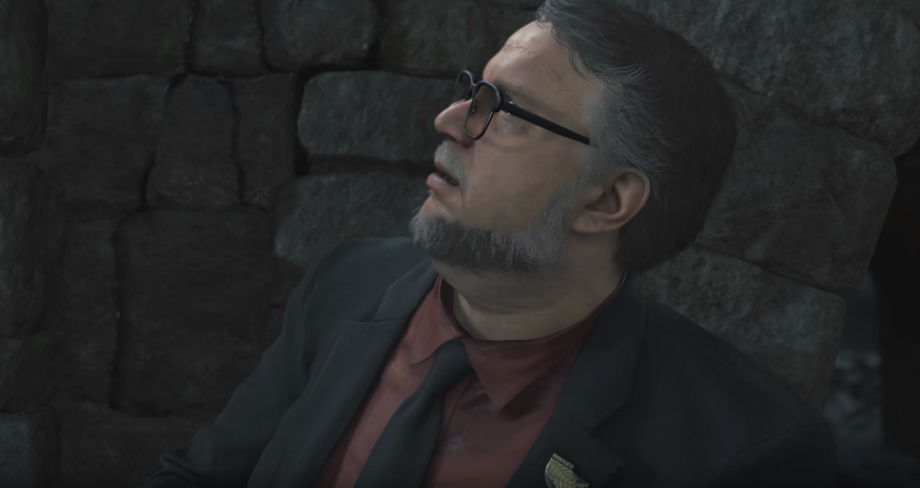 The water is rising and he suddenly plugs a hose into the small container he’s carrying in his hands. Inside the container we see a child. Then we see a character of Mads Mikkelsen. 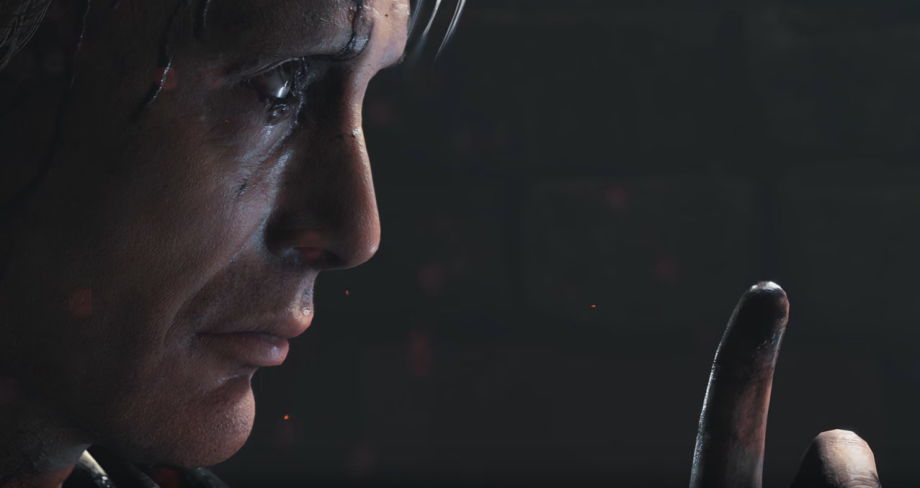 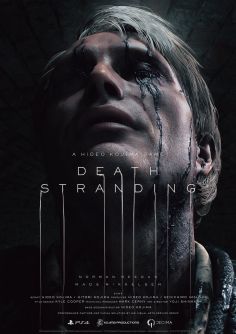 Design-wise it’s absolute genius. You can’t figure out what’s going on, but there’s already tons of comments on Reddit and it’s really interesting to check out all those theories. What’s more interesting to us is that Death Stranding’s technical producer is Mark Cerny, who served as the architect of PlayStation 4 and the director of Knack (although we do wish to forget about this game). This means that Kojima has access to some of the most powerful technologies of Sony Computer Entertainment. Yesterday Michael Förtsch (a journalist from Germany, who works with Zeit, Spiegel and other credible papers) claimed, that he knows the name of the Death Stranding’s engine. It’s supposedly called Decima! The engine itself is a modified version of the technology used to build Infamous Second Son by Sucker Punch. Second Son is one of the most beautiful games on the platform, so we’re pretty sure that Kojima’s next game is going to have a lot of open spaces, urban landscapes and amazing action and nanomachines. This is just our forecast. After all, just like John Snow, we know absolutely nothing. Death Stranding will be available for PS4 and PC.