Pekka, also known as genoopa in the community, dived into the production process of his race mods for GTA V, shares his story of getting into the GTA world and GTA creators community, and discussed main challenges he faces while working on the mods.

I am Pekka, my gamer tag is geenopa. I come from the Netherlands. I am a freelance designer, mainly furniture and products. Designing is my passion made into my trade. When you design professionally, passion tends to make its way for the trade.  In the GTA creator, I still have pure freedom. No one is looking over my shoulder. It's also similar in a way to my work. I have an idea, make it tangible. I demonstrate my idea to the user/manufacturer and get feedback/success/failure. Creating in GTA reduces this process to a day or two. In my work, this can take months or a year.

I have been playing GTA since I was 14. Many versions and years later, I rediscovered the game and was immediately drawn in by the fact that GTA now has a creator mode. I am not much of a gamer. I create mostly when online. And I create only races. Some stunt races, some banger races. Mostly GP's. In the same way, I have been involved in weekly Photoshop contests online and other creative challenges involving buttons and screens.

When I opened GTA5 on PS3, the creator was very limited. 50 props, simple shipping containers, barriers tire stacks, etc., and no way of controlling precisely how they were placed unless you were one of the experts back then. I didn't become an expert until PS4, and the new stunt creator was released. Suddenly, we had road props in all shapes, ramps, barriers, billboards. So instead of being limited to the existing roads on the GTA map, we could now lay our own roads anywhere. My goal was to make scenic races through all areas of the map where you couldn't take a racecar before. The only way you would see these places was by boat or on foot/ bike.

There are various mountains in the GTA world. Most of them have existing roads on the map going around and upon them. The biggest mountain in GTA, Mount Chiliad had only footpaths. The first thing I built with the stunt props was Mt Chiliad Highway North. There was now a way to race up the biggest mountain on a twisty road with hairpins and daunting cliffs if you missed a turn. This race has been rebuilt 3 times now. It is also the race with the most plays. Going from very rough and bumpy, to the smooth rollercoaster, it is now. As you build more tracks, you learn how to manipulate the road props and fold them around the cliffside. Massaging road props into the landscape has been the red line through all my creations since then. Ideally, my races should look like they had always been there. But this is impossible with the current props we have. The props we have, contrast strongly with the map. They are brightly colored and way over scaled in most cases. 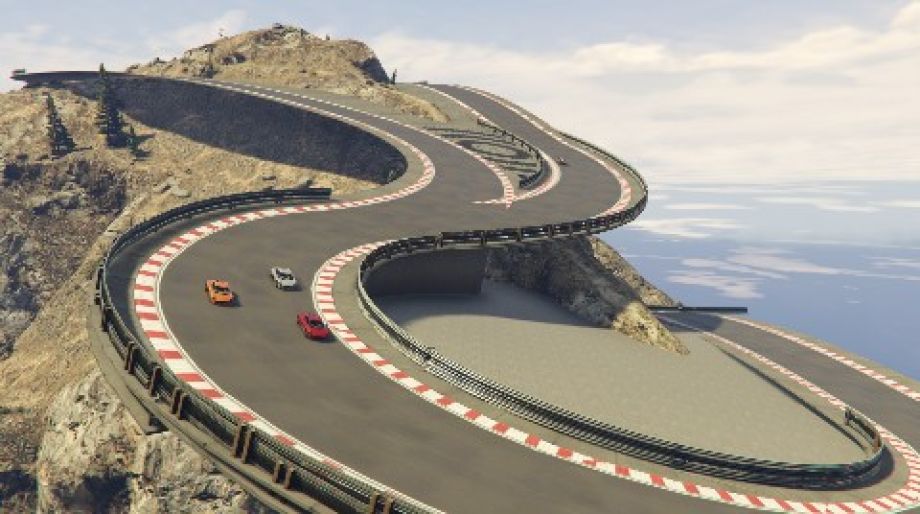 Sometimes, it revolves around a characteristic of a certain prop or function or gimmick in the creator.

Example 1: We have air race inflatable pylons. When you hit them, they disintegrate in a rain of little particles. Confitty is made around this principle. I buried 98% of the pylon, leaving only the very top exposed. Every time a pylon is driven over, it releases a bunch of particles.

Example 2: We have speed boost props in the creator. They give the car a speed boost when it's being driven over. In the game, we have NPC pedestrians and NPC traffic as well. Playing around, I discovered that the NPC traffic also reacts to the speed boosts. Not just the player's cars. This is how Autobahn was conceived.

Sometimes, the race idea is given by locations on the map. Like I said before, I like to lay racetracks through the most scenic spots on the map.

And then there are the random brainfarts playing around with props can lead to some funny ideas like Canalparty (a skate park for supercars) or Glacier Glider (a crazy downhill race for offroad trucks down a glacier of mt chiliad). 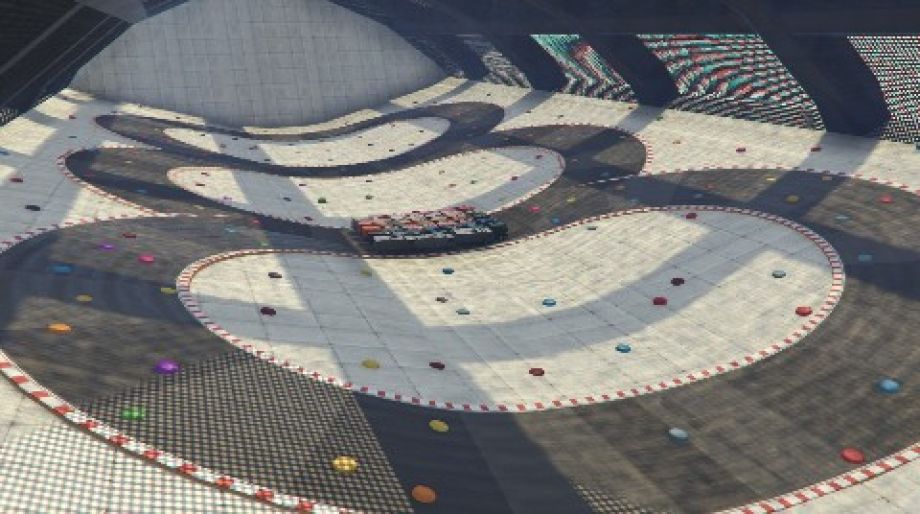 My scenic races that are embedded into the map are the most popular. I look for such a scenic area and slap down some checkpoints to lay out the route. I lay down the track piece by piece, keeping in mind a list of rules I have set for myself. These ensure a smooth road that feels predictable for the racer. I want my track to be as close to the GTA surface as possible to get the embedded look. I don't actually make the shape of the track. The landscape guides me, I follow.

I follow existing paths or roads and pave them with asphalt. That way, I have a clear path for my props without trees or lampposts ending up in the middle of my track. Trees can not be removed from the landscape. So the track must go over or around. There are a lot of creators who don't want anything to do with the landscape. They build a floor up in the air and build their race on top of that. That makes for plastic-looking tracks with no soul. But it does make building a track much easier.

As for making a scene lighter, we can choose the weather and the time of day when the race will take place. The wind farm circuit is a night race. rockstar has done a great job of keeping visibility good. even in the dark. For a night race, I like to add some lighting to corners, so they are easier to read in the dark.

Textures are on Rockstar. The level of detail is insane: patched roads, tire marks in corners, crumbling curbs. The GTA map is based on LA and its surroundings. You will actually find these worn-down asphalt roads in the real city of LA. 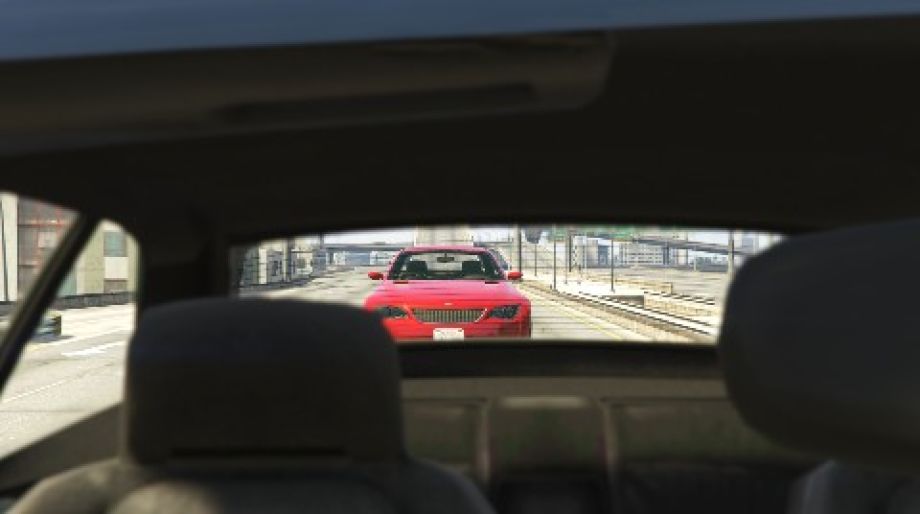 Optimizing the content so players will actually bookmark your races from Rockstar social club and play them comes down to presentation. A picture says more than 1000 words. So I take my time taking a job picture which sums up the gist of the race. In a scenic race, I will show off the prettiest corner. Add a few cars to make it more alive. I see a lot of creators that show their entire track in the job picture. I don't think that works well for getting the feeling of the track across and luring people in.

Also, a good title and description are important. Players will often search for certain keywords. So I make sure these are present. Adding search tags to your job is often overlooked but these will increase traffic to your jobs by 25%.

When players bookmark a job on Rockstar social club, it is added to the list of bookmarked jobs on the PS4. The list can get very long, and there is no way of filtering. To make sure all bookmarks from my races are bunched together in the list, I use a Ğ as the first character in all my titles. Most creators start the title of their job with a tag for that reason.

Optimizing the content itself works mainly through YouTube videos of events. I look at every video I can find of my jobs. It is my form of feedback. If 3 people crash in the same corner, maybe the corner needs some work. Maybe the checkpoint is not pointing the right way. This is a constant process. Now and then I will get pointers from crew members as we do actively support each other. 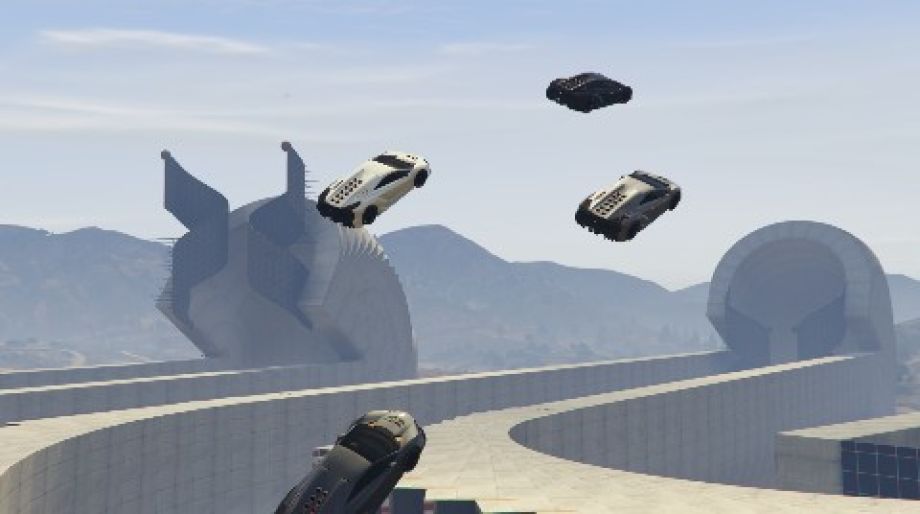 Challenges I enjoy are setting an ambitious goal as I did in Oval Calzone (made under a friend's account who had early access to F1 job creators) technically this was a nightmare to make. Not even sure if it's that great to race. I have made a number of Ovals and banked speedways. Technically, this was a nightmare to make without templates. If it's too easy, where is the fun in that? We used to have a template function in the creator. You could link props together to make templates. This was a huge step forward for the more experienced creators. Unfortunately, this template function was misused by modders to cheat in the game ( don't ask me how), and Rockstar took away the template functionality. So now we are back to sticks and stones. Or that's what it feels like. This was the proverbial drop for a large number of creators. They have left the game because of this. (as of yesterday and the latest updates, templates are back. This has been received very well by the community) 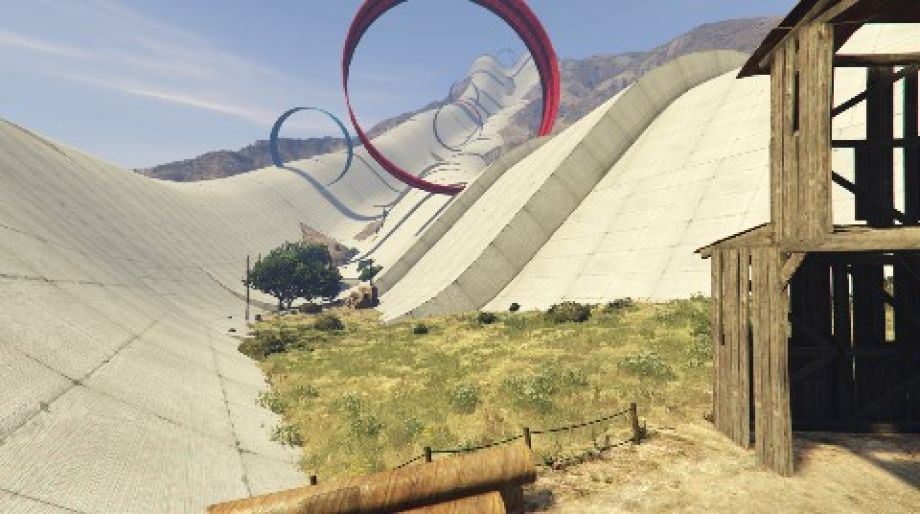 This brings me to the challenges I hate. as beautiful as GTA is, it's riddled with faults, errors, blue screens, and limitations that make no sense. It has happened numerous times that I have worked on a job for hours, only to suddenly see a blue screen and knowing I will have to do everything all over again. Or the time that Rockstar exchanged all my 90-degree corner props for blue barrier props. In all my races! That took me a full week of editing to undo. There is no autosave and no back button like you have on many editing programs. It's all very rudimentary.  It's a shame that Rockstar has not fixed their game to function properly even after 7 years. With every update to the game, new missions and real estate and vehicles are introduced. Mainly to entice people into spending in-game dollars/buy shark cards(real money buys GTA money for in-game purchases). I wish they would skip those and fix what's already out there. It's not just creator, the online multiplayer job-lobbies don't work. Not enough invites are sent out and the matchmaking function doesn't work at all. The only way you can play multiplayer online races is with friends and crews.

Google can help you find many solutions to problems you get into in the creator. In the beginning, almost every Google search would lead me to the GCCC forum (GTA content creator crew) I joined the GCCC crew on PS3, and it has been my main crew ever since. I was a commissioner and host for crew events in the past but stepped down a while ago. You can join up to 5 crews in GTA5. Each crew has a certain theme: creators, racers, gunmen, snapmatic artists, etc. The GCCC forum is the place where we submit our new creations to be played in one of the crew events. It is where we ask for advice or feedback, share tricks, and tips. Warn each other about new glitches. Announce upcoming events and so on. GCCC is a very active community with 1 or 2 events every day. Our crew motto is Create, Share, Play. Being a part of a community has added a whole new dimension to the game for me.

We also have a voting system at GCCC. Polls are linked to events to verify jobs that stand out. These verified jobs are showcased on the forum. It's a recognition of your work by the best creators around, and new players can find the best jobs easily this way. If anything can be improved to this community, it would be getting more active creators. Incredibly the game is still alive and kicking after 7 years.