Andres Rodriguez discusses the blocking process and explains how to get the most from this vital step in the environment creation process.

Video game world building is an increasingly complex process – one that demands designers think big before fashioning the fine detail that will ultimately enable the creation of truly immersive and interactive levels. Seasoned Naughty Dog environment artist and CGMA mentor Andres Rodriguez discusses the blocking process and explains how to get the most from this vital step in the environment creation process. 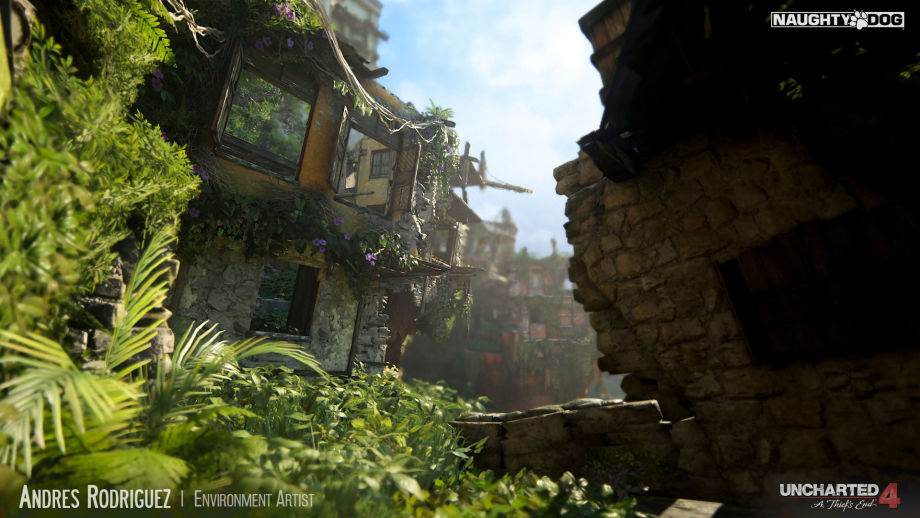 “Creating a good blockmesh is one of the most important pillars of creating a compelling and effective level, because it allows for quick iteration of the environment. Composition is one of the many elements that really benefit from iteration and fine tuning. When looking at a 3D world it’s important to move through the space and check the framing that we are creating for the viewer as they explore the environment. This will allow you to use composition as a tool that can help you accentuate important features, such as the right path for the player, areas of particular interest, or key shots for story exposition. Creating a good blockmesh is not only good for artistic reasons, but also to quickly test if the shapes and visual language translate effectively into clear gameplay. When creating game levels it is important to create a level that is aesthetically pleasing but never at the expense of gameplay clarity or at the risk of confusing the player.”

Design for brains as well as beauty

“A good level blockout won’t just have aesthetic considerations, but will also be mindful of gameplay. If the player needs to tackle a puzzle, all the elements needed to solve the challenge must be presented in a clear and elegant way. This also applies for when trying to differentiate the main path, from optional routes, or when trying to deter the player from going somewhere they are not supposed to. Framing paths, clearing up areas or adding high contrast will make areas much more inviting for the player, allowing us to control their flow through the level. Another thing to keep is mind is the difference between combat and non-combat scenarios. When the player is entering a combat space it imperative that they understand how to interact with the level in front of them, like which pieces are covered and which are not. This means being extra careful when highlighting entrances, exits, cover points, different elevation platforms throughout the level, and so on.”

Consider the role of blocking within the whole pipeline

“Blocking in environments is one of the first steps in creating a level. This is usually made by a designer, who is creating a space that helps them achieve the gameplay goal. This could involve creating a nice lead-up to a bridge the player needs to cross, for example. After that it’s up to the artist to take the level and convert that block mesh into something that works both aesthetically and in service of the gameplay. A lot of times this will involve a lot of edits and changes to the original designer-created blockmesh. This is why it is very important to have a close communication between artist and designer, enabling compromises to be made between both of the visions for the level. This process will generally require a good amount of iteration, but it’s key to develop an effective level, and to try to catch big flaws early. Lighting also plays a huge role in the final look of the level and how the shapes we are creating will read in the environment. For this reason it’s often recommended to add some rough lighting as early in the process as possible and to keep that in mind when moving forward with the level. This will allow the artist and designer to create contrast in sections, and also carve out areas of light and dark, using that as another element with which to direct the player throughout the level.”