Maxime Lebel talked about the development of his game Immortal Struggle in Unity.

My name is Maxime Lebel, I’m a solo developer from the eastern part of Canada, the province of Quebec near Montreal. Immortal Struggle is one of my dreams I had when I was younger. I started making small games and learning about game development when I was 15. I remember using RPG Maker 2003 and making some small games with it. At that time, I had no internet at home, so I had to buy a floppy disk, go to the library in my small town and get access to the internet to download, for example, new content for RPG Maker and come back home to continue working.

I started learning Unity 3D and some programming during my free time, but after some time I felt I needed to learn more. So, I bought some course on Udemy.

One day I thought, why not start with an easy project and make an online game? After scripting a couple of things and having fun, I was able to make a small game that I shared with my friends. Then I found Atavism which is a Unity addon that helps you to make MMORPGs alone or in a team. In the beginning, I wasn’t really sure about that as all the Atavism games looked the same, but when I started learning it I found out that Atavism could help me make a real MMORPG all by myself and customize it how I want.

I started spending twelve hours a day in it, adding new animations, mobs, creating items, testing some combat systems, new scripts, making new environments, quests, dungeons, and so on. Eventually, that little adventure led me to where I am now.

About Immortal Struggle & Its Development

Immortal Struggle is an MMORPG that brings together players looking for adventure and action in one place. The game itself lets you choose one of three classes at the start. Later on, when you hit level 30, you get to choose one more class out of three.

A Mage can become:

A Warrior can become:

An Archer can become: 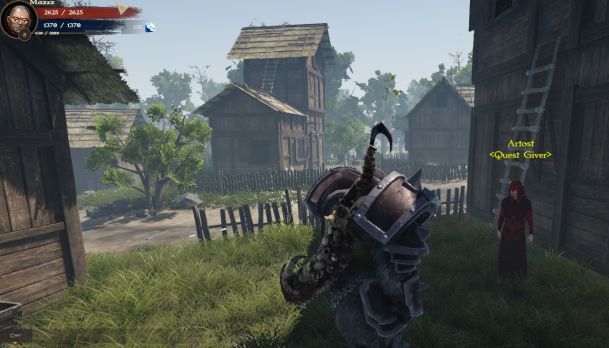 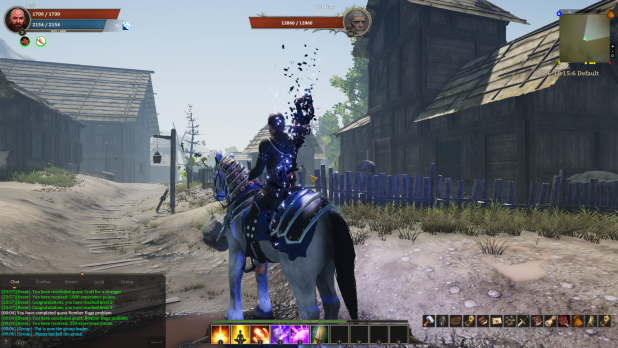 However, in Immortal Struggle, you are not stuck with your class. For example, you can change your weapon whenever you want – one day you can decide to be an archer dealing huge DPS and the next day raid with your friends as a healer. This way you won’t have to deal with all the problems related to queueing and matchmaking.

But that’s not the end of all the unconventional elements prepared for you. You’ll also be able to combine the skills of both your weapon and armor. For example, it is possible to replace your entire linen armor or only a few pieces with plate counterparts. The result will significantly raise the parameters of your defense and allow you to sustain more attacks. I’m encouraging you to build unusual combinations and work out which model is most suitable for you.

For now, I focus a lot on the combat systems. I don’t want to waste too much time on quests as there’re already quite many quests in the game. I want to make the core of the game as great as possible, with fun gameplay, good animations, and immersive combat experience. Everyone knows that an MMORPG with a bad combat system is no good.  All the rest basic features like gathering, mining, skinning, guild and friend systems, trading, etc. are ready, so I can focus on the combat which will be a targeting system.

At the moment, there’s no game store, pay-to-win, only cosmetics. The game also has a premium currency that can be got by killing mobs or doing quests.

But a real killer is the housing system: you will be able to build your own house. Yes, there will be a big city full of houses made by players where you can find friends and have a beer. The social aspect and players’ interactions will be a big part of Immortal Struggle.

The world of Immortal Struggle is made of many visuals inspired by what I see in life, other videogames, pictures, wallpapers, etc. in combination with my imagination. Sometimes, I recreated the images part by part, then change something, and continue the process.

All the dungeons are procedural – when you enter a dungeon you will never get the same thing. They are generated to fit the environment, for example, if you are in a forest, the dungeon there will have some forest elements. All the dungeons are made with Dungeon Architect that can be found on the Unity Asset Store.

Raids are not random but you won’t need any special gear score or a level to enter. You will just need your brain, friends, and the hope that you are strong enough for the raid. Nothing will stop you to try it. The raid system is made out of scripts from Atavism Community and my friends. 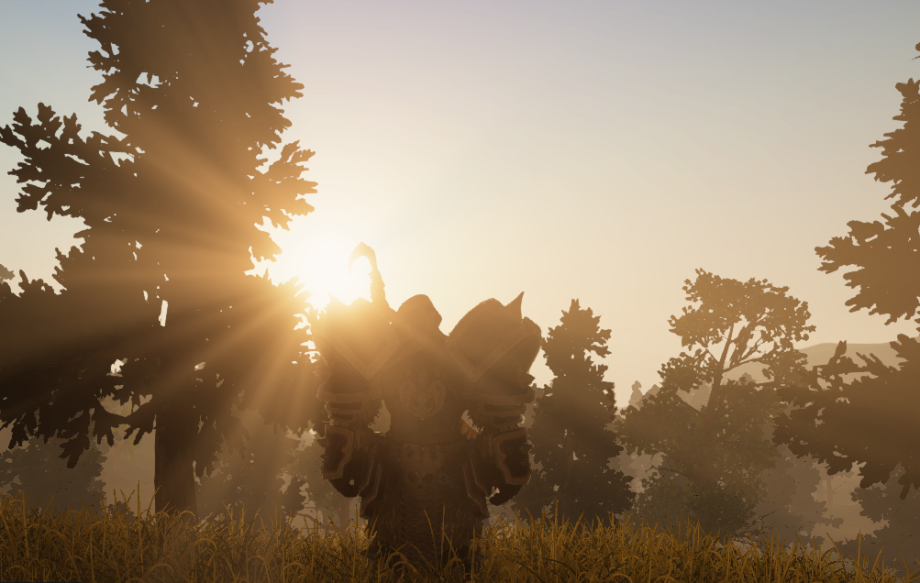 I use a lot of medieval assets and each square of the map is made by hand. I look for some pictures on the internet and check if they can be useful though most of the ideas come from my mind. For example, if I want a castle, I ask myself how I can make one. I start looking on the internet for some ideas until something catches my eye. Then I make a castle. Right now, I’m working on a desert and all the stuff there will be focused on a medieval one. I use a lot of different themes: desert, mountain, rock, forest, etc.

Some assets are taken from the Asset Store or other websites like TurboSquid. Though I try not to spend all my money on those, so I use free assets most of the time. As I want to make everything look different, I try to change the assets as much as I can to make them look unique.

Unity will always be my first choice for solo development because it provides a lot of help and allows you to push the graphics to the max. Sometimes, when you put enough effort into your project, it can turn out even more beautiful than in Unreal. And with the next update coming I can’t stop thinking about the way my game will look like in 2020 when I finish it. 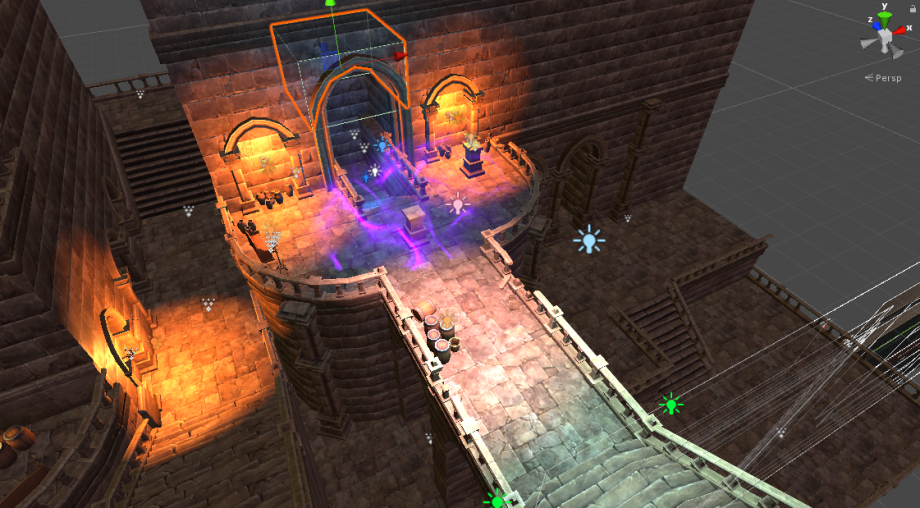 The economic system is a real challenge right now. I have a lot of stuff, so I need to follow what I have item by item in an excel sheet: how you can get it, what’s the selling price, what’s the buying price, the crafting resources needed, the price of every resource, etc. Sometimes it looks like a real maze, but I got my ways to do it. Every item needs to correspond with the resources needed and the crafting recipe. Plus, there’s an auction house, too.

However, the biggest concern I have right now is what people will think about the game. To tell the truth, I have got one chance to make this game so it takes all the passion, time and love I’ve got to make it the way I want it to be. My grandfather always tells me: hard work will pay someday.

I want to thank all of you from the bottom of my heart for reading this article!