Jared Lewin was kind enough to share some details of his amazing 3d environment ‘Magnus’ Complex’.

Jared Lewin was kind enough to share some details of his amazing 3d environment ‘Magnus’ Complex’. 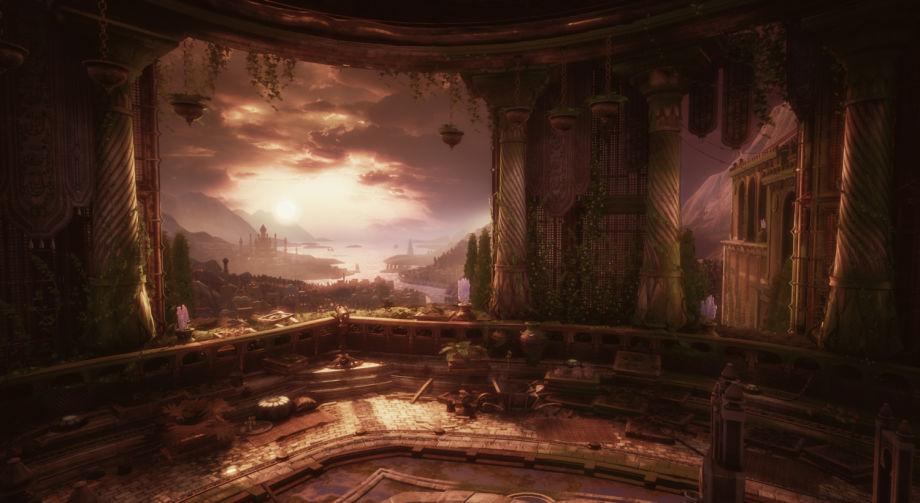 Hey, my name is Jared Lewin and I am a fantasy aficionado who is currently finishing a degree at Ringling College of Art and Design. After our last talk about my environment The Staff Maker’s Workshop, I went into a reflection period where I looked at my current body of work and  I pinpointed my weakest skillsets. Specifically, I wanted a project that would help me practice my asset design skills. After I felt like I had a good grasp on what those were I proceeded to design an environment for myself that would challenge all of these skill sets. For this environment, Magnus’ Complex, I started differently than I normally would by emphasizing asset design early on. One of the first skill sets I wanted to challenge was prop design. So at the start of this environment I started designing landmark props and meshes I felt helped define the style and space. Starting with these designs not only strengthened my 3D knowledge but also helped me create an incredibly polished product that shows my continued growth as an artist. 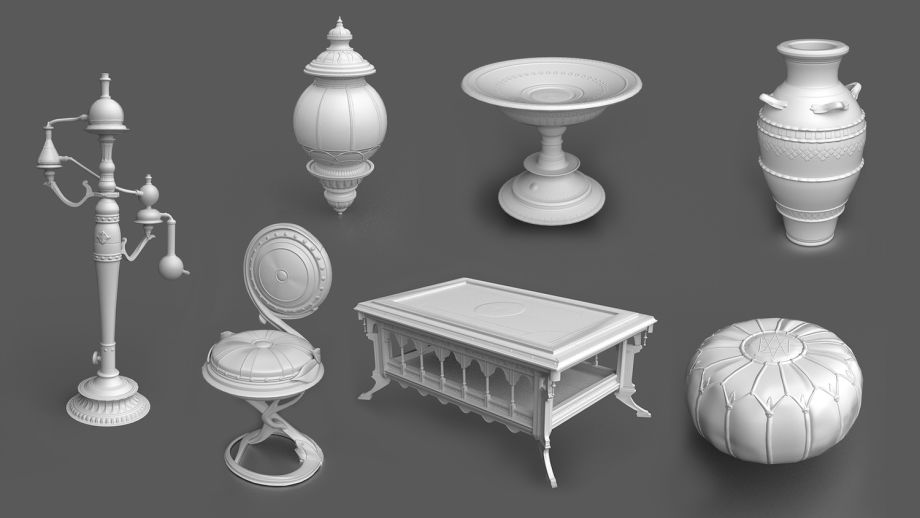 The other thing I did at the beginning of this project was some fast 2D Pre-Production work to help figure out the style of the world. This was all rough enough to allow for heavy iteration. It was important not to become attached to anything. 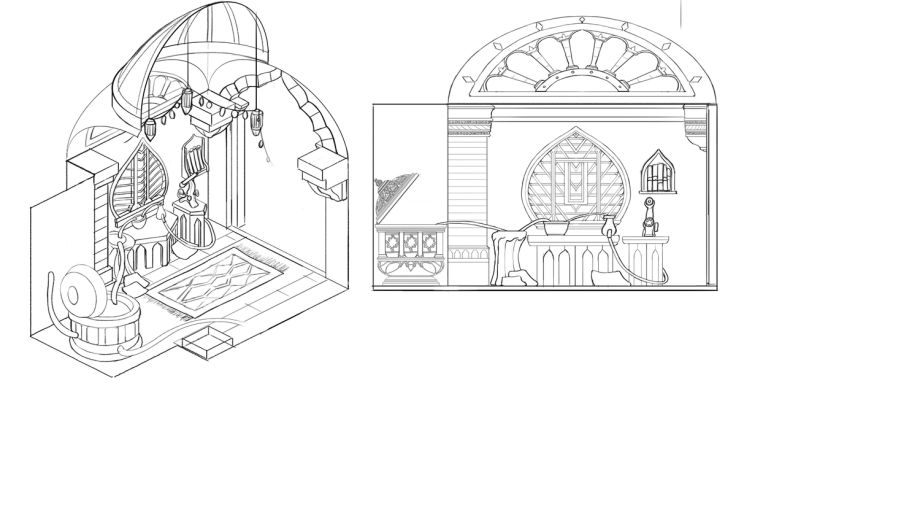 This was happening at the same time I was doing look development and research for the real-life influence. For me the most important part of this is always reference boards and visual targets. I don’t always end up using all of the reference I find but it’s important to have a strong library of real-world reference to pull from. I have folders on Google Drive that are overflowing with every single cool image I’ve ever come across that pertains to this world. There’s really nothing better than finding an image of what’s behind an old temple wall or the seams in a giant stone statue. These sort of images that let you know how things are made are like gold and a completely invaluable part of my process. As you can see in my reference board I don’t necessarily have a lot of these images though. The reference board for me was much more about capturing the mood. I really wanted to replicate some feeling from older paintings of Eastern environments as well as the colors and decorative wonders of Eastern furnishing design but combine it with modern day fantasy trends. 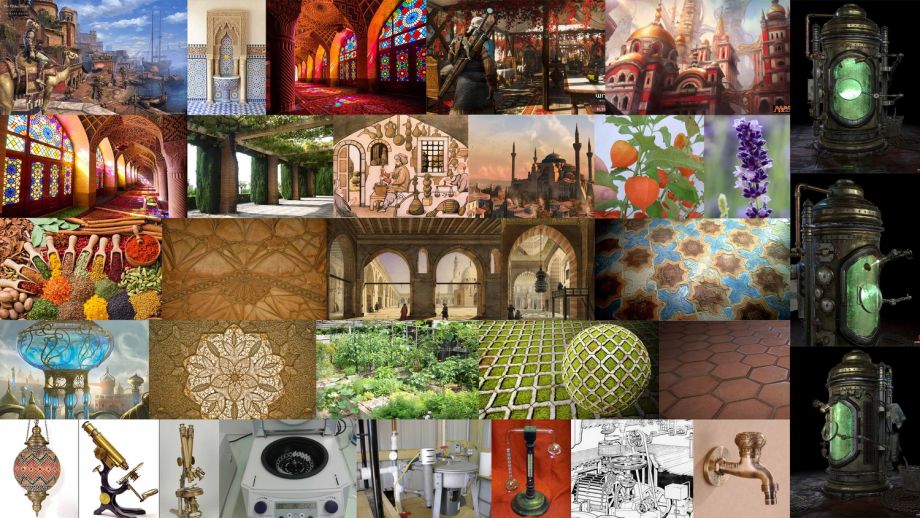 I do think that this helped a lot but I as I said before the thing that really pushed this project to the next level was my experimental prop design. It was a very new process for me and I think that I will definitely be using it again in the future. For example one of my earliest prop designs was a chair. Thinking about how the chair was made, wherethe supplies came from, was it brought from another land maybe, how old was it, all of these details started to help me write some rules for the world. The stronger these rules got the more cohesive the image became in my mind  and in my level.

For this project, the interior was my main priority. I really wanted to focus on making the space feel very believable. To achieve this I had to really make sure the interior was as strong as it could be. To start I started sketching the bones of the building. I wanted to build it from the ground up so that I knew how everything would be built, even if it wouldn’t all necessarily be seen. 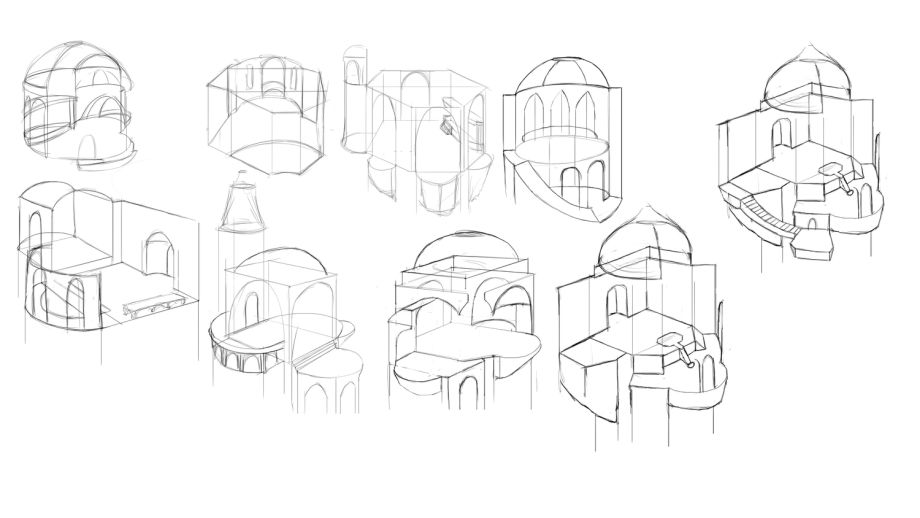 While this was a great starting point, a lot of the interior was actually solved through writing to support the drawings. I wanted everything to built off history and logic. For example, while doing research I kept finding examples of buildings that had extremely interesting design choices because of when owners would change. So for me I figured out who would’ve owned the land, who originally built this structure, if this owner now was someone who had bought it or moved in, and what would they have renovated. A lot this affected the style and type of structures in this environment. So the owner now, Magnus, would not be the original owner of this building. When he does take the building though he renovates certain parts with styles more from his own timeline. Some parts though are larger and older and remain untouched, or maybe painted over. So this way we have architectural elements that are older, like how the ceilings are constructed, and the supports on the balcony area, but then we some floor tiles and stucco walls that have recently been taking care of, at least relatively. I know that might seem a little confusing, but in the end it ended up with drawings like this. Each of these early designs come from the stories I had for the space and eventually led to the elements you saw in level. 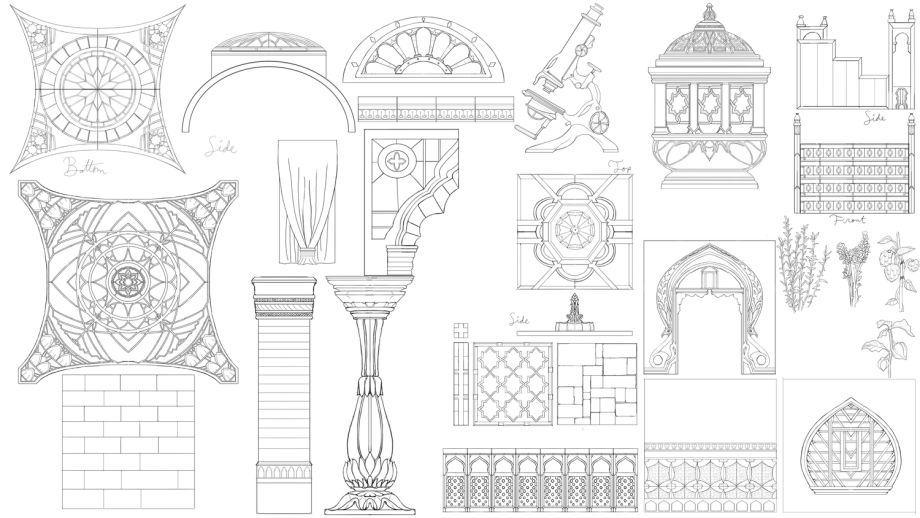 So the props for me are an extremely fun part. They say a lot about who occupies the space and so much more. I tried to approach every prop with story at the forefront. For example, when making bottles I ask myself, how long have these bottles been in use, how many people are using them, would the owner want them to be fancier because they reflect on who they are? 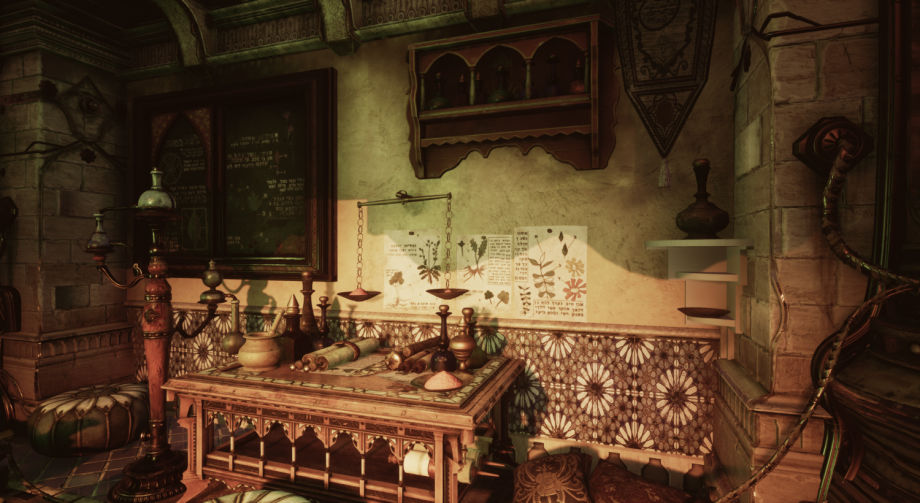 These little stories make a huge difference and lead to really fun moments of contrast. Once I have the story questions answered I move to asset creation. I usually start in Maya with a high-poly and bake that down for texturing. I’ve always found starting with high-poly much easier and faster. If it calls for it I will take some props into ZBrush for additional detailing passes but for the most part I can get a lot done in Maya.

Like for example any meshes like this can easily be done in Maya. That being said with all these sort of elements in play it is important to make sure you’re scene does not get to busy. Balancing passes, or just taking time to make sure elements are cohesive, are extremely important. I find that keeping an eye on all of your props together in scenes like this can help with cohesion as well. 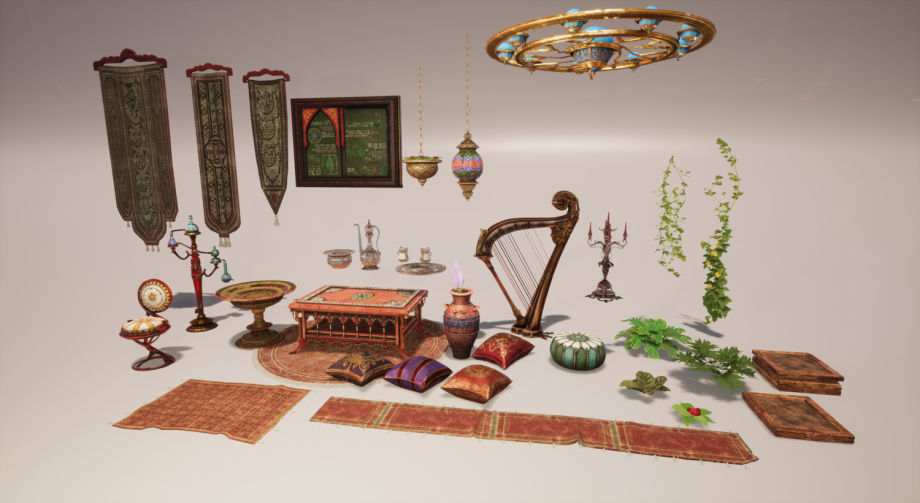 For my materials I use a combination of hand-generated content and photo sourced textures. I usually start with a heightmap that I model by hand in either Maya and or ZBrush and then blend that with base photo textures or Substance-generated textures to create new and interesting materials. I really prefer hand modelling a lot of my normals because it gives me a good idea of what changes need to be made to get optimal light reaction on my surfaces. I do love using Substance Designer as well but I still prefer using sculpted textures for most of my work. 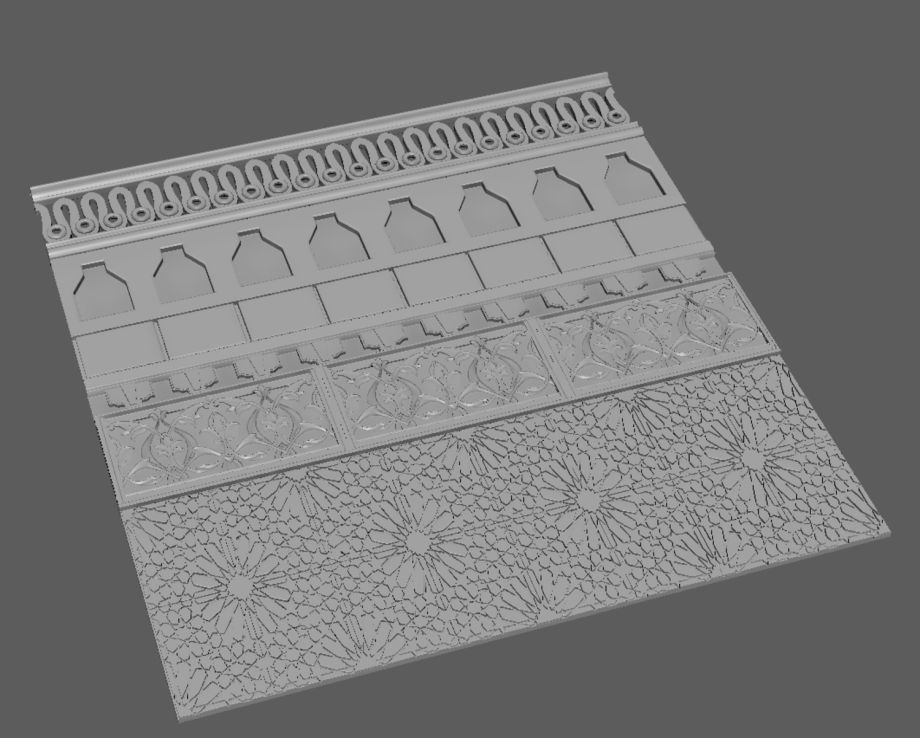 It’s very interesting how many materials you can actually generate with very few source textures. I really only used a couple  different types of stone and simple metals in my level and then used vertex blends to create interesting and natural scenarios. As much as I enjoy hand sculpted textures I also heavily leverage Substance Designer’s re-usability. For all of the pillows in the scene for example I created a base fabric material then created a system where I could upload custom patterns tweak a few values and get a whole new texture. No matter how I generate my textures though they all end up running through one master material in level. 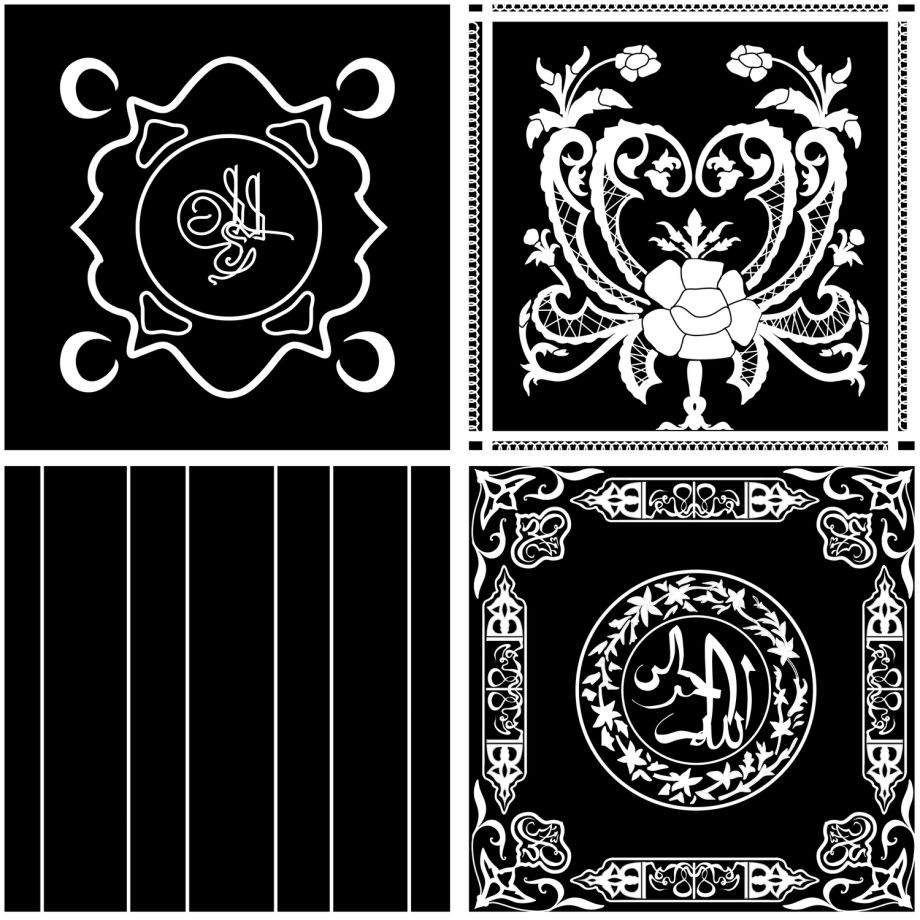 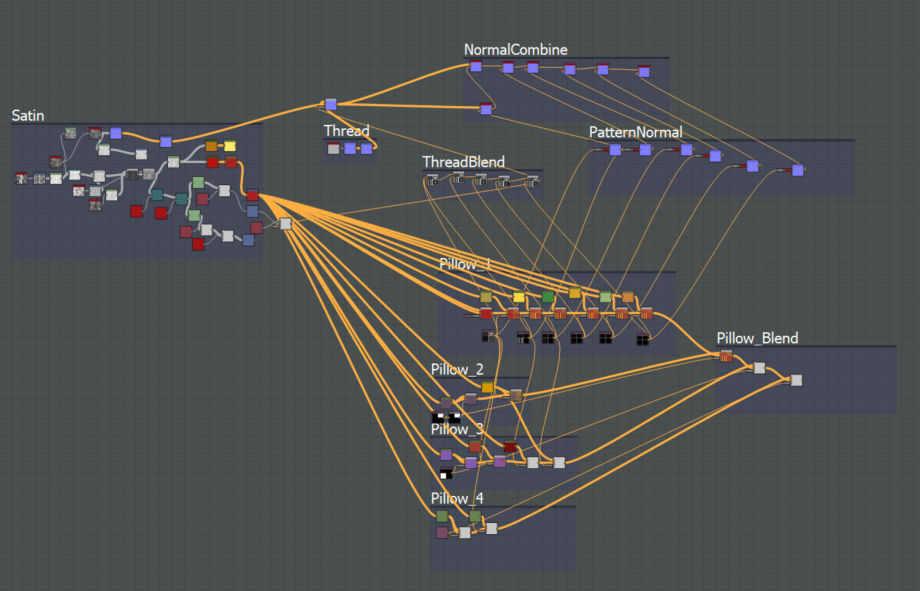 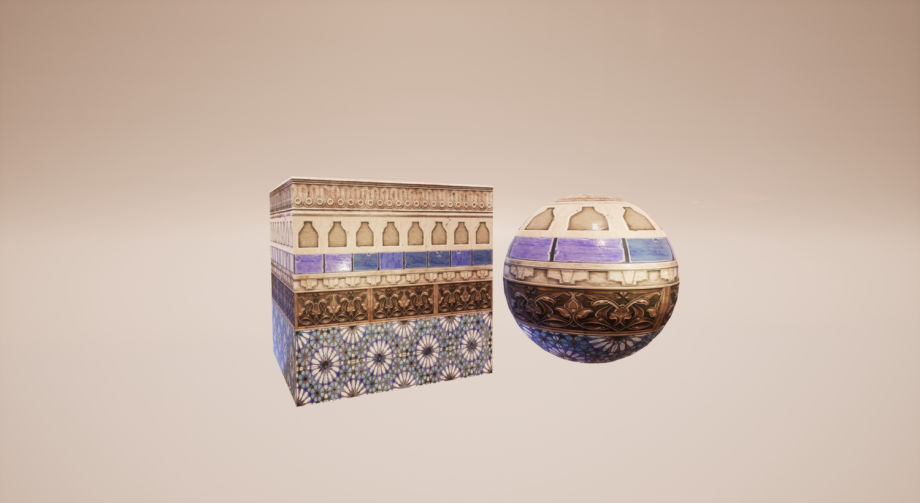 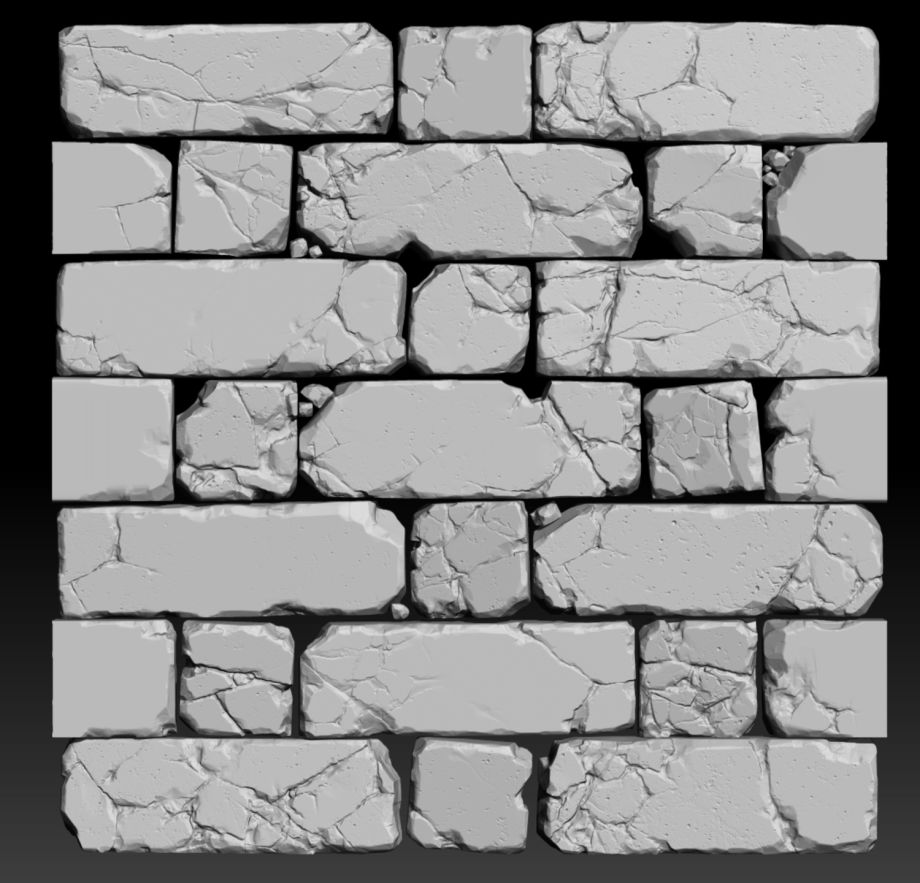 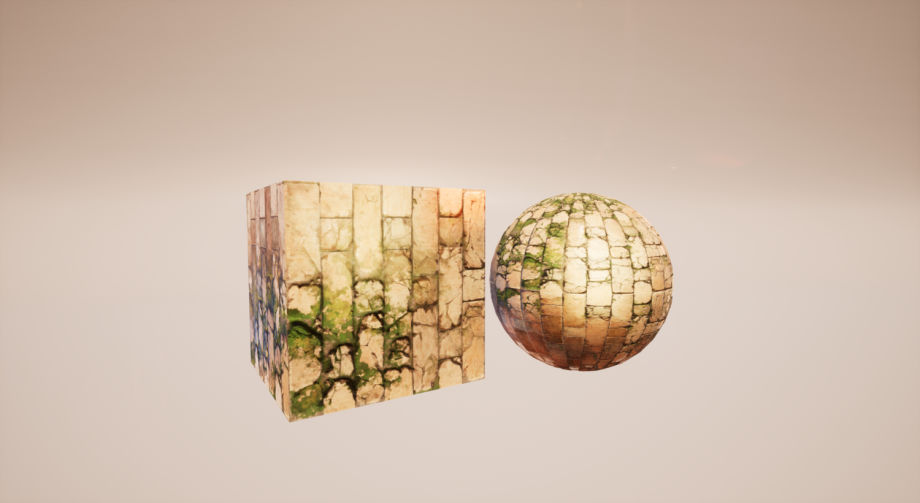 For this project I really wanted to push the mood of the piece. I looked at a lot of classical paintings and tried to synthesize what they were getting so right. From studying these paintings I realized the key was understanding natural lighting. So I really tried to have that sort of classical natural lighting be the source of the lighting in this scene. Essentially I dropped the the sun in and found a shadow position I thought sold my story and created a highly enjoyable scene, then I dropped in any motivated light source such as the lighting from the machines in the level and made sure those shadow formations were working. After that it was just tweaking post and other lighting elements to help completement those two main sources. My main goal was definitely to keep it all feeling very grounded. Combining the outside lighting and inside lighting was no easy task. Many of the lighting scenarios I found would look nice in one shot and break the second shot. It was definitely a long process of trial and error. I knew that this would be a great challenge for me though, and I really wanted to learn that lesson.

For the world outside of the window I used a mix of textures and simple geometry. First I made the landscape. For the mountains I used World Machine to make basic formations. 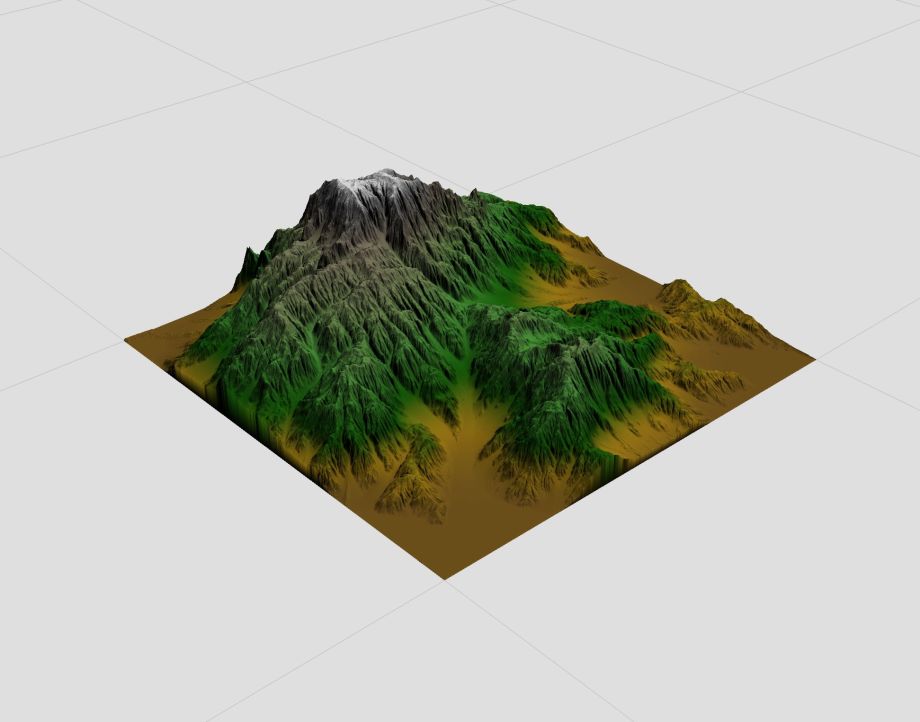 In the beginning it was important to establish some strong shapes that would sell the scenes location and ground the location. I tried to keep everything very simple early on, so that I could get a strong base without being distracted by detail. After that was established I put in a first pass on the location of the water. 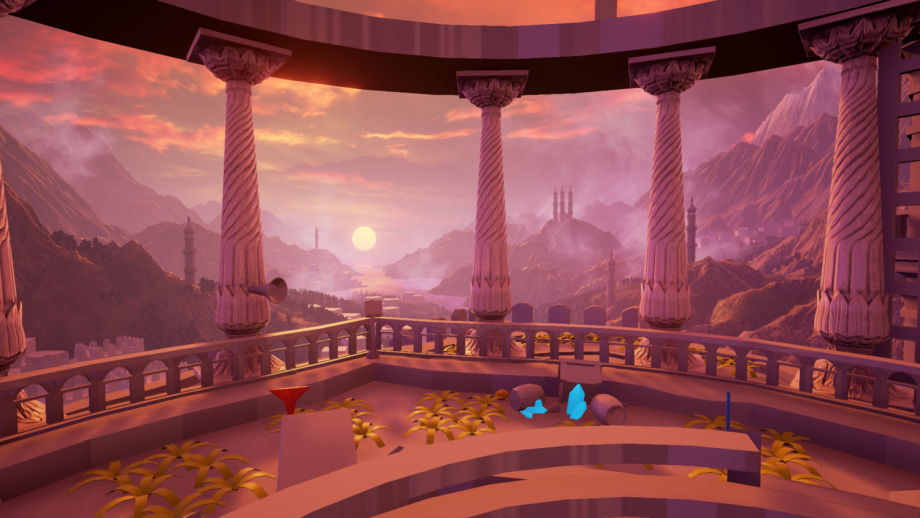 This helped to establish what the human elements would be built around and how they would get their resources. After I established the water I moved onto the sky. I needed to create a texture that successfully supported where I had decided to keep the sun at this point. This texture was created completely in Photoshop then mapped to a sky dome. 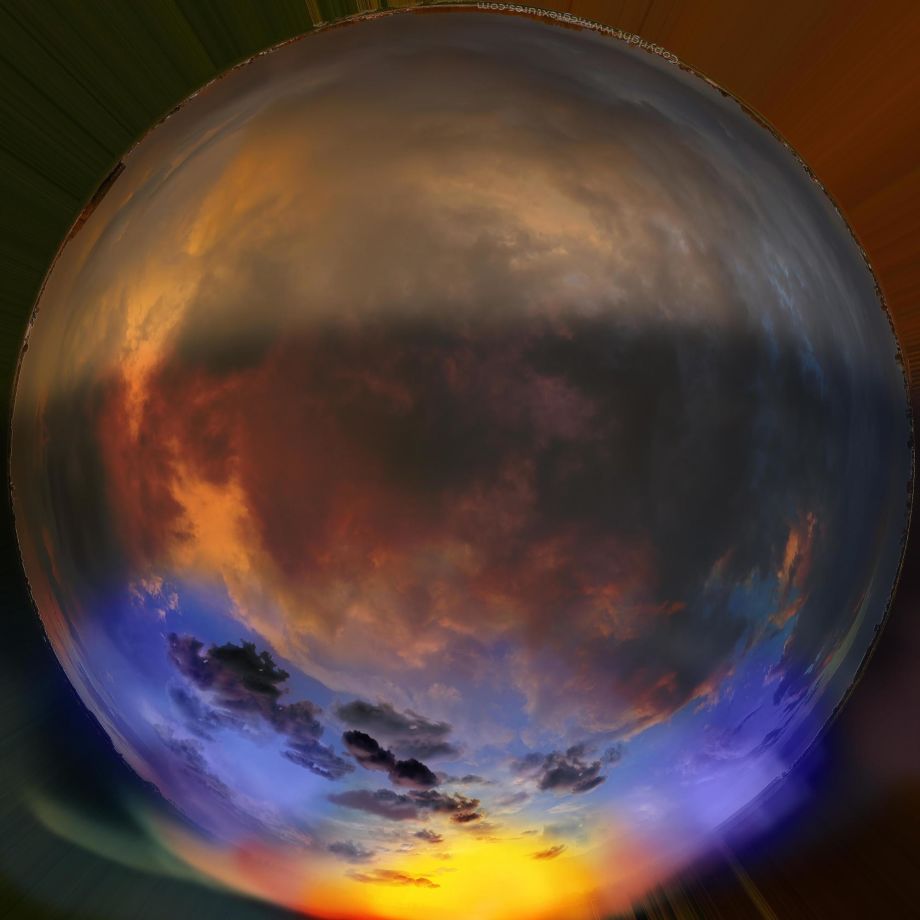 After having a solid grasp on the natural world, I started on the human elements. The first thing I did was establish the base building kit. This consisted of one or two variations on a simple type of building. After this I moved into more specialized buildings I could use to blend into the scene. These buildings would be responsible for selling the culture. All of these buildings started in Maya in simple form. Lastly I created a custom fog sheet that I could use to help with depth. 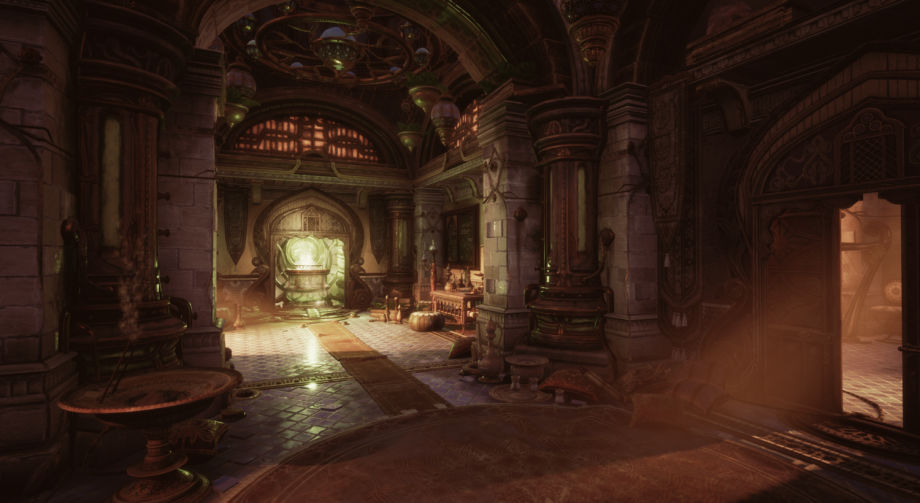 I started doing early look development for this project before the beginning of the Summer and then used the Summer to do prop experimentation and establish a skillset for this project. During August I went into working on the greybox and worked from August until around December 6 on fleshing out the world. Honestly though, there’s a lot more to this world and I’m exploring other locations in it right now. Definitely expect to be seeing more from this world in the future. In the end the biggest challenges I faced on this project were keeping the style and story cohesive at first glance. I knew that I wanted to pick a type of fantasy that wasn’t usually explored and so keeping a tight guide of rules for myself really helped make sure I was always keeping my first read strong.