Nick Pearce shared a cool story of how you can leave your old boring career and become a full-time game developer.

Nick Pearce shared a cool story of how you can leave your old boring career and become a full-time game developer. 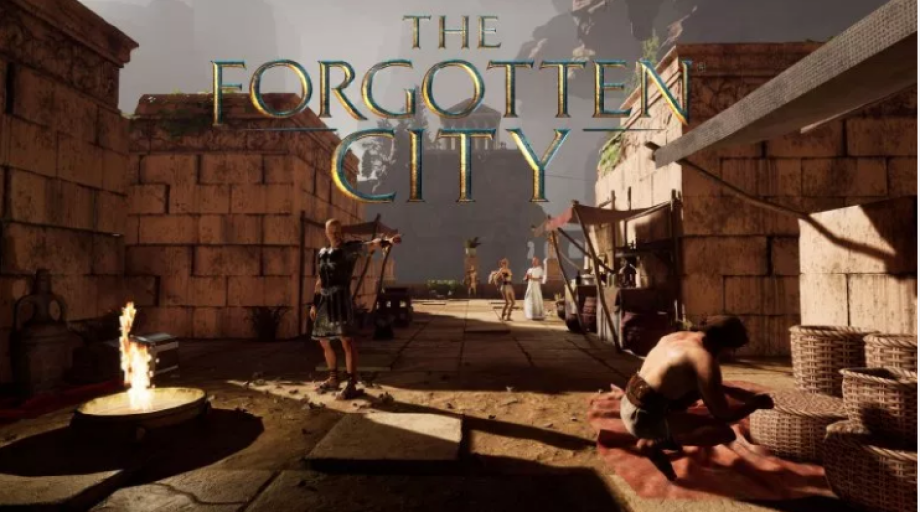 When I started making a mod, I had no idea what I was doing. All I knew is that I was excited about video games as a way of telling stories, and I wanted to create an experience that would have a big emotional impact on players. I started by teaching myself level design and built a big, spectacular underground city in a state of ruin.

As cool as it was, it was a just big empty canvas in need of a story. I remember thinking to myself “Wouldn’t it be cool if the player could go back in time and see what this city was like before it was destroyed?” and that gave me the idea to introduce time travel.

Of course, there was no time travel in the game I was modding, so I had to teach myself how to program and implement a time-travel mechanic. Over the next 3 years, I spent 1,700 hours designing and writing the story.

It evolved into an epic 8-hour story in which the player must explore a past version of the city, interrogate its long dead inhabitants, try to figure out who or what is going to destroy it, and change its fate.

When I released the mod, I thought I’d be lucky if a few thousand people downloaded it. It was very different to the game I was modding, and my design philosophy had been to simply make the sort of game I wanted to play; one which respected the intelligence of players and trusted them to figure out a complex mystery without holding their hand. 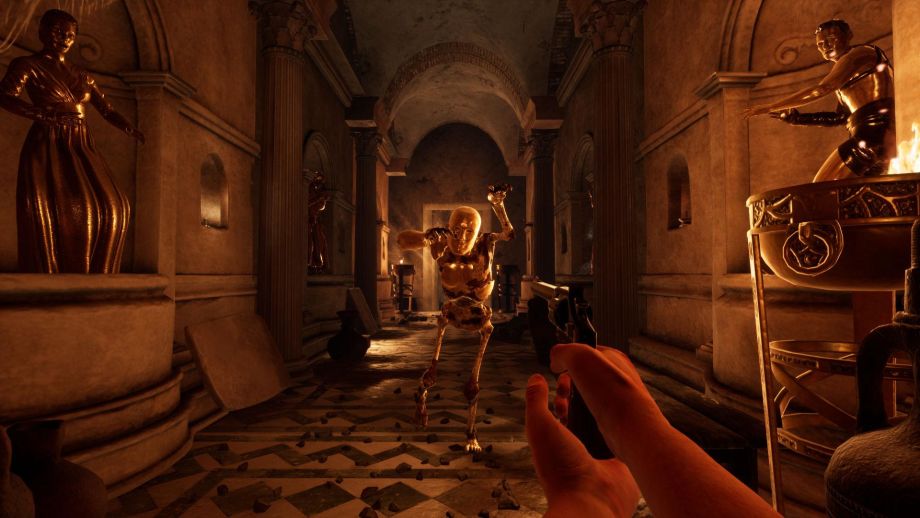 As I watched the download count tick up, and read all the comments and feedback, it dawned on me that a lot of other people had wanted to play that too. When it hit 250,000, in 2016, I was amazed and thought that it wouldn’t get much higher. Then it won a national Writers’ Guild award for its script, and I couldn’t quite believe it.

Since then, the download count has gone up by an order of magnitude; it’s now over 2.5 million. It’s hard to conceive of how many people that is, but assuming each download is a person, that’s enough people to fill Madison Square Garden 125 nights in a row.

It’s a great feeling, which, for me, was followed by the dread of taking things to the next level—a full-fledged game.

That moment when things got “Unreal”

After the success of the mod I spent a while planning, and then I took a leap of faith: I quit my job, hired an excellent programmer, and we began building a prototype of the game, which we used to secure a government grant to continue development.

Thanks to that funding, and a more recent Unreal Dev Grant from Epic Games, we’ve been able to get the game to where it is now, and we’re planning to release it on PC and Xbox One in late 2019.

Making a game is hugely challenging, and I’ve been working long hours for the last 2 years. I’ve had to learn a lot of new skills including how to run a company, how to pitch ideas and secure funding, how to head-hunt and recruit rad people, how to promote the game to press, how to use Unreal Engine, and how to model and animate characters.

The Forgotten City is a murder-mystery at heart, so right from the beginning I knew it needed beautiful, well-animated character models, to make sure players feel immersed in the game and emotionally connected to the characters. 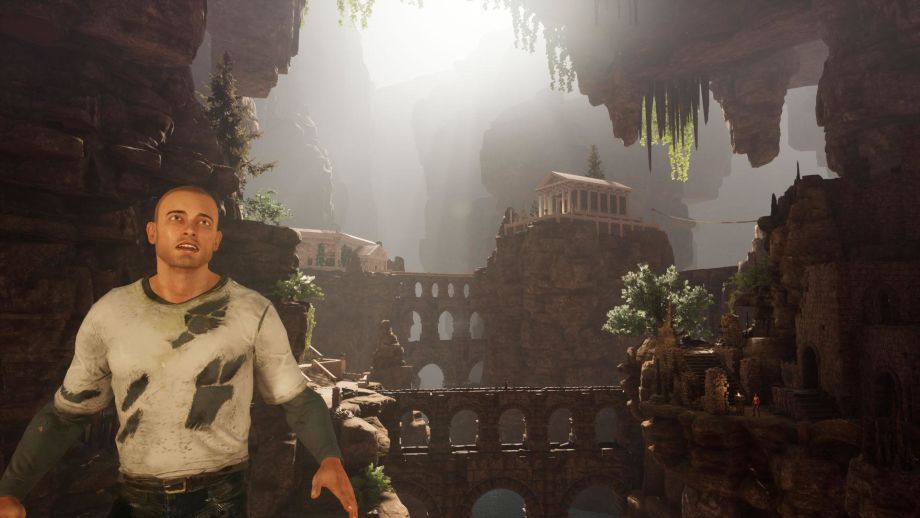 I began looking at alternative solutions. I was really happy to discover Reallusion’s Character Creator 3 (CC3) and iClone, which have allowed us to create gorgeous character models and animate them for a fraction of the cost of the traditional approach.

To make each character, I start with a “blank canvas,” male or female, and then add a high-resolution skin texture from CC3’s content library. I then shape the character’s face and body, using an array of sliders which allow me to fine-tune every imaginable aspect, until I’m happy with it. 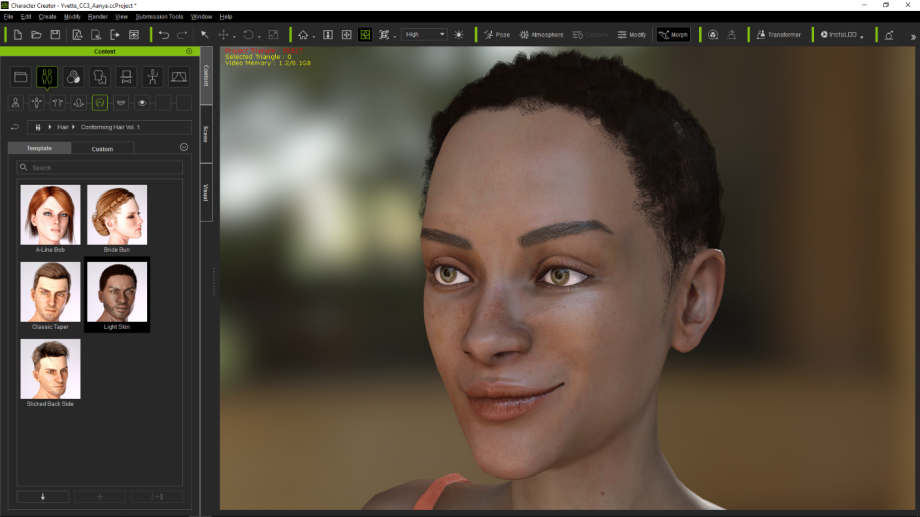 Then I set the eye color, add hair from CC3’s hair library, and tweak the color of that too. Finally, I add clothes to the character from the content library, and make small adjustments to the color, textures and shape as necessary. 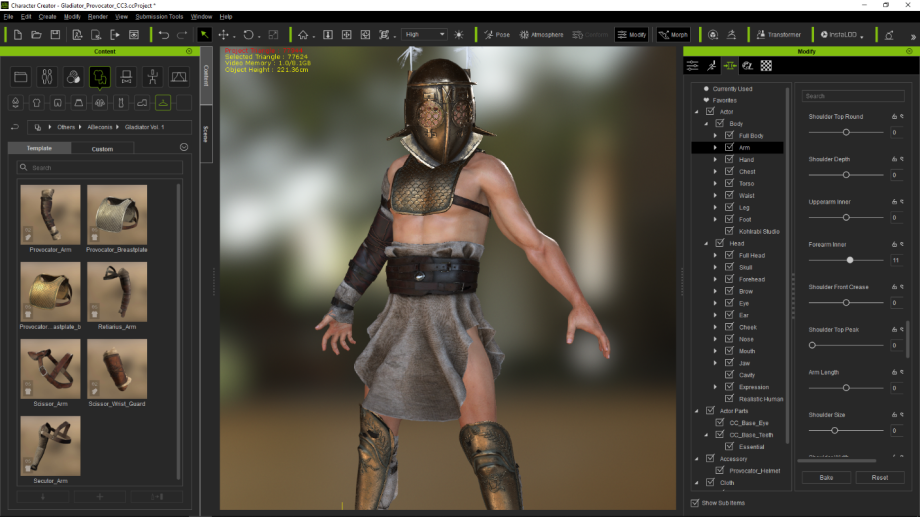 The characters are automatically rigged for facial and body animations, so all that’s left to do is export the game-ready model, making use of the optimization features like material merging, polygon reduction, and LODs.

Other tech that was a big help: Unreal Engine. Why? Because when I began making the game, I knew I wanted to make something visually spectacular, and I think Unreal is the best engine on the market for making gorgeous environments almost effortlessly. It also has a thriving community of other developers, built-in compatibility with all the other suites you might want to use (like Maya or Character Creator 3), built-in support for porting to all the consoles (including newly announced Stadia), and a generous grants program to help indie devs survive and prosper.

Game development is far more complex and time-consuming than most people can possibly imagine, particularly the process of modelling and rigging believable human characters. Software that can streamline this process, and make your life easier, is invaluable.

There is no perfect solution. The most you can hope for is one that solves the most immediate problems you face without creating others down the line. To me, this is the right benchmark for people like myself who started in this industry as an outsider and is now the head of a very small studio building a very big game.

Nick Pearce is a former attorney who turned the success of The Forgotten City, a popular mod with 2.5 million downloads, into a full-fledged game, headed for PC and Xbox in Q4 2019. Nick is Managing Director of Modern Storyteller Studio.

From Lawyer to Unreal-Funded Game Developer