Alex Yaremchuk, the Co-Founder and Art Director of ArtSource, talked about the production of their game Red Rust: game design, character creation and animation, and more.

My name is Alex Yaremchuk, I’m the studio lead and one of the founders of ArtSource. Our studio is essentially a family run business right now. It was established in 2016 in Prague as an experiment. Back then I was doing some freelance work here and there and together with my friend Ivan Smirnov, a very good concept designer and illustrator, we came up with this idea. What if we combine our portfolios and that way we can get more work?

That’s how ArtSource studio came to be. Ivan is no longer working with us, he went on to promote his very successful art school while I joined forces with my wife Olga (who is a 3D sculptor), my brother Roman (a programmer), and a few artist friends to continue doing outsourcing work.

Over the years we worked on a number of indie game projects. For example, we did some animation work for Hypercharge: Unboxed, some character work for Wellspring: Altar of Roots (unreleased RPG), and many yet announced titles.

For the past 8 months, we were very actively involved with our own game Red Rust, which is our primary focus today. 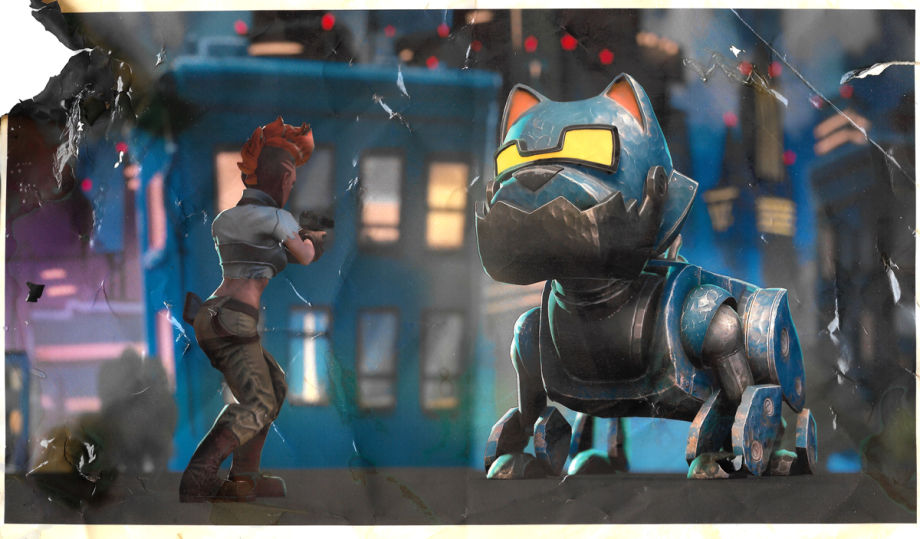 Inspiration almost always comes from wanting to make a game you’d love to play yourself. Having been born in the '80s in the Soviet Union and being a hardcore gamer in the '90s, I still gravitate towards those old 8-bit and 16-bit games. Those games are a great source of ideas that we try not to copy but to develop into something that can be interesting for today’s audience.

Actually, the very first idea was to have a Contra-like game but filled only with boss battles like in Cuphead. It’s a very efficient structure for an underfunded indie studio and something I thought we could pull off. But the reaction of the gaming community was that people would rather have a full game with levels. So we decided to combine levels where you fight enemies with your fists with boss battles which are played more like Contra or Metal Slug. And that already is a pretty unique combination and one of the so-called ‘hooks’ for the game.

And the Soviet theme came naturally since I was born in it. Red Rust explores alternative history events, and we put emphasis on the story, even though it’s an arcade game.

The art direction for Red Rust is a combination of different influences. 80s pop culture is an amazing source of artistic inspiration and incidentally, it was the period that also influenced many of the classical retro games. Games like Street of Rage, Ninja Turtles, Battletoads – all of them had lots of colors and I wanted Red Rust to also be colorful with creatively designed characters. I wanted the game to look as if it was an '80s or '90s game but made with today’s technology.

Our project is very stylized and I believe simplicity is the key not only to game design but also to art direction.

I’ve already mentioned that we have a combination of shooting and fighting, and there’s a reason behind that decision. I always felt that memorable boss battles are the highlight of any arcade game. In popular 2D shooters, I always enjoyed the boss battles more than the rest of the level. But with fighting games it’s the opposite: it’s very satisfying to beat up hordes of regular enemies with your fists, while a level boss is usually an afterthought. With Red Rust, we are combining the best of both worlds: we can have an interesting fighting mechanic and epic boss encounters to break up the pace of the game.

Creating the fighting mechanic that works is actually much harder than making shooting segments because the player is interacting with each enemy at close range and we need to make sure each punch feels just right.

We use a pretty simple and straight forward workflow for character production. Concept design is perhaps the most crucial step. For instance, Red (our heroine) took a year to create. Several artists contributed to her look. When you have a character that looks and feels right, the rest is just execution. The design guides the modeling and animation. 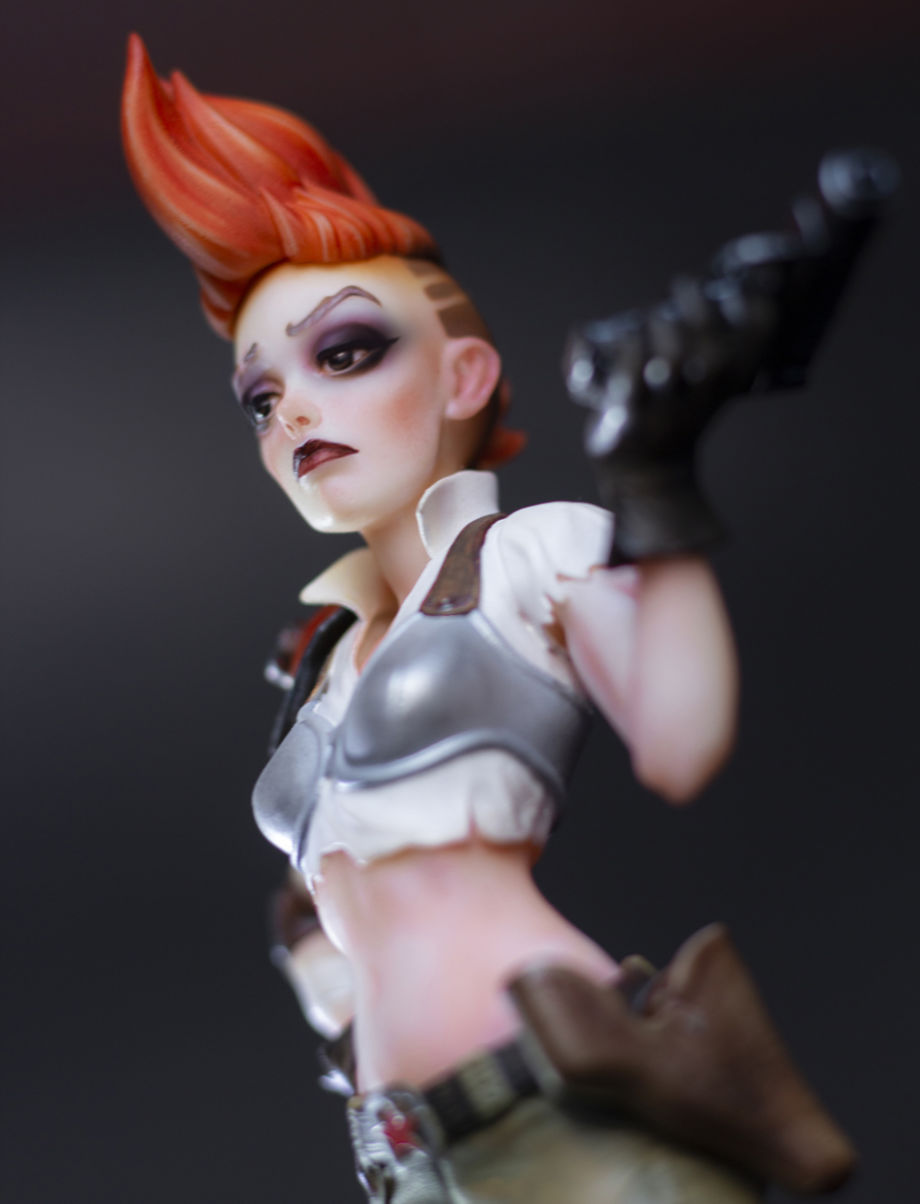 We use ZBrush for sculpting, Maya for animation, and Substance for the maps. We bake a lot of information into the maps because we don’t use dynamic lighting. It’s a sidescrolling game and the backgrounds are painted.

Hair is a very interesting subject and creating good looking hair or fur can be very tricky in 3D. So like with everything else, we decided to simplify it. We just sculpt hair in ZBrush like regular geometry. And then we animate it manually. 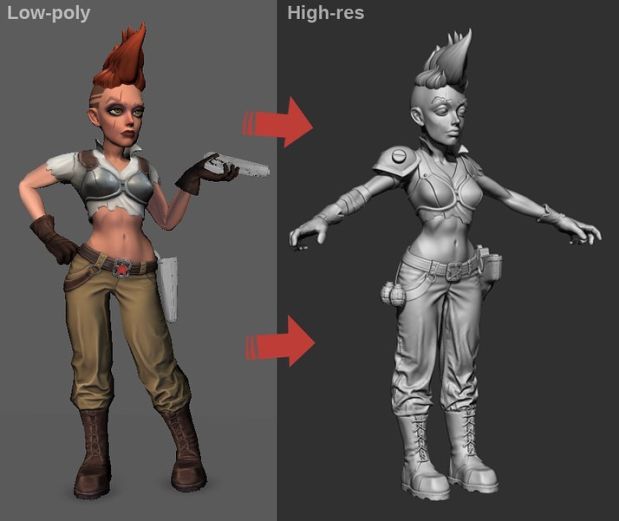 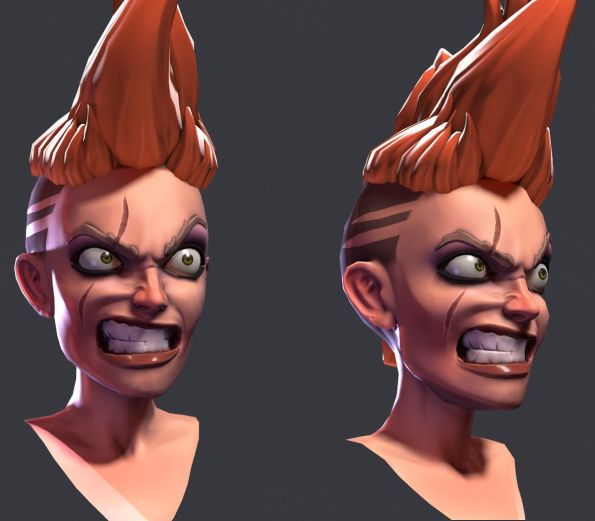 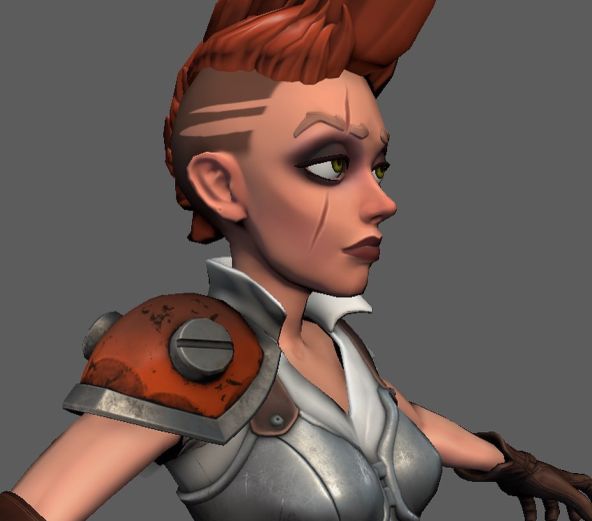 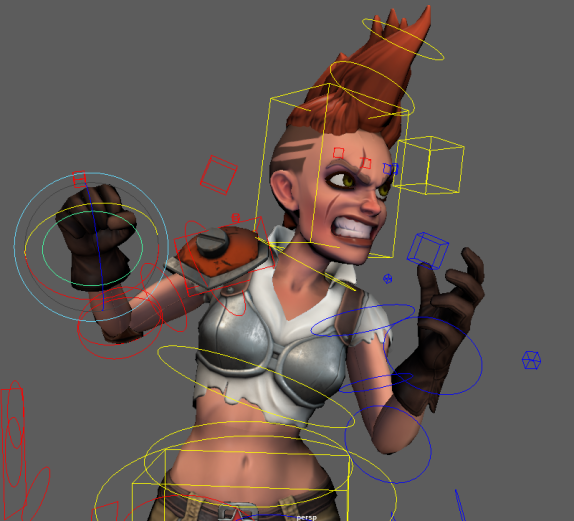 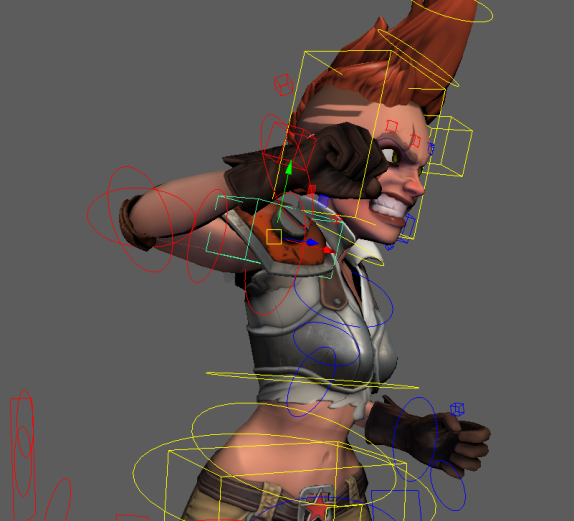 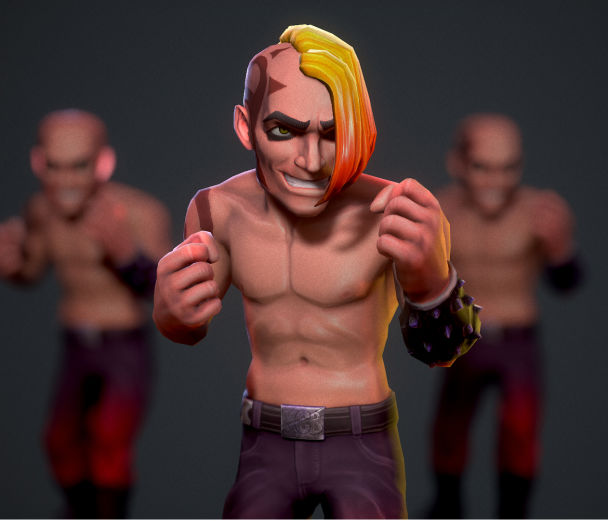 Animation and rigging are done in Maya and I do most of the animation work myself. When I first started animating many years ago, I started in 3ds Max, but then I switched to Maya (it was not an easy process) since Maya is light years ahead of everything else in terms of animation.

For instance, Maya has this amazing thing called Referencing. It lets you create a rig and reference it into as many scenes as you need. And when you need to update your character, you just update one file, and this change cascades into everything else. We have some characters which consist of multiple referenced rigs. For instance, our girl is one rig and the gun is a different rig (in case we’ll need to replace it).

Our human characters are actually 2D pre-rendered sprites while bosses are in full 3D. Humans are animated at 24 frames per second, and sprite sheets let us control each frame on animation because high-quality animation is one of the main features of the project. Mechanical beasts work best in full 3D.

2D and 3D graphics are simply tools, and you need to be very mindful of where to use each of these tools. Our backgrounds are 2D because a well painted 2D background looks much more lively and vibrant than anything you can do in 3D. Trying to create something as impactful in 3D would be way beyond our budget and also unnecessary.

It’s still work in progress, we don’t have finalized backgrounds yet. But with backgrounds obviously we are not going for pixel art. Instead, we are more influenced by old classical cartoons (think MGM and Disney). They used to have very vivid gouache or watercolor plates, which looked amazing and also not overly complicated. Since we will have to produce lots of these background images and also parallax layers, this style works very well for us. 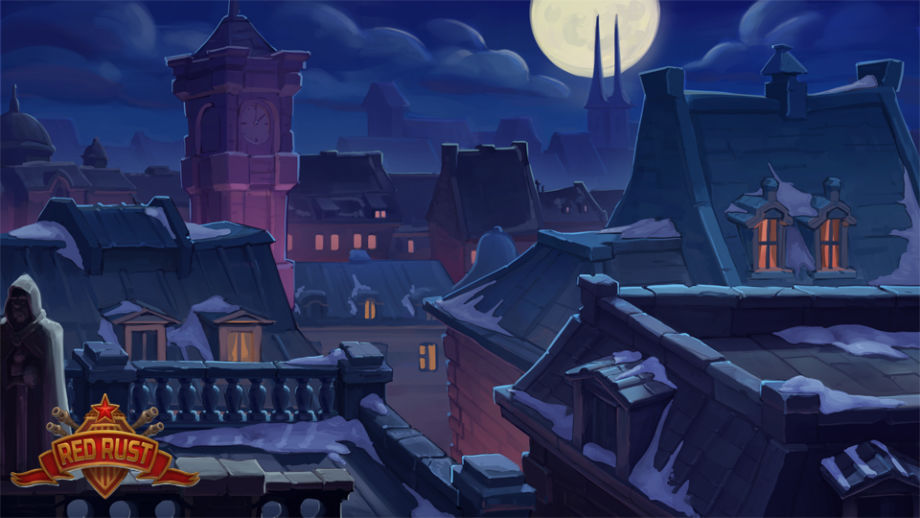 Again simplicity is the key. I always loved 2D side-scrolling games because artistically they give you maximum control over what the player can see. It’s much like a theatre stage. For that reason, we have painted backgrounds, pre-rendered human characters and for the 3D bosses, we have light baked into the textures. There are additional light sources here and there, but not many.

But since the game is story-driven, all these 3D models will come in handy for cut scenes.

Experience as an Indie Game Developer

I have spent half of my career working for pretty large studios. And I can attest, the process for indie developers is very different. Much more care goes into every single asset, and the pipeline is very flexible.

It's interesting to note is that all those classical games created in the '80s and '90s which we are inspired by were by today’s standards made by indies. Those were small teams of very dedicated people who tried to find ways to complete their projects on small budgets. And that’s what we are doing here.

When you are an indie, you also have to secure funding and do marketing all by yourself. You have to market to players and you have to market to publishers/investors, and that is as important as the development itself. In our case, we are aiming at Kickstarter. We hope to launch a Kickstarter campaign around late Summer or early Fall 2020.

We are roughly 18 months away from the release. We want Red Rust to be a very tight and polished experience and that takes time. We’ll certainly be releasing the game on Steam, and we are also casting hopeful glances at Nintendo Switch.

Finding and dealing with a publisher is a tricky business, so right now we are planning to publish Red Rust digitally on our own. And to do that we’ll need the support of the gaming community. So if anyone wants to support the project, just following us on social media will be of great help.