We are a small team of enthusiasts. Our path as developers began with Source SDK and creating mods for HL2. And now we are developing an indie survival horror in UE4 called “Twin Soul”. 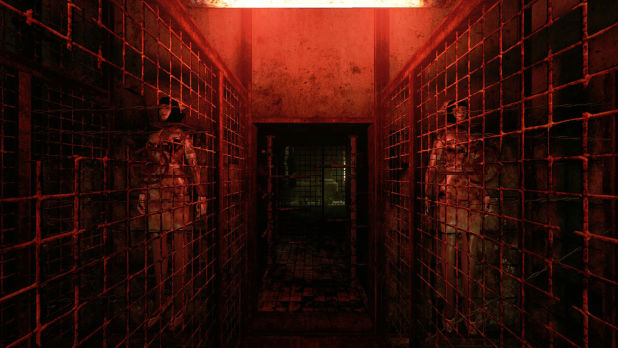 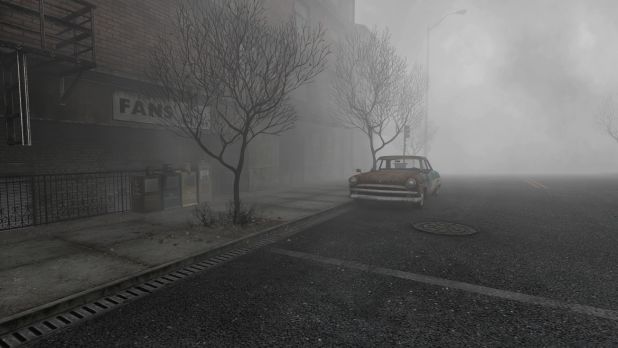 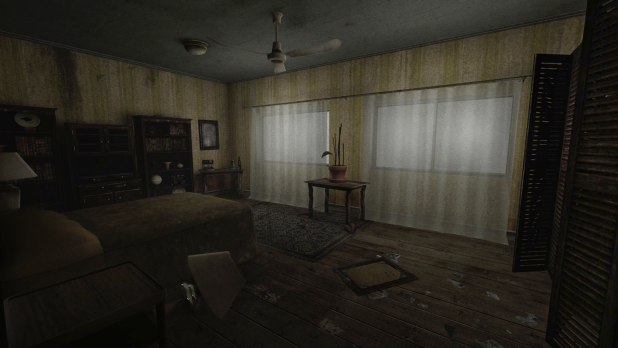 How the Team Operates

Everyone in our team has a full-time job, and besides we work remotely. The complexity of the project development is primarily in communication and resource control. We tried many ways to organize the work but came to the conclusion that the simplest and most obvious solutions are most optimal for a small team.

For communication we have a group in Discord, documentation is in GoogleDocs, and task planning is in Trello in the form of a quarterly Kanban-board.

Development of the Game

We decided to make chamber surroundings and gameplay. Such levels are easy to optimize while maintaining a high level of detail. Having our own photo references resolved the problem of lacking a level concept artist in the team.

The characters and their dialogs are not ready yet. In the demo, we could only insert some phrases of the main character made in a hurry, and the story is mainly told through the environment. 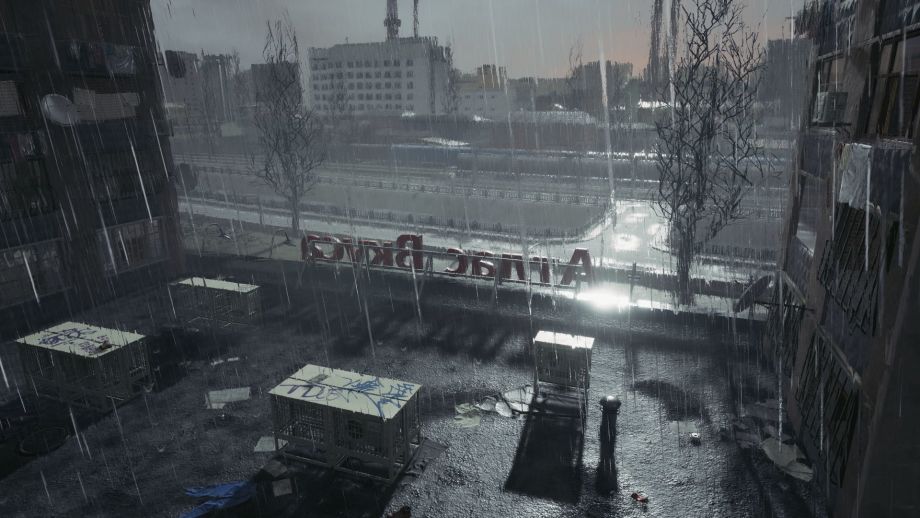 We also had one global change in the course of our work. Initially, the project was a cooperative for two people, but after the first prototypes we realized that this was an impossible task for us. Any game mechanic including even the simple ones like interaction with doors can sometimes be complicated by the implementation, not to mention the subtleties of the game design. So we decided to work only on a single-player campaign.

Speaking of the setting, this is not actually an early post-Soviet time for those who thought so. We made reference pictures quite recently and the design of the locations, unfortunately, corresponds to the current lifestyle of many people and not only in Eastern Europe. Sometimes the picture is much worse. I think you will see that in our works. And we were inspired by the fact that such surroundings are easily available.

We decided that a typical provincial city from the CIS countries is perfect for a horror game and won’t leave players indifferent. It will give a sense of exoticism to one person, a nostalgia to another, and a fear of staying in their own apartment to the third. 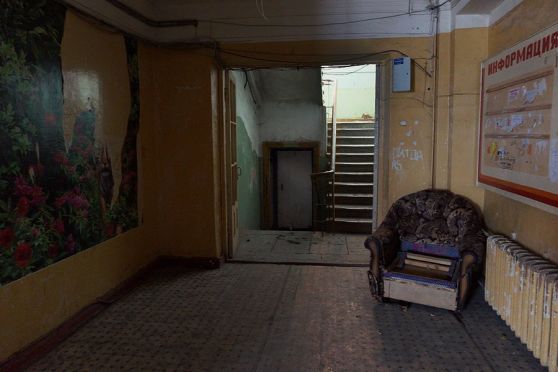 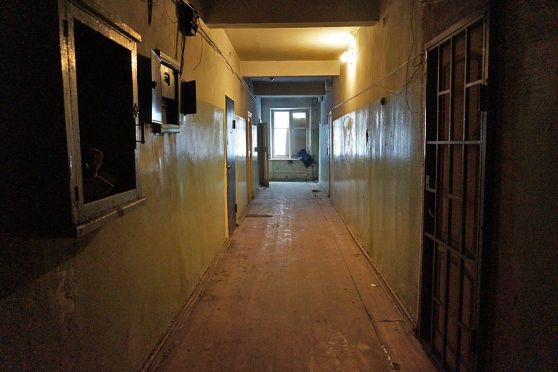 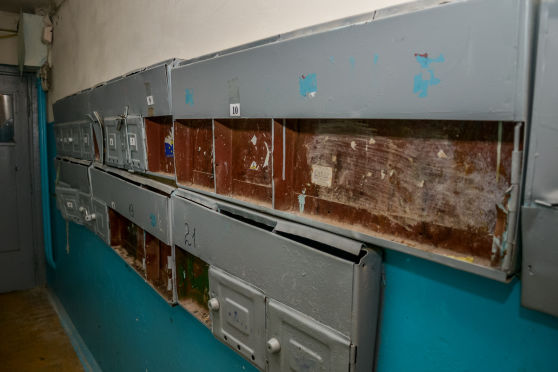 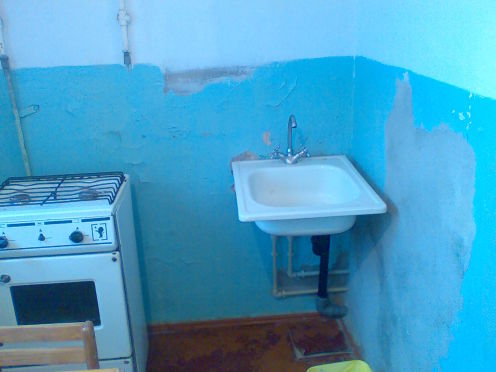 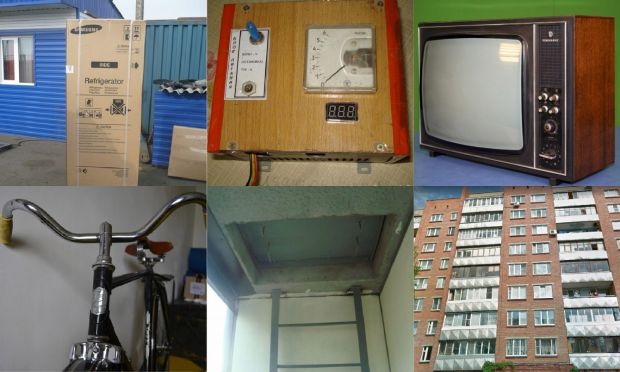 The game is set in a large apartment complex where all rooms are important and key events can unfold in any of them. We are developing cluster levels with backtracking and planning to focus on the gradual change of the environment under the influence of the “other world”. 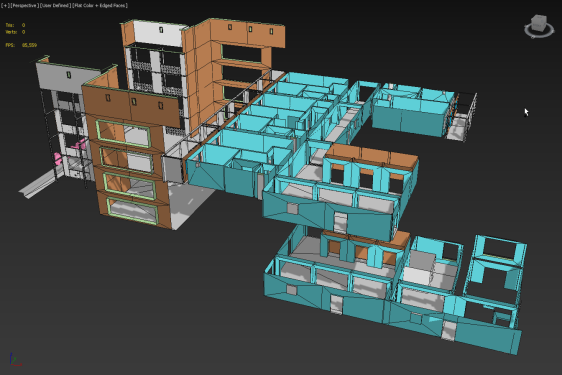 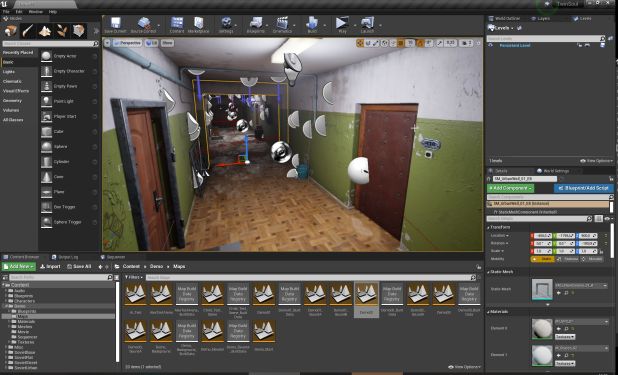 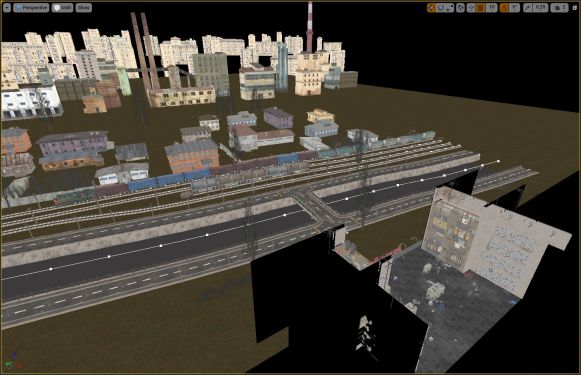 Before prototyping a level, we created a scheme and tried to match it with the real layout of similar buildings to make it more readable. Apartments were based on Khrushchev houses but they are very cramped inside, so we distorted the space giving the player more space. Common and communication rooms were based on the Soviet hostels, they are diverse and have more than one flight of stairs, which gives us the opportunity for imagination.

Also, when building the levels, we follow an important principle:  from each quite large room there must be at least two exits. The player must be able to plan his way and avoid meeting the enemy. The loading of new levels is usually masked by an elevator ride.

We have a simple pipeline (Idea-> References-> 3ds Max-> Substance) and in most cases, use the standard libraries of materials. Sometimes, we use Marvelous Designer, ZBrush, and other specific software, but nothing that could surprise any ordinary 3D artist. 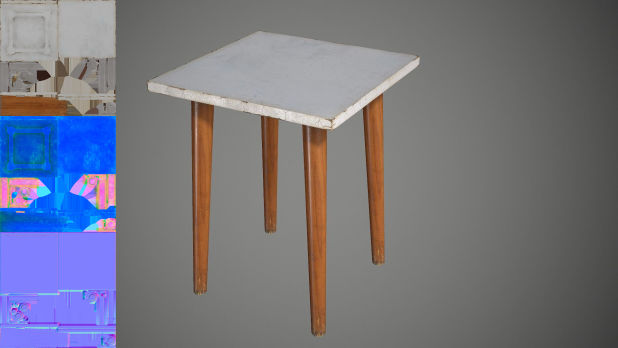 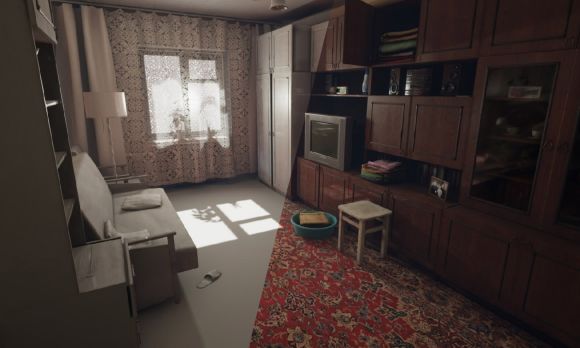 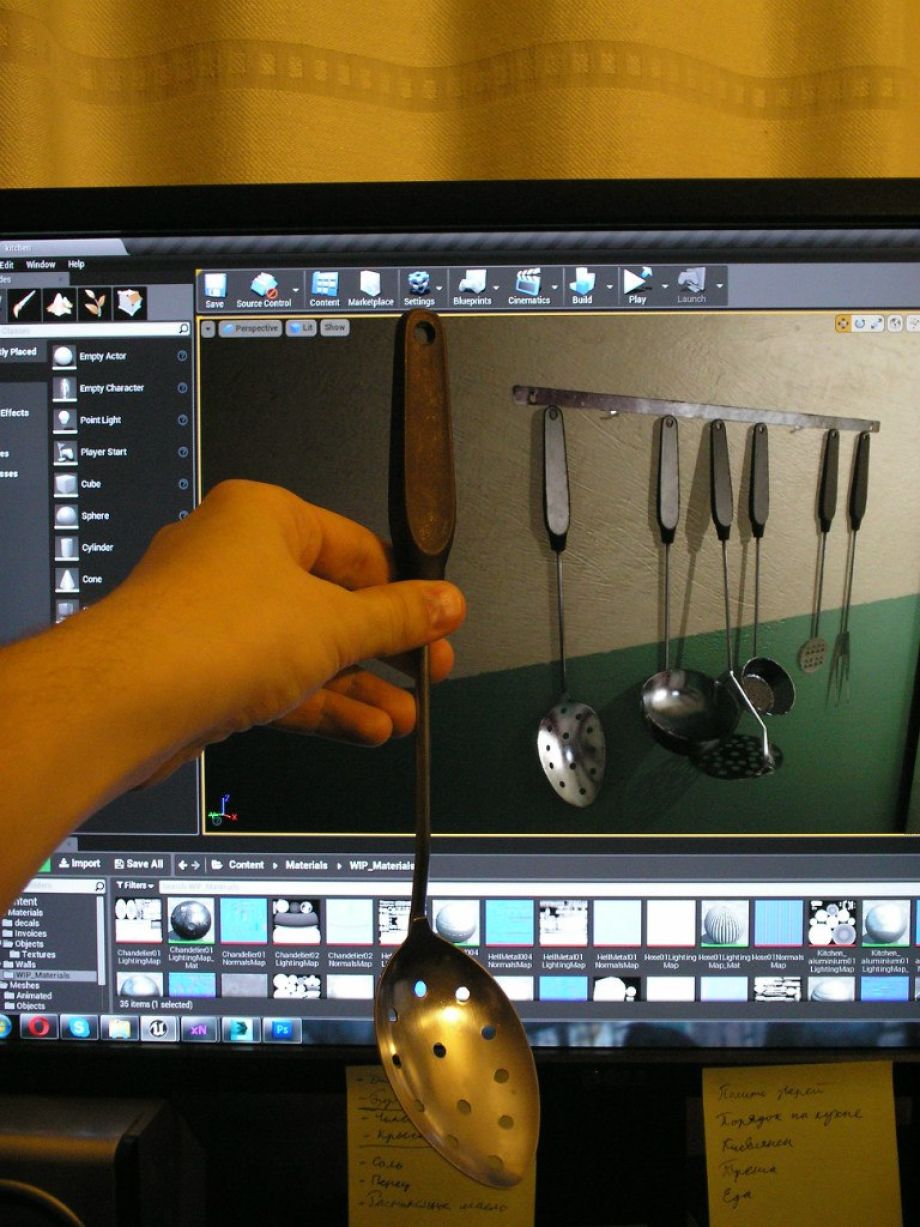 With regard to sound, we are still in progress. During the development of the demo, we embedded Steam Sound. This technology allows us to calculate the reverberation of the sound depending on the shape of the environment. The result is impressive but it still requires technical debugging. We were able to get advice from Valve after the demo version was released, however, and we will return to this issue.

We'd say that the sounds used in the game are the ones that surround us every day and it’s not difficult for us to convey a similar effect. Our sound designer is from the USA, but he was still able to feel the atmosphere even though he's never experienced it personally.

The combat system is not a key game mechanic. The enemy is strong and the player is limited in resources, so we consider the combat system more like a “booster”, or the possibility of an alternative solution to the player’s task.

The main feature is the opponents who need to be solved like puzzles based on their behavior. If the enemy has a sharp hearing, it is an obvious move to distract him with some noise.

In addition, there will be two characters available, a policeman and an engineer. Accordingly, the playstyle for these two characters will be significantly different in combat dynamics and the ability to solve puzzles. Each character will have a unique set of weapons and crafting skills. 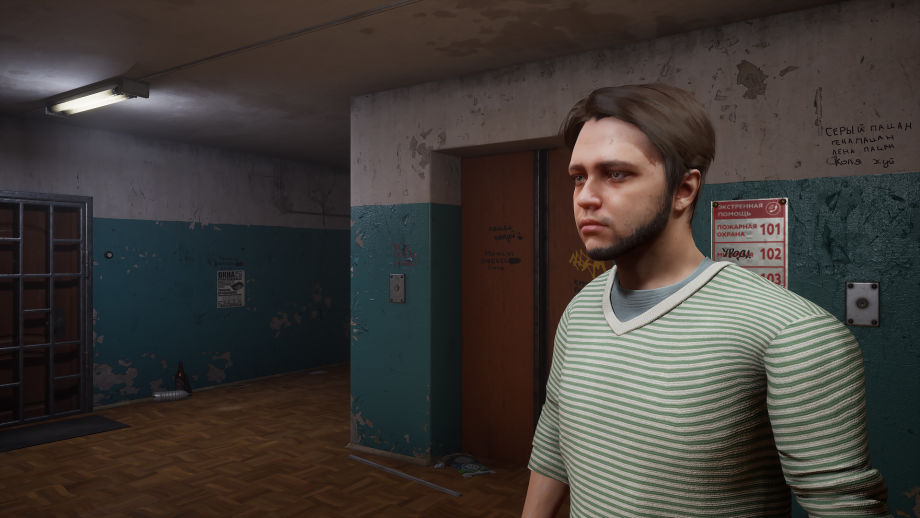 We focus primarily on the realism of the picture, so we don’t have any special unusual lighting sources in the scenes. In UE4, we use all types of light sources (omni, spot, rect, directional, skylight) with temperature parameters (i.e. we do not just use a color, it changes itself depending on the temperature). 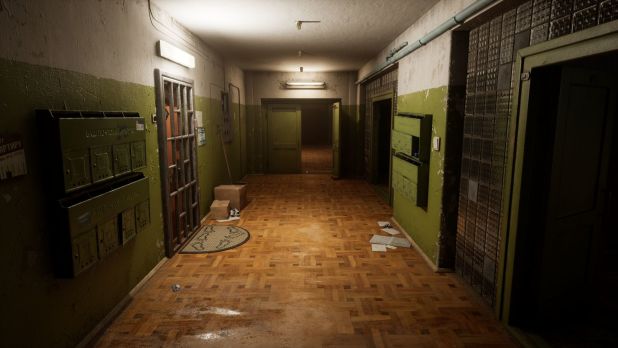 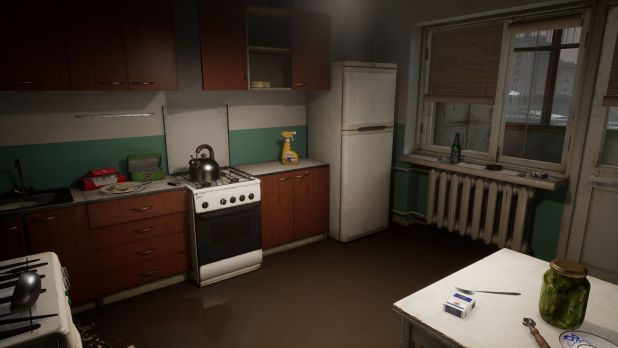 UE4 was chosen after a series of different tests with baked lighting. Before that, we did the same in Unity, but the quality of the baked indirect light there left much to be desired. At the moment, in 2020, Unity has improved light baking but UE4 is still better. 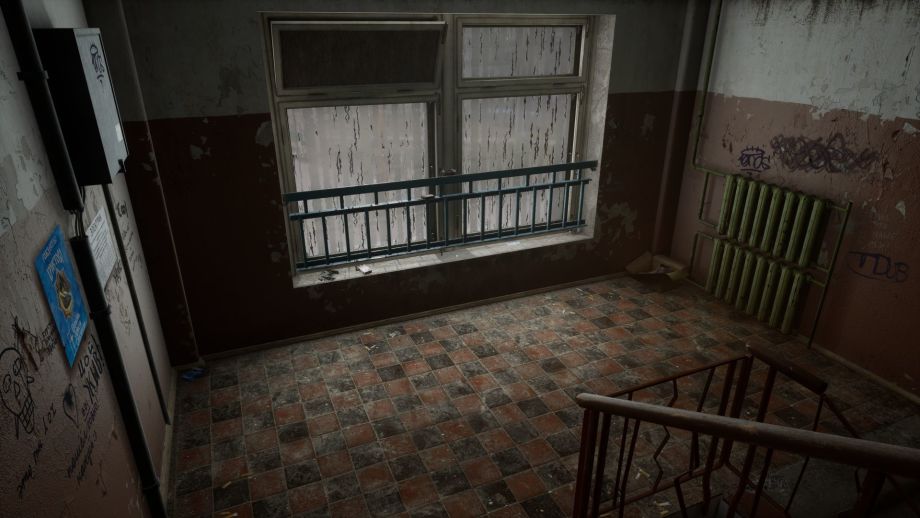 We are looking for a publisher at the moment and until we find one, we can't say anything with confidence about the release date. But we are definitely focused on a multi-platform release for PC and consoles.