Christian Gonzalez took CGMA‘s class Stylized Characters in 3D and talked about the Warrior project created during it. 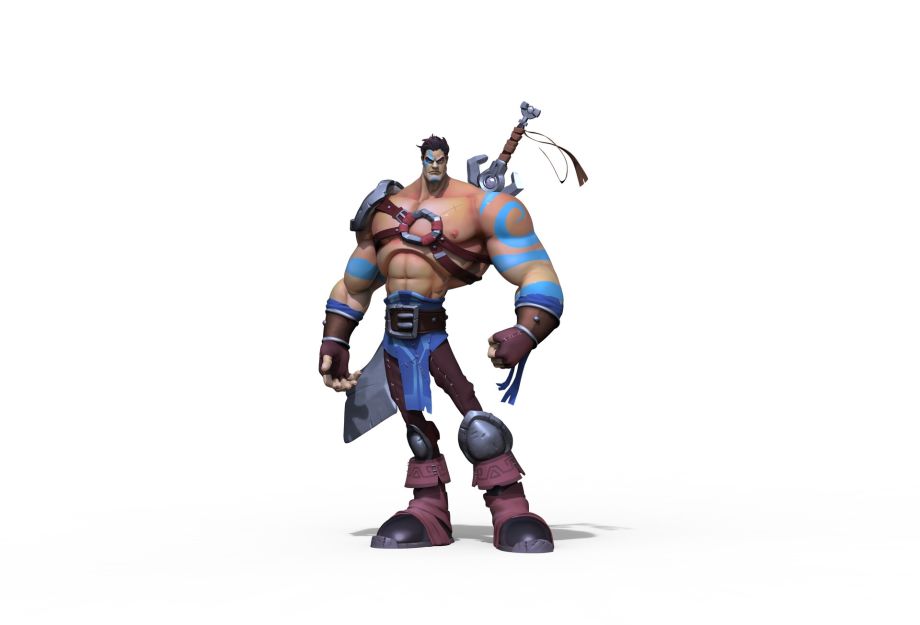 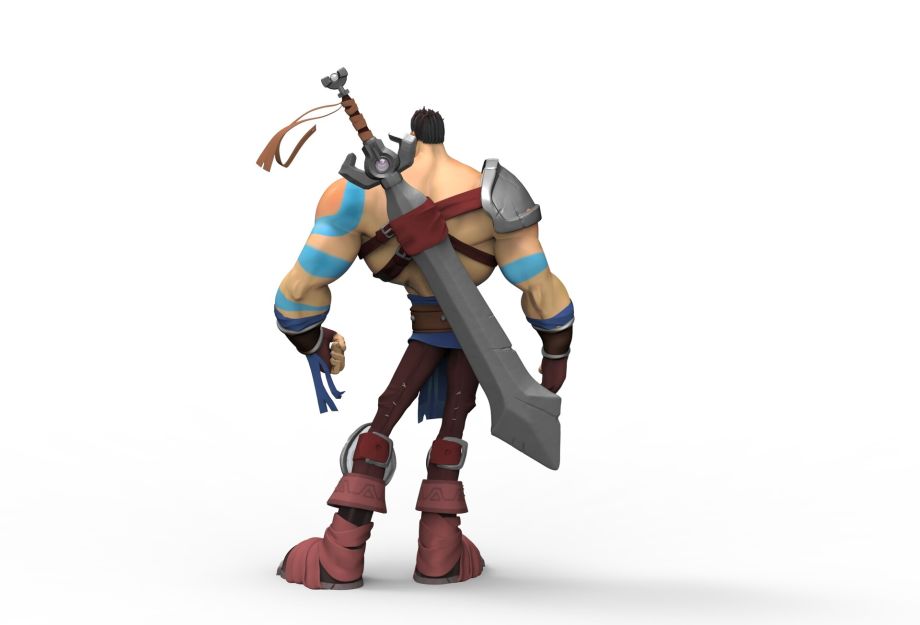 My name is Christian Gonzalez, I am a Chicano artist born and raised in Santa Ana, CA. I am a graduate from California State University Fullerton where I got a bachelor degree in Fine Arts in Entertainment Art/Animation. I currently work as a 3D Visualization artist at Norman International Inc. I have also interned and freelanced for Gadget-Bot Production where I created a couple of characters for their I.P. (Kaidro the Awakening) In the next upcoming months I hope to join my fellow titans and colleagues in the animation industry creating characters and worlds that bring every animation to life.

Ever since I was at CSUF I’ve wanted to expand my knowledge in 3D, especially character modeling and countless times I was suggested to take a course at CGMA. It was 1 year and a half after graduating school and many stubborn attempts into teaching myself how to properly create a stylized model that I decided to start my journey at CGMA. Honestly, it was the best decision I have made. I learned so much from Hannah Kang in 3 months than what I learned in a year and a half on my own. For this course, I wanted to understand a more cohesive approach to creating a character from a concept. I also wanted to gain speed and knowledge into how to fix any issues I could possibly have with any form of a model like this.

Going into this course I already had an understanding of a character pipeline in ZBrush. This allowed me to focus on Hannah’s main objective for this course which was making the concept come to life. Hannah broke down the process of creating a character to a T. During the first week, we picked out a concept. Out of the 3 characters I had gathered the Warrior by Anton Voronovich stood out the most to me for its distinct shape. I loved the proportions of this character and I knew this character would turn out great. Throughout the weeks Hannah sculpted alongside us so if we ever had any question of how something was done, we would know how to solve it. She is one of my favorite instructors alongside many from CSUF. She taught me how to read a concept and create a mesh that was studio-quality. 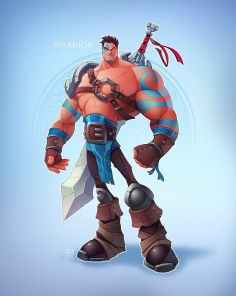 Start of the Character

When it comes to creating a unique and neat-looking stylized character I am the kind of person who isn’t afraid to push forms or start a model over if it is not working for the project. Luckily, I didn’t have to start this character over except for usual touch-ups.

After selecting my concept I mapped out my character with paintovers. Hannah pointed out that they would allow us to see the different parts we would need to complete our character. A simple but necessary step for a character like the one I selected with such dramatic proportions throughout his body. 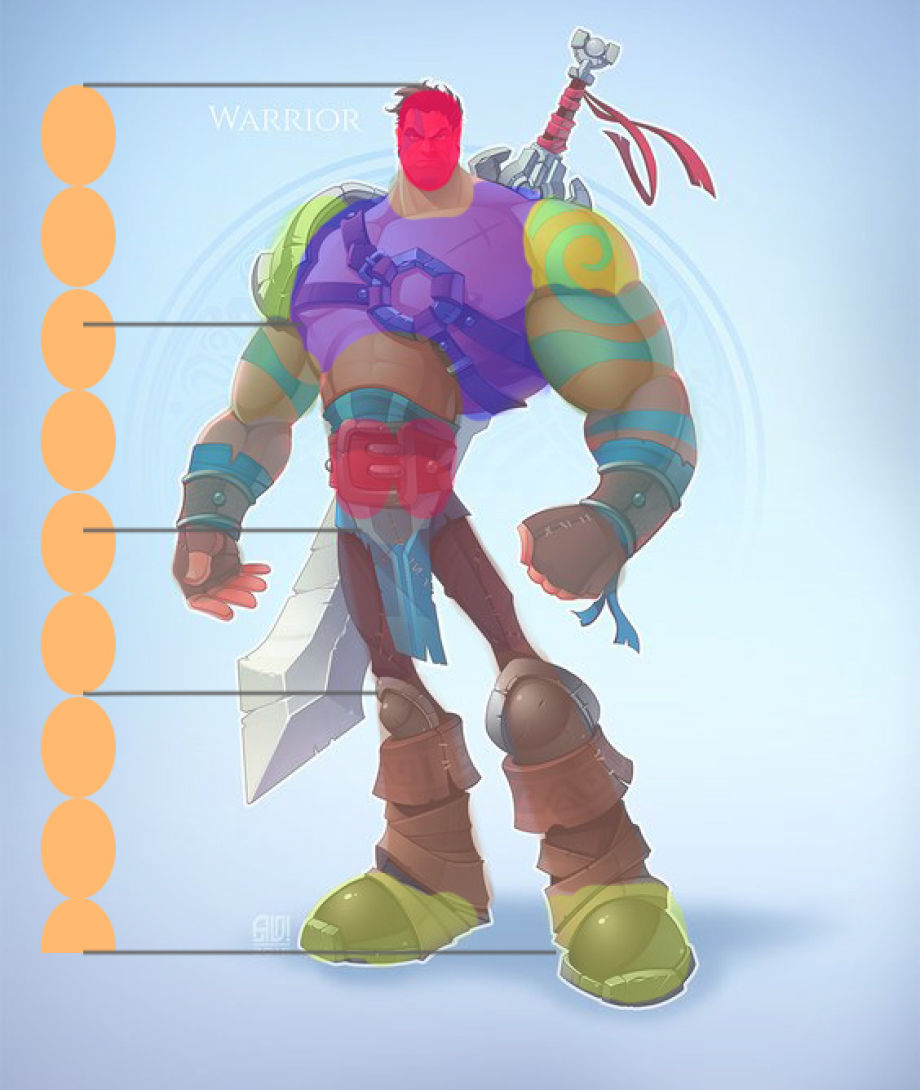 Next step was blocking out the form into simplified shapes. In this case, I used a combination of spheres cut up and transformed to create the base mesh.

For detailing, I relied on two of my favorite tools which are Anatomy for 3D Artist by 3D Total and male anatomy figure also by 3d Total. After preparing the blockout mesh I dynameshed the pieces together and started to cut out planes and add secondary forms and muscles.

In the week that followed, I got pretty far in the model and decided to bring the character into Maya for retopology. After that, I started modeling the clothing. 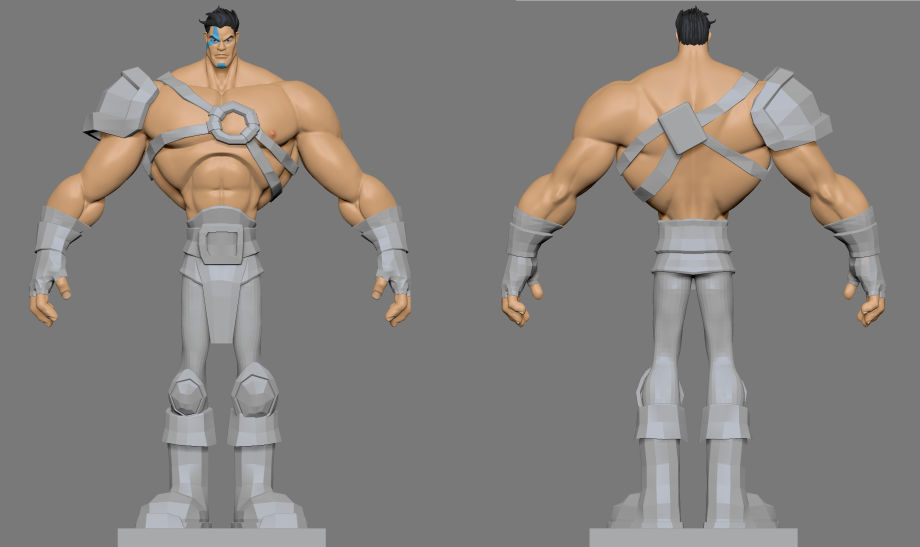 My sword and other small props are all created within Maya. I blocked out the proportional shapes with primitives, then subdivided and manipulated the mesh in order to get the shape I wanted. 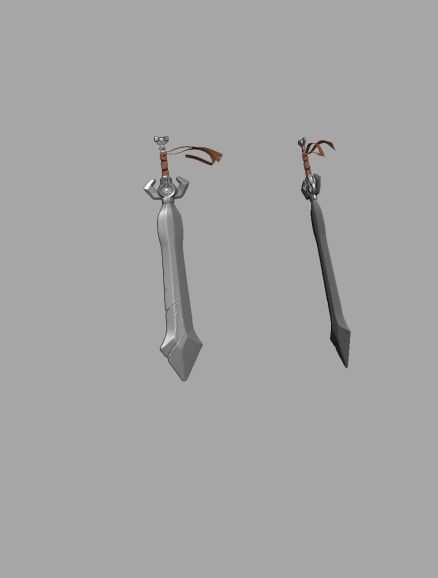 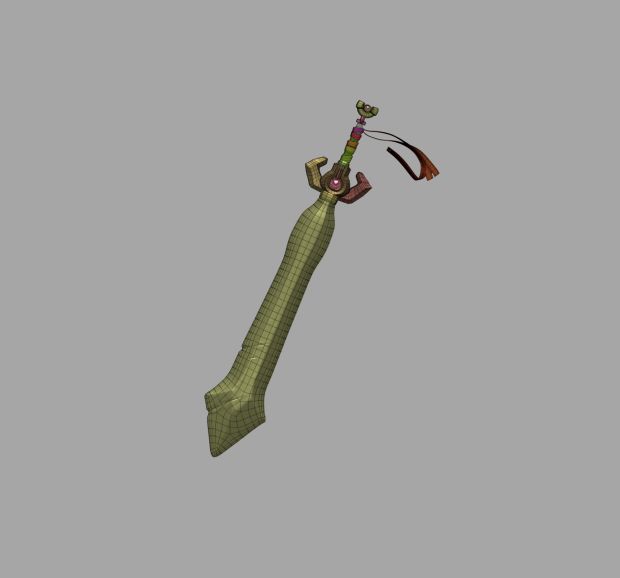 To make a character feel organic one must understand the body mechanics of a human really. Whether you are going stylized or more realistic, a general understanding of anatomy is key in order to make something look real and not bizarre. Now, to get a pose to look more organic, I usually study the human form and take reference that will allow me to create the subtlety in the pose that makes every overlapping mark work together to get a clean and organic result. Hannah said that silhouette is key and no matter what pose you go for, remember to balance your character. 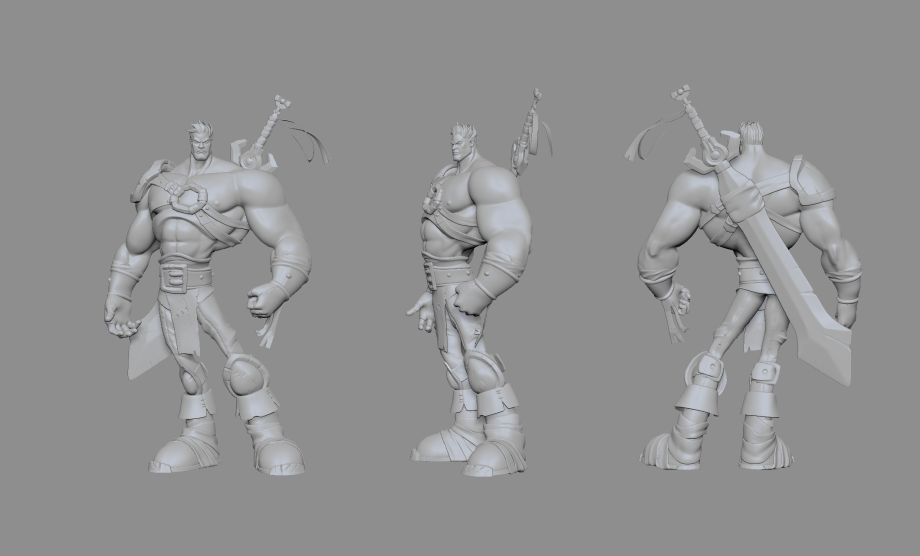 My main texturing tool for this character was ZBrush poly-paint although I would normally export my characters to be textured in either Mari or Substance Painter.

When it comes to texturing a character whether it being stylized or not I always try to keep it as close to the concept as I can. For this character, in particular, I painted as I modeled in order to get a better feel of the character. 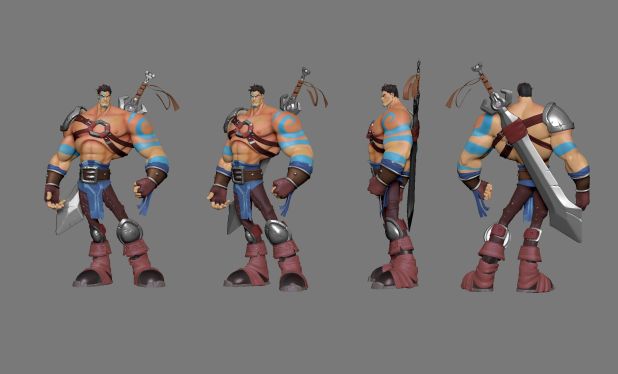 Once the model was complete it was time to render for presentation. Since this course focused mainly on the process of creating a stylized character in ZBrush I decided to use Keyshot. This external renderer allowed me to play with different HDRI lights and get great previsualization render as well as add different materials with no UVs. 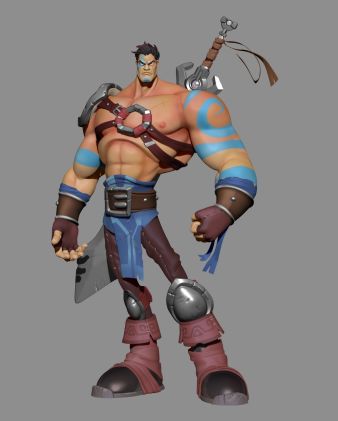 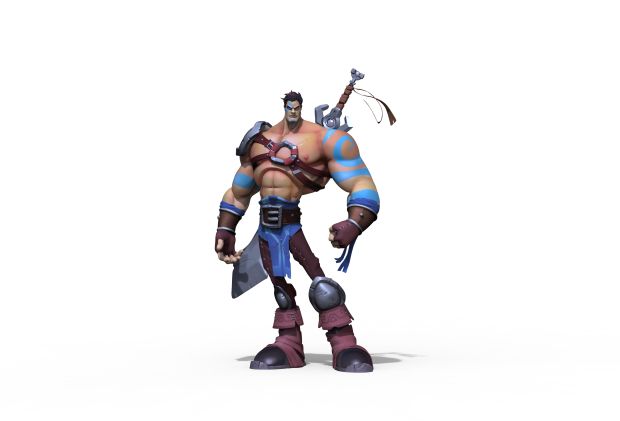 To anyone who wants to improve their craft, I highly recommend checking out CGMA and their online courses taught by professional studio artist. It helped me develop a better eye for modeling. Thank you, CGMA and Hannah Kang for your awesome course!

For more information on CG Master Academy and the Stylized Characters in 3D course, please visit the CGMA website, or email 3d.registration@cgmasteracademy.com.