My experience began when I used to study Computer Science and started to learn 3ds Max in a small school on Saturdays. After studying for 3 months, I got chosen to create a short film from sketch to represent the course I was in. With a deadline of 4 weeks, I had to learn everything (animation, rigging, texturing). In the end, the story was shortened, everything was not perfect, but I’m proud to say that I did it and by the time I really liked it. I got a great opportunity, with an impossible deadline and even not knowing much at the time, I did the best I could and the result was pretty good to me, and that was really exciting. Few months after, I decided to stop studying Computer Science and move out from Rio to São Paulo, to study in a place called Melies where I would have many opportunities to grow as a student and as a person. It made me realize how I much like to work with 3D environments, and nowadays I rarely make characters. Since then I’ve become a freelancer and did several projects counting on games (that is my focus) to TV commercials and TV series.

I am a huge fan of Alexey Grishin (Sephiroth Art) and I was in love with this concept since it was released, but in that time I believed that I did not have the experience and capacity to complete the project, so I held on standby until the moment I decided to take a chance. The project took many days, more than I imagined, but it was totally worth it. 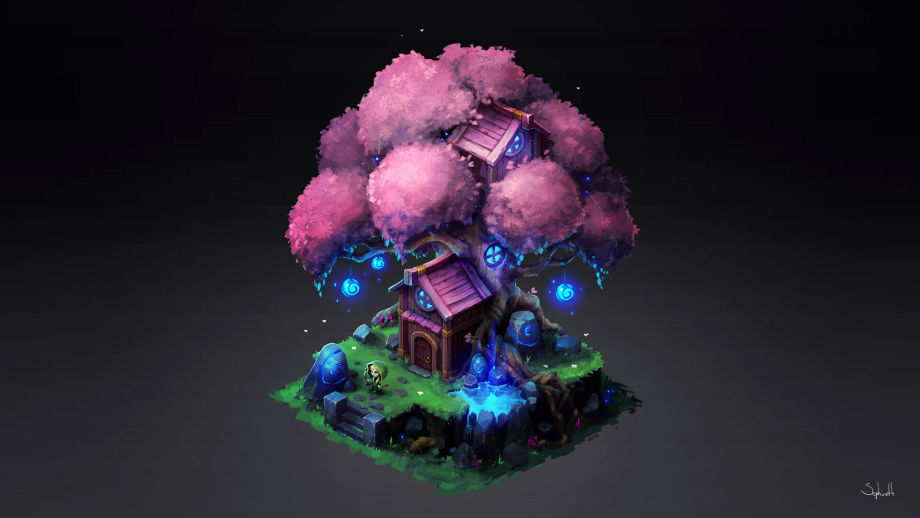 Practically all of my projects use the same workflow: I start the project with finding the correct camera and try to see if the perspective works or if I will have to make little changes in the project to make it work. After that, I start modeling basic large things like the floor or mountains, because with them, I can already realize if the camera is working correctly or not. Then I move to “real” modeling and craft other objects. Getting the scene done, I organize the UVs and send it all to 3D Coat as a unique .obj file. In 3D Coat I do the painting, every time checking in Maya how the texture is working and fixing things. Overall I work with 3D Coat, Maya, Photoshop.

In Elf Tree, I started making the piece of land and the stairs to find the right proportions. After that, I went on TO the stones and did some basic modeling for the house and the trunk. The major problem was the leaves: first, I thought I would paint each leaf but it would be too time-consuming so I decided to do the leaves with mash and try to repaint over it with the opacity map and the diffuse map. The grass was done after I was sure every other thing was correct.

In the GIF, you can see the modeling and texturing process. When painting, I start picking the most basic colors of each object and try to see if everything looks correct. Then, I do basic detailing, try different things, evaluate whether each object is in its proper place. Sometimes, in the end, I find minor details that I would like to enhance, but not always. 3D Coat is a really easy program to learn because it seems much like Photoshop. The key is always to try to set up the camera in 3D Coat like the camera in your render engine and see if everything is okay. Keep exporting the maps and testing them out and, of course, don’t do anything in a hurry, take your time.

The 2D style is something I’ve wanted to try out for a long time. The key is to make just one light in the scene and turn off the shadows. That’s everything I do! Well, you will need to paint the shadows in 3D Coat, but in the engine, that’s just it. Another thing you can do if you want to make your 3D piece look 2D is to save Ambient Occlusion render to use it in Photoshop and make it look a little bit 3D. Use a multiply blend mode and put the opacity around 20%. 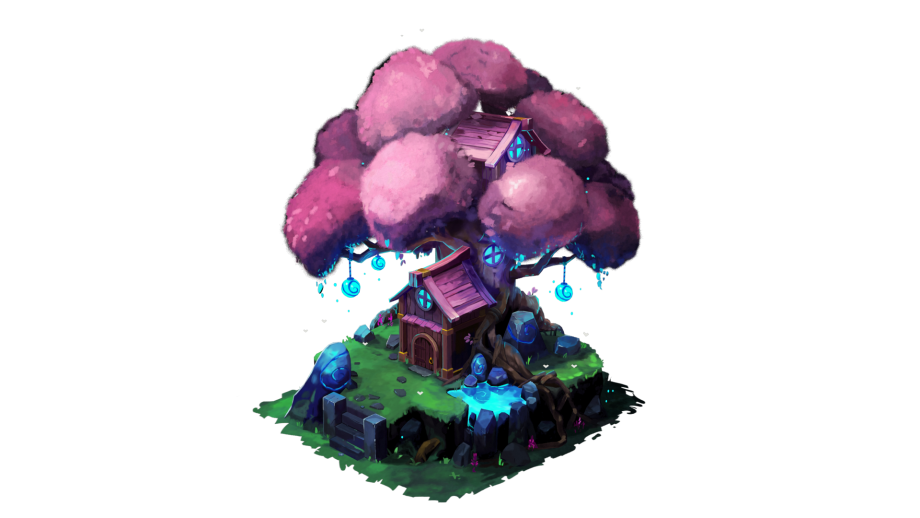