3d artist Vincent Joyal did a detailed breakdown of his 3d scene, that will teach you how to create complex architecture with a clear modular approach. 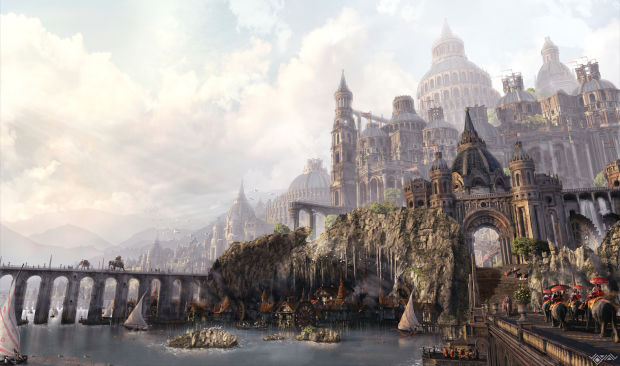 My name is Vincent Joyal, I am a Senior 3D Environment Artist currently working at Square Enix/Eidos Montréal and I’ve been crafting universes for the past 14 years. The most notable projects I’ve worked on are: The Prince of Persia Trilogy (2 and 3), Rainbow Six Vegas, Deus Ex: Mankind Divided and Thief. I’m also an instructor at the Champlain College of Vermont (Montreal Faculty). On a more personal note, my passions include traveling the world and reading/collecting architecture books. 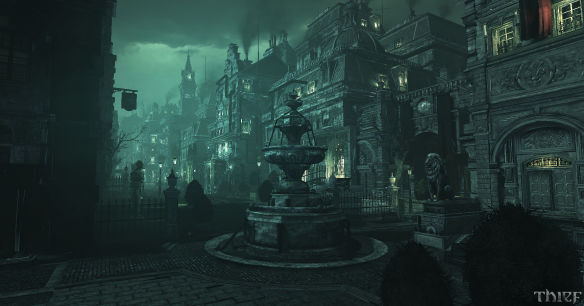 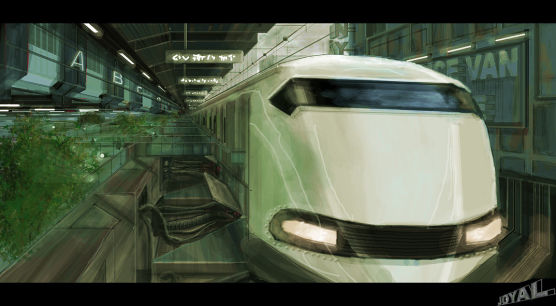 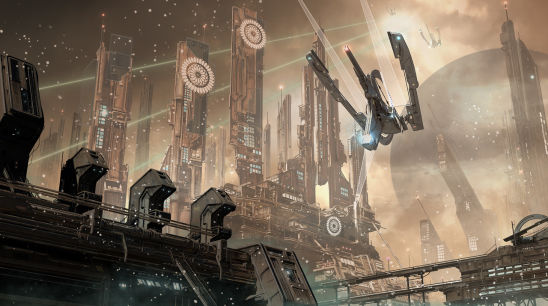 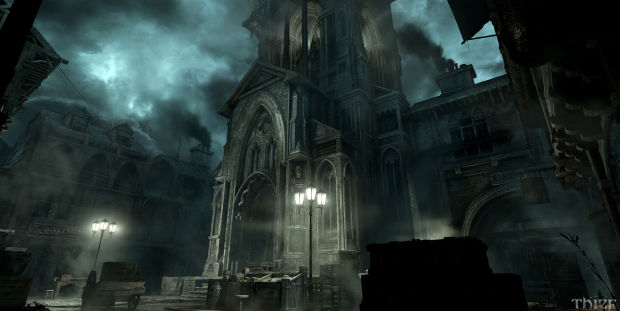 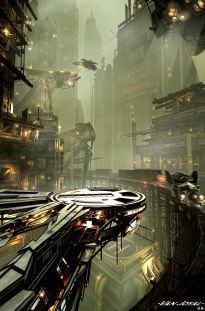 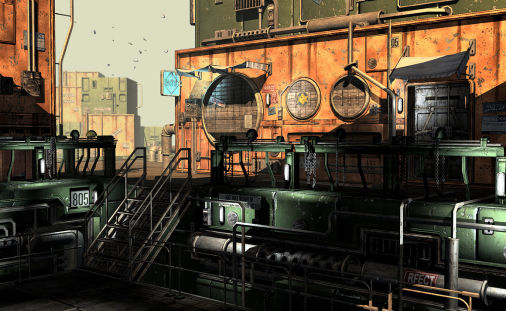 The image was created for a university class I was following in my spare time thus had to be finished in a one month time frame. I really wanted to represent 2 different social classes co-existing together and was keen to explore architecture similar to the genre used during the Constantinople Era, as I had just returned from a trip in Turkey. As a video game artist, everything I create must look good from every angle, whether the player is far or close to an object or scene, making it difficult to cheat certain visual effects/styles/level of details. With this image, I really wanted to remove all of the limitations mentioned above and sculpt freely, knowing from the very start of the conception of my image that the finished product would only have to look good from a single angle. This enabled me to include 2D elements such as: people, atmospherics and fine details that were simply painted in or extracted from various photo references.

This project started with a vague idea, and even vaguer sketches. I personally don’t like to start with super-detailed sketches for my personal work as I feel too constrained and tend to stick to the original image too much. Therefore I, intentionally, created small undetailed sketches to slightly guide myself at the beginning of my conception phase. In most cases, my ideas and vision of the final result evolves into something totally different once I start creating 3D assets… and I’m fine with that organic process. For this project, I decided to skip simple blocking and directly start modeling buildings individually and play around with them to fix my final composition rapidly.

Example given of a few undetailed sketches:

Example given of quick initial blockouts: 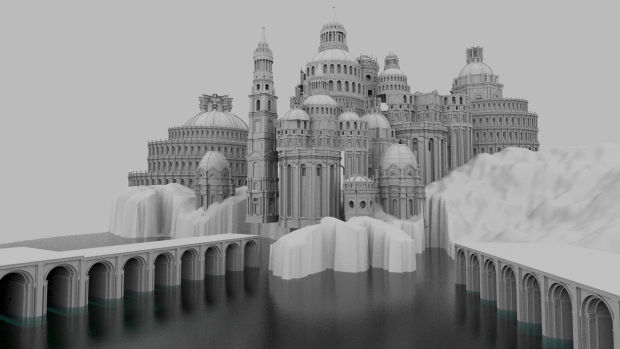 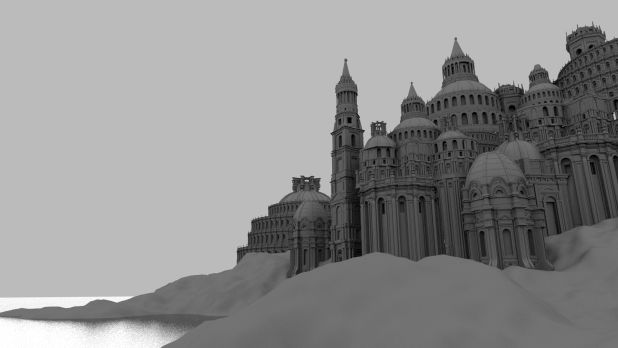 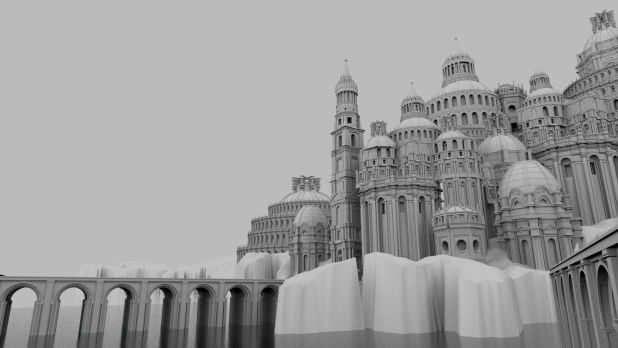 The buildings were the first thing I started working on. I simply gathered image references of nice buildings from my books or on various websites.

At this point, the constraints I chose to impose to myself were the following: respecting the global shapes from my vague sketches, choosing buildings from similar time periods and selecting buildings, which I found were aesthetically beautiful and complex.

From there on, I simply started modelling each building one by one without necessarily thinking of the composition of the final image. I modified the architecture slightly by adding or removing new shapes. That way the buildings would not be exact duplicates of existing architecture. I also drastically optimized the amount of details knowing most of them would be seen from afar. 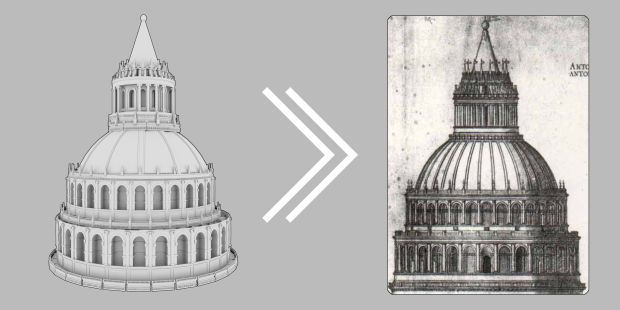 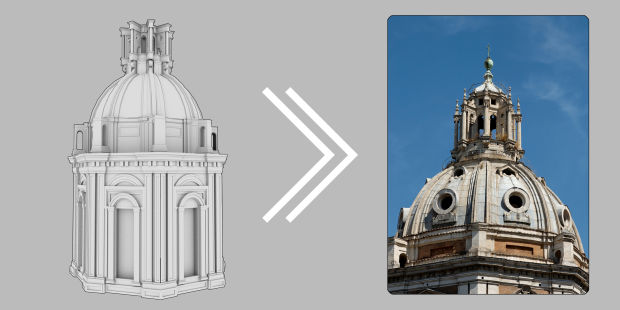 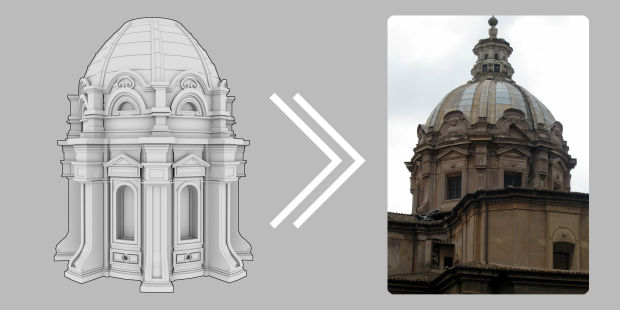 Most buildings were created using a grid-based modularity system so that I could break down complex buildings into only a few pieces, which I could duplicate within a building or throughout the scene. Working with mesh instances was quite useful as I could quickly apply changes to an entire building by simply modifying a single (parent) modular mesh. 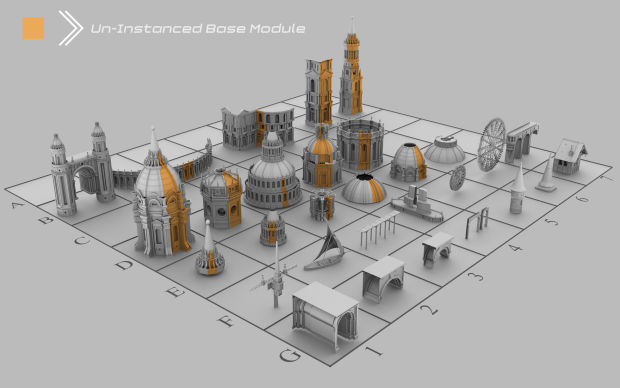 To address cylindrical buildings, I started by creating simple primitive cylinders (representing the size and number of faces my building contains). I then extracted only one face along with the cylinder’s pivot to simplify the instancing of modules and froze the pivot’s information. This extracted face was then sculpted and duplicated.

The final image itself is actually split into 10 different layers. 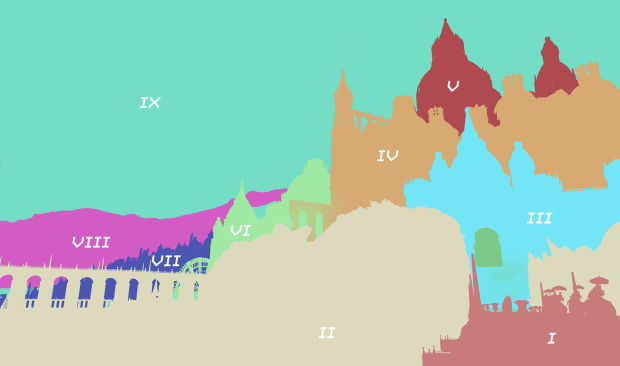 This layering may seem a little extreme, but I really wanted a great sense of depth in my final image. Breaking down my scene into multiple “chunks” really helped in the end when I needed to balance my atmospheric density by manually layering white layers in photoshop on top of each masked layer sets at different opacity levels. 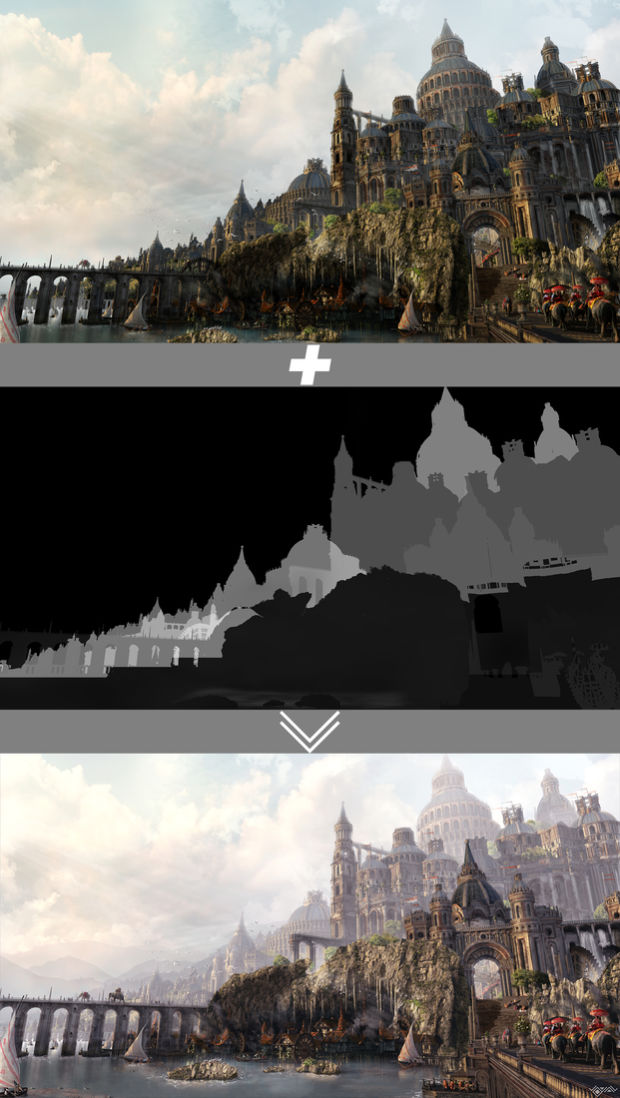 Each layer had its own “Selection Sets” in 3DS Max and within these sets I often used “Groups” to assemble multiple modules belonging to a single building. The distant portion of the vast city, represented above by layer “VII”, had to be split into an entire different scene as the polycount was too heavy, hence rendering the scene literally unworkable.

I personally do not find these buildings to be amazing or tricky to create. Indeed, the structures “look” complex but the only thing intricate about them is the modularity breakdown and repetition. My suggestion would be to observe how architects used repetition when creating their masterpieces, and to use their repeated patterns to the artist’s advantage.

The entire scene only contained 8 different material presets from the “Arch and Design” in 3DS Max’s library along with a few custom textures D/N/S. 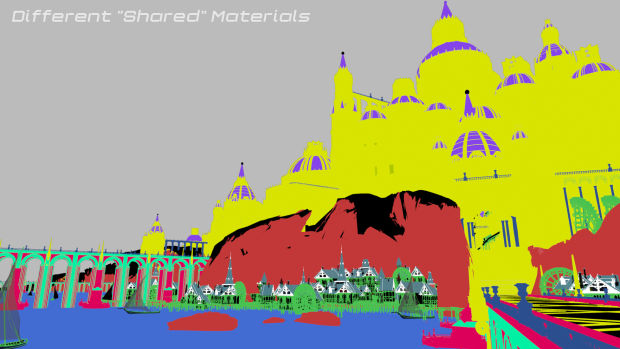 The different colors on the walls were all painted in Photoshop using a flat color in the main layer hooked to a dirt mask to create subtle “dirty/used effects.” I also overlaid a lot of cracks and ornaments in photoshop to create variation on my flat surfaces.

All the people and animals were added by using photo-references and paint-overs. 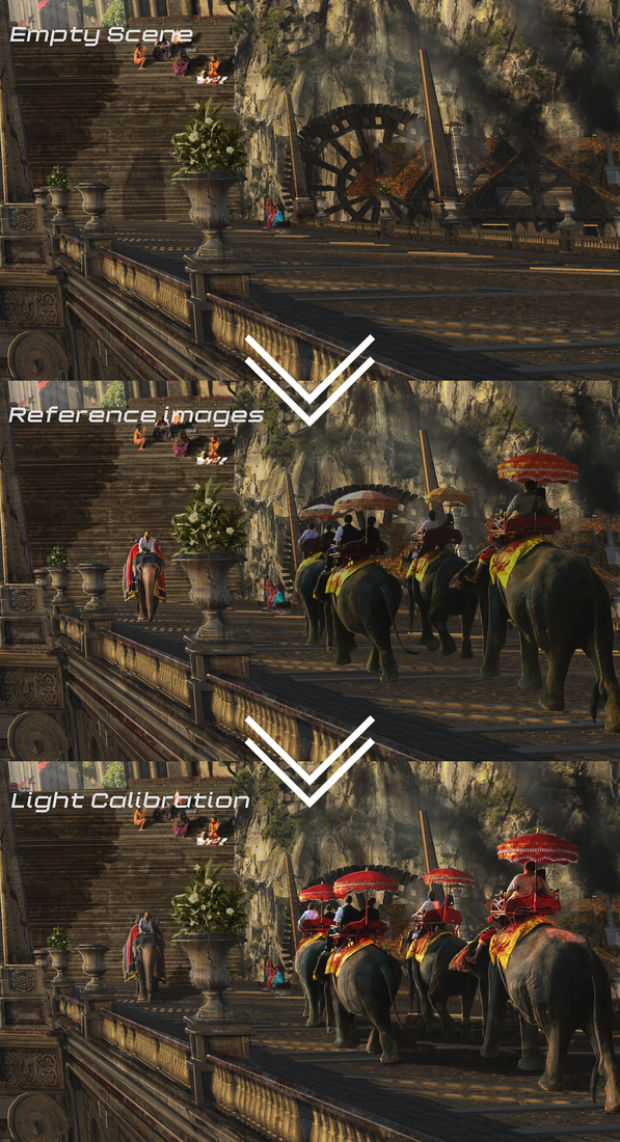 My final renders were actually a mix of Iray and Mental Ray in 3DS Max, I used the MR Sky/Sun and projected my 2D sky to actually cast some it’s color information into my scene. The post-effects used were just the regular “Hue/Saturation/Levels/Brightness” from Photoshop. A thing I did at the very end of my project, which I think is worth mentioning, is the fake overexposure effect. I was very disappointed when looking at my image as it looked very “3D” and fake. I decided to modify my alpha masks by adding a blurred stroke around my buildings that were immediately in front of the horizon/sky. I personally felt that this gave my image much more of a cinematographic look. I found it ironic that overexposure is something we periodically try to avoid in photography and go through the trouble of adding it manually into our art.