Aaron Rugama is working on a submission for Blizzard that will hopefully help him get an internship there. In this article, he talked about the development of his character Blair Morgan for Overwatch, weapon, textures, and presentation.

My name is Aaron Rugama, I’m a 21 years old student from Madrid who always loves to head into fresh projects and try out cutting edge video game technologies. I like to be seen as a Technical & 3D Artist, because even if I make tools, shaders and all that kind of stuff, that doesn’t stop me from making traditional art like characters or props, at the same time incorporating everything into the engine to make it playable and useful. I’ve always had a special interest in art in video games, and when I started my degree in this department I had the opportunity to get into the world of development. I’ve been working as an intern on a lot of amazing professional projects while also having fun in Game Jams. Since then, I have dedicated most of my time to development because the best way of learning is to get your hands dirty. 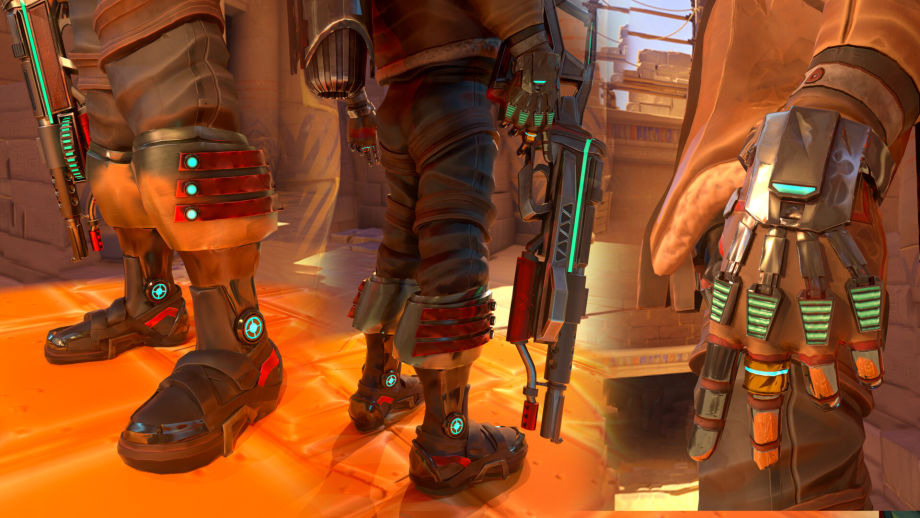 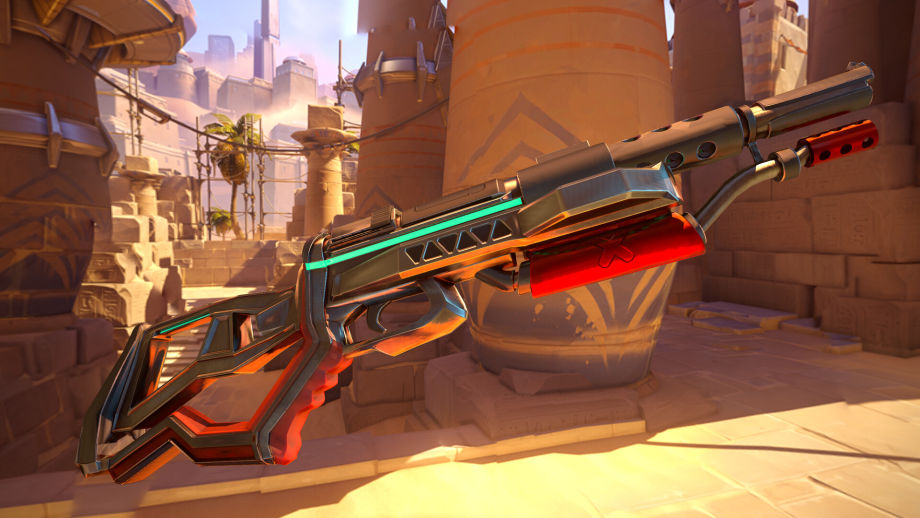 As a student, I would love to be a Blizztern, so I decided to put all my effort into my submission to make it really special. I’m also proud of being a gamer because that makes you think from different perspectives. The idea originated from creating a design that wouldn’t go beyond the paper like a child’s drawing. Then I imagined how it would feel to play with this character… and that’s what I ended up making: an entire game-ready character you could play with, all his mechanics, background and storytelling, while also fitting everything into the Overwatch universe. It was also a fantastic opportunity to make my first approach to stylized art!

Blair’s Story & Planning of the Project

Blair Morgan is a flamboyant renegade raider from Scotland. He built an entire criminal empire from the ashes of the Omnic Crisis, making himself one of the richest humans alive. He is cocky, funny, and always worried about his self-image but he is also crazy. He could be one of the most ruthless men on earth.

Working on the whole project was really hard since I had to go to university as well. So I decided to focus on three main bullet points: the corporate identity of Blizzard to make Blair fit into their flow, the human kind giving the character believable attributes that people can relate to, and making a unique Overwatch character. 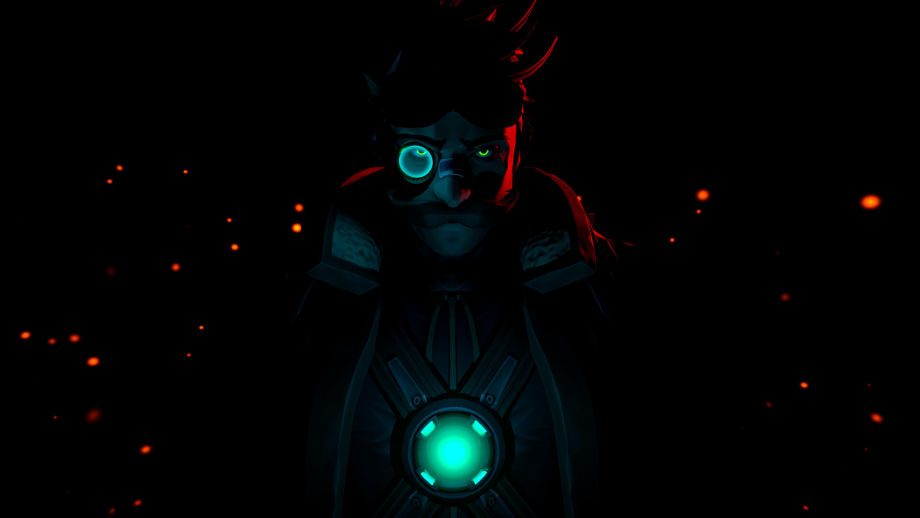 My workflow involved ZBrush and 3ds Max. I sculpted the entire character from scratch, paying special attention to shapes and his corporal balance design. Overwatch has a kind of real stylized art, so I made strong outline and large shapes, making sure to make Blair recognizable from every view. I made all the organic and main shapes for hard-surface objects (weapon and jetpack) in ZBrush to later optimize the meshes for the game with 3ds Max I took the average tricount and other technical details from Timothy Bermanseder’s article on Polycount. 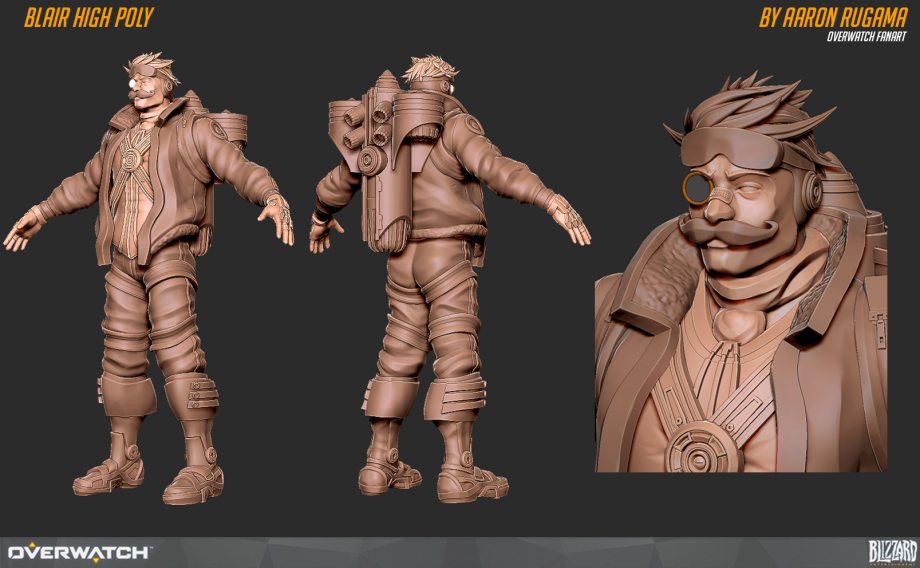 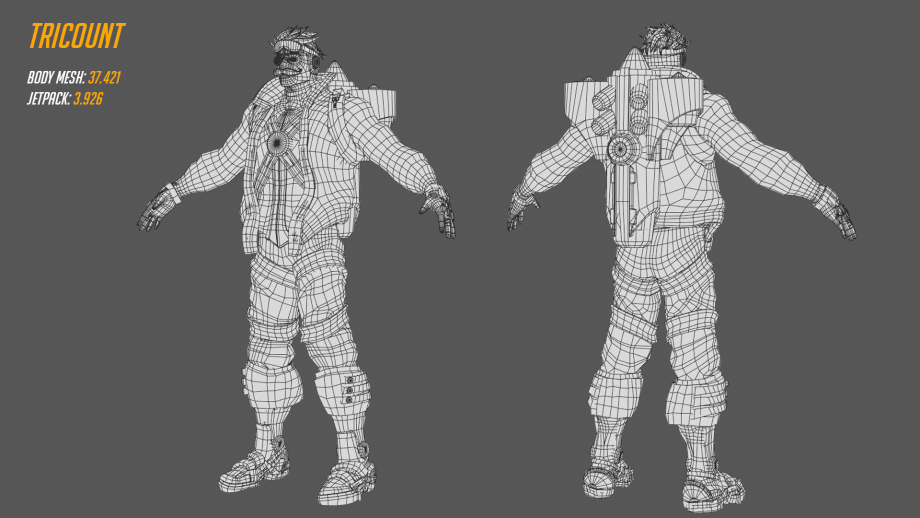 Getting an Overwatch Look with Textures

Texturing was one of the challenges that made me learn the most. I had never done hand-painted textures before, so I had to do tons of research and use some tricks here and there because painting these textures was way different from what I am used to, realism.

I wanted to point out that AO and cavity were especially important when trying to achieve an Overwatch look, as well as obtaining a perfect bake to get distinctive shapes within the texture and saving up a lot of triangles in the model. 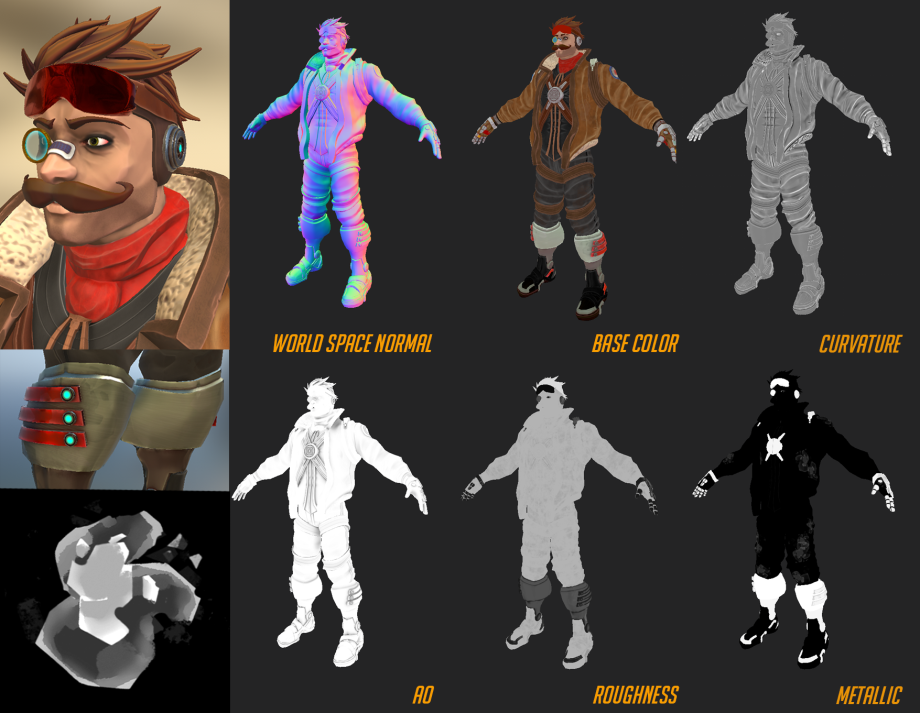 The weapon is an automatic rifle with a horizontal drum that turns as bullets get fired. It also has a flamethrower at the bottom which can be used as a special ability by pressing E.

The weapon and its functionality are based on the character’s personality. He is an old person with the dark past, so I thought of him as someone with a modern Sten Gun in the Overwatch style. The character also has a fetish for fire, so adding a flamethrower sounded sick.

Interesting fact: I had to change the design of the original weapon since it had a classic horizontal magazine. A teacher told me that it was a UX issue as the magazine totally messed up the “Rule of thirds” interfering with the player’s view and restraining from good interaction with the space. 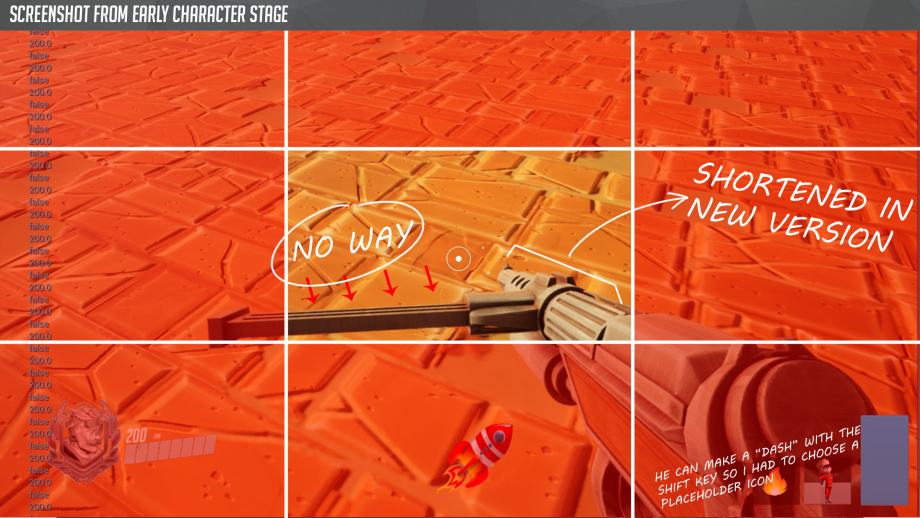 To be honest, key animation is not my thing. I have made a good rig, and right now I’m working on the animation. I use retargeting for a part of the animation as well as work with the state machines and locomotion in order to achieve something similar to the movements in Overwatch.

The Overwatch animation looks incredible to me, and I would love to be able to similar sequences, but I will have to improve a lot as an animator to get there.

The renders were set in Marmoset Toolbag. It was rather easy to get some insane results with some settings after doing a good job with the textures. However, the submission for Blizzard is an entire build with the Hero Gallery and a small map to test the character against others and see the gameplay. I decided to use Unreal because it’s the engine that I use for most of my personal projects. It was a good choice overall, but I’ve had some issues. For example, it was complicated to get different FOVs for the weapon and world due to the render passes of the engine.

At last, it’s really important to bake the lighting in the scene like in Overwatch and use lot of global lightning and bounces. 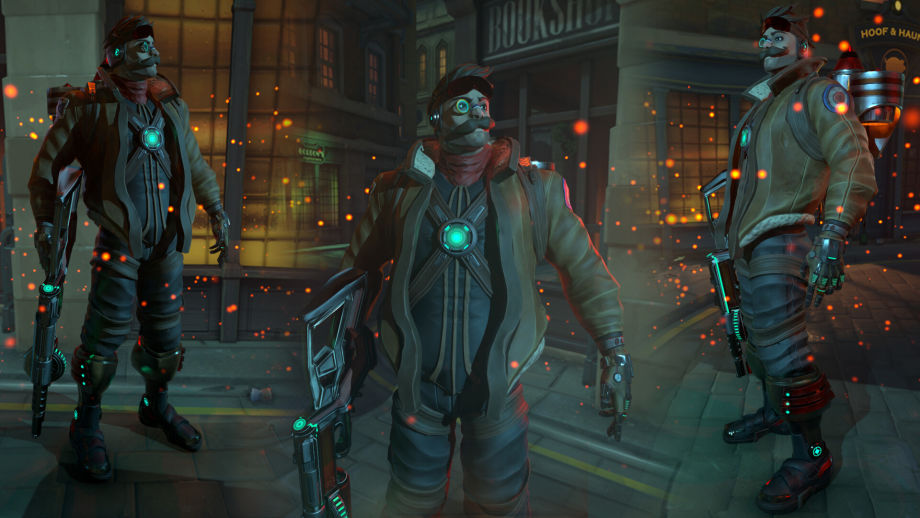 I would’ve loved to work with more people on this project like the Overwatch team works on theirs, but I couldn’t… this was the biggest challenge of the project. I love to work in a team so I decided to ask for a lot of feedback during the process. I always try to show the project updates to everybody to get all kinds of feedback and advice, because I believe that designing and developing an entire character on my own would lead me to some bad choices. Although, I’ve managed to learn more than ever with this hero, so it was worth it either way.

If you set your mind to do this kind of work you definitely can, but you need to dedicate a lot of time to what you love.

Thank you very much, everyone, who has supported me and will continue to do so!

Stay tuned for Blair’s epic landing with his mustache in November. Even the Earth is not ready for his arrival yet, but are you?

Making a Full Character for Overwatch