The way Pokémon world would look like in Unreal Engine 4.

3D artist Jarlan Perez was kind enough to talk about his amazing Ash’s Room scene built in Unreal Engine 4. It is the perfect piece of nostalgia, which will take you to the world of Pokémon. The artist talked working with references, modeling the room, setting up its lighting and adding some easter eggs just for fans. 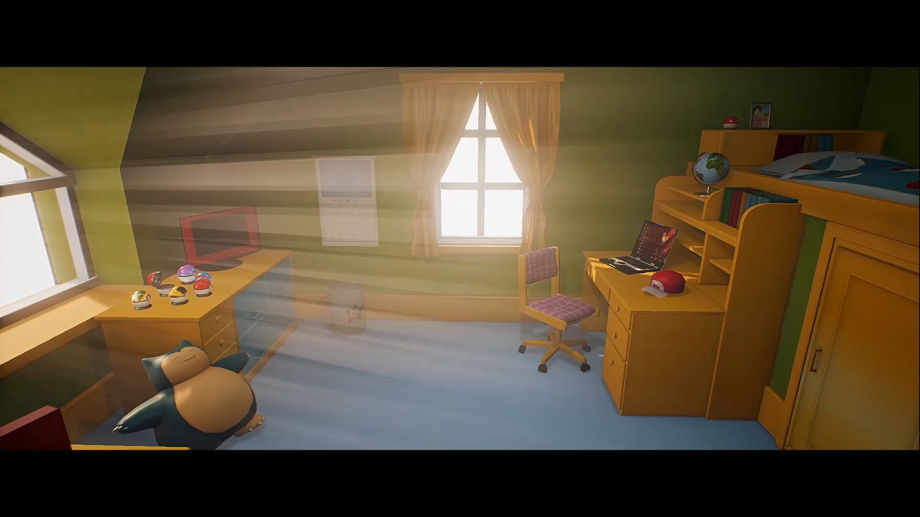 During the day I’m a Design Engineer/Professional 3D artist for a well-known defense company where I develop and design training simulations.

During the evenings I am an Indie Freelancer, developer, 3D Printing enthusiast, Prop Maker, and additional things that I most likely have little or no time to do. I really try and help out the community where I can. Whether I’m answering questions via Twitter on a certain process or what approach I would take on a specific task or simply purchasing packs that devs put up for sale online as a way to fund their development. I feel like this community plays a very important part of the industry so I try to do my part where I can. 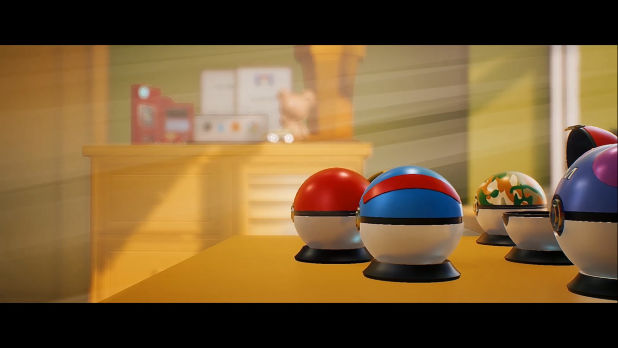 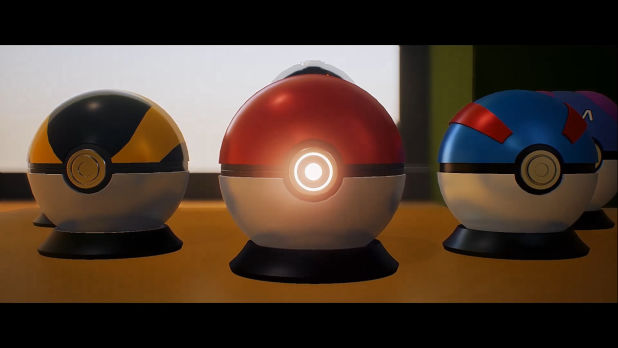 I absolutely love mechs, robots, and pretty much anything sci-fi. Pretty much anything techy will grab my attention. I really like to tinker and find out how things work. I studied Game Art and Design at the Art Institute of Tampa.

One day, my friend Leo and I were having a discussion about Pokémon, we nerd out about lots of things so this was nothing new. The TV series came up and we thought, how awesome would it be to see Pallet town recreated with a high-end game engine. To our surprise, no one attempted such a feat yet. It wasn’t the easiest to get reference for, so I can see why it wasn’t attempted. Doing all of Pallet town, while in our mind seemed like an amazing idea, was just too large of a task to do so we decided to each pick a small location within the town. I chose Ash’s room and Leo, well… I’m not going to really mention what he chose because I believe one day he will release it. What I can say is that from what I’ve seen people are really going to lose it when he does showcase it.

References were tough to get since Ash’s room only makes brief appearances in the TV series so I ended up gathering references from each of the time periods where it did come up and somewhat blended them together. The room is various time frames meshed into one. I wanted to capture that sense of wonder that I experienced as a kid when I first loaded Pokemon Red in my big grey Gameboy. I even included a few easter eggs throughout the scene. 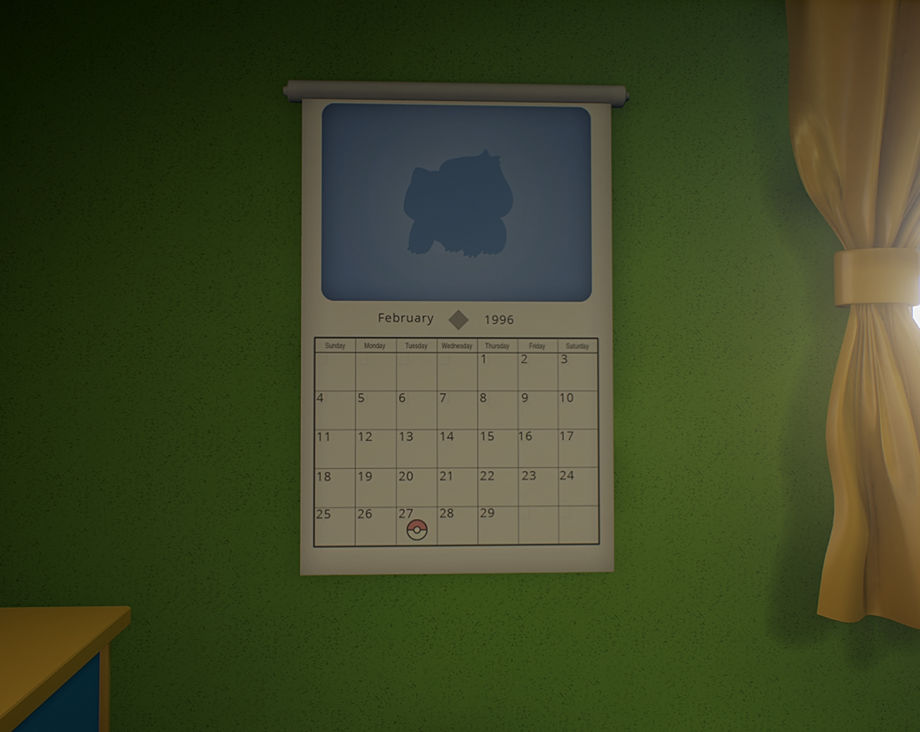 The calendar is one. It reads February 1996 and while I had a marker on the 27th something happened in the process where that lead to that texture not being in the final video, which I only realized after the upload, had been made. So I went ahead and included an image of it here. Also Bulbasaur’s silhouette is the image on the calendar who is the first Pokémon listed in the Pokedex. While Rydon was the first Pokémon designed I decided to use the first listed which allowed me to include a cameo of the original three starters.

While many people mentioned the fact that it is Red’s hat on the desk, Ash also wore it later on in the series. I figured this would be a good way to pay tribute to both characters.

This is a bit hidden and maybe not so much of an Easter egg. In the last few shots you see six pokeballs near the TV, a Pokeball, a Greatball, an Ultraball, a Safariball, a Masterball, and an open Pokeball. The six total with one being open is meant to represent Ash’s team and Pikachu never wanting to be in the Pokeball. It’s more of a symbolic thing since most of the team was captured with regular Pokeballs.

WIP shot of the scene tweaked for VR 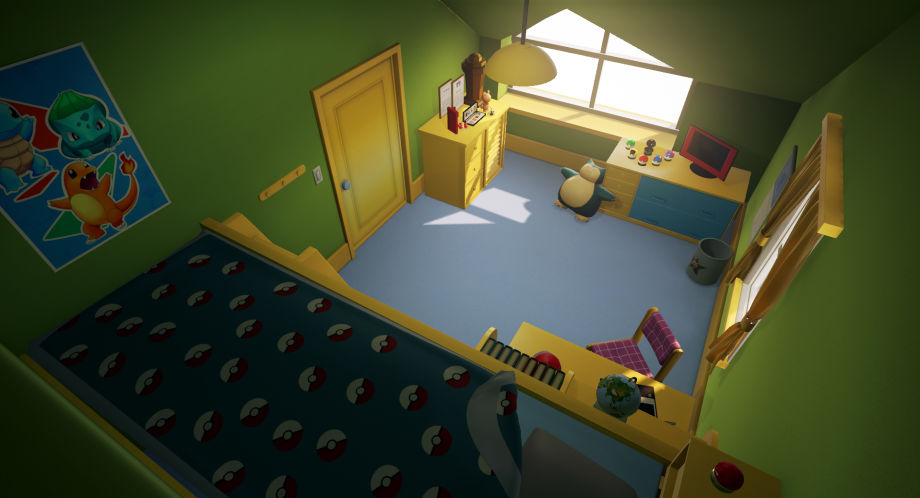 I did a quick block out of the space in 3DS Max then took it piece by piece. The first model I made was the pokeball then the walls and slowly filled in the room from there.

The Unreal Engine has been my engine of choice for a very long time. I have a great relationship with members at Epic, they live, breath, and dream gaming, fun and quality. Unreal Engine 4 unbinds the artist, or anyone willing to learn, of technical barriers. You are free to create and develop whatever comes to your mind, whenever you wish, at no starting cost. With an opportunity like that anyone with some skill can get a project up and running fairly quickly. The engine has been developed to upmost quality. Not only can you get some up fairly quickly but also have it look amazing. 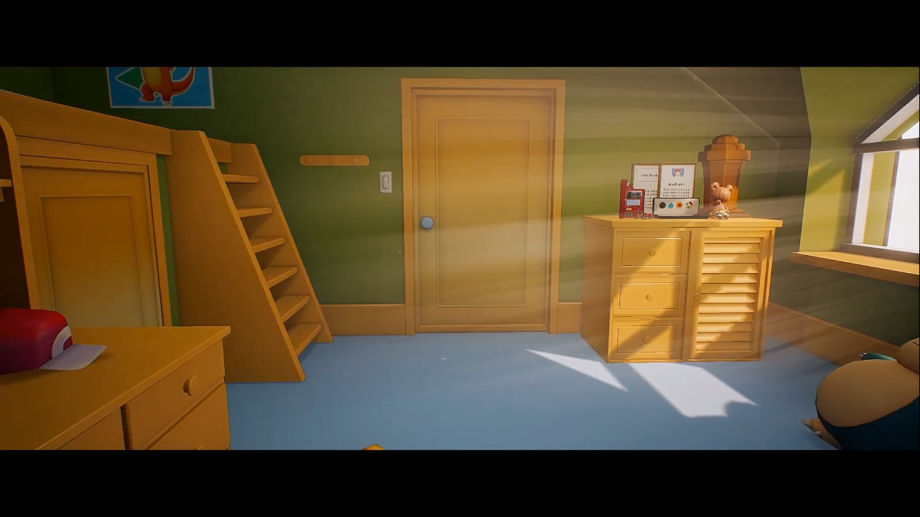 Unreal Engine has been my go to for nearly all of my projects. 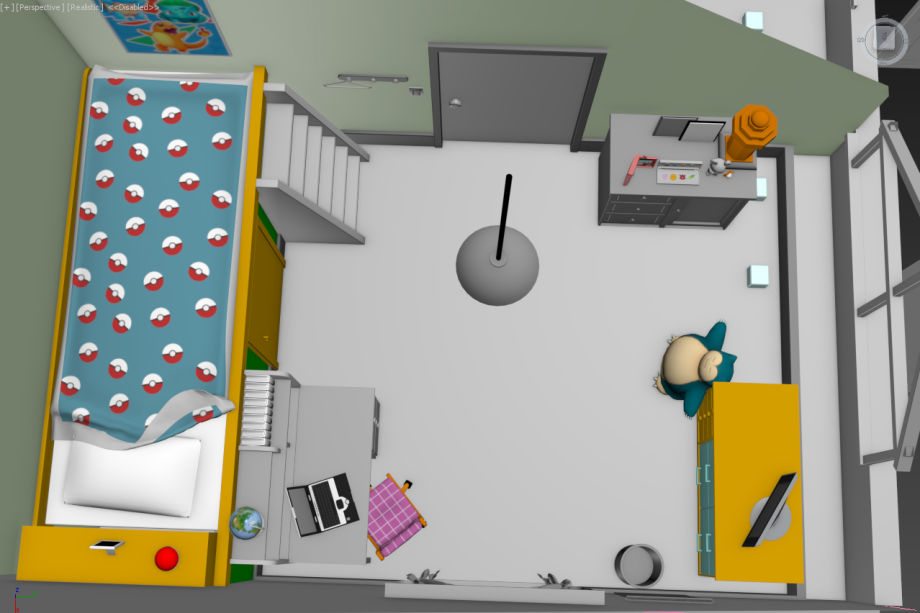 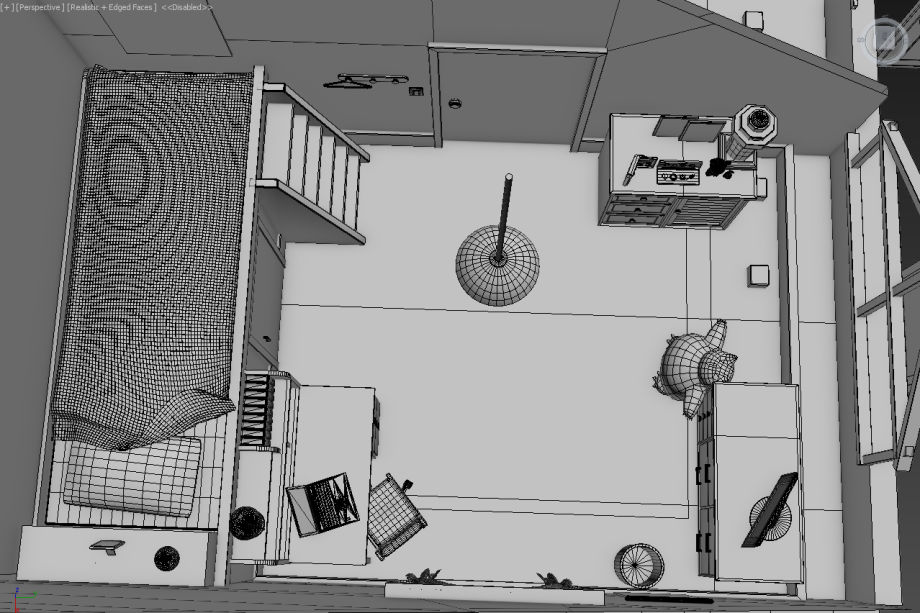 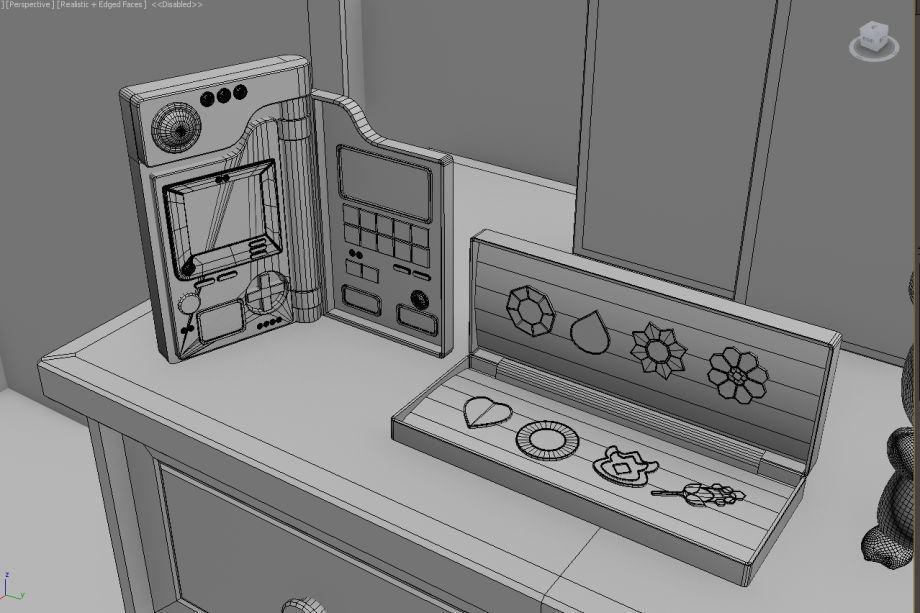 I poly modeled everything in 3DS Max. One of the challenges for me was working in this stylized look. I really admire and appreciate those who do it well and do it often. I myself don’t get to work too much with stylized art so this was a good way to branch out. Overall the modeling wasn’t very difficult but the restraint to stay within the style sure was a challenge. 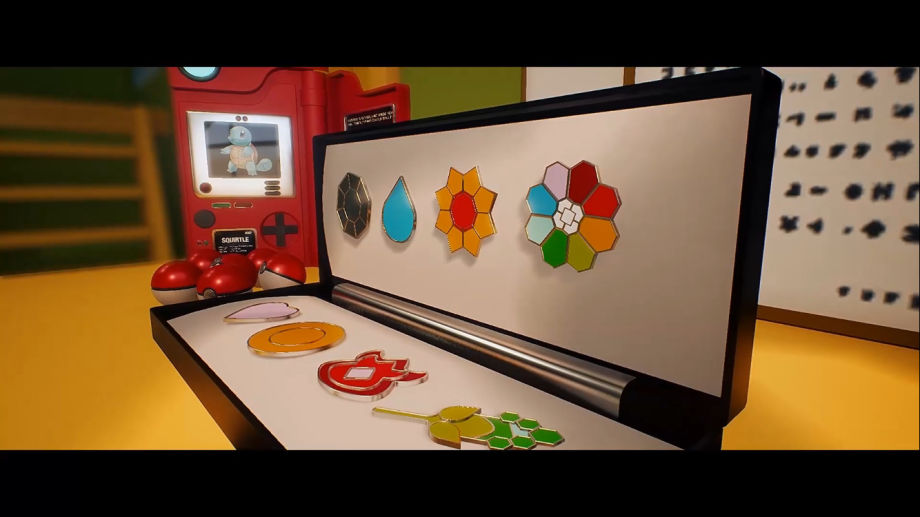 For the materials I took advantage of Unreal Engine’s master material workflow. I created a main master shader and instanced it with minor tweaks and color changes through the scene. It allowed me to work quickly and make changes on the fly without having to go too deep in shader editing. I used Quixel to create the normal maps I used throughout the scene.

For a scene like this, lighting is key. If the lighting is not right the scene is just a bunch of colors on models. The lighting is the main component that makes this work. I focused on flooding the scene with light from the windows as a way to create a warm atmosphere from the sun. I used a directional light and a few point lights in the scene and mixed that in with Unreal Engine’s lightmapping. It took some time to get it right but having that directional light fill the space really helped set the tone. 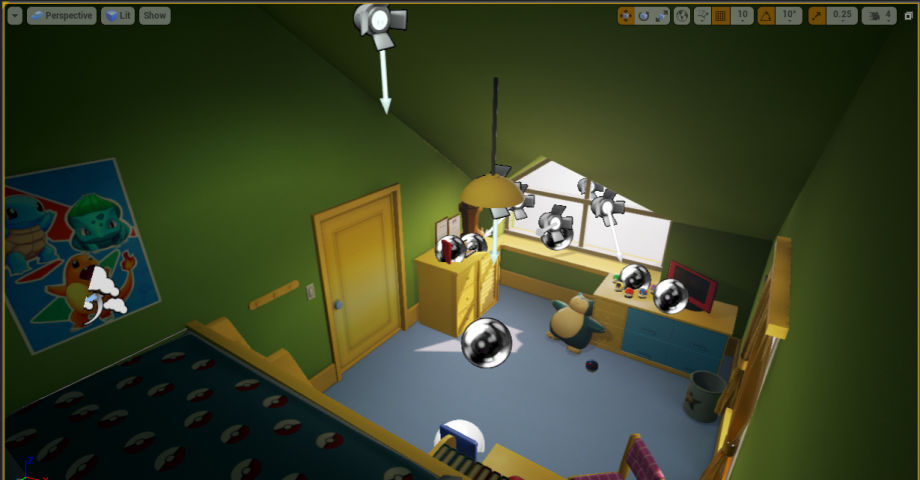 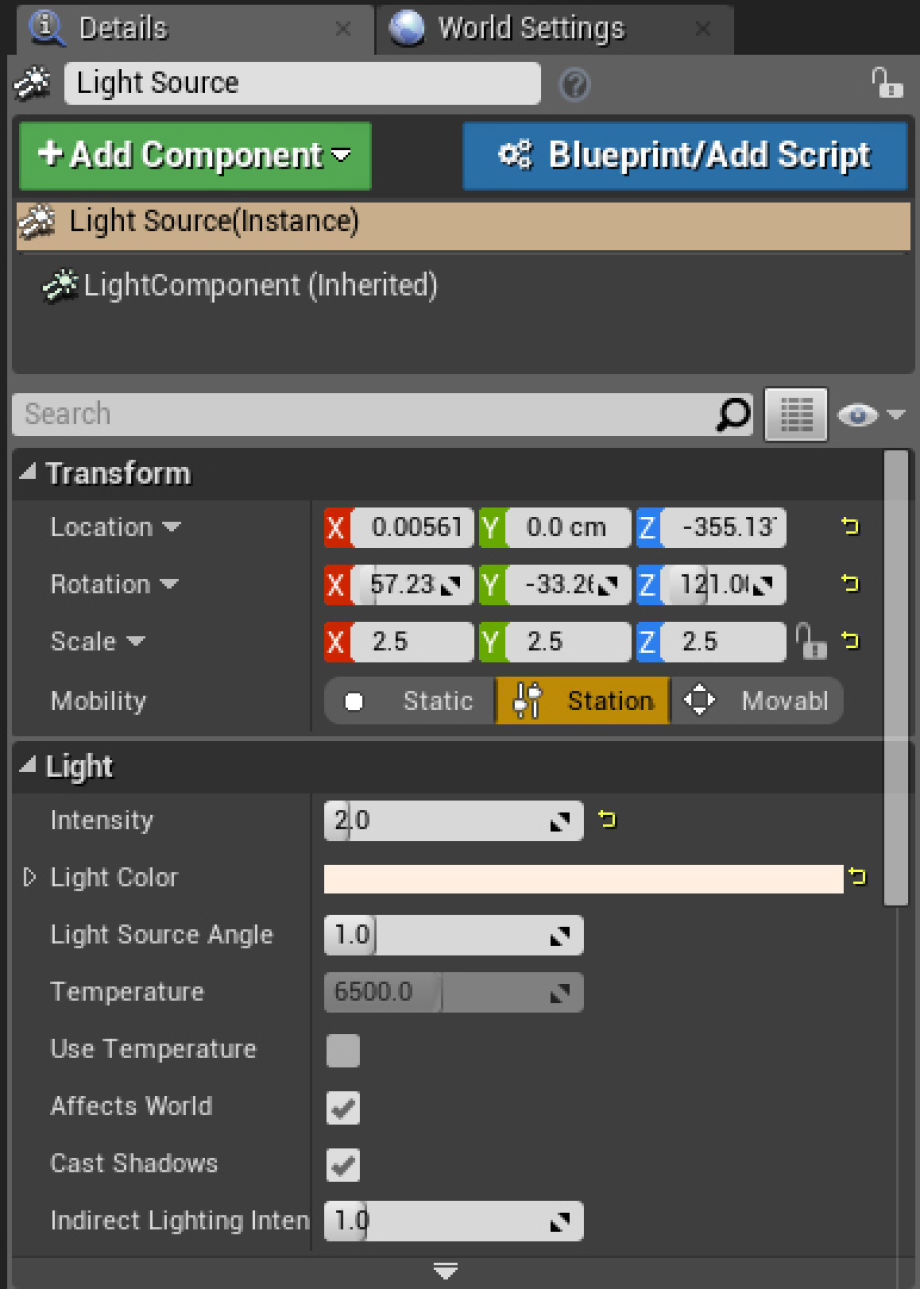 As mentioned above, lighting is key to a great atmosphere. As for the nostalgia factor, I really wanted to create something that I myself would love to play if it were a full game. I added everything that I saw in the room that was in plain sight and I even created a reimagined custom laptop interface for the pokedex. I spent a good amount of time trying to figure out the best layout to display all the information in a pleasing and well thought out manner.

Most of us were kids during that time and Pokemon gave us a sense of adventure and wonder. Being able to live that for even just a few minutes is enough to make you think of why you loved the original, which in turn brings back a lot of the good memories you had during that time. 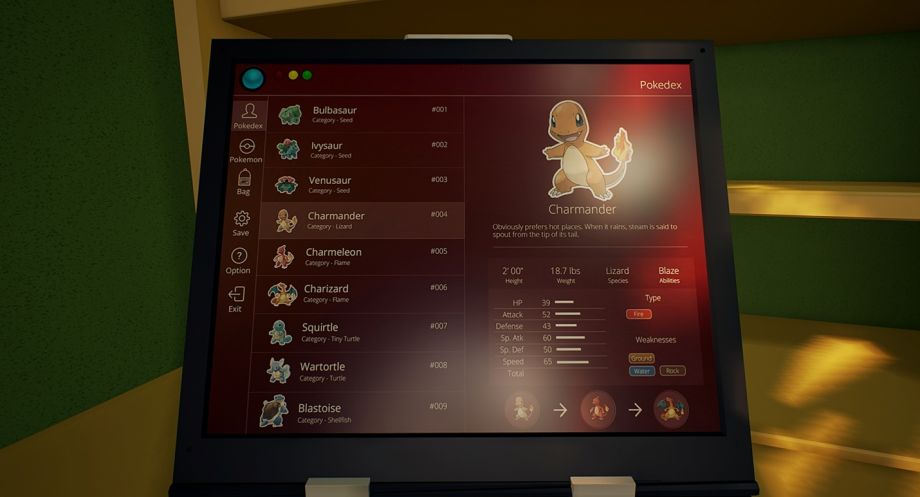 My material setup was very simple for this project. I setup a master material and instanced the various colors. Aaron Kaminer has a great video on how to do this. 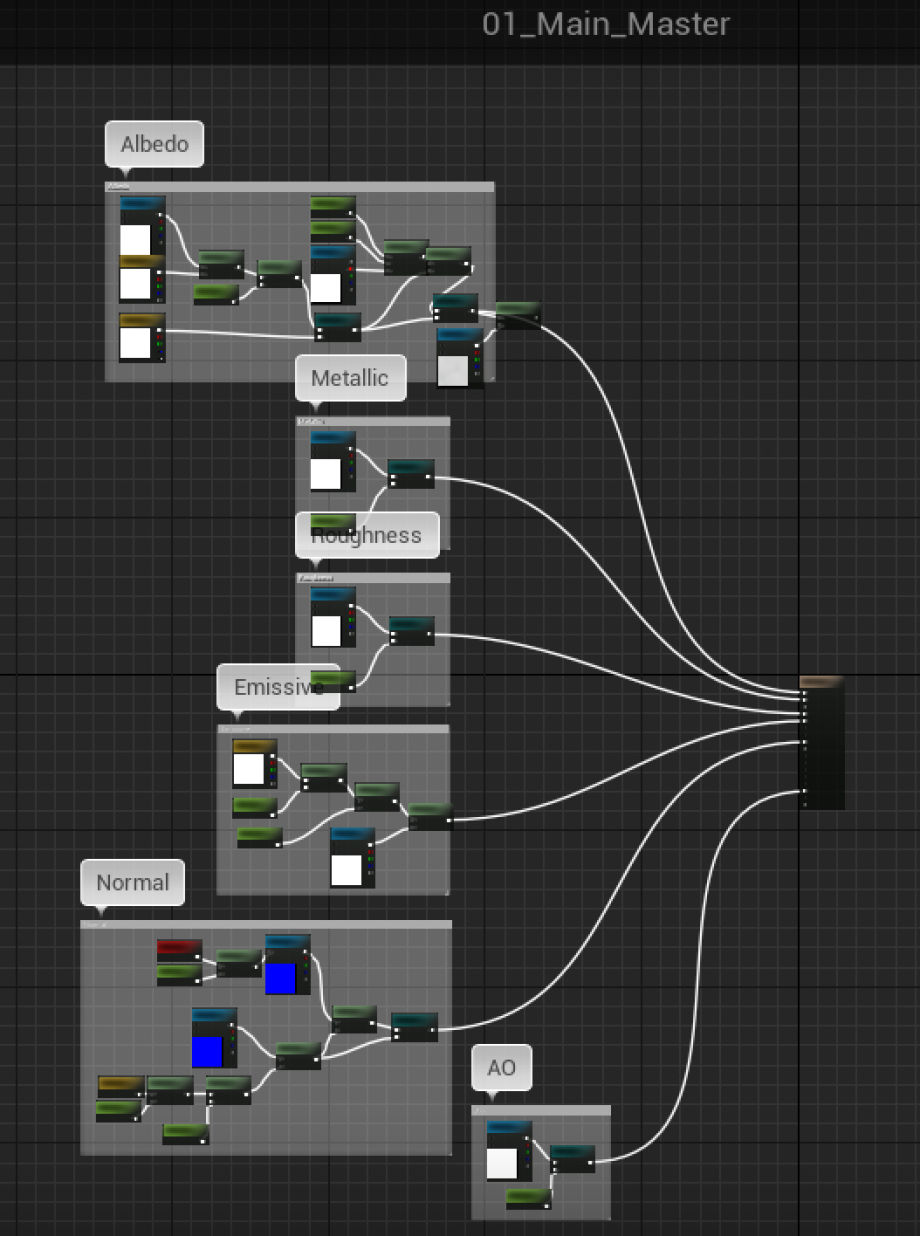 If anyone has any questions I’m always up for a good conversation over on Twitter.