Friend & Foe talked about the development of their indie adventure game Vane. Get it on Steam here!

We are Friend & Foe, a rag-tag group of guys based mostly in Tokyo, but with a few Swedish off-shoots. We are all pretty experienced game developers who saw an opportunity to start our own thing back in 2014, and after a good push, we finally shipped the PS4 version of Vane earlier this year, and now the PC version is coming out! 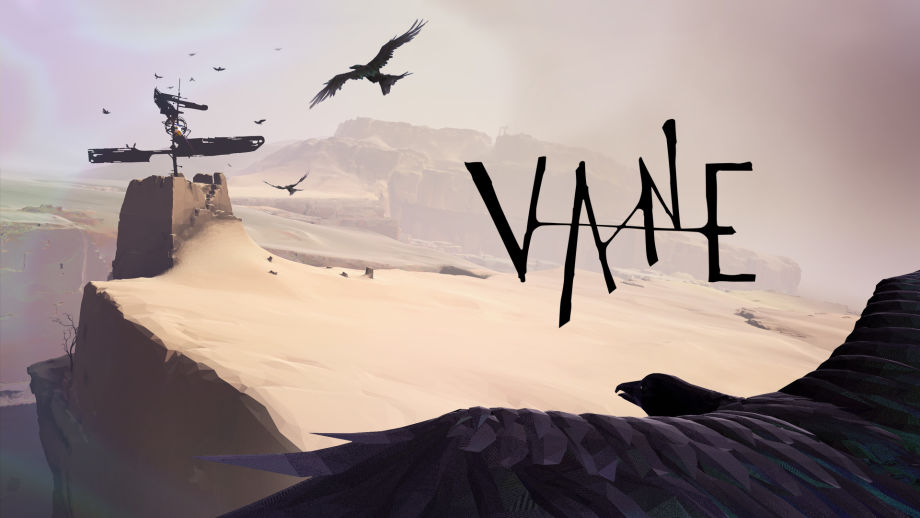 Vane is a strange, hypnotic adventure that tries to do things a little differently. It’s an adventure game without words or too much hand-holding, set in a strange world that you explore as a character that can shift between child and bird. The narrative centers around a mysterious material with the power to transform the world and its inhabitants. It’s a little dark, a little obtuse and may contain some rough edges, but it’s not quite like anything else.

Vane started as a wild prototype built 100% on mood and tries to tell a strange story through visuals and sound. Transporting the player to a strange, immersive world was the main goal, and we drew inspiration from all sorts of ways, from Heavy Metal Magazine-era art by Moebius and Segrelles to artists like Beksinski and Trignac… to filmmakers like Terry Gilliam, Tim Burton, and David Lynch. We aimed high!

Vane was made by (mostly) 5 guys over three and a half years.

The game came out on July 23rd on Steam (get it here!), and is also available on PS4.

We went all-in on maximizing contrast as much as we could, wanting each segment of the game to be different and surprising from the next. To that end gameplay as well as visuals change quite a bit throughout, from flying to exploring as a child to…  other things. Constant goals for the level design was to hint at an evolving world, present stunning vistas and guide the player as subtly as we could. With the player having 360 degrees of freedom most of the time, it was harder than we thought and we certainly learned a lot in the process.

Everything in Vane is “hand made”, i.e. no real procedural tools or tricks were used. It was important to maintain the look and  “texture” of the sculpted-but-polycrunched assets, and for level design, there was no real shortcut for just moving things around until it worked.

Visually we tried to focus on the sense of scale, contrast, silhouettes, and gradients – the big picture stuff. We did this by deliberately leaving large areas dark, fading lights based on player position to control the image, and creatively blending between world and skybox, among other things. Developing this visual bag of tricks was a lot of fun!

A lot of our shaders use a ton of gradient mapping, that’s really the secret sauce, and in the case of the bird, the specular highlight is used as the UVs for a gradient texture.

The reality-bending stuff uses combinations of level geometry that evolve/devolve via bespoke meshes for each “frame” of animation, like a flipbook, with added displacement waves and noise done in the shader, on top of which some frame buffer distortion effects also play.

In the game, these effects emanate from the discovery of a powerful material with the ability to transform its surroundings.

The swirl at the end of the video when everything breaks down and gets soaked into some kind of a black hole is an animated displacement map on an inverted cone.

Handling rigging and animation of both bird and child was a lot of work, not least the animated transformation from one state to the other, but outside of some off-the-shelf IK solution, I’m pretty sure it’s just hard work and a variety of blend layers in Unity. Feathers ruffle based on bird speed, for instance, and the child starts running wobbly when tired. Feathers ruffled, legs a little wobbly – much like the development team.

Shipping a game, while a minor miracle,  is just the start – make sure you’ve got something in the tank left for when your game is done. Patches, marketing, and not least the seeds of another game. Just start making; your game will survive the technical mistakes you make during production. Counterintuitively, the game is probably the most resilient part of your effort. Make sure to put time aside for all the things that aren’t making a game – outreach, marketing, planning for the future with your team, and so on.  Good luck!