Wysilab has released the official version of its innovative terrain creation software, Instant Terra v1.0, available from the Wysilab website.

Wysilab has released the official version of its innovative terrain creation software, Instant Terra v1.0, available from the Wysilab website. Check out the description of some of the features of the new landscape generation software. 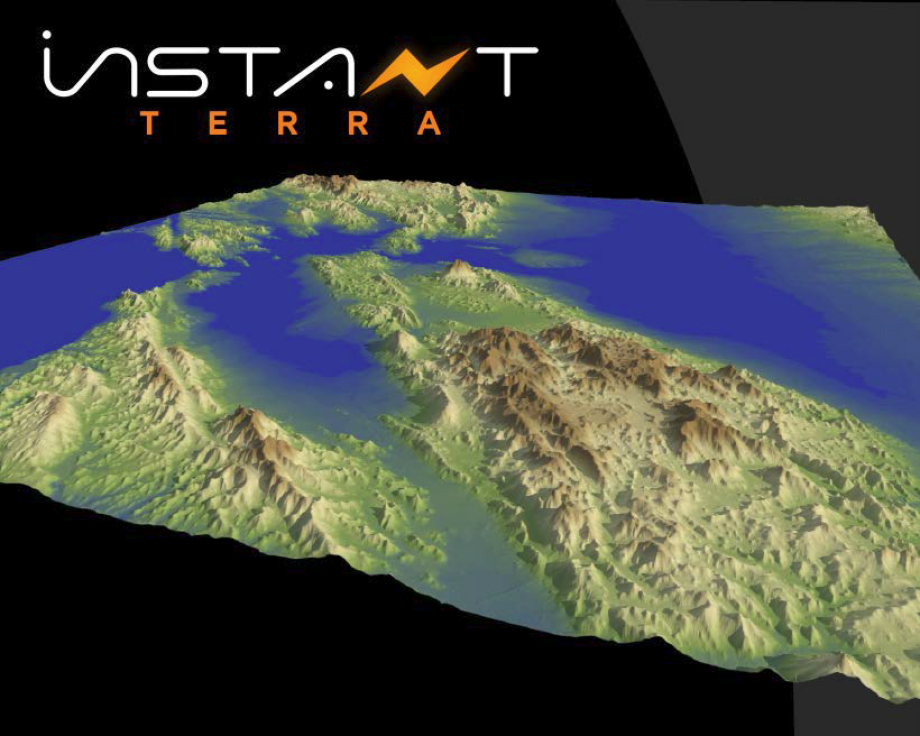 We’ve just released the official edition of Instant Terra v1.0, a powerful offline application to create terrains fast and seamlessly for the video-game, animation, and VFX industries. You work directly in the final resolution to create 100% realistic terrains of thousands of square kilometres and see the results in real time. It is the opposite of software where you work at low resolution to work faster and perhaps not achieve the result you want after you have completed a time-consuming final calculation.

With Instant Terra, you change your way of working completely. It is much like the difference between digital photography and traditional photography. With digital photography, you can try and test as many times as you want with different settings. You do and undo, you check, and then decide what is best. Instant Terra allows you to do the same on very large terrains and up to much faster than any other software.

Why did you decide to develop Instant Terra?

Up until now, creating realistic terrains has been a long process requiring significant calculation times and numerous iterations. The means available to artists have not allowed them to take their creativity to the limits. Most existing tools are limited, slow, and complex.

Also, with the accelerated ambitions in gameplay and design that we have seen in recent years, the space in which games are held is becoming larger: now we speak of terrains that are hundreds or even thousands of square kilometres. 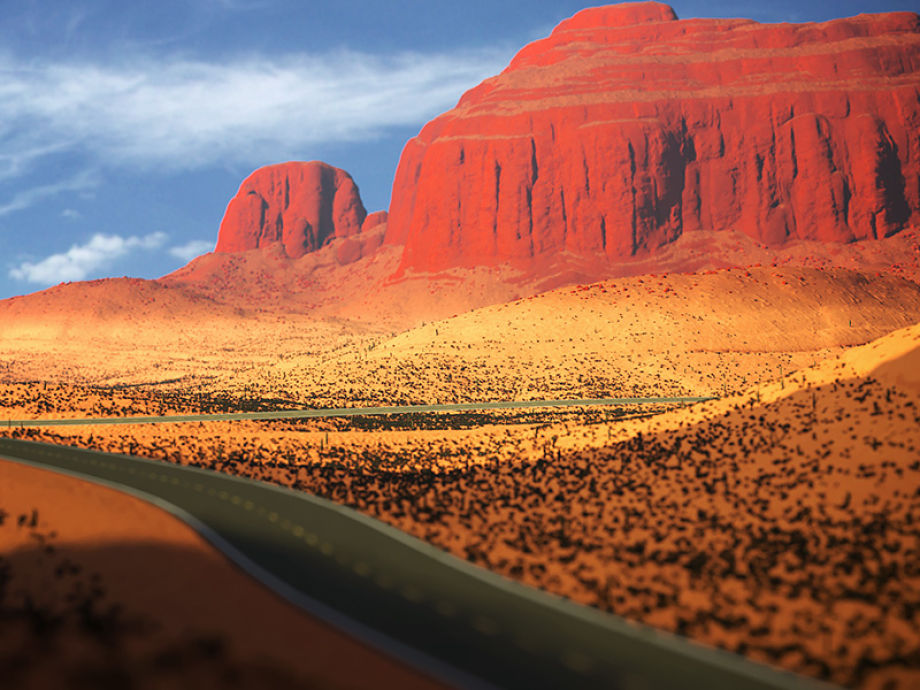 With that in mind, we interviewed several people who had just worked on some of the most recent open-world AAAs and were in charge of the terrain. They told us that they had to wait for hours to see if their last modification was satisfactory or not; the generation took a whole one night or even more. Because of that, the number of iterations was limited and they had to curb their ambitions. Some of them explained that they had to develop internal tools because of the limitations of existing tools.

The idea of Instant Terra came about to meet these new challenges by providing a new user experience with a procedural terrain generation tool based on innovative technologies that sweep the limits. With Instant Terra, you work on terrains of (almost) unlimited size while getting real-time visual feedback on any view of the terrain. We wanted users to be able to edit their creation on the fly and avoid wasting time after each modification. We wanted to achieve ultra-rapid calculations so that users could export terrains and masks much, much faster than with their usual software. 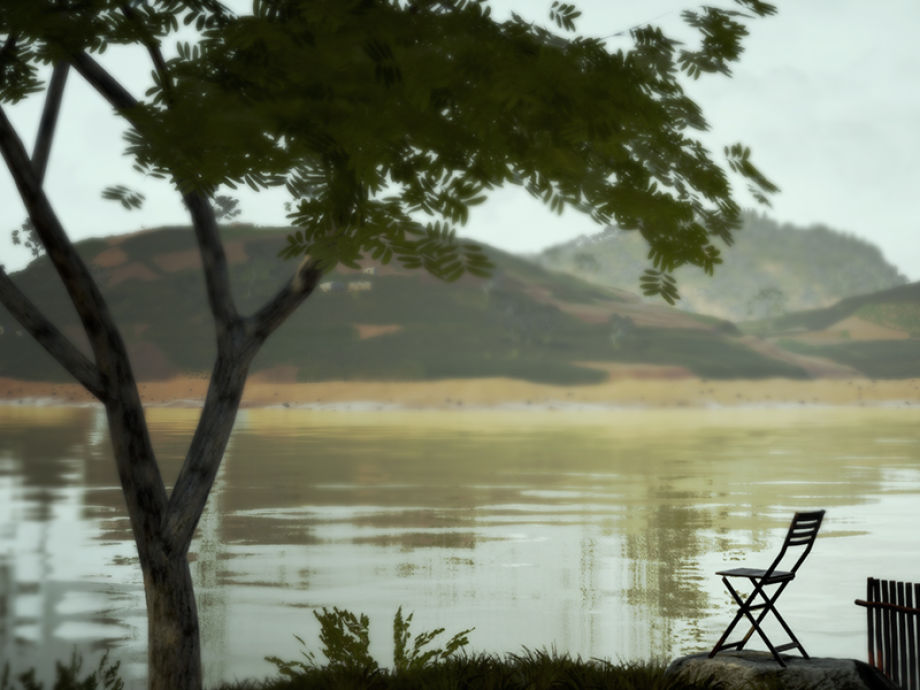 What lies at the core of this technology?

Based on our experience for building real-time solutions for in-game technologies, we created Instant Terra with a logic that is mostly found in the development of video games or in some industries specialized in real-life physics simulations but never used – as far as we know – for the development of offline tools.

Instant Terra uses all the available power of the CPU and the GPU, optimizing dynamically their usage depending of the configuration of your computer and of the available resources at each moment.

But, this is not enough if your algorithms do not follow a performance-oriented logic. We needed to be very creative to find for each case, for each node, the correct approach that will be the least costly without downgrading the quality of the final result.

Can you explain how Instant Terra works to create a terrain?

In Instant Terra, terrain creation is procedural. You build your terrain by creating a graph composed of different nodes. Each node corresponds to an operation on several terrains. The nodes are connected together by links. You can return to any node at any time, modify a parameter, and immediately see the effect on the end result. 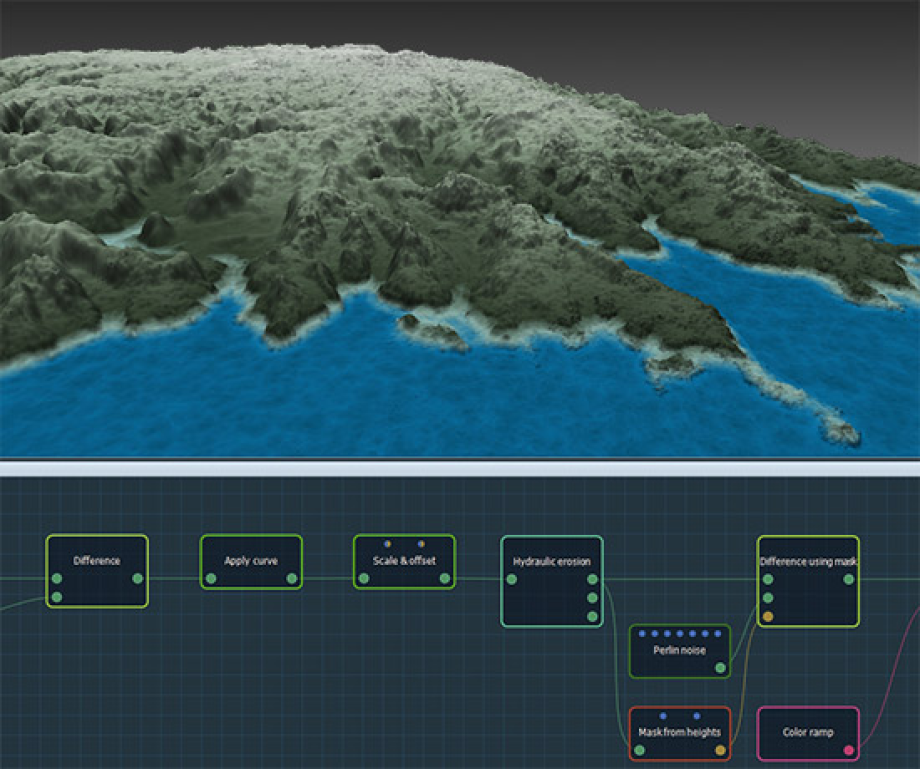 Even if want a 16k x 16k terrain or even a 32k x 32k, Instant Terrain is designed to handle it. At such a high resolution, you can still change a parameter and immediately see the result on the terrain. There is no preview window: changes are updated directly in the main window.

There are mainly two ways to start building your terrain in Instant Terra: start from scratch and use one of the terrain generators, or import a terrain: this can be satellite data, a heightmap, or any image. You can have several starting nodes and you can combine them into a large, final terrain. You can place each of them exactly where you want, scale and rotate them individually, and even drive the composition from a mask. Most nodes have editable parameters that you can modify and see the results in real time in the main window.

We have published a series of video tutorials that we invite readers to watch to learn more about Instant Terra’s features. More videos are coming soon.

What are Instant Terra’s main features? 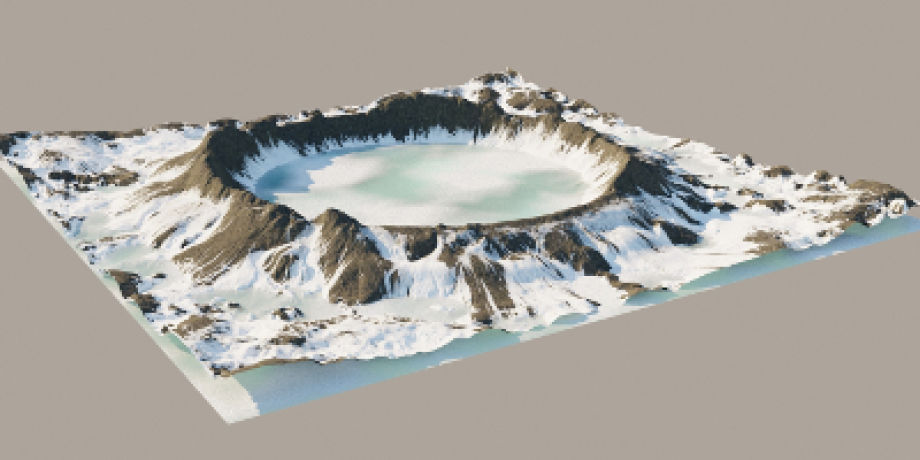 Let’s talk first about terrain size. As I said before, the changes in game play and design and the space in which games are held is becoming larger and we need terrains that are hundreds or even thousands of square kilometres.

For video game production, you need one or several small high-resolution terrains, which are places for the game design, and you also want a very large terrain all around to provide the open world look. This large terrain may support a lower resolution. With Instant Terra’s suite of terrain composition nodes, you can combine terrains to create one final terrain. You can use and mix terrains of different sizes together and use a mask to drive the composition.

We have bulk import feature to import several terrains or masks at the same time and compose them exactly as you want.

Masks define where and how the global actions are applied. You can use masks to protect some areas from global actions, or use them as per-vertex coefficients to be taken into account by the calculations. Even for a 100% procedural tool, the artist controls all the details. You can use masks that you import or draw dynamically in the 3D view to specify how an area will be impacted by any node. Masks can also be used to raise or lower some areas. 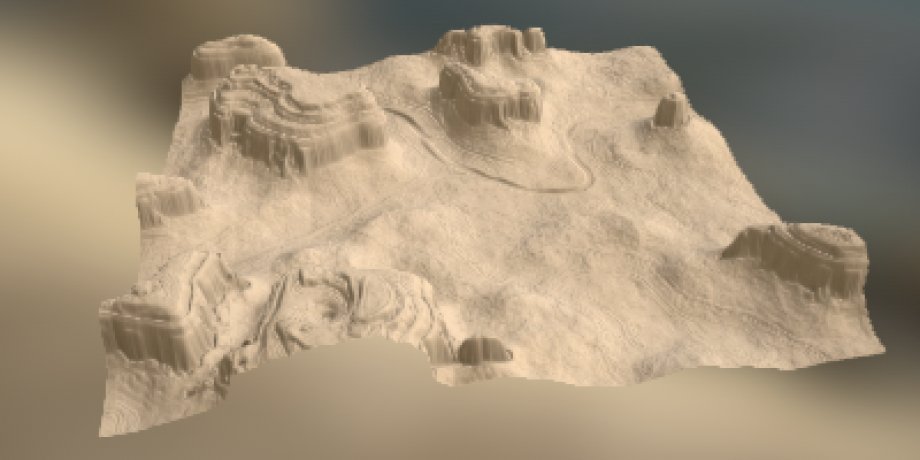 Erosion simulation is probably the most challenging calculation for this kind of software. Realism is driven by the simulation of natural phenomena.

We rose to the challenge of reconciling a convincing result with an acceptable calculation time. In Instant Terra, you can create realistic terrains with the erosion simulation and use the presets or play with the advanced settings to achieve the result you want.

Other types of erosion are planned and will be available in future releases. 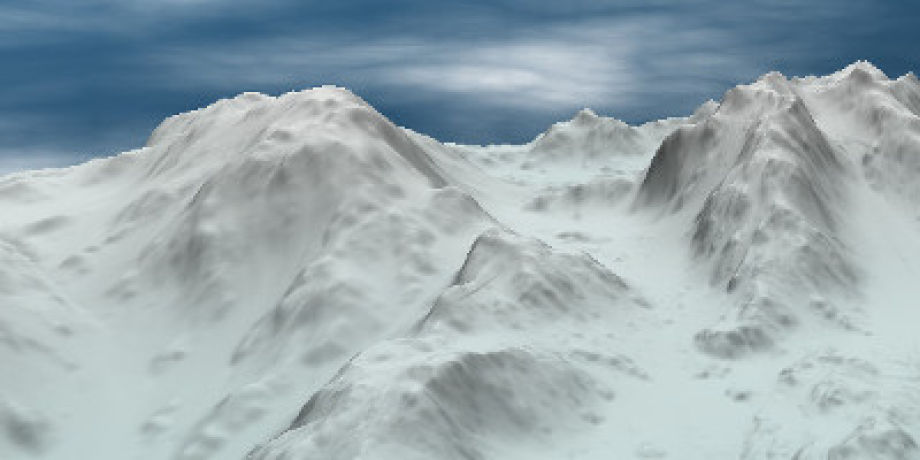 With what rendering software is Instant Terra compatible?

You can easily integrate Instant Terra into your production pipeline as we have several export formats for the generated data: you can export as a mesh (.fbx file) compatible with the tools you are already using (3ds MAX, Maya, Houdini, Clarisse, Unreal Engine, Unity…). or export a heightmap in 8, 16, and 32 bits as tiff, png, tga, Raw 16 bits, and OpenExr 32 bits.

What’s next for Instant Terra? What new features have you planned?

In the next year, we plan to develop three new editions of Instant Terra. The priorities of our roadmap are subject to changes based on our users’ feedback. We have a Forum where we invite users to register and share their work, and give us valuable feedback so that we can respond to our users’ needs.

Our next edition will be released in May and will include the possibility to apply a color map to a terrain after transforming it. We will have more noise generator nodes and new terrain composition nodes. You will also be able to disable a node in a graph, view a terrain as a mask, and use masks based on orientation and curvature to apply specific textures, for example, snow on the North faces.

The last edition in the year will allow you to define a sub-graph and use it as a component. We will include an Assets browser and the possibility to import meshes. One of the main features will be erosion simulation: we will add thermal erosion, control from masks, and multi-scale erosion. You will be able to load your input files very quickly even with gigabytes of data. We also plan the first version of an API to use Instant Terra through automated commands.

What are the different subscription options?

We have five different editions available, depending on your company’s revenue, and these are available for monthly, 3-monthly, and yearly subscriptions.

We offer degressive prices for one company in the same location, for the same edition. For details on the different subscriptions, please see our website.