Andrew Jacobs did a breakdown of his Mauser Magnum project: modeling tips, texturing process, lighting and post-process in UE4. Project is inspired by Simon Fuch and his tutorial on a Mauser C96

Hi, my name is Andrew Jacobs, currently, I am a freelance 3D generalist. I developed an obsession with video games early in life. It took sometime before I understood how it would be possible to pursue a career in the industry but now I am dedicated to it. One of my favorite aspects of games is fantastical weaponry that acts as the player’s verbal expression in the world.

I recently graduated from the University of Saint Francis, Animation program. There, I had the opportunity and privilege to work alongside a lot of talented artists. My responsibilities usually involved technical aspects of production. Going to school for the purpose of doing game art meant I also had to do a lot of self-teaching to keep up with industry needs.  Out of school, I have two credits to claim: a student animated short that was shown during a few festivals and an academic video game project “Deusimator” which was noticed enough to receive a write-up on PC Gamer. I’m still at the beginning of my career, so it is very exciting to be featured on 80 Level. 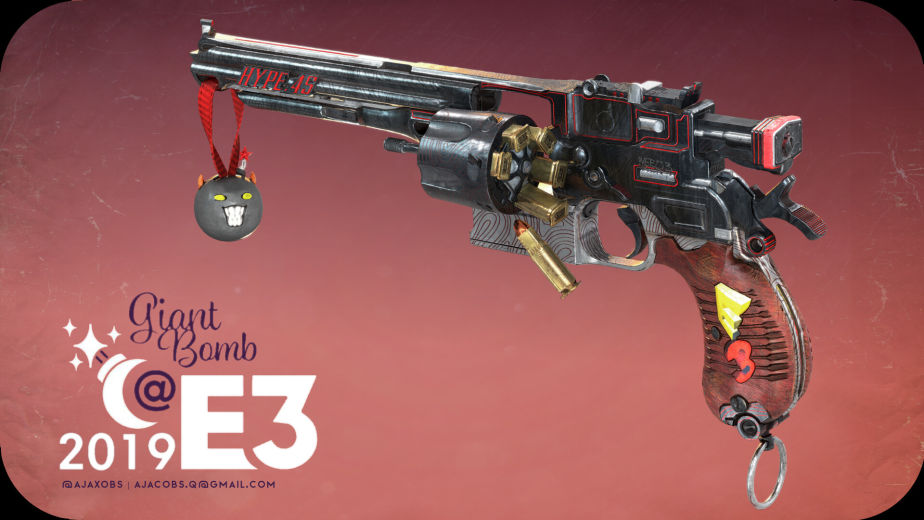 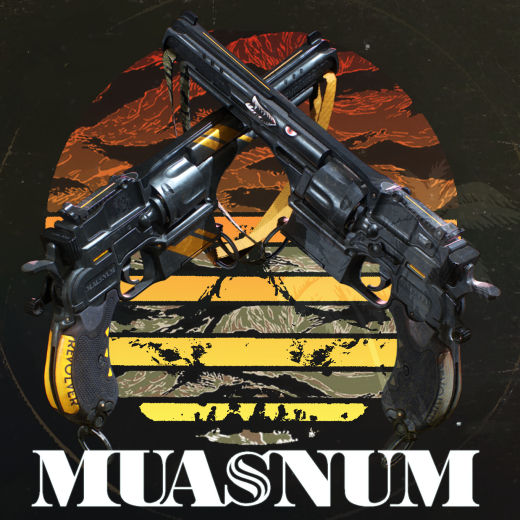 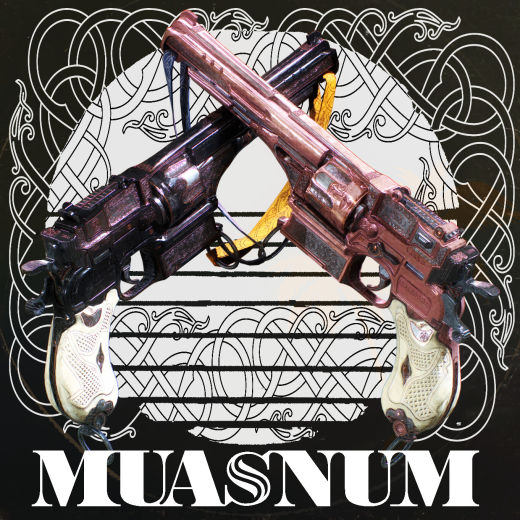 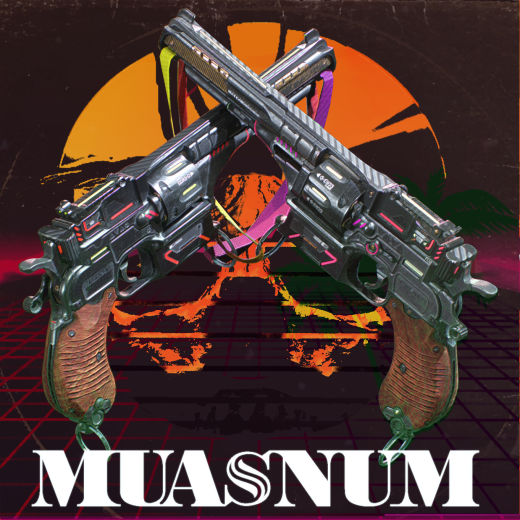 The concept of this weapon started with the bullet. While watching E3 this year, I became inspired to use the silhouette of their logo as the shape of a cartridge to make an intriguing shape, instead of the typical cylinder with a taper at one end. This idea quickly flowed into the question “what kind of gun would fire this?” 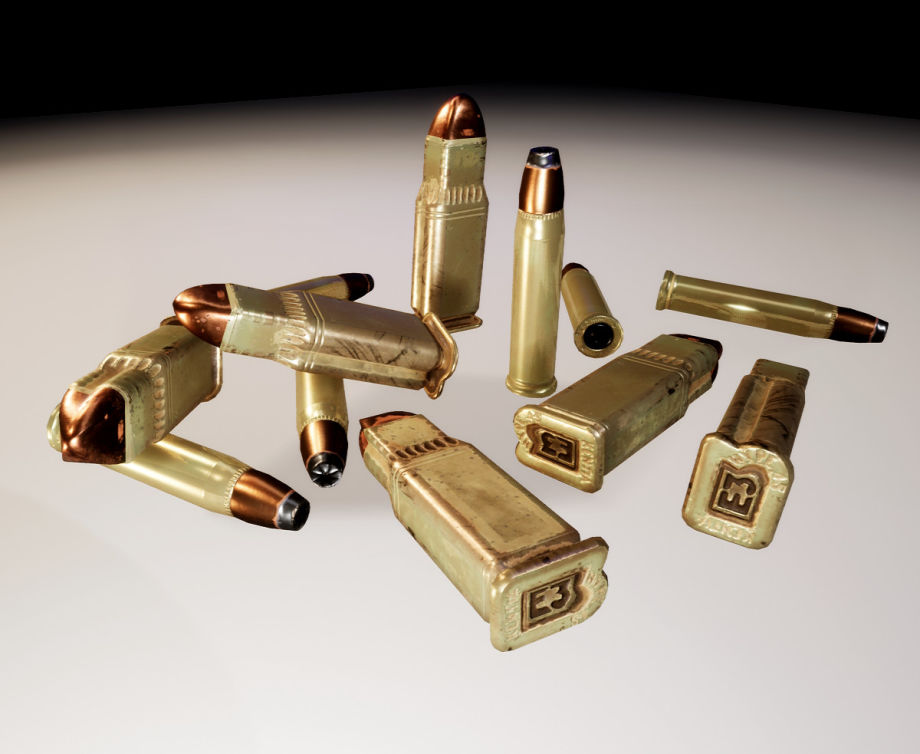 For the weapon itself, I wanted to do an Eastern-meets-Western take on the traditional handgun model, a Mauser pistol melded with a Smith & Wesson revolver swirled together like peanut butter and chocolate. Simon Fuch had recently posted a tutorial on a Mauser C96. The opportunity to study someone else's work and produce an original piece out of the tutorial felt fortuitous.

Fuch’s tutorial reiterates the importance of the blockout phase and large shapes. Simon builds shapes quick and messy, then cleans up the mesh topology. I adapted that for speedier construction than in my previous laborious projects. He shows the use of ZBrush to efficiently produce a polished and even high-poly mesh. He then shared some very useful thoughts on building a mesh for clean bakes including reorienting normals and exploding out pieces of mesh. His post-production techniques improve render images with a final touch.

The initial version of this gun was envisioned as a “rare loot” variant of the base weapon, further inspired by video game fandom and decorated with references. I eventually worked backward to strip away those fan art elements to the core idea I was trying to express. 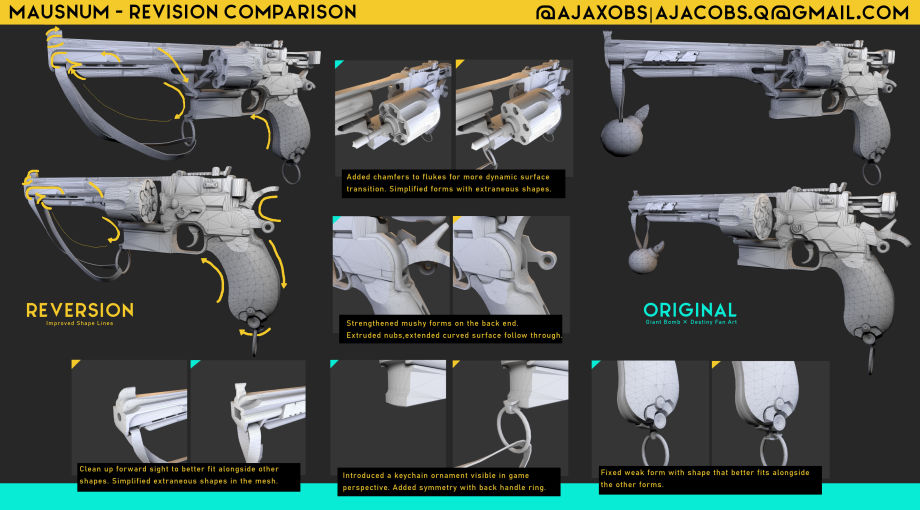 For the modeling process, this was my first foray into using 3ds Max. Previous to this project, I worked exclusively in Maya for my DCC needs. I found that Max’s boolean and smoothing group tools expedited the hard surface modeling process and subsequent UV unwrap. For rigging and animation, I wanted to work more quickly so I exported the asset into Maya which I was already familiar with. The export also went into ZBrush to make a high-poly build for the inevitable bake. This was mostly bevel polishing to get better edge bakes in the Normal Map. Then some slight sculpting to show the weapon was neither fresh nor decaying, only with gentle wear and tear. Each variation of the weapon had alternate parts swapped in for the high-poly bake. All fit within the bounds of the same low-poly mesh. 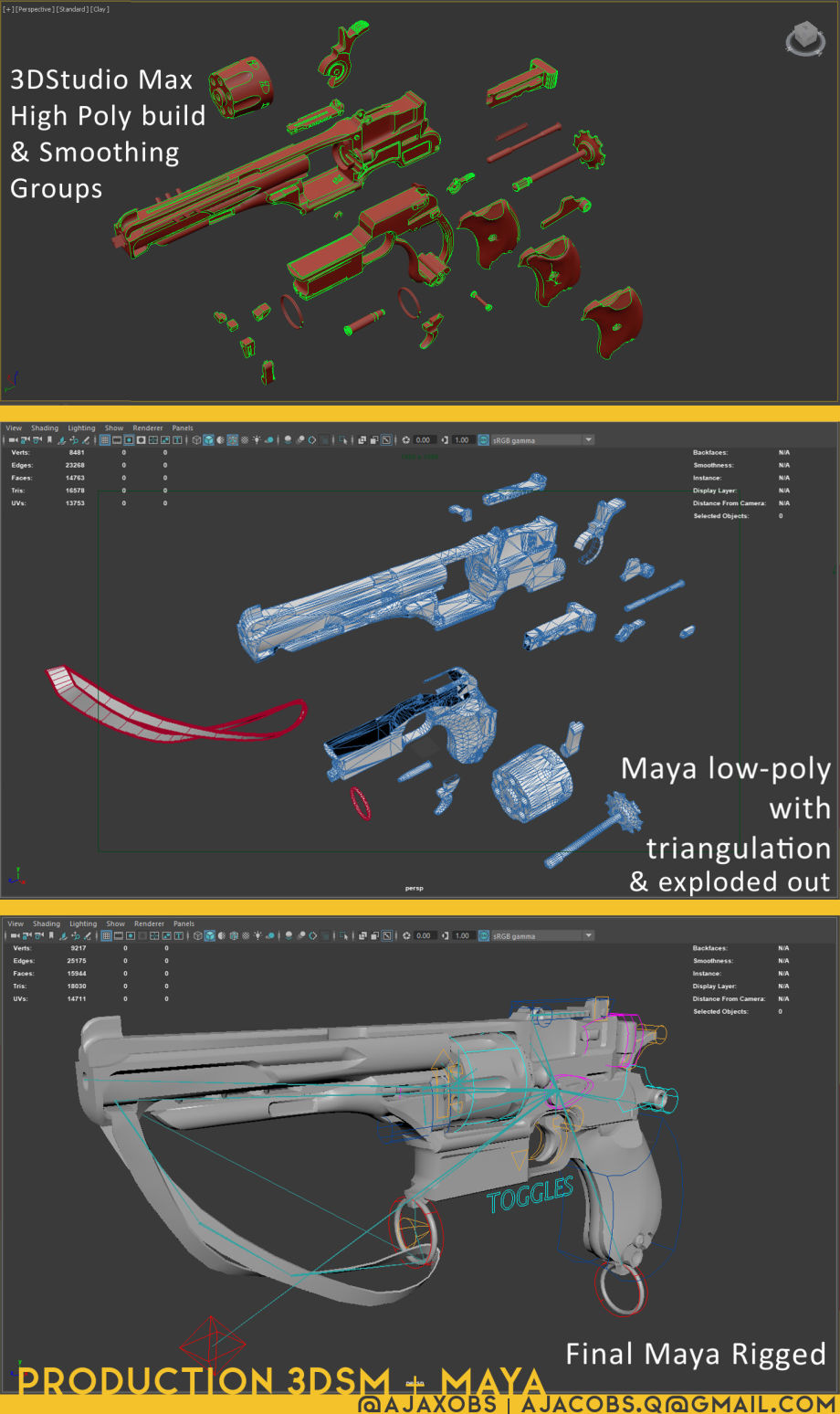 When it comes to modeling a weapon, it is important to understand that a weapon is a gesture of power and it is up to the artist to create the motion of that gesture. Even when a model is holding still, the players move through the surfaces with their eyes. The artist steers that movement and creates the illusion of power that a weapon has. Some of these thoughts were pulled from Michał Kubas’ writings on the video game weaponry.

Know how the parts will move, how that literal motion will communicate the ability of that weapon. Remember that the weapon will likely be viewed in a linear perspective meaning details will receive exponentially less screen space the further they get from the player. Also, the weapon might be the foundation of the screen composition, always in a third of the player’s vision, potentially more representative of the player in the world than even their avatar character. Weapons are characters, they communicate a reality. Practical advice would be to always seek out reference material. Study and understand the joining and fastening of shapes. Think of ways to incorporate references into assets that aren't innately connected. 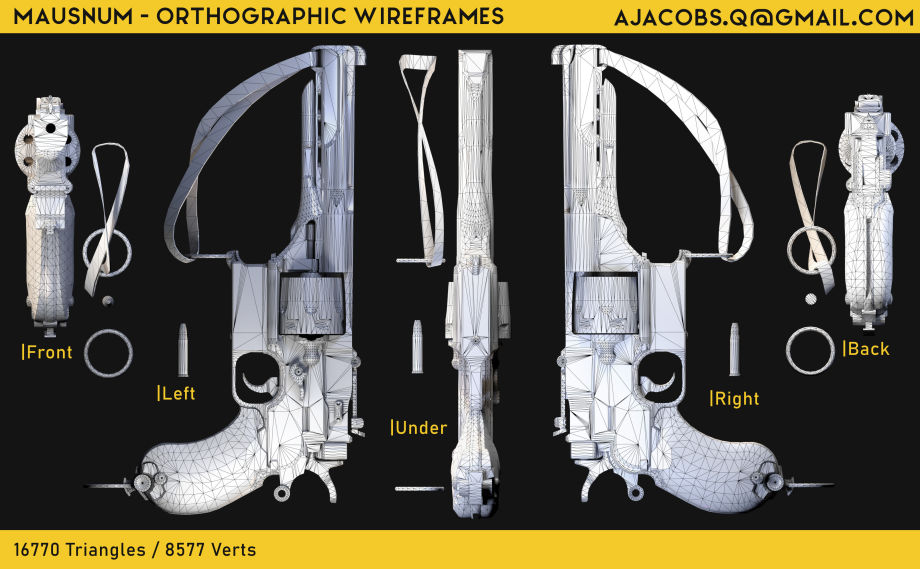 Being a 3D artist, this is embarrassing to say, but I previously dreaded the texturing process. To break myself of this counterproductive habit, I decided to spend much longer in the texturing phase than usual and, as an exercise, to texture this individual prop with multiple different surface sets. This tactic was inspired by the proliferation of loot-and-shoot games in the video game industry. Typically, studios will make efficient use of gun models by providing different textured variants for the player to collect. I particularly wanted the surfacing to capitalize on the amalgam of gun shapes I brought in the modeling phase. Each texture set emulates a particular genre to emphasize the different shapes in the gun. Those are “modern military,” “vintage/steampunk,” and “futuristic cyberpunk”. Textures not only fill in surfaces but complement the forms of the model. 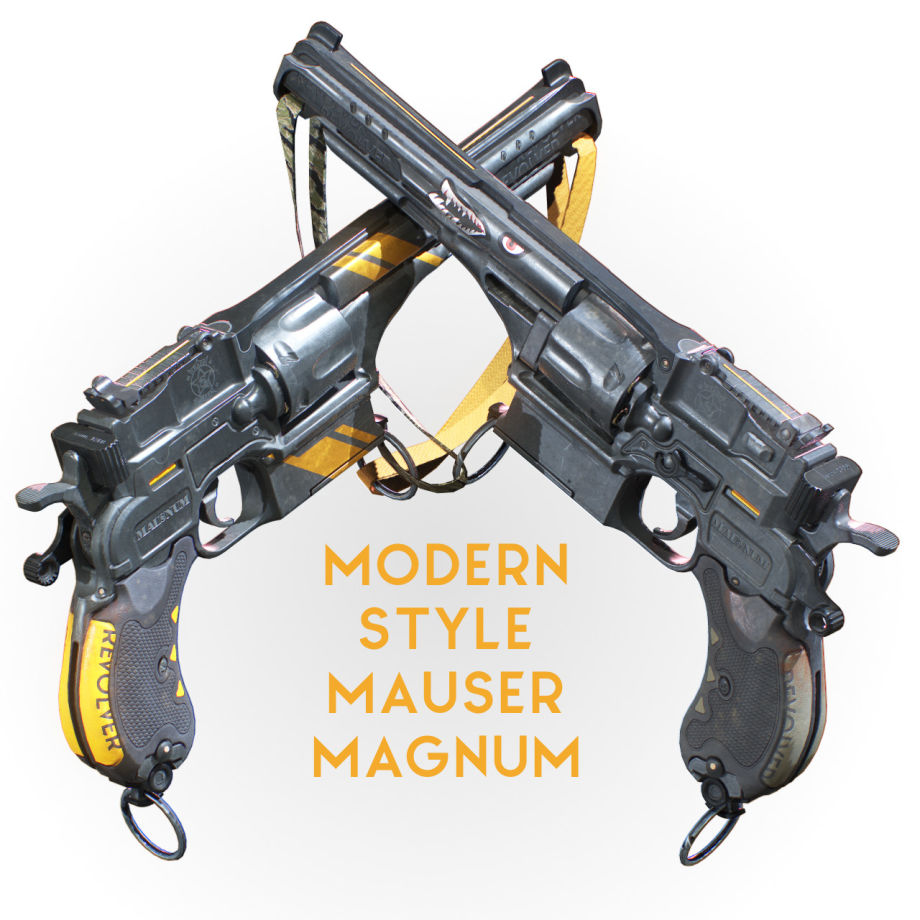 The Modern version has big slabs of metal to emphasize the heft and larger shapes, with tinged green like army camo and rubber for the handle. Yellow-orange was used as a high contrast against the darkness of the metal, with some sliced graphic design work to connect it with a modern trend. 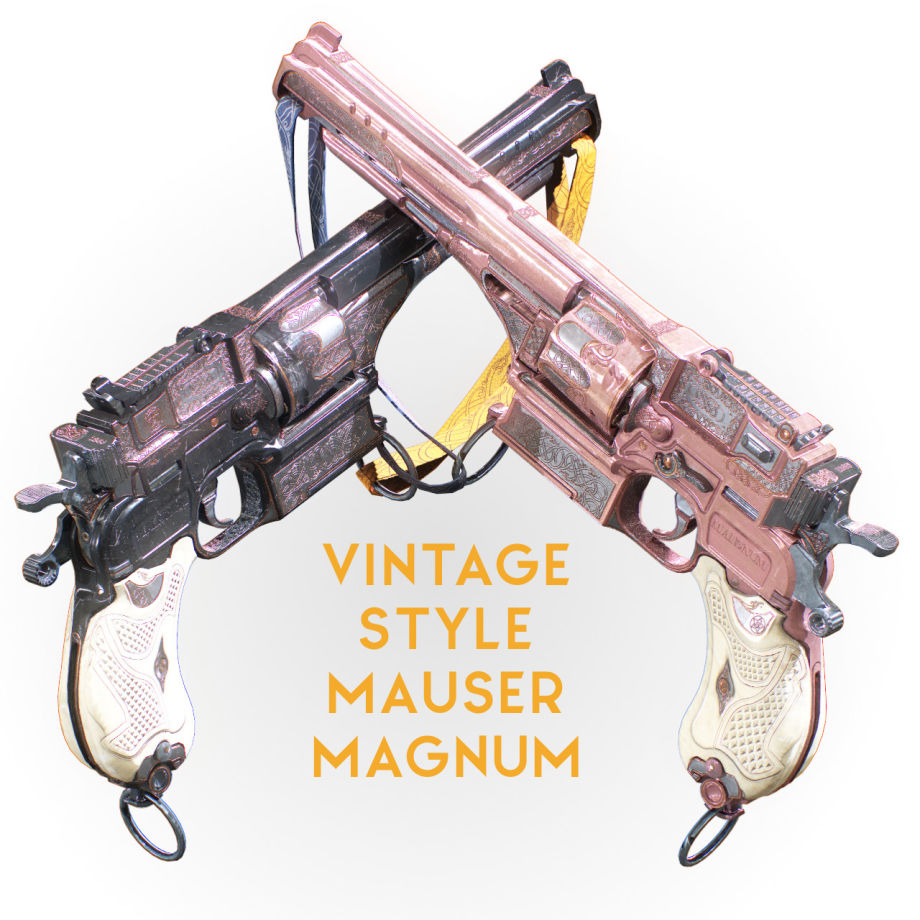 The Vintage version has engravings and plating to accentuate the curves of the weapon. Instead of leafy filigree for the engravings, I used stencils made from Jonas Lau Markussen’s Urnes Chain Patterns. The tight contrast between the roughness of the engravings causes a slight sparkle in the render. The body is made from a rose gold type material and the handle - a pearl kind of ivory. The foundation layers were also put through a low-intensity stained glass filter for a light fantasy feel. 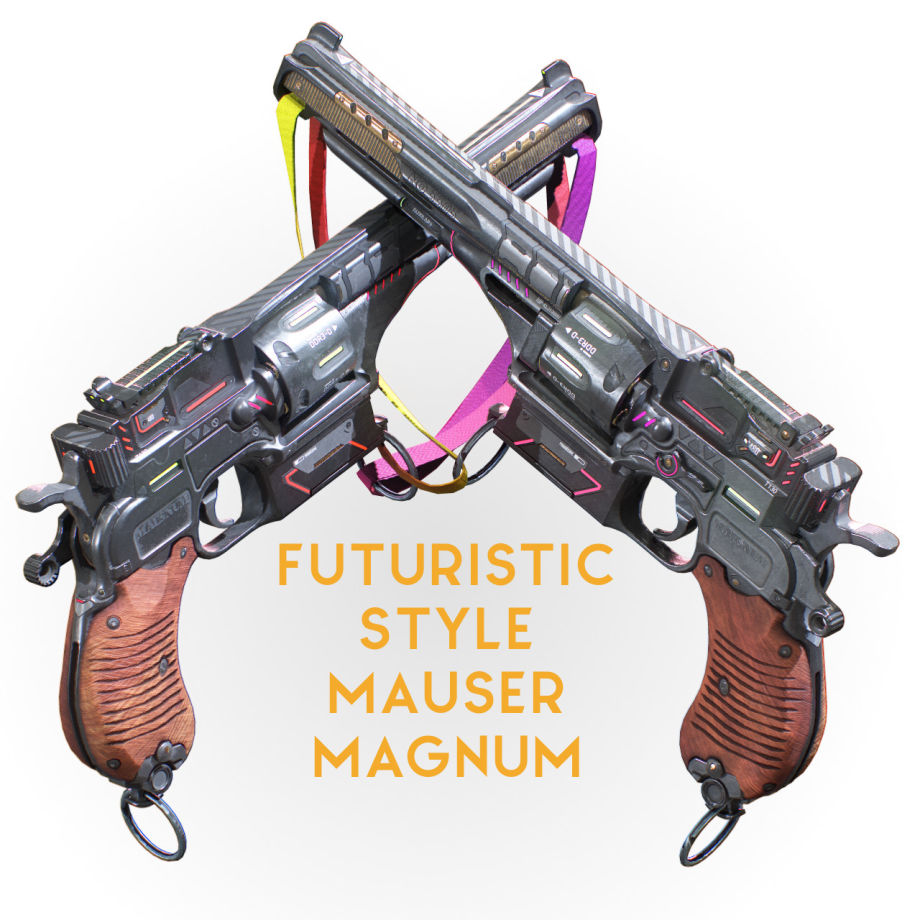 The Futuristic version breaks the weapon down into more separate parts and fasteners with the texture. The anisotropy on the metal is slanted diagonally, like a sci-fi substance. The metal is a deeper blue-black to contrast with the warm temperature wood and fasteners. Additional lines were used to draw more attention to the more eclectic shapes.

There are 11 different masked elements on each gun representing different material properties, each with roughly eight layers many of which have a base of Substance’s default materials. Each material is built up over layers. For the metal, there is an underlying blue hue, a layer of anisotropy, a patina of grease, crevice dirt build-up, exposed polish, scratching, and so on. The building of layers contributes to the perception of metal. Although it seems counter-intuitive to the actual “physics” part of PBR, giving a metal surface variation in Metallicness brings a lot of personality to the surface. Using Metalicness as a binary is wasting an entire channel of material information available to an artist. The last layer is hand-painted polish and scuffs. These indicate where parts would chafe against each other while moving or where the wielder would frequently touch. 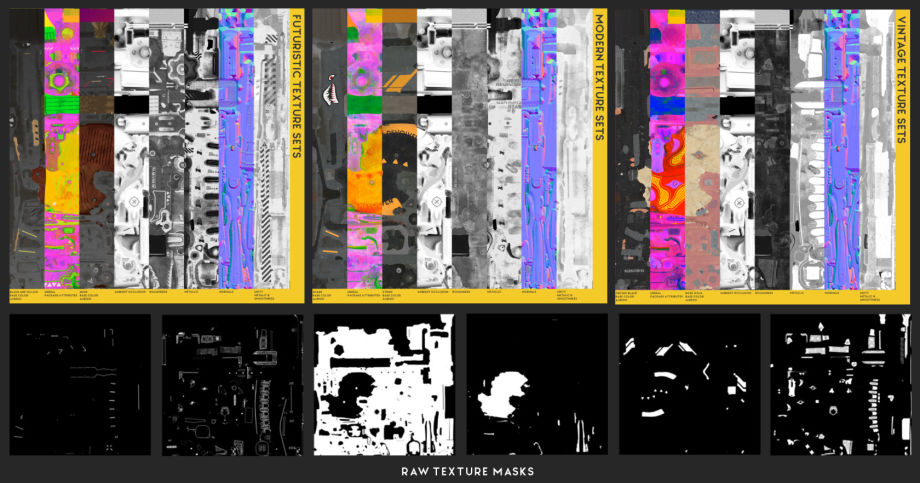 The weapon has several lanyard rings to add decorative elements. There has been an increasing trend of including physics-driven or animated elements on guns, notably in Borderlands 3 and Rainbow Six: Siege. These ornaments are a great way to add personality and diversity to weapon props. The ribbon on the pistol is meant to be one of those elements. Importantly, it completes the silhouette loop and remains visible in the player’s view. It can be a tool to convey more physicality to the player through its movement. The ribbon unwrap was done with Paul Paulino’s flatten ropes technique which makes it quick and clean to swap designs on the ribbon. The material has tightly contrasting roughness values which cause a sheen in the render. The ribbon also adds a complimenting color to the palette of each weapon. 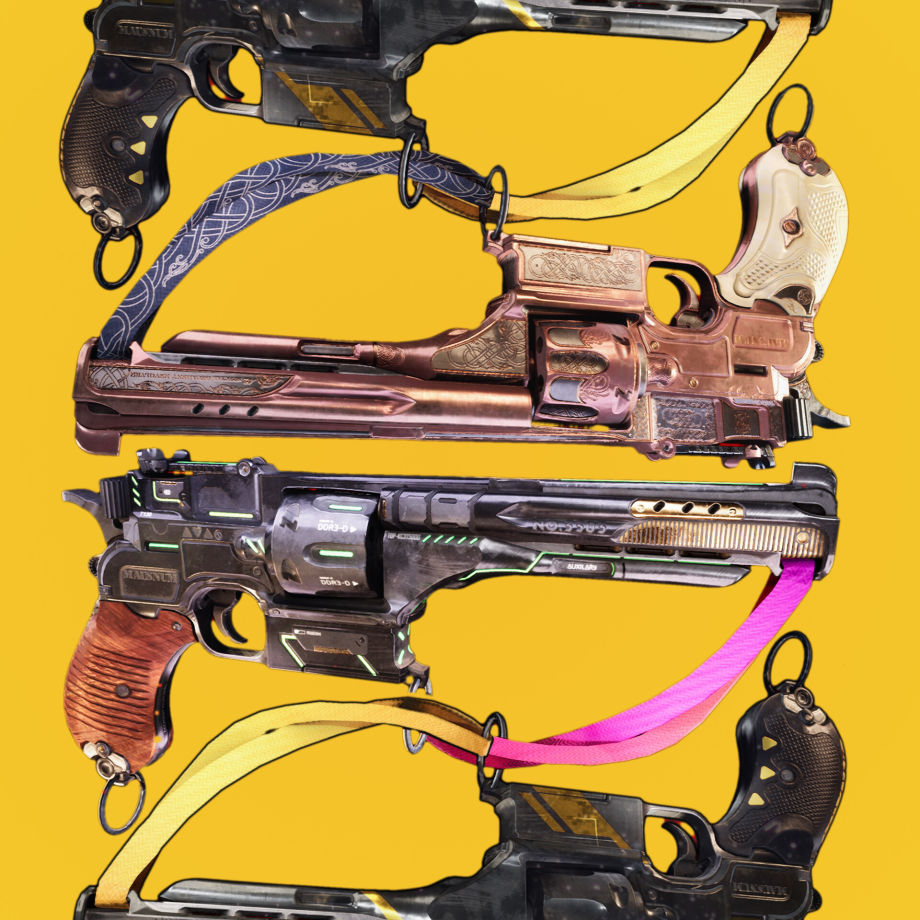 Polishing & Presenting the Model in UE4

As a renderer, Unreal offers a wealth of options but requires an initial setup to use. Post-Processing volumes can be used to emulate some of the functionality of dedicated renderers like Marmoset. For example, Konstantin Ilyin has a set up that recreates the Sharpening function from Toolbag 3. Material visual scripting is really user-friendly and allows for a depth of options beyond the information stored in texture maps. I usually export a version of my textures as masks to play around with in Material Instances to give some flexibility with the surfacing. 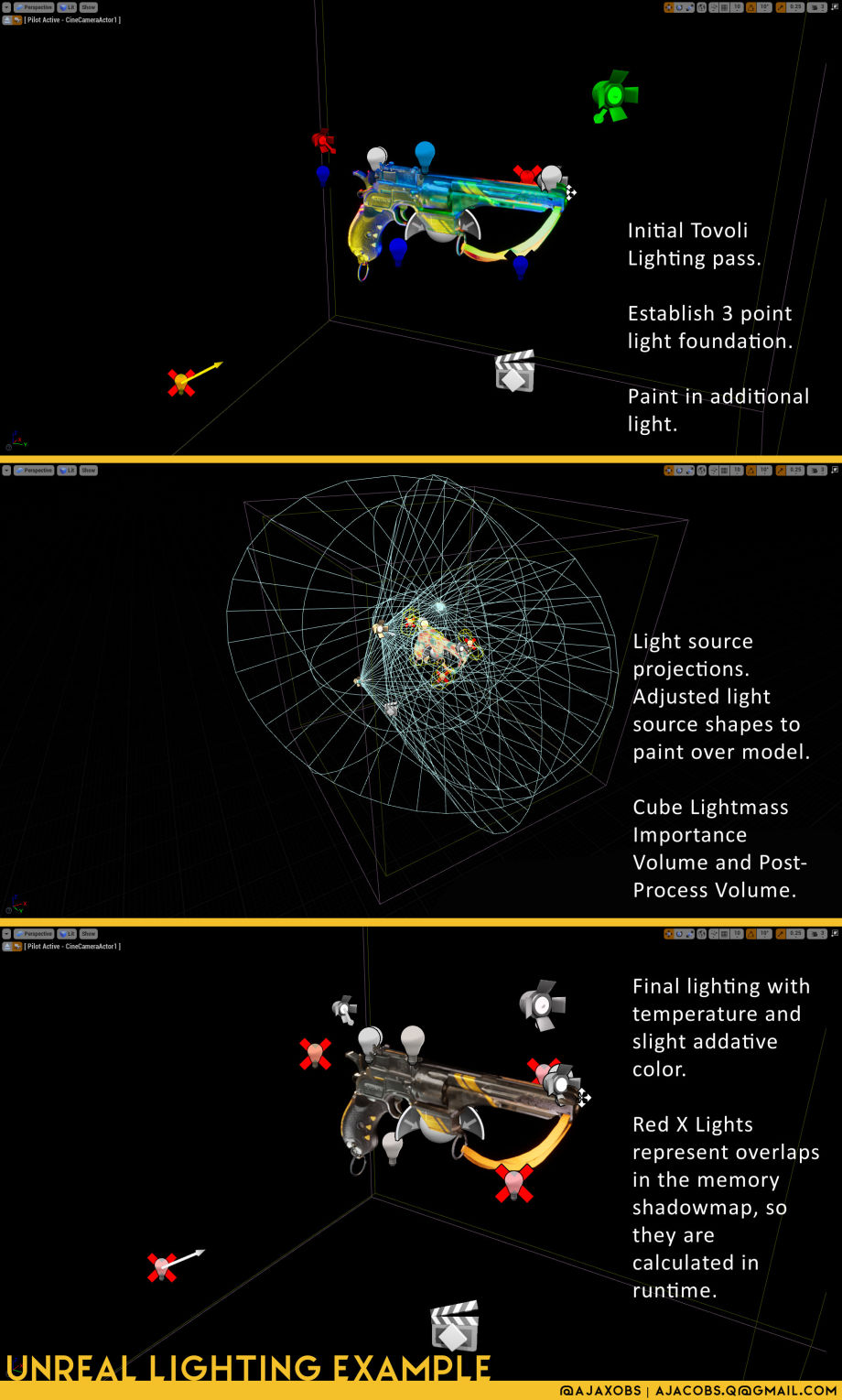 For lighting I start with the traditional 3 point light set-up: key, rim, fill, with a dimmed skydome to help with exposure. My less traditional version of this technique was inspired by Luciano Tovoli, the cinematographer on Dario Argento’s Suspiria. This initial lighting pass is done with vibrant, high contrast lighting; green, red, yellow. I find it helps to literally see the model in a new light after working on it for so long in the viewport render, plus to understand the additive color when the light sources overlap on the model.

With the studio 3 point light setup in place, I move into the painting-with-light phase that 3D art allows. This takes the render from just being able to see the whole prop to accentuating the personality of the model. These smaller blue lights produce more dynamic contrasts between surfaces and forms. With the lights placed, I change them to more reasonable colors which can easily be done with light temperature but you can be more adventurous with light colors. The goal here is to amplify the texture colors with the light illuminating them. For example, the blue tint of metal becomes more vibrant if illuminated with a hotter light. Though I started with the most garish lighting possible, this phase is intended to be much more subtle. The driving colors come from the texture, a few lights have color where they need to separate or highlight. Delve into light source settings to shape lights to fit your needs.

Here're some beginner thoughts on starting with Unreal: 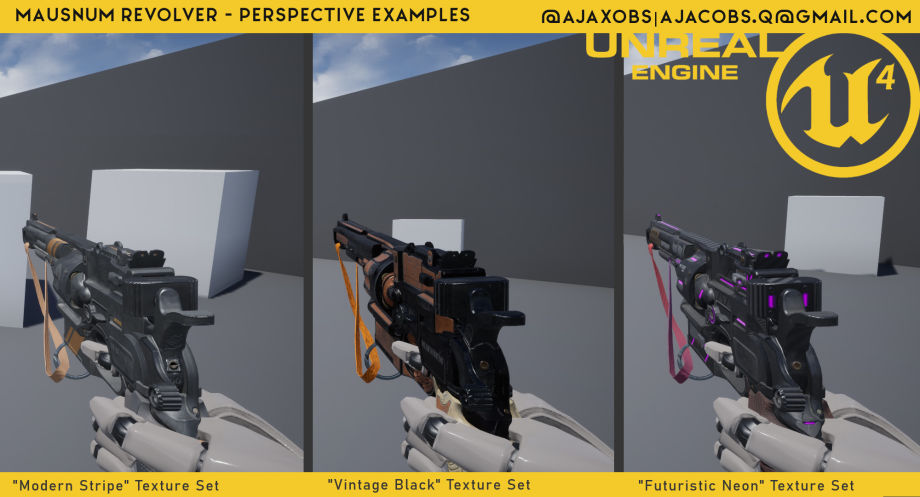 In this project, I really stressed both the triangle count and the UV layout. I took several passes to eliminate as many triangles as I could find and still maintain shapes. I then studied several unwrap techniques to produce a decent layout for texturing with perpendicular shell rotations, clean cuts that prevented texture warping, overlapping redundant UVs, and tightly packing the layout. I also went several rounds with baking to get better practice.

My future endeavors include the continued pursuit of paid work and the development of a game I have been collaborating on with a small team. After being dedicated to poly modeling for so long I want to strengthen my skill in sculpting.