Polish studio earns tons of money with its Witcher game and GOG initiative. 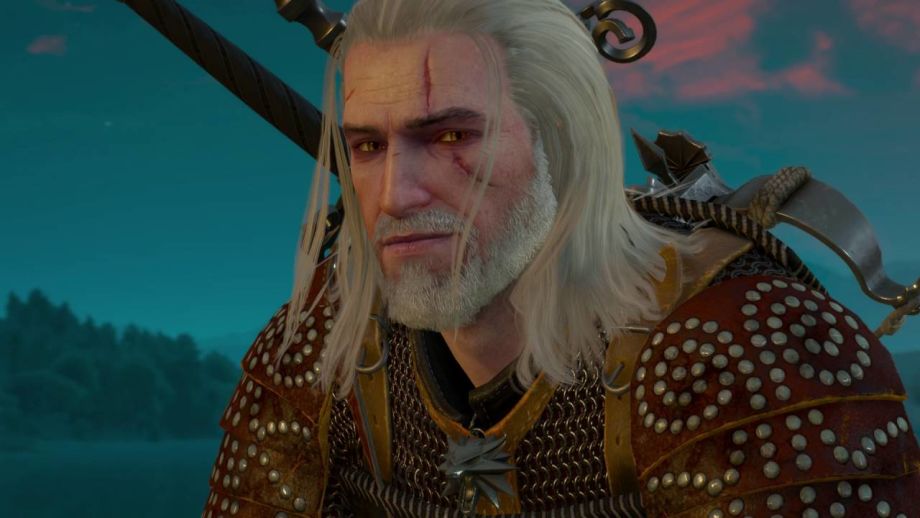 Witcher 3 developer CD Projekt has presented the results for the first half earnings in 2016, which are quite amazing. Company’s year-over-year earnings decreased as there was no release for The Witcher 3: Wild Hunt’s this time, but CD Projekt still showed $82.7 million USD in sales revenues, which equals $34.9 million in profits (42% profitability). As a result, the company now has a rated capitalization of $1 billion USD. 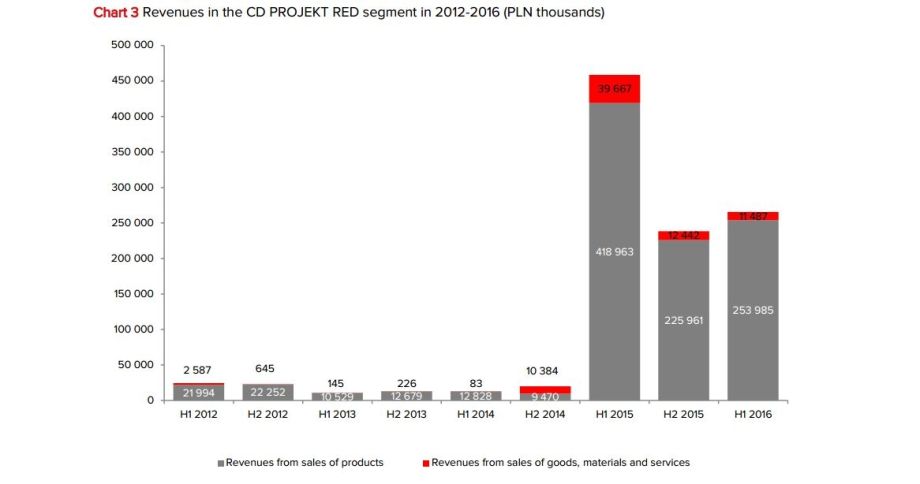 Company’s CEO Marcin Iwinski revealed that Blood and Wine DLC pack was one of the main money makers along with company’s GOG project. Total GOG revenues showed an all-time high $17.8 million in revenues. 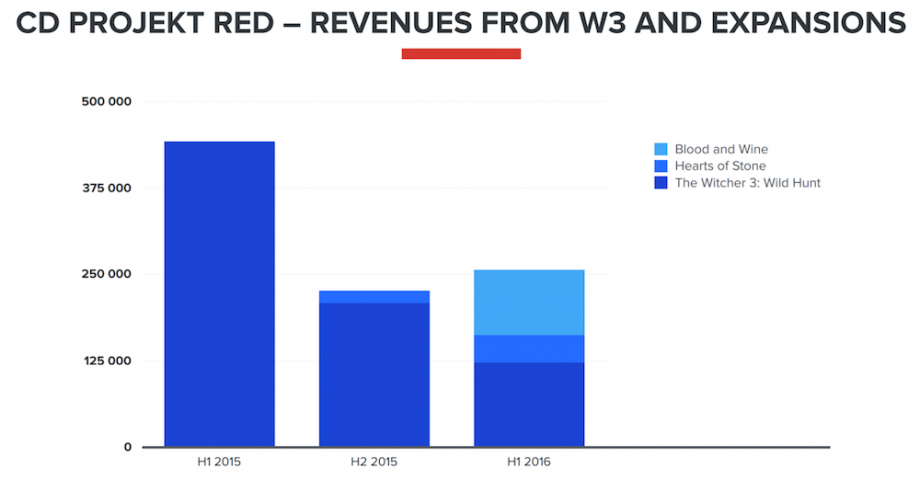 The GOG.com platform, which is owned by the CD PROJEKT Group, also posted good H1 results, with 69 million PLN in sales revenues. This is a new record for the company, made possible by good sales of the back catalogue along with GOG Galaxy support for the release of Blood and Wine. CD Projekt RED Group’s sales revenues and net financial result were dominated by continuing high sales of The Witcher 3: Wild Hunt and by the global release of the game’s second expansion – Blood and Wine. 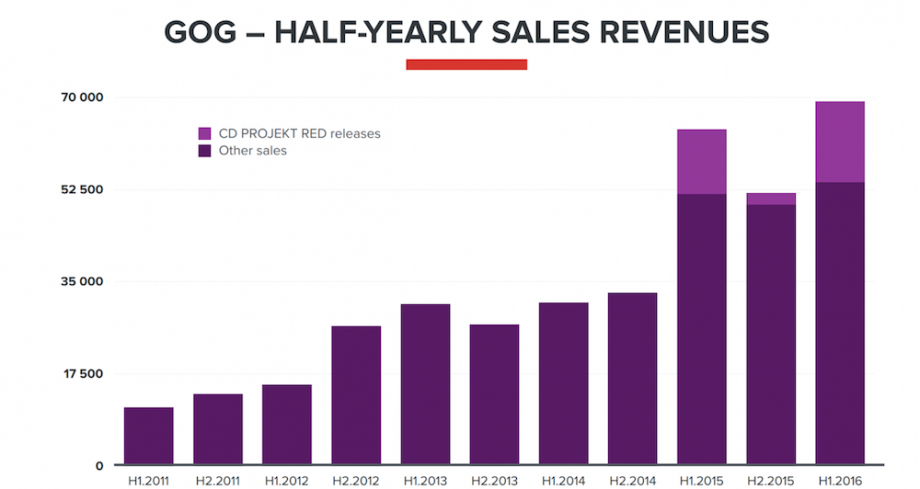 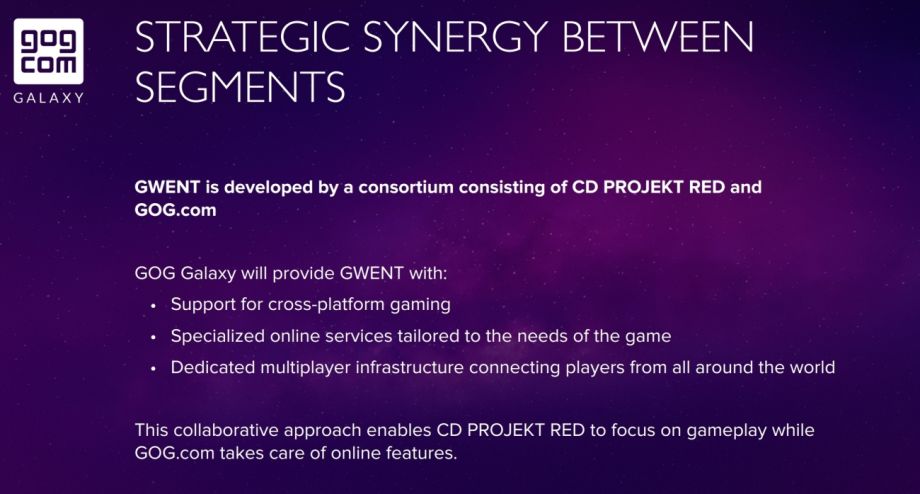 CD Projekt has plans on continuing the growth in the future with its Gwent card game, which will feature optional microtransactions and a paid campaign. Powered by GOG platform, the game will have cross-play between PS4, Xbox One and PC players.

During the next four-year time period the studio will also launch a completely new separate unannounced AAA game likely set in a new IP.