Harry Alisavakis did an awesome tutorial on his approach to cel-shading. Check it out!

This is a reposted article from Harry's blog, who kindly gave us permission to publish it on our website. 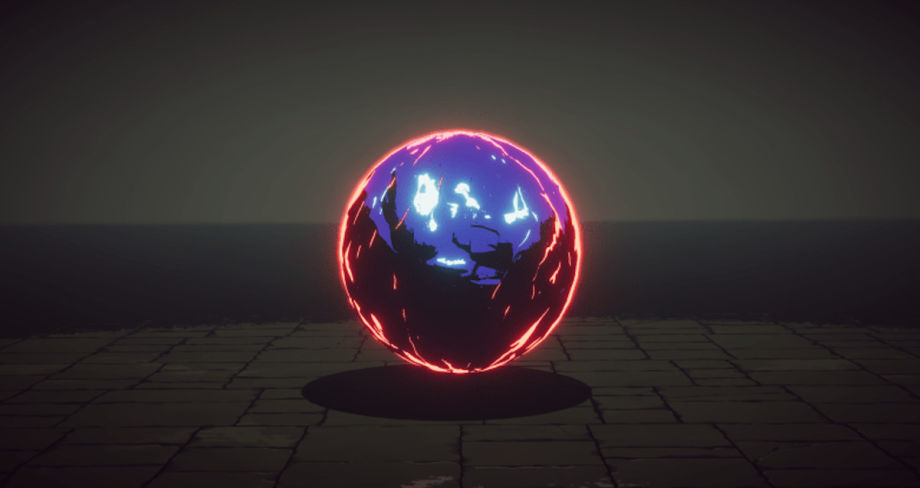 This post is brought to you by these awesome Patreon supporters:

Ok, it’s finally time for this tutorial. This is a shader that I’ve been teasing for more than a year, but other tutorial ideas got in the way, so I never got around to making this until now.

And even now, I wasn’t supposed to do tutorial; I should be doing a tutorial on the shader I used for this tree:

However, even though Patrons and other people chose the tree shader as the next tutorial theme, I realized that this shader heavily relies on my cel-shading shader, so it wouldn’t make a lot of sense to do it before I go through my cel-shading process.

Over time I’ve revisited this shader *a lot* and tried a bunch of different stuff with it, but the version I’ll be showing here is probably more on the robust and versatile side.

As you can imagine, there’s nothing too crazy going on here; what I’ll be showing is a pretty standard approach.

The complexity of the shader really doesn’t justify the amount of introduction above, so let’s jump into it:

There’s a fair amount of properties in this one, so let’s get the table out:

You’ll also notice I’ve added some headers on some sections to keep the properties somewhat organized. I know that’s not really consistent with my previous shaders, but I thought they’d help a bit with readability.

Moving into the actual shader, in line 31, I replaced “Standard” in the “surface surf” pragma with “CelShaded”, as this will be our custom lighting model for this shader. If you want to remember how custom lighting models work, I suggest checking the tutorial post on surface shaders.

In line 32, I added the shader feature for the “SHADOWED_RIM” keyword, which, as I mentioned above, toggles between showing the rim on shadowed areas or not. This adds a new shader variant for Unity to compile, you can get more insight on shader variants and shader features from the tutorial on the VFX master shader.

Lines 36-50 are just the redeclarations of the properties above (minus the “_ShadowedRim” as we don’t need it in the shader) and in lines 52-58 there’s the “Input” struct, containing the separate UV coordinates for each of our three textures: the _MainTex, _Normal and _SpecularMap.

Below the “Input” struct, there’s the “SurfaceOutputCelShaded” struct, which is a custom struct that passes information from the “surf” method to the lighting model. It just contains the bare minimum for the lighting model to work and all those fields actually exist in the “SurfaceOutputStandard” struct, but I chose to make a custom one in case you need to add more fields yourself later.

I’ll go through this here, cause all the juice is obviously in the lighting model.

In line 102, I just sample the main texture and multiply the result with the main color, and the whole thing’s RGB values are then assigned to the “Albedo” field in line 103.

Line 104 is where I sample the normal map and unpack its values to assign them to the “Normal” field and, in line 105, I get the red channel of the specular map which I multiply by “_Glossiness” to get the overall amount of specularity of the object.

Then, in line 106 I just multiply the albedo color with “_Emission” and assign it to the corresponding field, and in line 107, I assign the alpha value of the calculated color to the “Alpha” field. That’s pretty much it.

In lines 68-91, I define the lighting model for the cel-shading, and here’s where things get exciting.

First of all, the name of the method should be “LightingCelShaded” because I mentioned in the #pragma above that the lighting model will be called “CelShaded”. The parameters of the method are:

Starting up, in lines 69-70 I calculate the lighting based on the object’s normals and the light direction. I first calculate the classic N•L which I then modify in line 70. I first divide the result of the N•L value by “_LightCutoff” to adjust the area of the lit surface, then multiply the result by the number of shadow bands we want, round the result and divide it by the number of shadow bands. So, if we were to use 4 bands, we’d first multiply the N•L by 4 (so it’s now in the [0,4] spectrum), round it (so the values we get are either 0,1,2,3 or 4) and divide it again by 4 so that the resulting values are either 0, 0.25, 0.5, 0.75 or 1.

In lines 72-74 I calculate the specular highlights of the material. First, in line 72, I get the direction in which the light hitting the object’s surface would be reflected, using the handy “reflect” method. Then I get the dot product of the view direction and the inverted reflection vector and I use the inverted “Smoothness” value of the struct object as a threshold for the resulting dot product. The whole thing is multiplied by the specular color to be used in the final color result.

In line 76, I calculate the rim color. I get the inverted fresnel value by subtracting the dot product of the view direction and the object’s normals from 1, then I use the inverted value of “_RimSize” as a threshold for the step method and multiply the whole thing by “_RimColor” to use it later.

In lines 78-79 I just round the attenuation value (so it’s either 0 or 1) and then make a “shadow” field which is made up by multiplying the rounded attenuation value with the shading value calculated in line 70.

Finally, in lines 84-88 I assign the final color to the RGB channels of “c”. If the “SHADOWED_RIM” keyword has been enabled, the rim color is added to the main color before the whole thing is multiplied by the shadow value, so there’s no rim lighting on the dark areas of the model. Otherwise, the rim is added after the main color is multiplied by shadow, so it’s added on top.

This is a quite fun shader to play around and experiment with. There are a bunch of factors that can affect the result, especially the environment lighting of your scene. This setting can essentially color your shadows, so you could end up with some quite interesting visual results!

See you in the next one!

The code in the shader tutorials is under the CC0 license, so you can freely use it in your commercial or non-commercial projects without the need for any attribution/credits.

These posts will never go behind a paywall. But if you really really super enjoyed this post, consider buying me a coffee, or becoming my patron to get exciting benefits!

This is a reposted article from Harry's blog, who kindly gave us permission to publish it on our website.