Ricardo Flores, an Animator at Bioware, gave a talk on the player animation production for Anthem – combining Mocap & Keyframe, linking movements, adding personality, and more, – and recommended a few books and videos for aspiring animators.

Hey there, my name is Ricardo Flores, but I go by Rico.  I got the nickname in Highschool since I used to look like Rico Suave. My look changed but the name stuck!  I was born in Guadalajara, Mexico, but my mom moved us to the U.S (Texas) when I was around 9 years old.

I am currently the Player Animation Lead on Anthem here at Bioware. I studied animation for 4 years and graduated from the Arts and Technology program at the University of Texas, Dallas, 2008.

Like with everything else, I started small. My first animating job actually happened at the University where we were making a prototype of a Cultural Training simulator for the military done in Unreal. It was very low paying work with low stakes, but it was the first time I was actually paid to animate. I believe that these kinds of jobs are invaluable to most people starting out in the industry, reason being is that these gigs essentially give you 40+ hours a week of paid time to improve your skills. Compare that to splitting time between another full-time job and animating on nights and weekends to try to get better. No contest.

I had 3 of these short contract jobs before landing a job at Naughty Dog (which also started out as a contract for Uncharted 3) 3 years after graduating. Basically, I needed 3 more years of training before my skills got to the level required. I think as a student you need to have realistic expectations, most people don’t just land at Naughty Dog straight out of school, and while many of these smaller jobs can be low-paying or shady in their practices (personal experience), they are still the best way to break into the industry that is getting more competitive year by year. So students, please think carefully before you refuse an opportunity if it doesn’t meet your standards. It could be the best thing to ever happen to you! 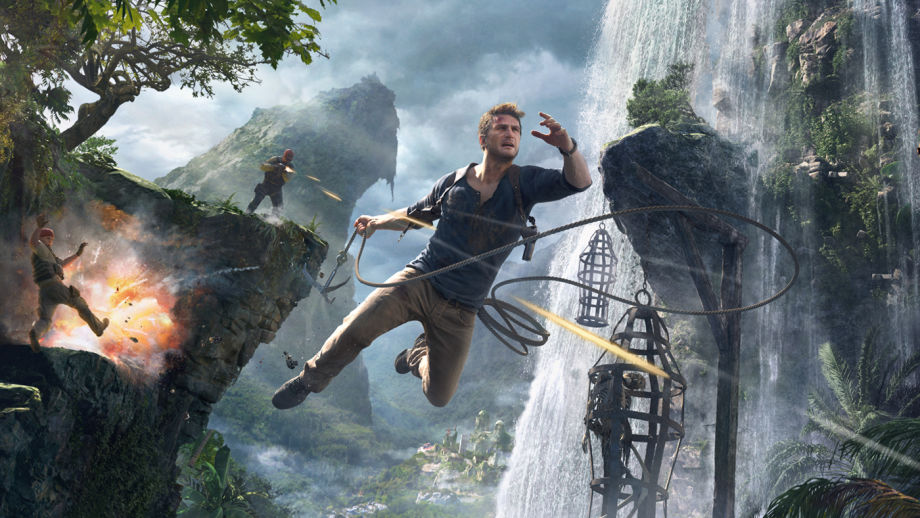 Once I started working in AAA I really loved it. It was the opposite of my first job, a high-paying/high stakes work. I feel I show the best results under high pressure in deadline-driven environments as it helps me focus. I have the tendency to get distracted if I get too much time to work on something, so AAA environments are a good fit for me.  But it was and still is hard to ship big titles and every shipped game is a monumental achievement for the individuals involved considering the amount of coordination required to create it (literally hundreds of people for one AAA project) over a long period of time (2-5 years). I definitely try to take the time to properly celebrate each title I ship, as I spend on them big chunks of life (I worked on Uncharted 4 longer than I was in high school!) 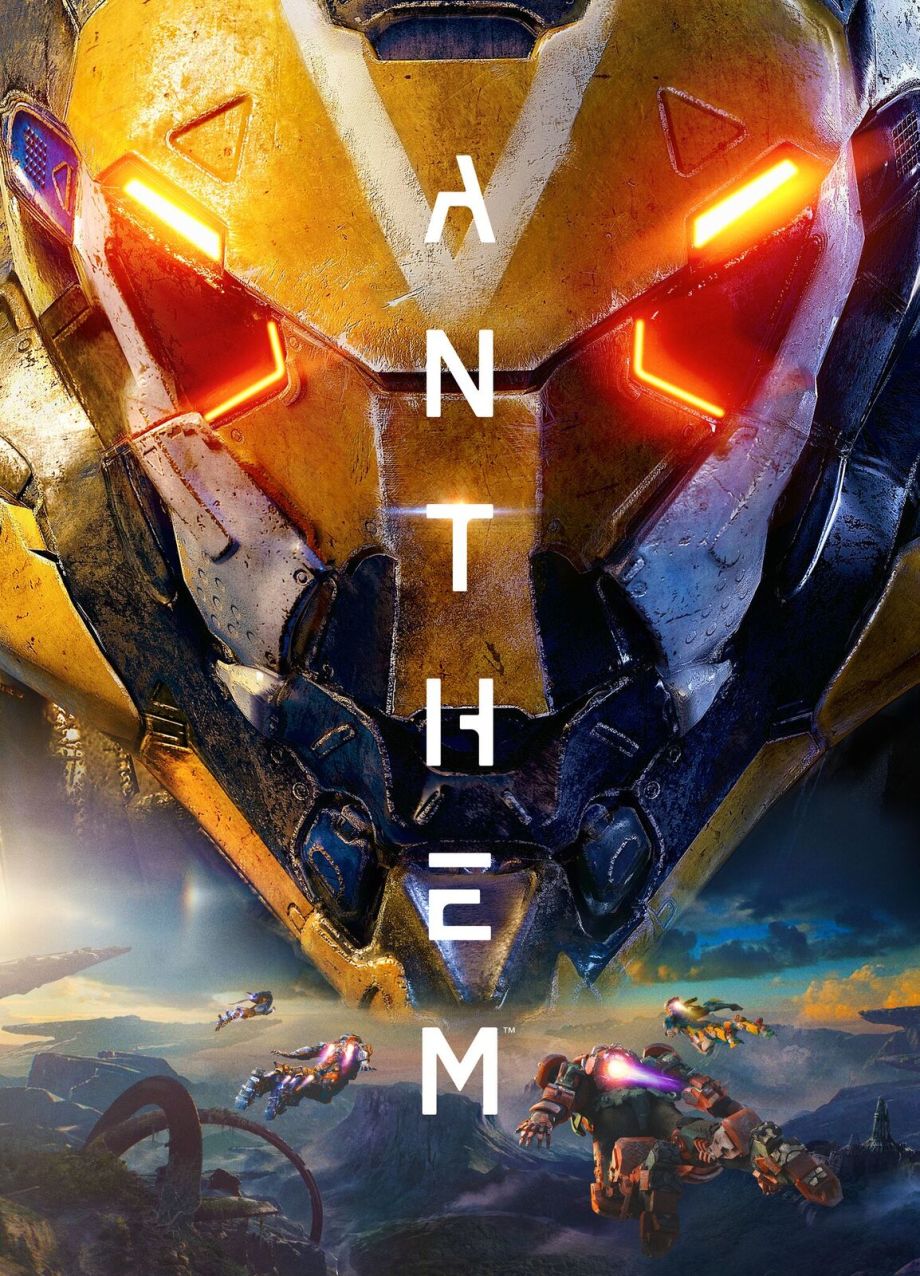 Each specific project will have its own set of animation needs and requirements, and just like building a house, different parts of the job will require different tools. I like to look at Mocap as a tool for animation which means I use it when the job calls for it. With Anthem we were shooting for a grounded/realistic animation style that also adheres to action game timing to complement gameplay mechanics, so we used both Mocap and Keyframe where each was needed.

Let’s look at Locomotion/Traversal. Even though you are playing in mechanized power suits, they are still bipedal with a scale that closely resembles humans, so the audience expects them to move very similarly to a real person. Here Mocap was a perfect fit.

For things like Melee, I liked to start with mocap, then edited the data pretty massively to get things feeling/looking how I wanted them to.

Finally, for things like Flight/Magic Abilities/Gear, we generally just keyed from scratch. Basically, it involved things that were very difficult/impossible to mocap or that were so short/snappy that using mocap would be a waste of time and resources (things like recoils/grenade throws, etc.)

We could have tried to key everything, but because of the realistic style, it would be both difficult to match the results of mocap and entirely too time-consuming for a smaller sized animation team like ours (Player Animation fluctuated between 2 and 4 animators throughout the production).

Mocap treatment ranged from slight pose/timing tweaks to massive timing/pose adjustments with multiple takes spliced together, with some keyframed actions on top.   This is the reason it’s important to know good keyframing fundamentals. That way you don’t rely on mocap as a crutch. Instead, it’s more of an amplifier for creativity as well as speed/quality. Here is an example of some mocap I used vs the end result.  These are heavily edited and took me a few hours to polish vs a few days if I would have tried to key them from scratch.

The restrictions generally fall into two camps: Animation style and Game Metric restrictions. Animation needs to match the style we’re shooting for (realistic) while at the same time adhere to game metrics, which, for a shooter, can sometimes be pretty extreme in terms of timing. I feel like with Anthem, we struck a balance between grounded and responsive animation that not a lot of games have achieved. One of the ways to get that was to have short snappy blends in traversal/combat actions (1-5 frames blend) and anticipations that overshot the blends slightly to still allow you feel some weight to the action even though your button press got very fast feedback. 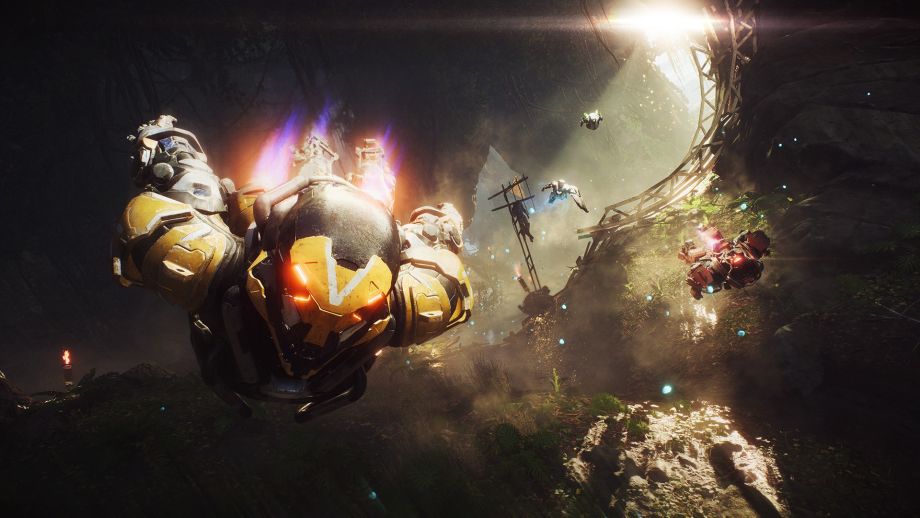 The weapon animations were pretty fun. These are purely keyframed so the planning is similar to any other keyframed piece for me (blocking/splining). Let’s take a reload, for example: first, I start gathering reference, in this case, tons of gun videos from YouTube for inspiration (you should see my YouTube recommended tab now!) Then I look at the Metrics, how long the design wants this animation to take, etc.  I use this to come up with what the performance needs to be and a number of beats that feels satisfying with the timing required. Within these beats, it’s also nice to add some personality where you can (i.e. get creative). Sometimes the timings are too short for that, but in the case of the heavy weapon, for example, you have a longer reload time. Here I tried to find a creative way to eject the clip that would eat up some time (that’s what I mean when I say add personality). Early in my career, I had a tendency to just animate the action in the simplest way possible, but nowadays I’m always asking myself where I can add something special (personality/texture/rhythm) in every animation I work on.

I think building weight in the animations is the most important part.  This is why I prefer to use mocap for traversal even for a game like Anthem. Mocap has a pretty weighty and natural feel by default (something that is very hard to keyframe) so it is good to use it as a base. Then you can just polish it like if you were keyframing animation and work on things like adding more anticipation, shakes/overshoots, etc. to get the things to feel real nice in-game. 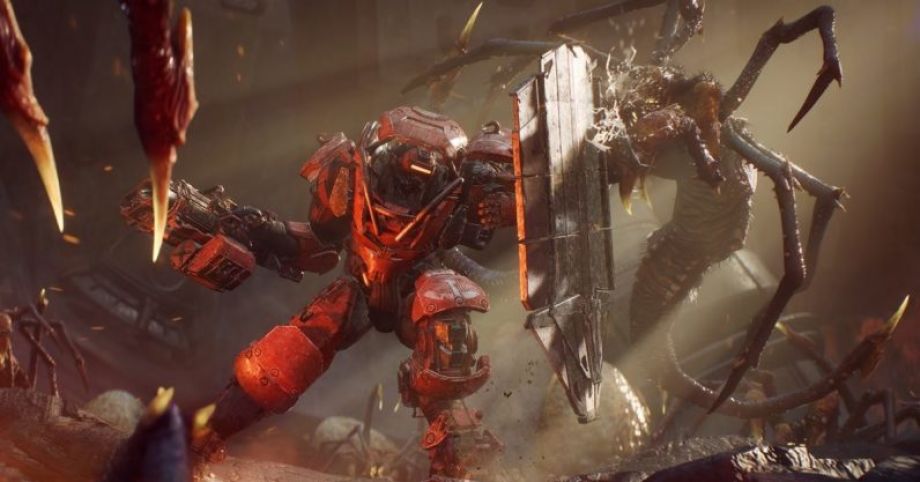 The trick here is to allow most mechanics from each other as well as tuning branch windows between them aggressively. This allows you to chain mechanics together very quickly. This is a signature feature in making Anthem feel great when playing, and a lot of it comes from tuning animation in a specific way around metrics.

In terms of getting melee animations to flow together (the way we did it for Anthem), I’d say don’t get used to using stuff you captured with mocap stage 1 to 1.  Sometimes you find out a more creative way to link things together once you’re at your desk messing around with the mocap and putting things in-game. Leverage your tools to help you be more creative! Nowadays it’s pretty easy to plug in some re-timed mocap into the game to test combo flows. For example, the Interceptor melee combo was captured in a different order but I changed it in-game to something that flows better. 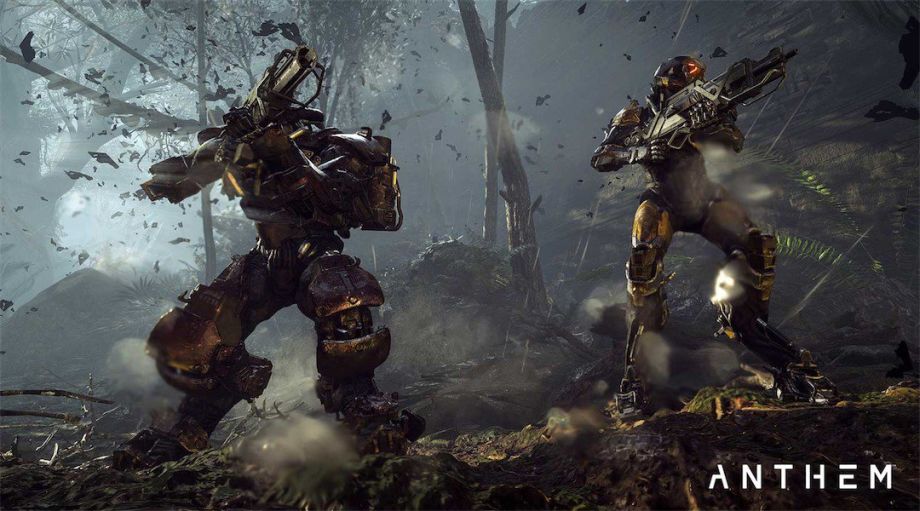 In terms of books, I like The Animator’s Survival Kit by Richard Williams which has a lot of great breakdowns of things like walks. There’s also the How to Cheat in Maya series, I got the 2010 version by Eric Lutha but they went all the way up to 2017 with different authors now. This series is specifically focused on animating in a 3D package (Maya) and has a lot of great tips.  Speaking of animation in games specifically, there’s Jonathan Cooper’s Game Anim book which focuses on how animation is used in games (very different from film/tv).

Youtube is also a great resource for visual learners (like me!) There I’d recommend Alan Becker’s visual breakdown of the 12 principles of animation:

Keith Lango also released his whole video tutorial library for free to the public. I used to watch all of his free videos in college – a wealth of knowledge from one of the greats in 3D animation.

The last thing I’d recommend is to find some mentors, for example. people you work with. You don’t even have to know them personally though, just animators you admire. people with a level you aspire to achieve someday. This was invaluable for me and helped to figure out where I wanted to go in my career as well as simply receive valuable critique. Try to get feedback from all your peers by the way as good things can be found in any piece of feedback and it is a healthy habit. When you’re looking to improve your skills, feedback from people who are better than you is one of the best tools available (that is what a teacher is, essentially). But even if you can’t get feedback from your mentors, having their work to look at for reference/comparison/inspiration will always be a great tool.

Some mentors for me when I was at school were (and still are) Keith Lango, Cameron Fielding, Kiel Figgins, Richard Lico, Brendan Body. Nowadays, I have a lot more (including many people I’ve worked with) and with Twitter, it has become much easier to find new ones!