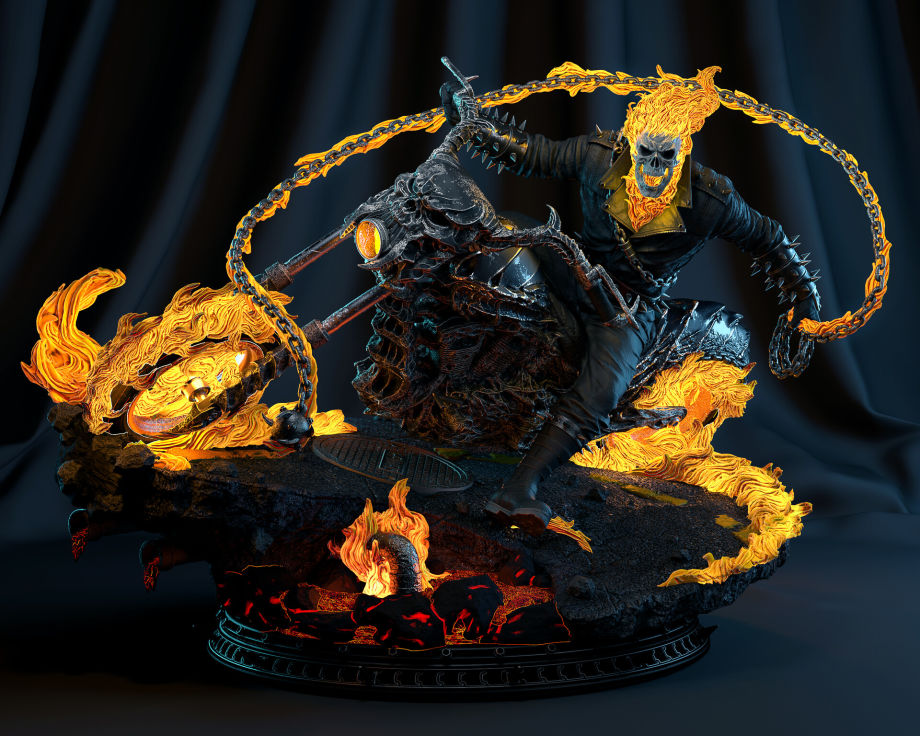 Hello! It’s been a while since we talked last time. I’ve been working a lot lately, but this is good, right?  The last times, I worked on some projects at prime1 (Joker, Bloodborne, Warhammer, Alien, Ivy Poison), made some private commissions and worked on some personal projects. I work in partnership with a company called Mixed Dimensions that will produce and sell the statuettes our of my characters. 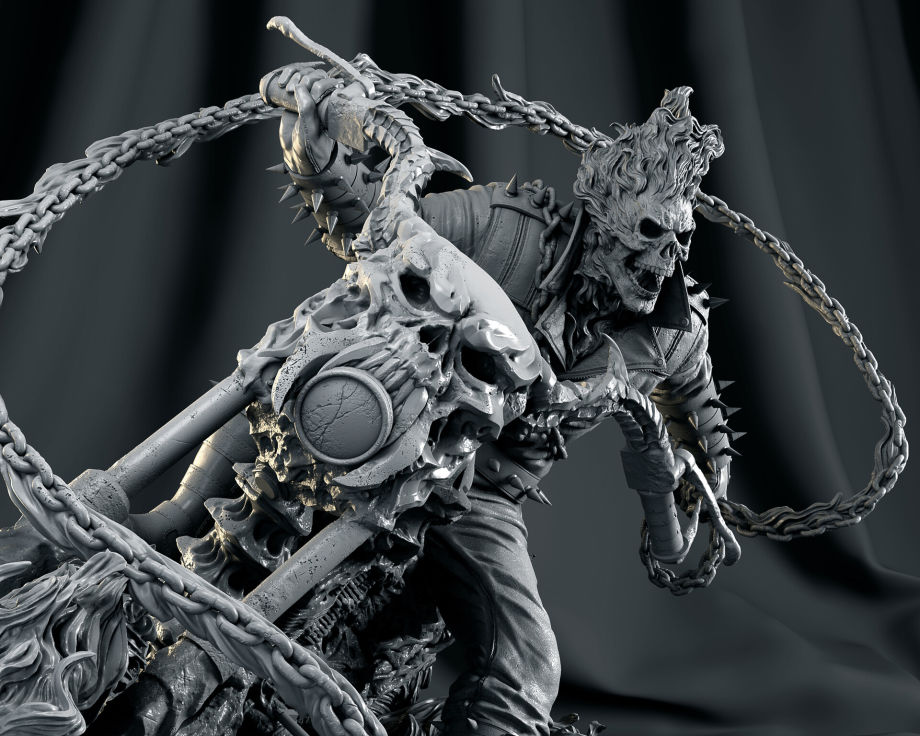 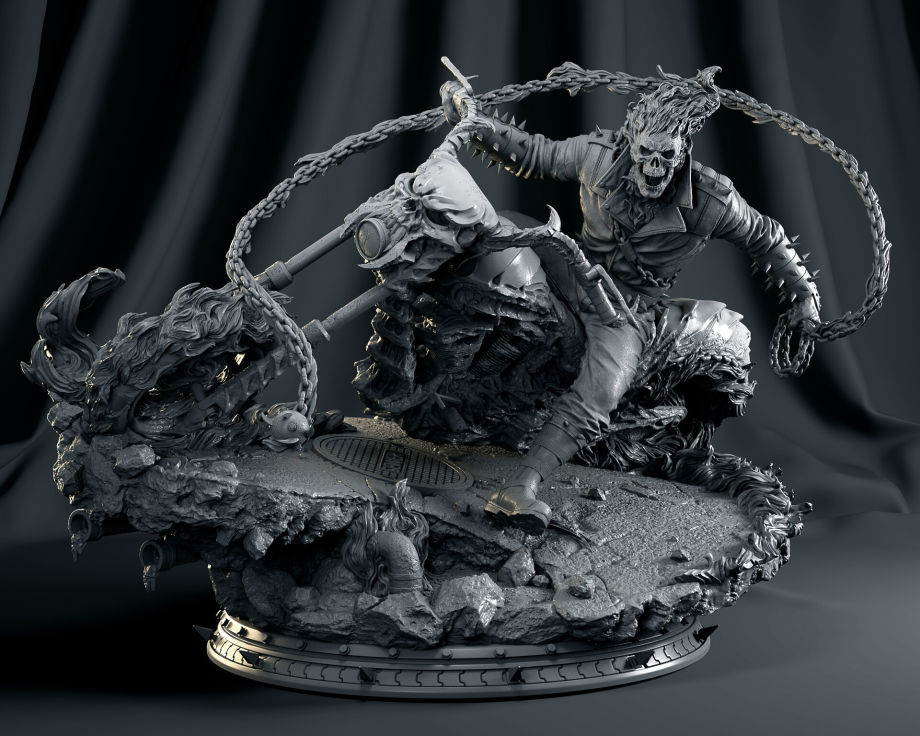 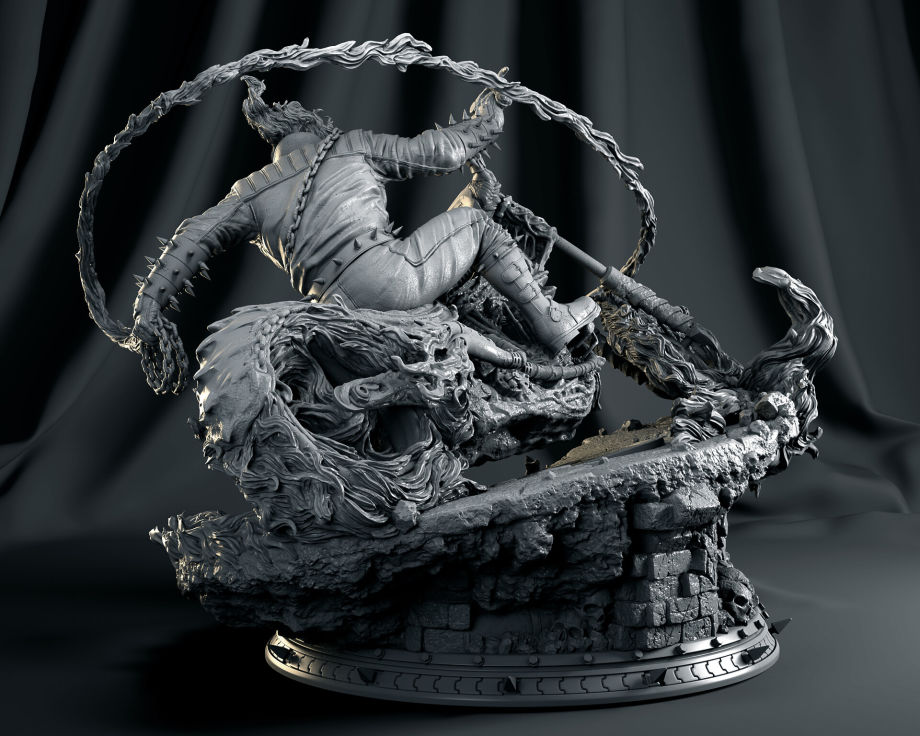 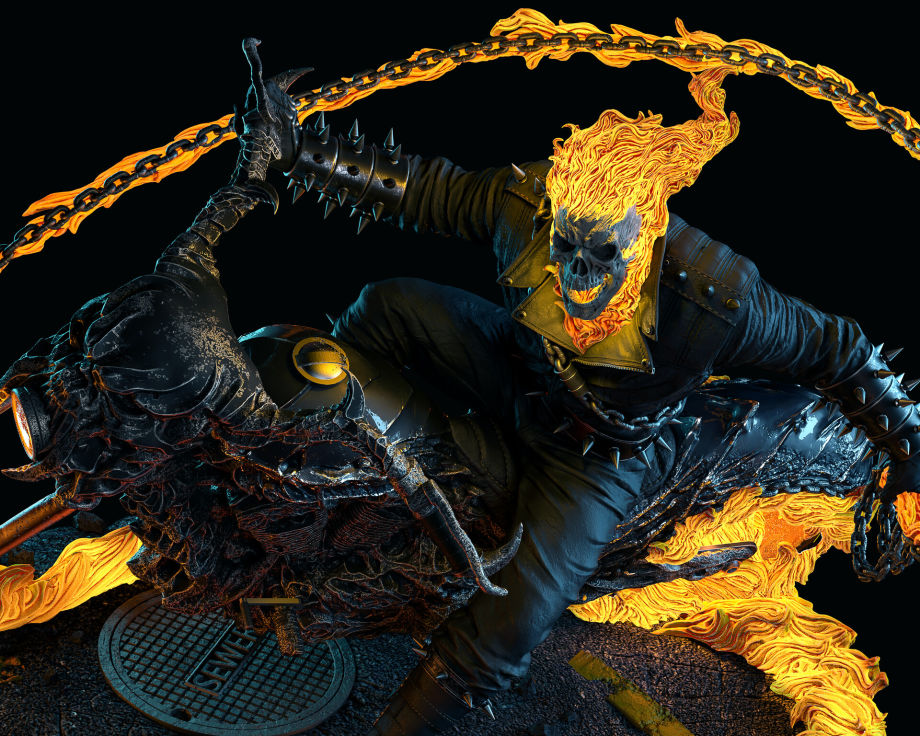 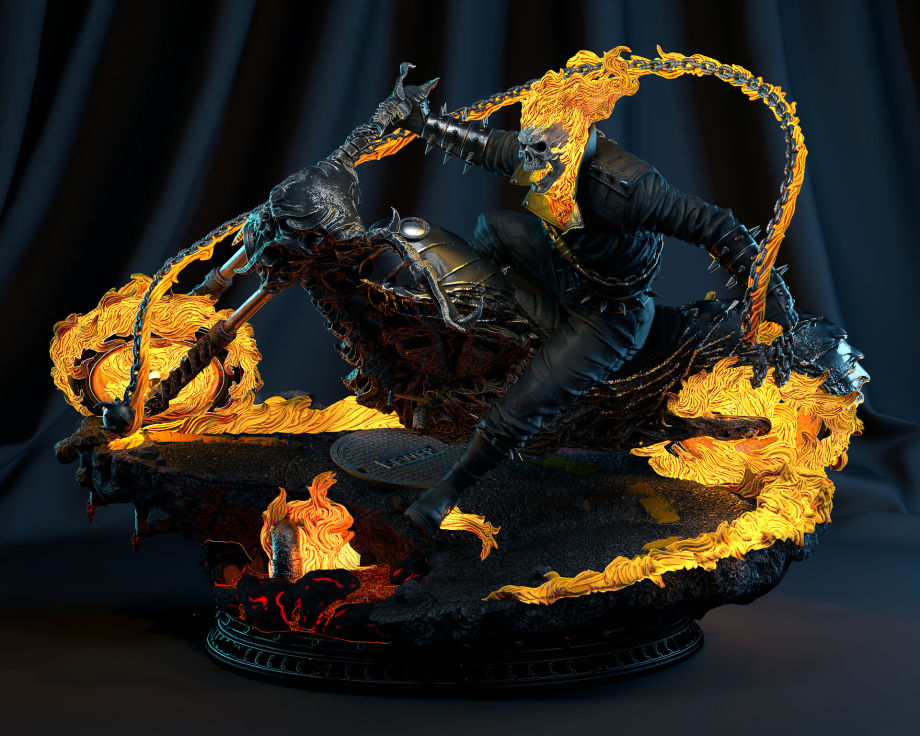 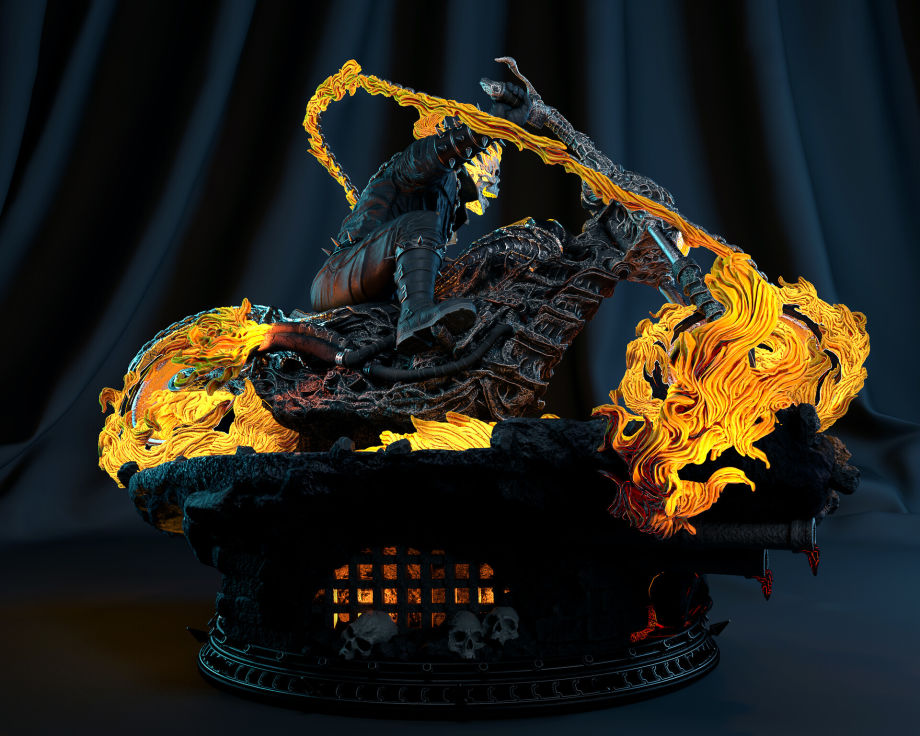 The idea for the bike was to mix design elements of the movie and comics. The motorcycle in the movie has a polished chrome motor that looks like it has been melted, but I also wanted to give an impression was also burnt and not just chrome. Other details were based on motorcycles I saw in the comics.

The modeling technique applied to the fire was similar to that of the hair. First I made a blocking with the brush Clay Buildup, then applied details with the DamStandard brush. 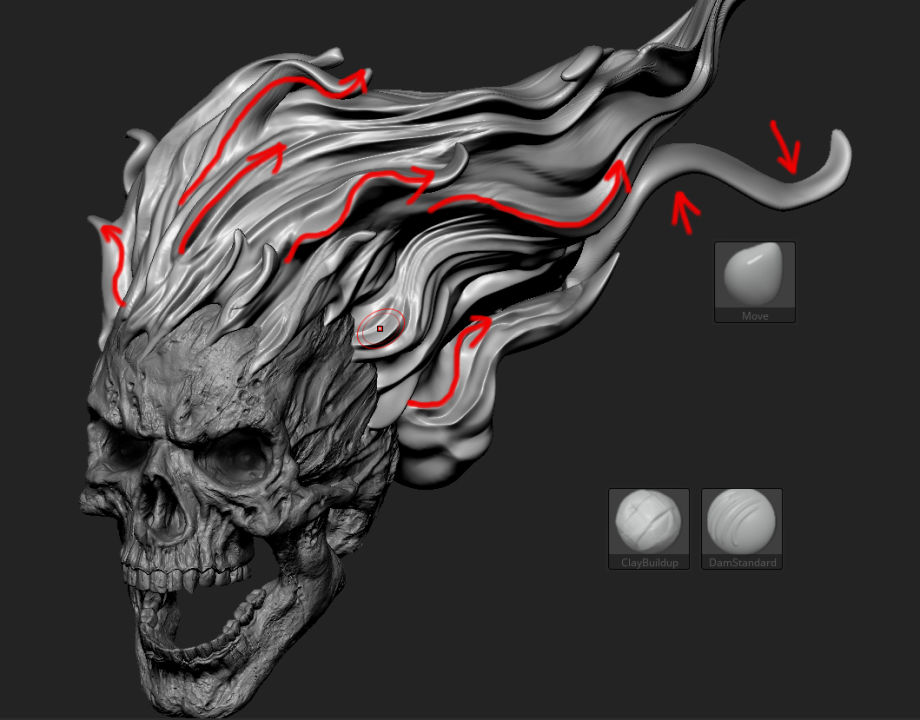 For the bike, I first made a  low poly block and later started to apply the details. These parts were very simple to do. First, I worked with several separate elements to define the shapes, then joined everything with the merge option and later dynameshed. 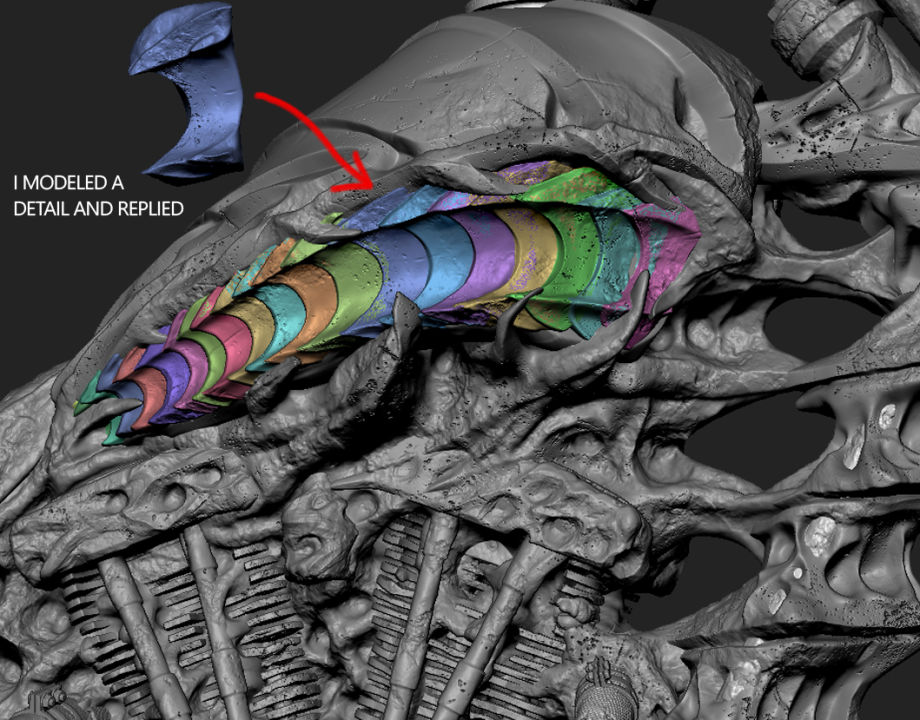 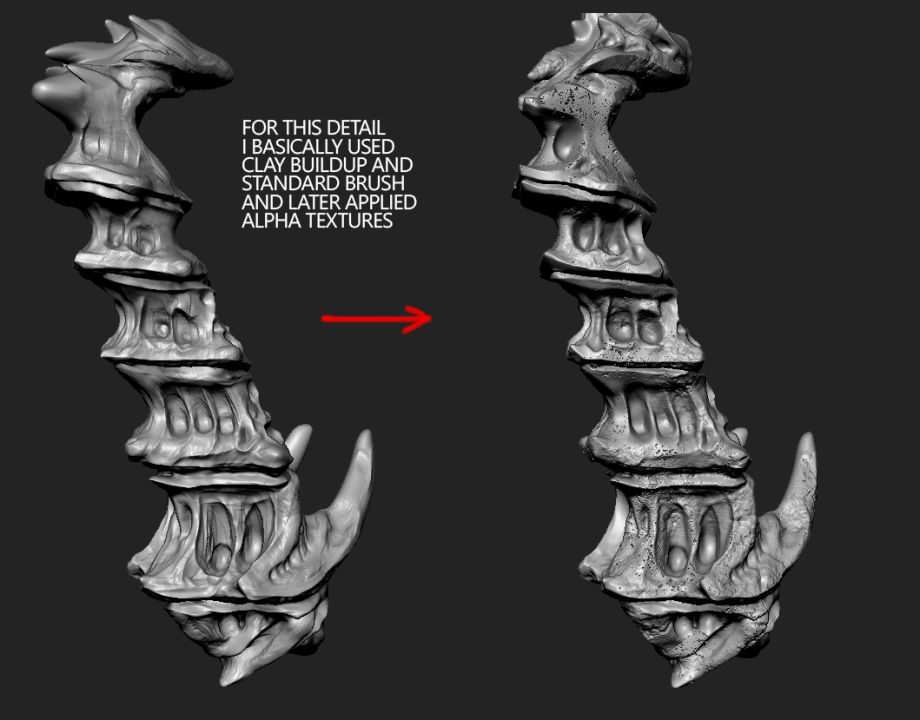 The clothes are all sculpted. First, I do the primary forms in a neutral pose and then add the details of folding, stitching, and texture when I do the pose of the character.

For the folds, I look for many references for clothing with the right kind of material that I will sculpt. For the way the folds behave, I look for references in a book called Dynamic Wrinkles and Drapery by Burne Hogarth. 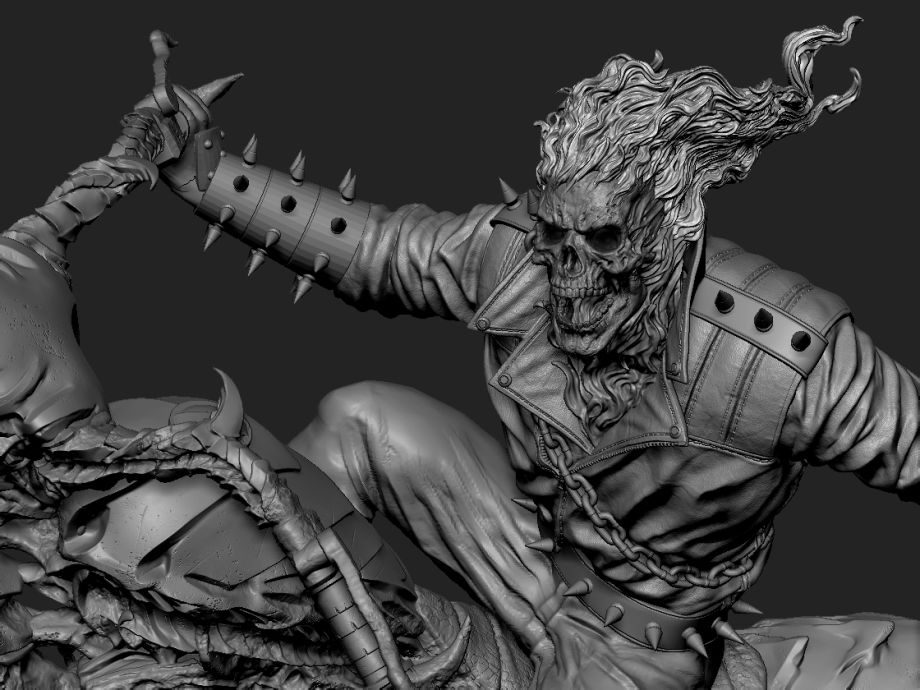 For the pose, I usually make several drafts and try to make the elements of the piece convey movements. I try to bring attention to the character through the curves of these elements or get some rhythm as well. It’s a constant learning process.

The materials were done in Cinema 4D using Redshift. For the fire and the part of the metal, I basically used the same technique: I worked with 3 types of materials mixing them in one. I have a main material, one for cavities and another for more edge details. For the fire effect, I also put a lot of point of lights along the fire. Plus, I use an area light to illuminate the character. 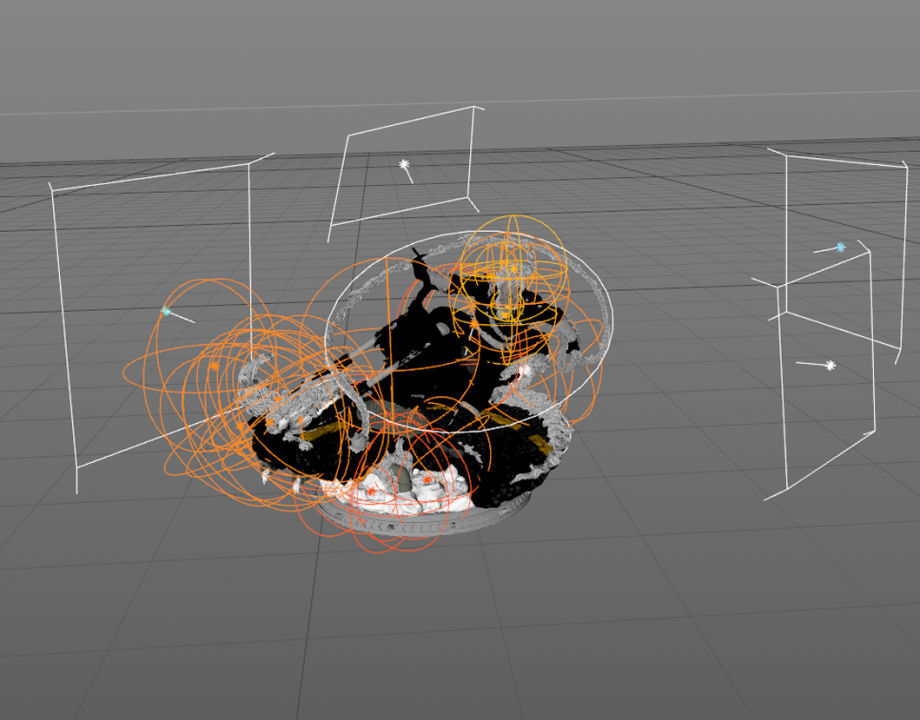