Game developer Yu Lingyao talked about the production of his unusual indie game Unknown Sequence. The project is being created with the help of Unity and boasts some pretty amazing art-direction.

My project is called Unknown Sequence. It can be summarised as a procedurally driven survival game where you have to craft weapons and overcome your genetic flaws.

I awaken from the shattered cloning tube. Cold and shaken.. Something has gone very wrong and my memory is still a blur. But gradually i realise the planet is sentient with murderous intent..

So many questions on my mind.. How is this planet self aware? Why is it dark all the time? Why am i in a cloning tube? I have died multiple times to the creatures and machines that inhabit this planet but yet i always ended up in the cloning tube, inflicted with different genetic flaws. I have to learn how to overcome my genetic flaws and maybe.. even use it to my advantage. Luckily my memories have always remained, even on death, which i am grateful but painful at the same time.. And this allows me to memorise crafting recipes for weapons and utilities to aid me.

That’s the setup for the game and a hint of what the gameplay will be like. The storyline will also be revealed as the player progresses. The main character will be portrayed as someone with a tragic past trying to discover the truth behind all this madness.

At each start of the game, you will be inflicted with a genetic trait/flaw due to imperfections in the cloning technology. For example, nervousness where weapons misfire occasionally but makes you more aware of movement in shadows, weak shoulders makes you unable to handle high recoil weapons properly, mitochondria overdrive which accelerate your healing when near death and so on. You will have to really understand your flaws and craft items accordingly to fully utilise it. I think this part of the gameplay will be an interesting area for the player to explore.

Next will be crafting weapons and utility items. I think crafting adds to the mood of the game. For example, you will always have to decide if you want to store this component to craft into better weapons later or use it now just to survive. It’s like choosing flat penetration or percentage penetration for your runes in League of Legends if you get what i mean. Having said that, the crafting in this game won’t be a complicated full blown affair but enough to procrastinate the player’s decision. The weapons will range from ballistic to energy based weapons which will be good against organic and mechanical enemies. Ammo will be scarce if you do not ration well and you might end up using a high-powered laser cannon as a hammer instead..

Lastly, the level layouts in this game are procedurally generated every time. This allows me to just focus on designing interesting modular sections and let the engine mix it up based on certain rules. This also augments the background story that the planet is sentient and constantly trying to confuse the player. 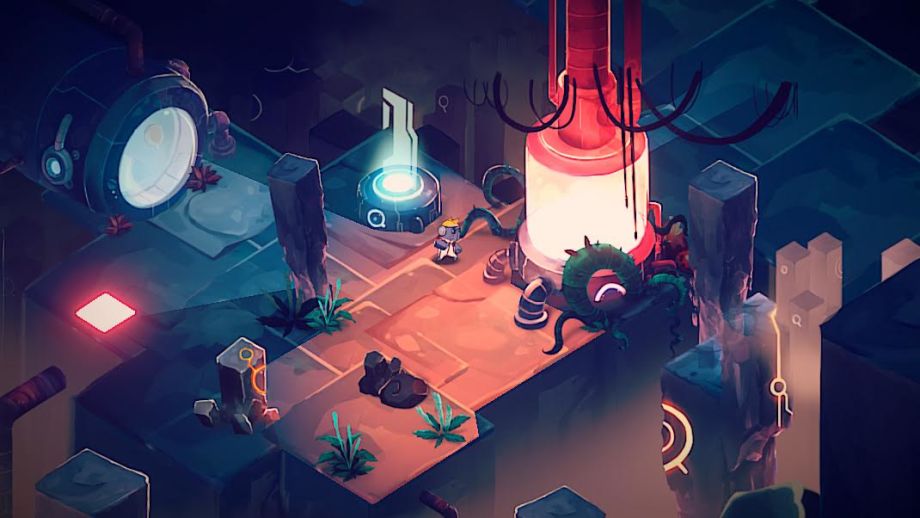 For the art direction, atmosphere that promotes apprehension and moving shadows will be a big part of the visuals to get players into the mood. You will be constantly wondering what’s in the shadows. Some creatures might utilise the shadow regions to get at you or you might use it to your advantage. There is a player field of vision which further enhances this particular mood and also promotes exploration.

I will also be exploring hand-painted visuals with real-time lighting, which i think its an interesting art style for the game. Moreover, the dynamic lights can change the mood of a level drastically. 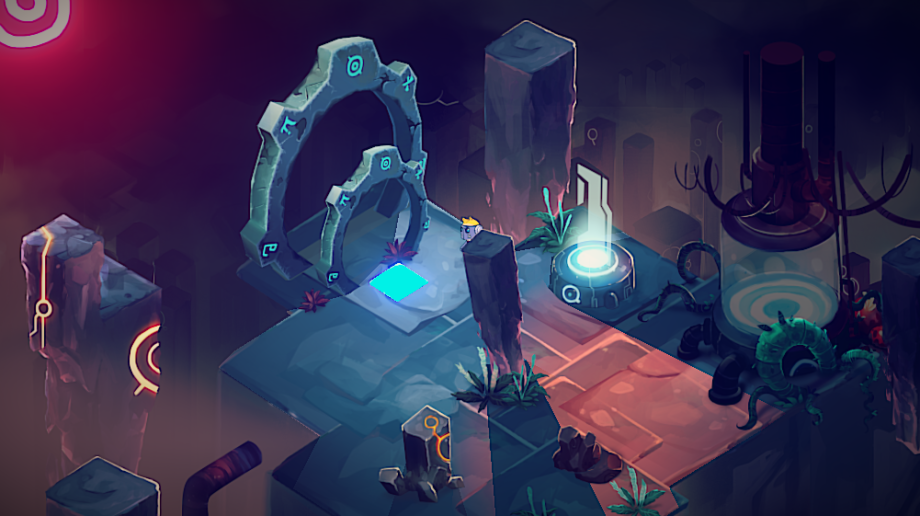 I am using Unity3D at the moment and previously in my ex-company, Ubisoft, I work mostly with in-house engines. The experience with Unity3D has been really good. It allows me to iterate code changes easily, extend the editor and write/test new shaders quickly which is a big win for any indie game developers.

The project is mainly funded from my savings and some occasional contract work. There might be plans to go to Kickstarter but its not my main priority at the moment. Having said that, i am open for new venture funds be it publisher, crowdsource or any contract work. Right now, I am focused on bringing it to Steam Greenlight. As I am a solo indie developer, I really hope you guys can give me the support when the day comes!

You can follow my progress on the following social media links: