Mohamed Chahin talked about low poly artworks and shared the way he approaches his miniatures made in Blender.

Mohamed Chahin talked about low poly artworks and shared the way he approaches his miniatures made in Blender. 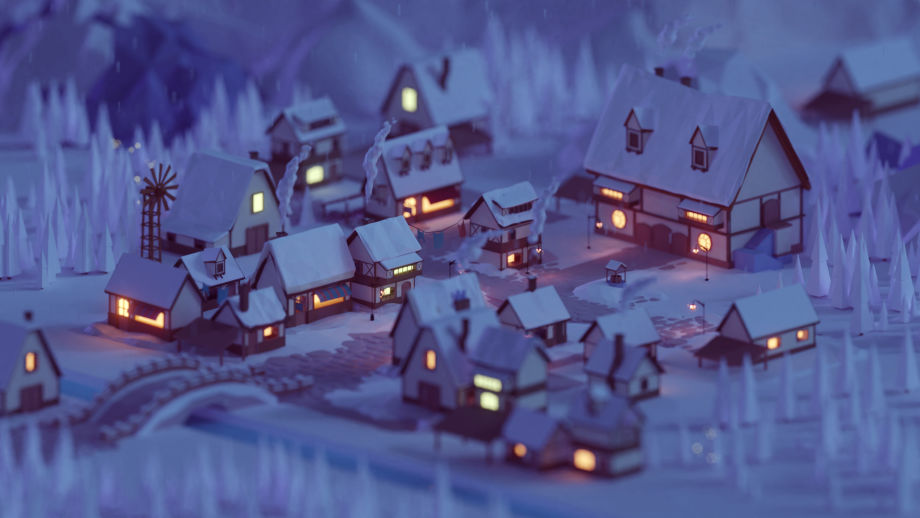 To quickly introduce myself, I’m Mohamed Chahin, an Art Director/3D artist from Alexandria, Egypt. I do all kinds of visuals and I’ve worked on a bunch of game projects, Branding for a few companies and a lot of illustrations for different brands.

My path into 3D production started when a friend of mine and I were checking some work online and saw Jona Dinges’s art. I started learning 3D software solutions, watching tutorials endlessly, trying 3ds Max, C4D and Blender. Once I got my first render I started posting projects like crazy. Those were projects about everything: cities, vehicles, forests, dragons etc. That’s when I started doing freelance projects being in the 3rd year of college.

As for the projects I’ve worked on, I made a few chapters of Agent A with the amazing Mark White. I also worked on visual concepts and a few renders for An Otter Planet, and several games which are still in production. I’d love to work on a game from the ground up. 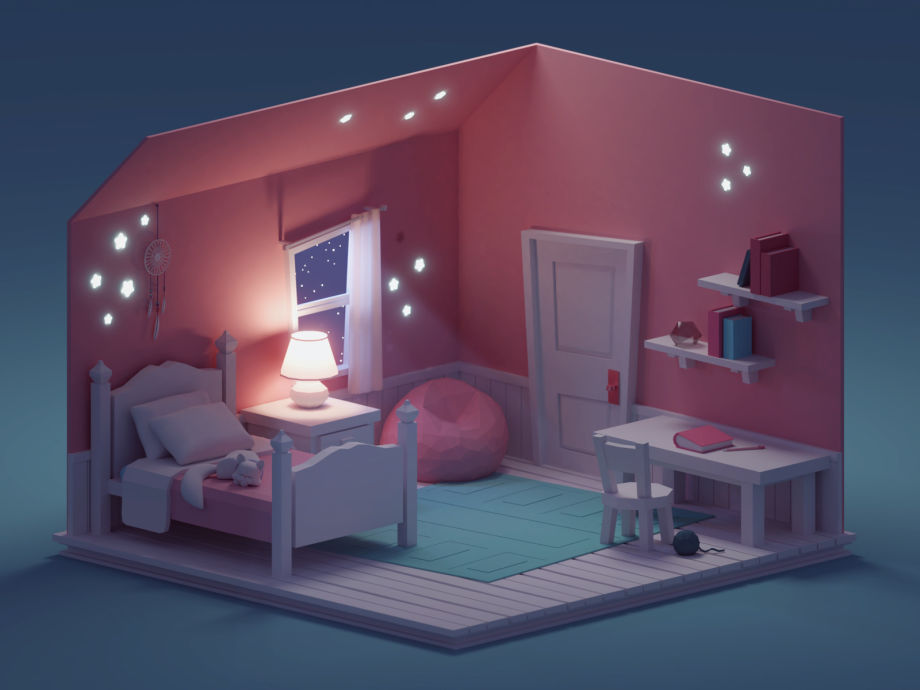 I try to make as many projects as I can without compromising quality. Usually what I aim for is something visually easy, something that you can look at for some time and still think it looks beautiful.

Sometimes I’d be sitting there watching a movie or playing a video game and some idea pops up (most of the time it’s something fun like pirates or monsters or just mythical stuff). I write it down somewhere and make a scene for it whenever I have time. 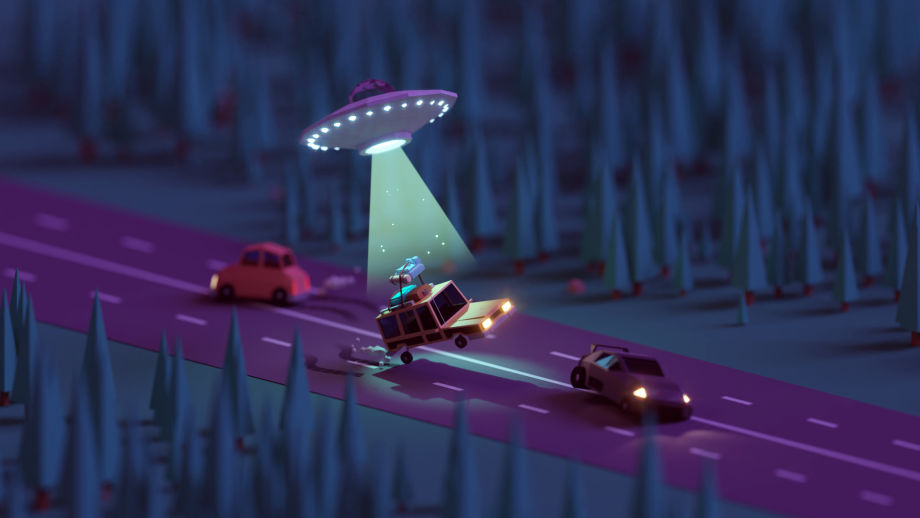 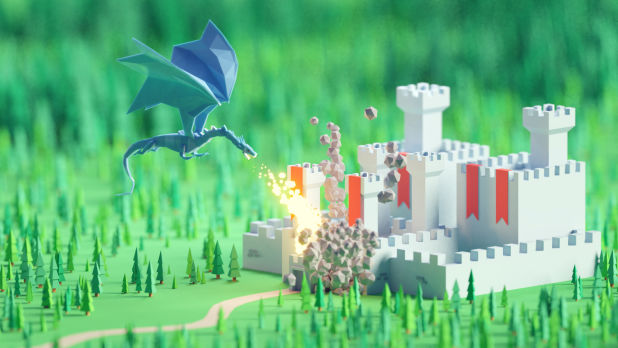 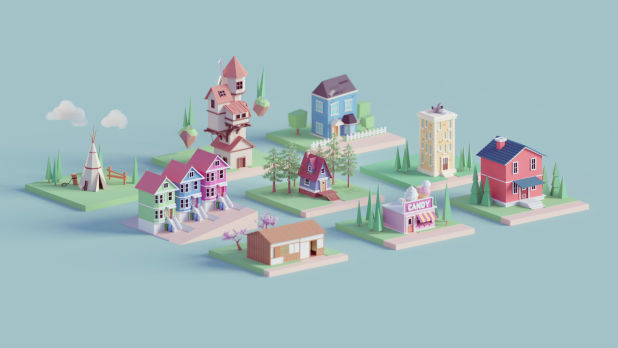 If I have a visual concept it’s pretty straight forward: I just make all the elements one by one. If it’s something I’m creating from scratch I either start with a sketch or skip that and move straightly to 3D. I just start building single objects and see where the scene takes me, it comes quite naturally.

Let’s use the San Francisco scene as a quick simple example. I knew I needed some slanted platform, so I quickly made that. 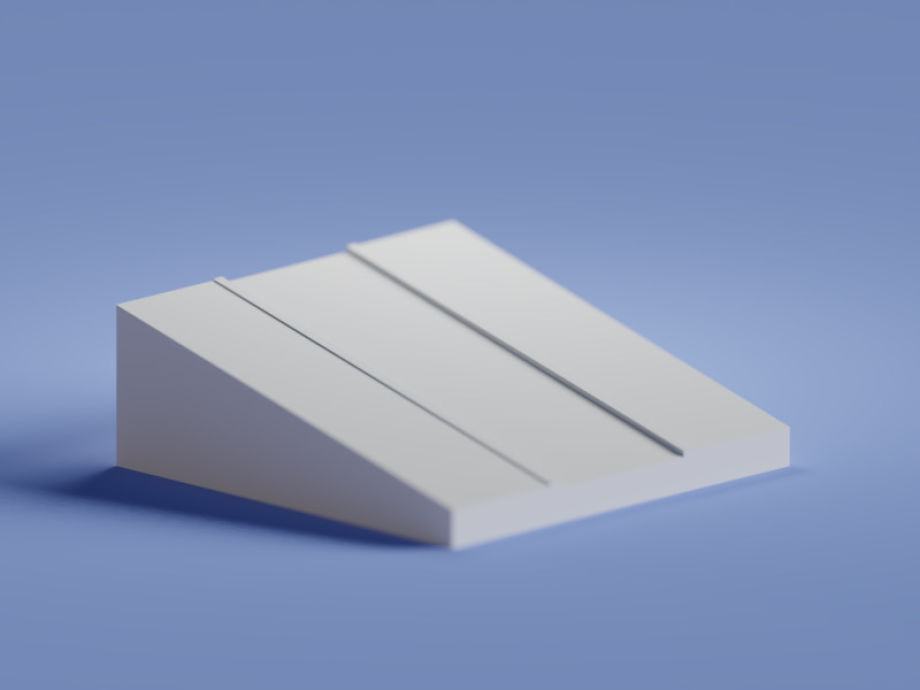 Then came the house that probably took the longest time checking reference photos for the architecture and all. 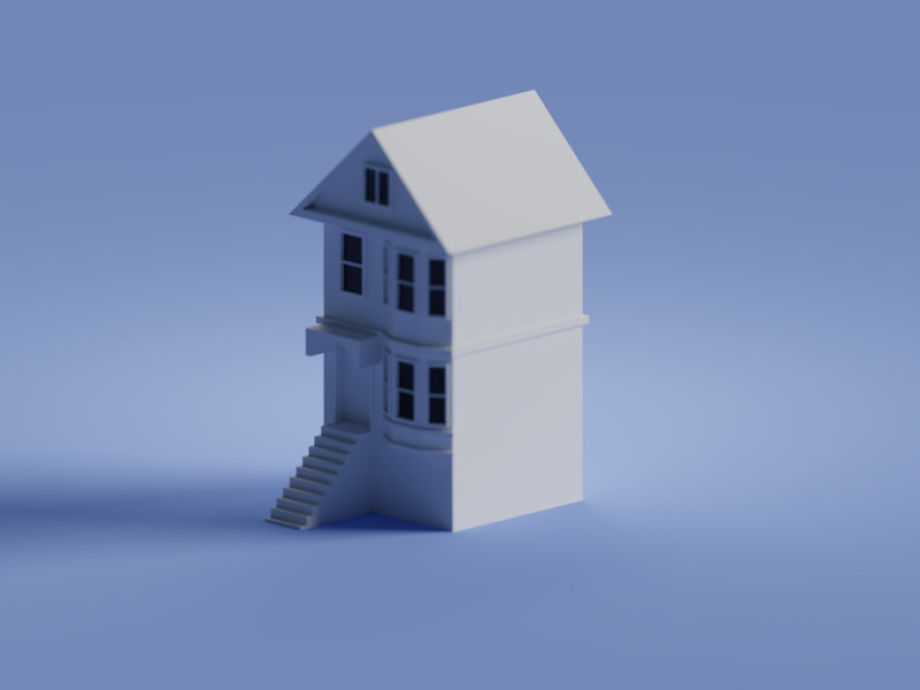 After that, I added the materials, the low poly cars, some items like the clouds, the sun etc.
Tweaked the lighting a bit, then made copies of the house, tweaked each of them and added them to the platform. 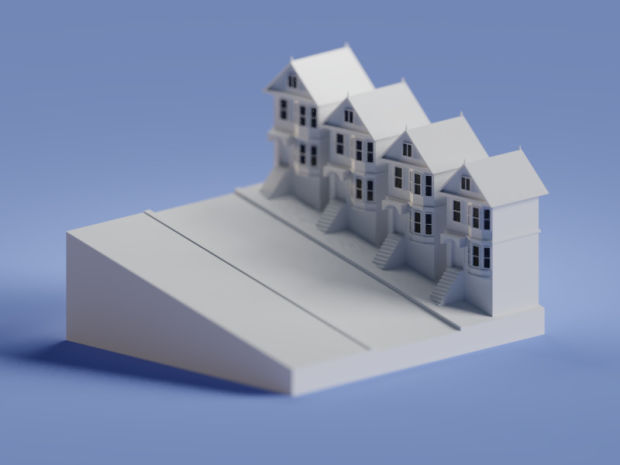 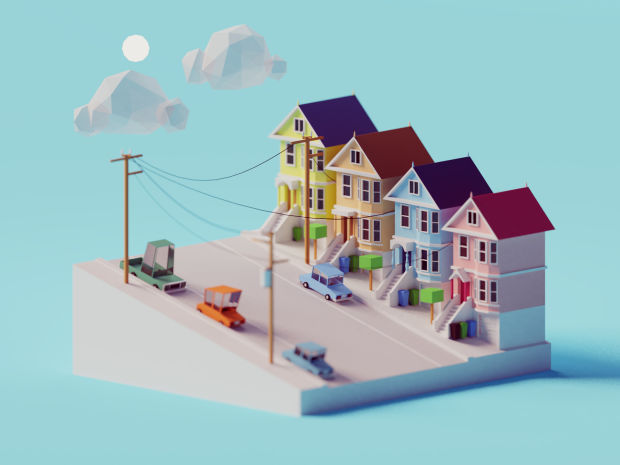 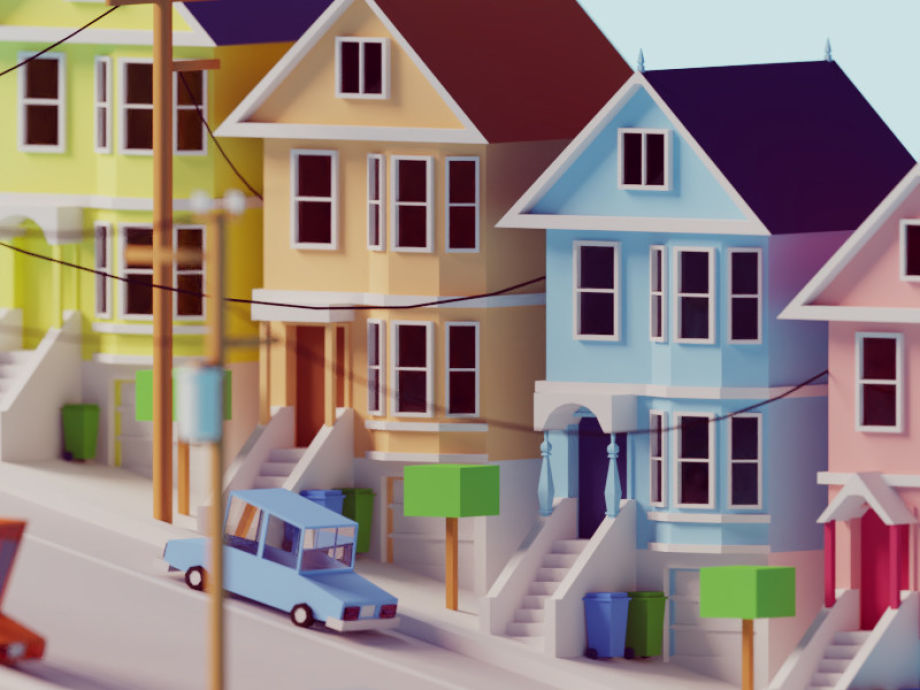 Textures are mostly just diffuse colors. No normal maps, no 8k textures. I actually prefer using flat colors over regular texturing workflow (though with some projects I have to make photorealistic stuff, so I end up using Substance Painter or some high-rez texture from online sources).

A few years ago I actually tried doing a few renders  (Random renders & Campsite) using a few objects and trying different palettes. I got a lot of positive feedback for these renders, so it made me push the limits of the “less is more” mentality in the future projects

I get asked about the lighting a LOT.

I have some constant light sources that are in every scene (though their color, direction, size, and intensity change in each scene). I always have a directional light and an area light present.
Other than that I use extra ones with different scenes: maybe there’s some window which needs some god rays, maybe a computer screen will emit light etc.

Rarely I use some negative light sources so that they absorb light and make certain spots darker. This happens mostly in Halloween themed scenes.

90% of the time I use big lights to get softer shadows, though technically it’s totally wrong since it affects the scale of the whole scene and light sources. I find it visually easier, however. Aren’t we as artists supposed to make beautiful stuff?

I’m a big fan of the Alto games and I like making fan art renders whenever I have some free time.
I did a render way back for the first Alto game, and since I got better over the years I decided to do a project Alto’s Odyssey for the new game.

It’s pretty straight-forward when you have some kind of a visual goal. 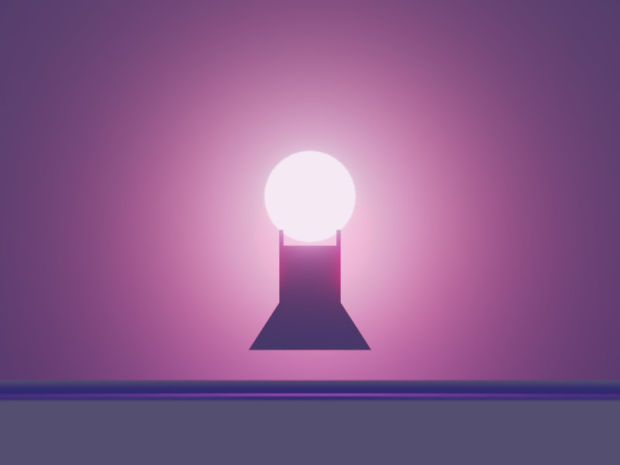 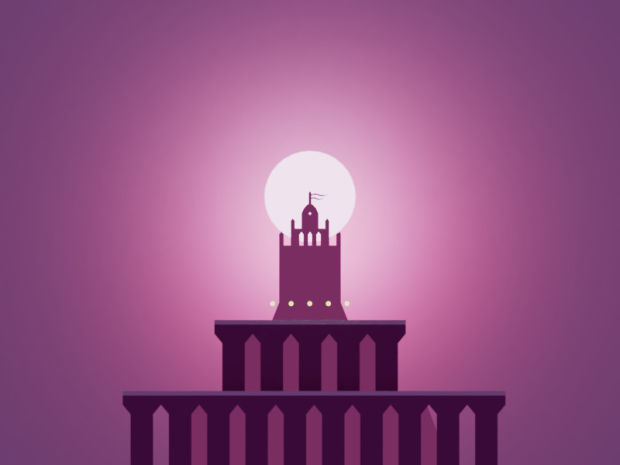 I added the air balloons and the stars in the back which are just simple 3D shapes that emit light.
After that, I checked all the colors so they match closely to what the original game looks like. Added some bloom effect in post-processing, and voila! 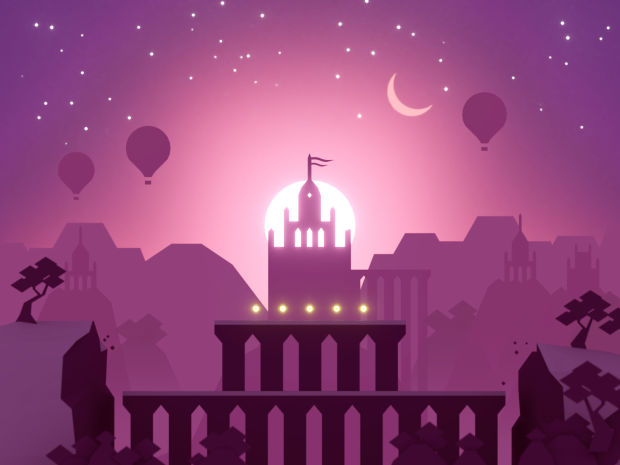 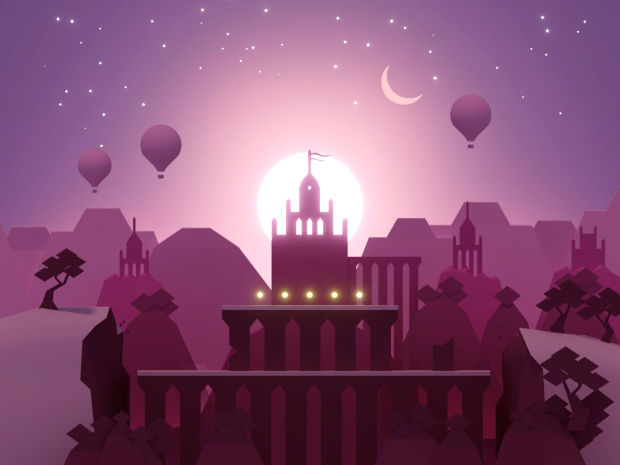 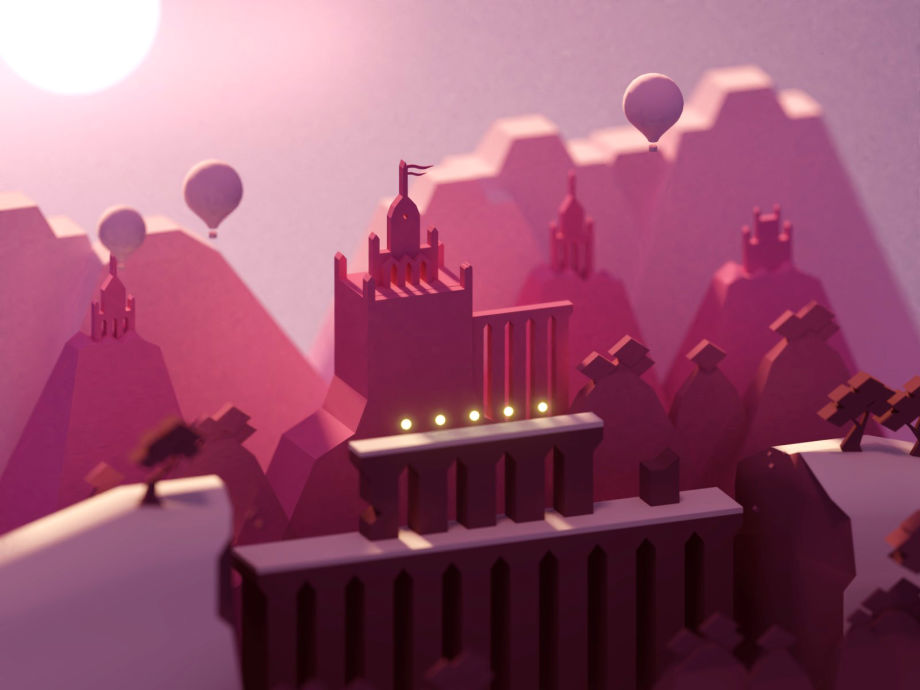 Also, I did an isometric render just to show how all the items are layered one after the other.

Talking about rendering, I try to optimize the scenes as best as I can (poly count, light bounces, etc.) because most of the time I work on tons of projects all at once. The main thing is to optimize them as much as possible without compromising quality.

I don’t have a lot of post-production in the scenes, just some small effects like bloom, AO, some color correction, and adjusting the RGB curves since sometimes scenes come out a bit dark. Most of the post-production is done in the Blender compositor. For some small stuff, I use Photoshop. 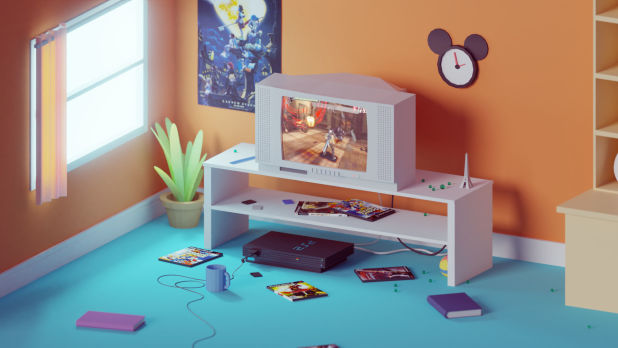 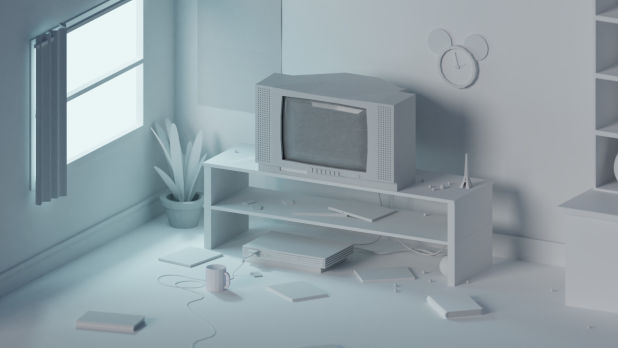