Umar Garcia Tariq discussed how he and his team have been working on Predation, a UE4 project created as part of MacInnes Studios' 30-day Real-Time Shorts challenge.

I am Umar Garcia Tariq, a Filipino/Pakistani film director and cinematic designer. I used to make video-game cinematics (machinimas) long before I got into filmmaking, so being associated with CG from the very start holds a special place in my career. I won a national filmmaking competition with my first machinima, “Revenge Will Come”, which drove me to pursue filmmaking professionally. I was fortunate to have experienced working in almost all stages of production whether live-action or animation including three feature films. It has developed my understanding of how it all comes together. In 2016, I made the exciting transition to directing and have produced live-action films for various regional and international clients.

With all the live-action commercial work, I was still making machinimas in GTA 5, ARMA 3, and Battlefield using various mod-tools. I have even used some of these tools to create storyboards for my live-action projects. 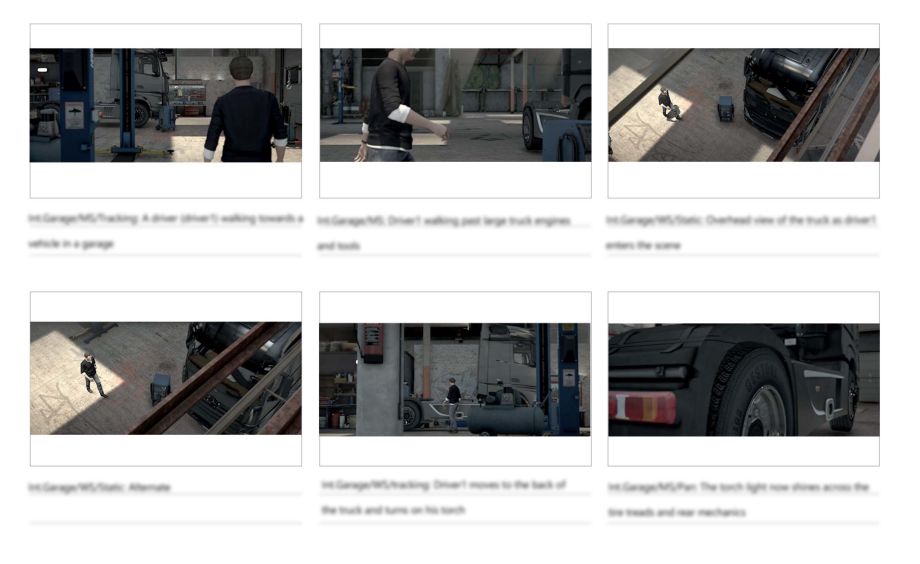 I was self-taught only until recently when I enrolled in independent short courses and workshops on film. The curiosity of learning made me tap into various sectors of media production, from VFX tracking/compositing, 3D fluid simulations to rigging and mocap work and then editing, sound design, and even colour-grade.

As a kid, I used to play with my father’s camera. I guess that’s how every filmmaker starts their journey but throughout my career, I have been operating the camera in various capacities as B-cam, 2nd unit, and even cinematographer on later projects. And now with the emergence of virtual production, the application of real-world cinematography on virtual workflows is a huge benefit.

After reaching the limitations of using video games to create my shorts and of course COVID halting productions, I have been wanting to dig into Unreal Engine for its open-source system and powerful real-time rendering capabilities. While going through the documentation, I came across MacInnes Studios’ 30-day Real-Time Shorts challenge. The challenge supplied all participants with high-quality character assets created by MacInnes Studios. We were required to produce an animated short film in 30 days using Unreal Engine. I guess that was it. I took the plunge along with my compact team of collaborators. The reason for participating in the challenge was to motivate ourselves to dive into the UE system and that was our only goal. Coming out as a runner-up was a huge morale-booster.

Since the assets selected were Navy SEALs and I had yet to figure out how Unreal worked we decided to pay homage to the classic monster movies/series of the 80/90s. Go retro in our theme and focus more on action and atmosphere, have the characters explore an environment with danger lurking around them. We thought of caves and forests, but I wanted an Urban setting. Hence the subway train station.

Predation is about two Navy SEAL units that are sent in to investigate a crash site after radio contact is lost with all search and rescue units. 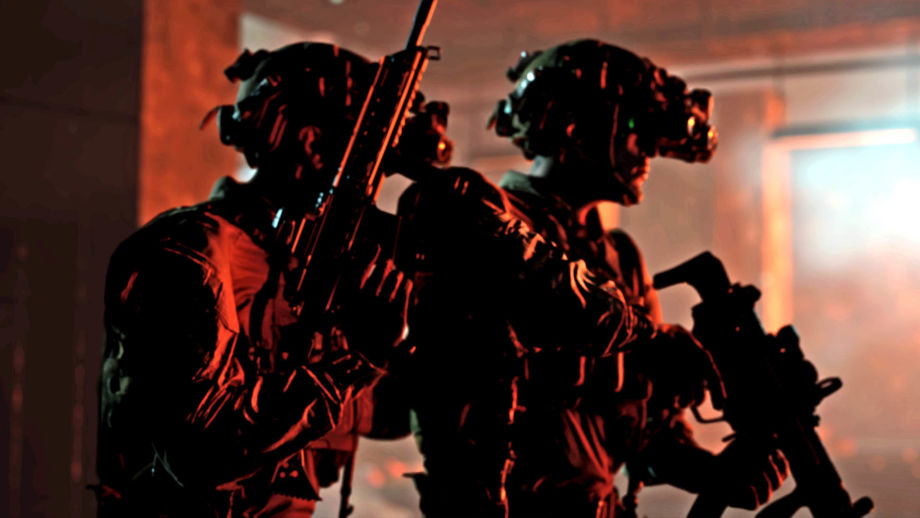 Even though it was an animation challenge, we approached it like a proper production and put together an efficient workflow so we could meet the deadline. Instead of creating assets from scratch, we kit-bashed and used pre-made assets to build our world. The artists focused more on building rather than creation. To make an effective team it was necessary to understand each other’s point of view and how they approach the project. Every artist works differently so it must be taken into consideration before starting a project. When seeking out collaborations with other artists, I share my vision of the project and references in terms of where we want to go and let them bring their ideas to the table, give them the reins to take initiative. In the end, it should be about making the film better. That should be the motivation.

Since it was decided early on that it was going to be a tribute to an era of classics, we picked up the city of New York for the train-station and that helped us move forward in making all art-related decisions rather quickly. The Aliens franchise is our most obvious inspiration but X-files, Tremors, and The Thing were also recollected. The visual aesthetic was to look realistic, so we tried to maintain that. We shot it on cinemascope aspect ratio to make the station look larger, emulated camera motion using an IPAD as a handheld camera and simulated optics such as anamorphic flaring within Unreal Engine. Usually, I do refer to a storyboard but with such a dynamic tool at your disposal, you can try out composition and placements as you go.

The credit for the Navy SEALs goes to MacInnes Studios. They specialize in creating high-quality virtual characters and in this case, they made use of 3D photogrammetry scans to create the soldiers. The weapons were modeled by an amazing artist known as “Polish”.

We wanted to implement cloth simulation but due to time, it was not possible. The wrinkles on the uniform are straight from the photogrammetry scans.

Again, credit for the soldiers’ animation goes to Macinnes Studios. They supplied the mocap data for 3 different soldiers that we modified to match the weapons we were using. The motion capture was done using an infrared-based optical mocap system.

The XenoRaven model was created by character artist Henrique Naspolini. We used Unreal’s Sequencer to fuse multiple animations together to create new ones and then also animated the tail by hand in some shots.

For the rest of the animations, we used a mix of keyframe animation and the Mixamo mocap library. 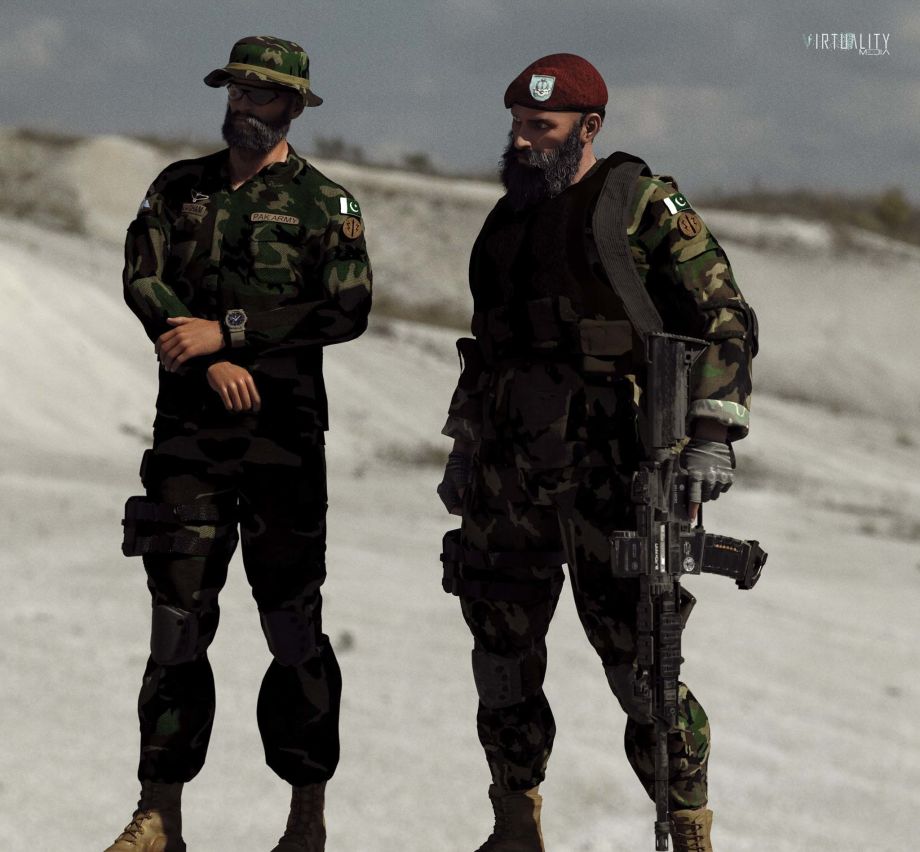 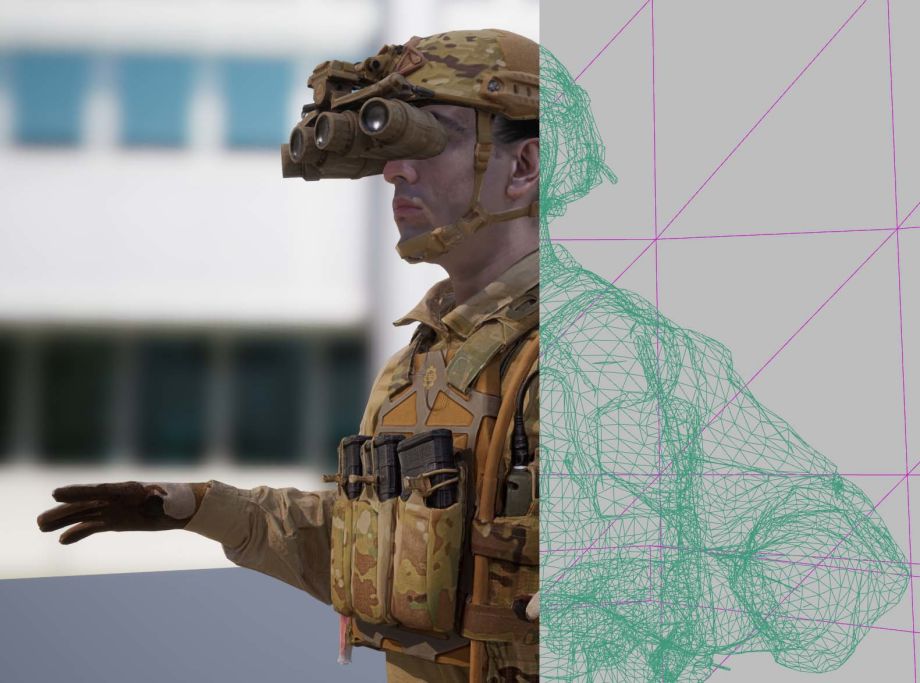 Since the scenes were complex, I started lighting using baked lights for the environment, and once the shots in each scene were ready, ray-tracing was enabled for final lighting tweaks and render.

Around 30% of the shots utilized volumetric lighting wherever light shafts were needed so the whole fog system had to be replaced for those scenes.

I also used spotlights and point lights with different colour temperatures to create the required colour palette of the film.

The overall dark atmosphere was created using bright burning flames with additional lights to increase the illumination radius of the fire which created the highlights and outlines around the edges. Spot and point lights were used for moonlight fills along with layers of fog and indirect illumination powered by ray-tracing.

All fire and smoke effects are using UE’s built-in particle system including the newer system called Niagara. Each fire emitter had custom parameters for its expansion and overall simulation. Flickering lights surrounded by steam and smoke sold the effect well.

For gunshots, we opted for a traditional method of compositing and tracking an actual muzzle flash over the rendered footage. However, the gunfire flashes on the character were created in Unreal using a blueprint.

The biggest advantage of UE4 is rendering in real-time with very high-quality results. It is a game engine at its core but now with Unreal’s focus shifting towards the movie industry, there are tons of new features that enable us, filmmakers, to bring our visions to life. You can create sequences that may not be possible in live action unless you’re a big studio with huge budgets. It’s a powerful tool that’s empowering creators to just dive in and start building their worlds and with more access to motion capture technologies, GPU-based simulations, and photogrammetry, I can’t wait to see where this goes.

The film is currently in post-production and will be out on our YouTube channel.

We had CG backgrounds but never used Unreal Engine in any of our projects before. So this was the first time, and it was our biggest challenge.  Animation was also one of the challenging domains as we had high-quality mocap data supplied by MacInnes for the soldiers so we had to come up with a decent balance for the rest of the characters including the creature.  We also wanted to implement full facial animation in some of the scenes but couldn’t finish it for the trailer.

Also, the scale of the short film we were attempting was daunting since it involved multiple characters.  But with the availability of massive learning documentation, sample projects, and an active supporting community, we were able to do it and in fact, plan to do more.

We are currently working on the post-production for Predation and character development for two original IPs, an animated series based on espionage and deep-cover special operations. It involves plenty of action, assassinations, and of course disguises.

We are also developing a concept for a period series set around the 8th century.